HORNELL — The Wellsville girls basketball team knew Hornell was coming around and back to full strength for the first time since Dec. 10, 2021.

But not even Hornell coach Brian Dyring expected the well-oiled offensive and defensive machine to run so well.

With nine player scoring and players subbing in and out, Hornell defeated Wellsville, 60-45 Tuesday night.

“The key was just having the depth back and playing how we want to play with continuous full-court pressure,” Dyring said. “We were able to plays kids in shifts, every few minutes, keep sending people at you. We haven’t been able to play that way since the third game on Dec. 10.”

When Wellsville made a run in the second half to cut the lead to one, Hornell (11-4) responded with an 18-0 run.”We kept the pressure up, everyone had a defensive impact and on offense. 9-of-the-10 players scores and we were able to run an uptempo offense,” Dyring said. “We did this a few years ago and we envisioned this team doing that and tonight we were able to get back to that.”

A month ago, Wellsville beat Hornell, 60-35 in Wellsville.
“We were leading at first in the first quarter, but we ran into some foul trouble and we tried to hold our own in the process,” Wellsville coach Michelle Alvord said. “They got hot, and our half-court defense was good at times, but we had too many live-ball turnovers. Against a team like Hornell, who can capitalize on those, you can’t do that. They’re back at full strength, so we knew we were going to face a completely different team. We knew what to expect, and hopefully this makes us better coming down to the end of the season.”

Like their previous matchup, both Wellsville and Hornell fought their way through a close quarters opening frame, one where it saw the Lady Lions (13-3) jump out to an early 8-4 lead with Marley Adams and Emily Costello leading the charge with a pair of baskets inside.

Hornell would rebound with nine of the next 13 points going their way to take a 15-12 lead after a battle of back-and-forth exchanges.

That ending to the frame would help build what was a sudden and gigantic burst of momentum that saw the Lady Red Raiders score a run that the Lady Lions could not match as the game went on, netting 18 straight points keyed off a strong defensive presence.

The hosts would go on to force six Wellsville turnovers to capitalize on both ends of the hardwood, as well as their three-point game coming to life led by a pair from the hand of Jane Spitulnik who finished with a game-high 13 points.

It would lead to a double-digit advantage that never minimized for the remainder of the game, despite the Lady Lions ending the half with the last six points coming in the final minute, paced by a drought-snapping steal-and-go from Jaelyn Knapp to the basket.

In the third quarter, the Hornell lead would grow to as large as 20 with their three-point game starting to pay dividends, keying off multiple missed second chance opportunities. Despite it, the Lady Lions would attempt to try and limit the momentum gained by Hornell with a strong start to the fourth quarter, cutting the deficit to as little as 14.

But the hosts would provide a response for almost every basket back the other way to keep their cushion against Wellsville maintained until the final buzzer to record the season split in the process.

Also for Hornell,Maddie Moore had 12, Lillian Hoyt scored 11 and Ayla Prior and Jordyn Dyring each scored seven.

The Lady Lions were led by both Marley Adams and Emily Costello, as they each recorded a team-high 12 points, with Costello tallying six rebounds and three steals along the way. Knapp finished with eight points, while Kaylee Coleman added seven points, eight rebounds and three assists. Jaylynn Mess chipped in with an additional seven rebounds.”We had back-to-back big wins, first at Livonia and now against Wellsville because they beat us up pretty bad there, 60-35,” Dyring added.
Hornell hosts Bath on Friday and hosts Way-Co on Saturday, the JV game at 2 p.m. varsity at 3:30.

Wellsville is at Cuba-Rushford at 7:30 p.m. on Thursday. 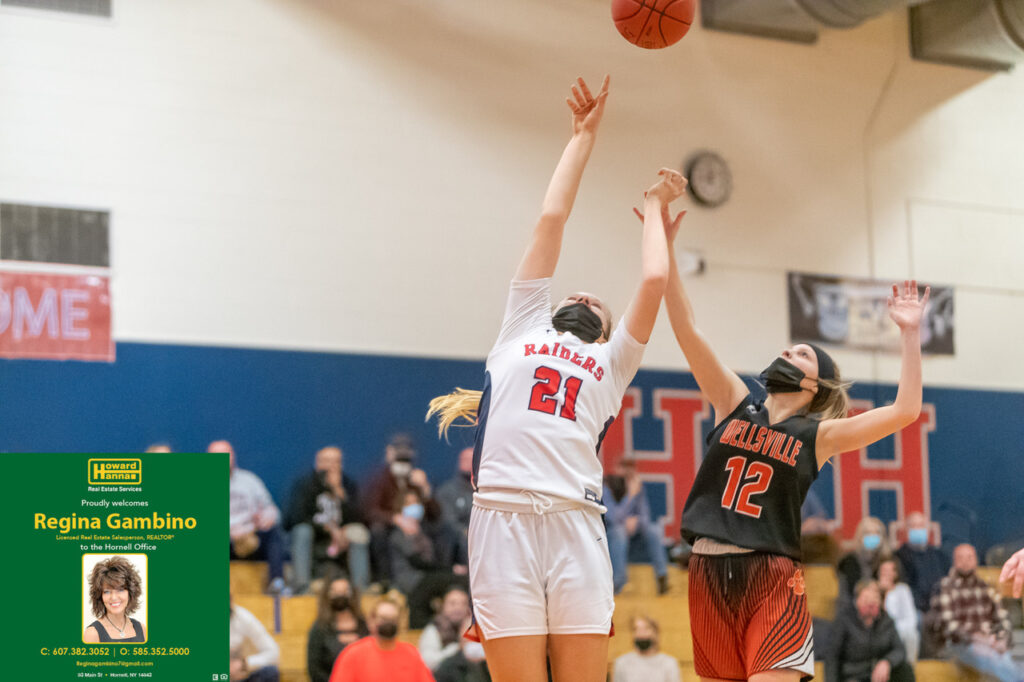 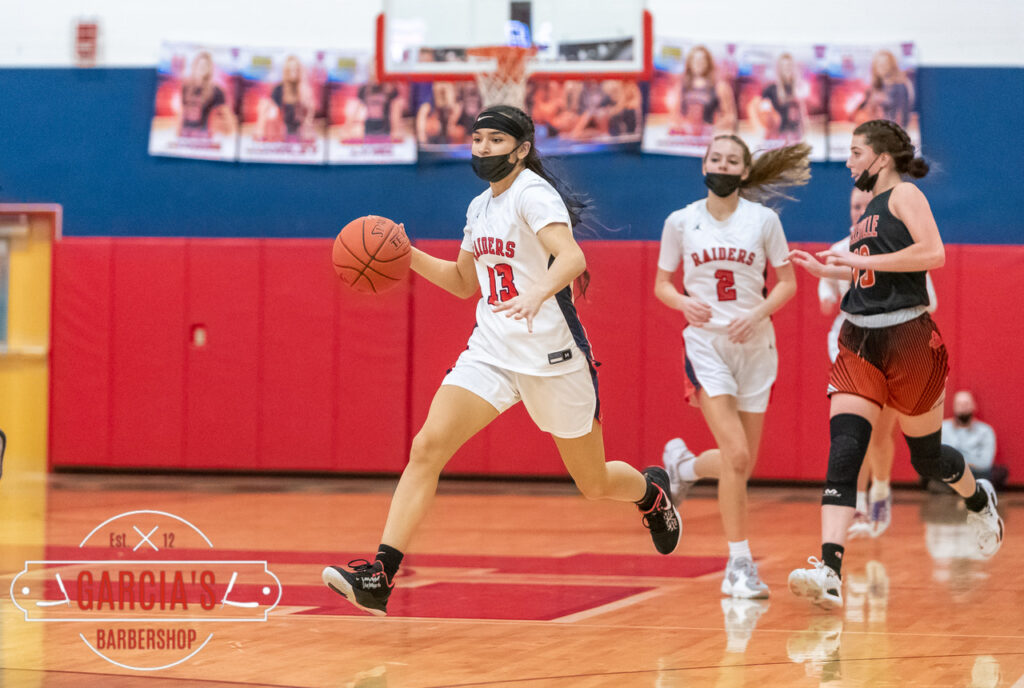 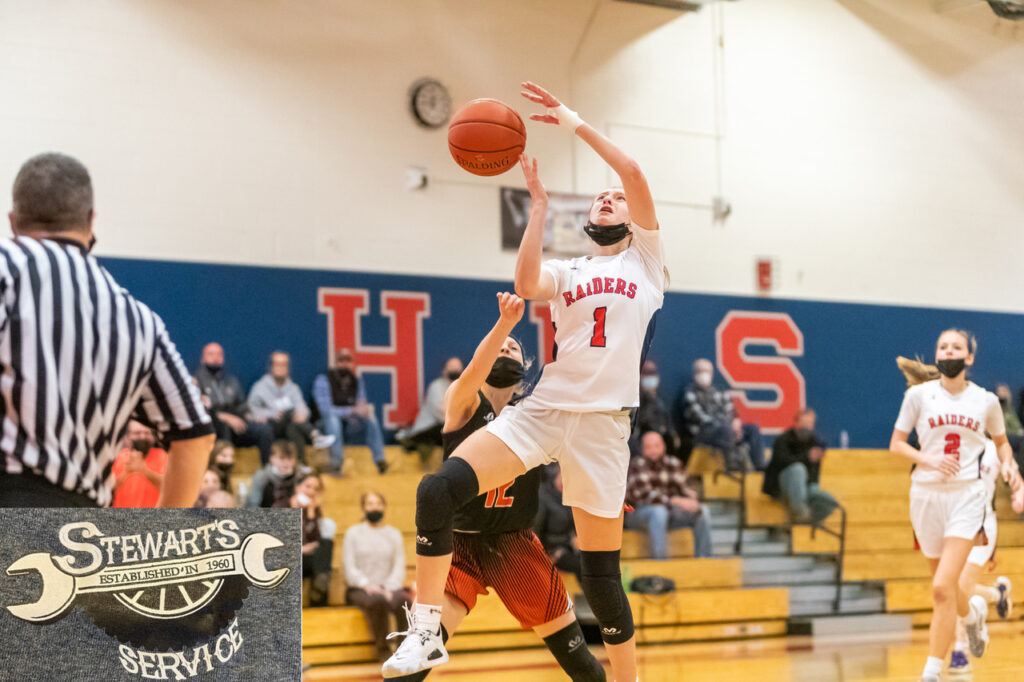 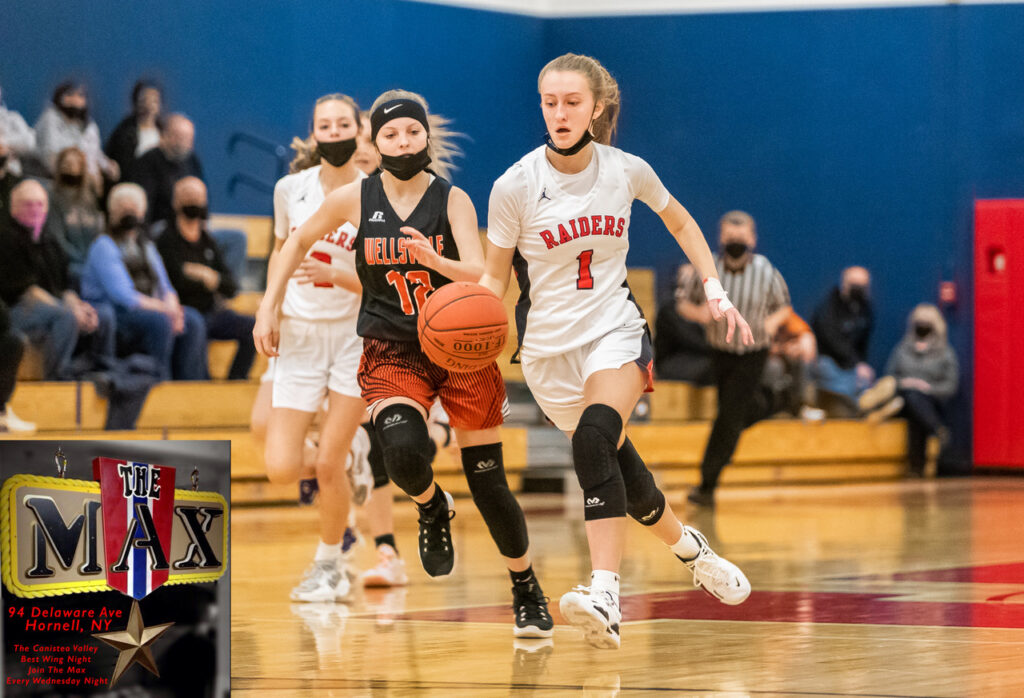 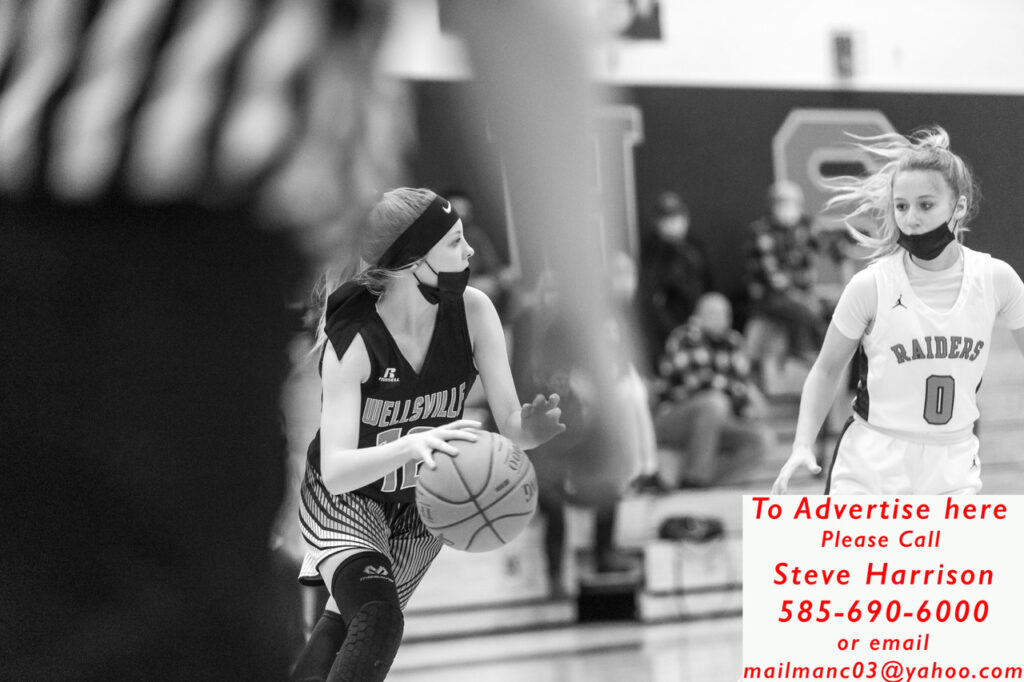 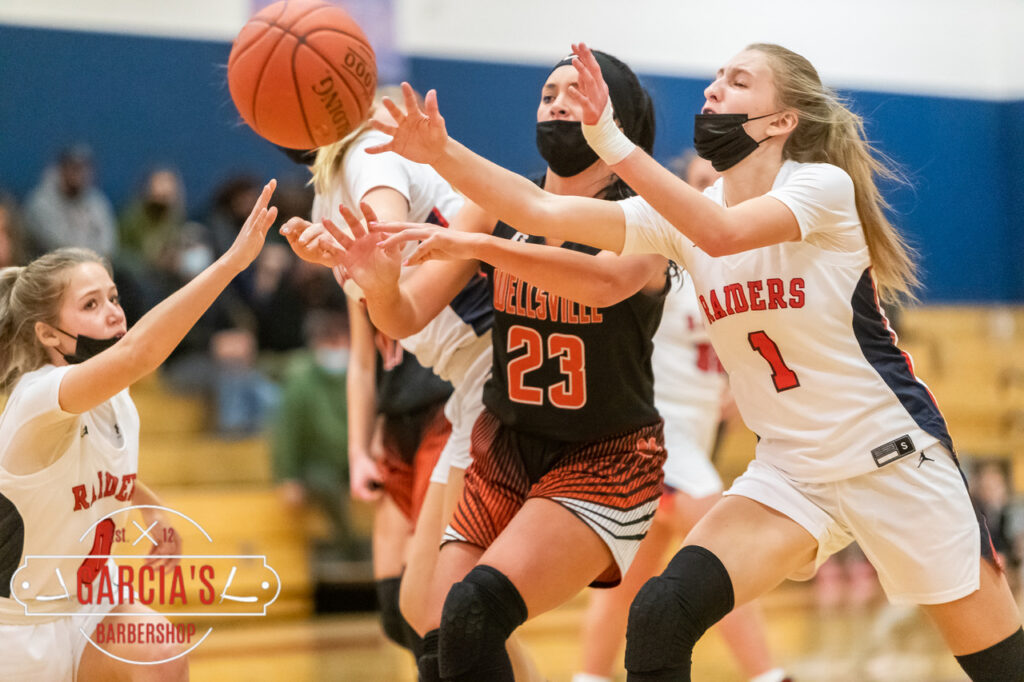 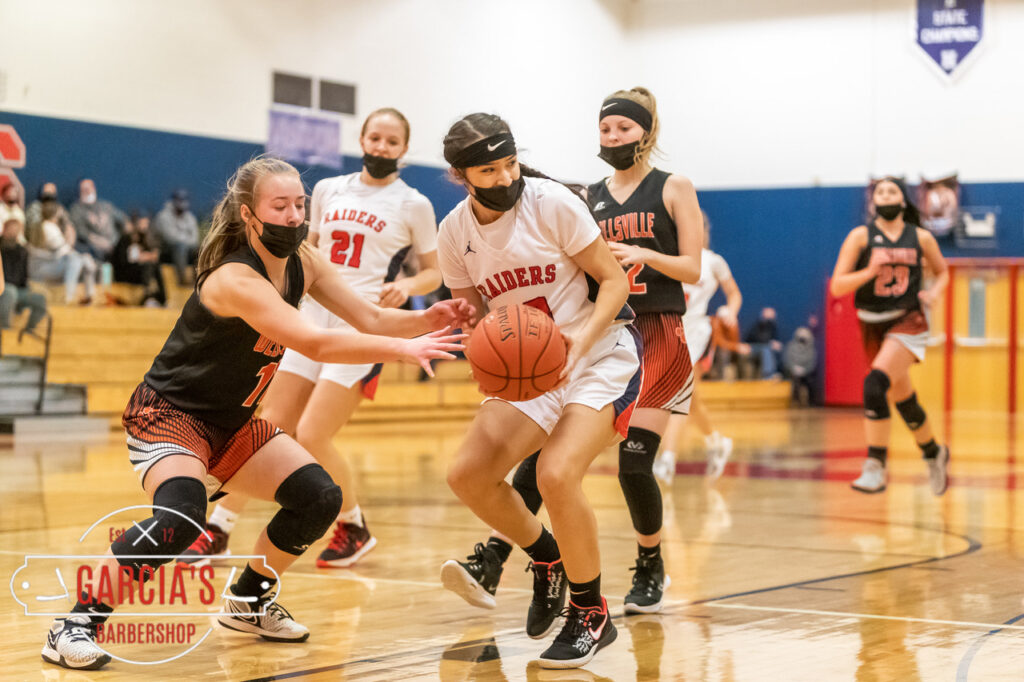 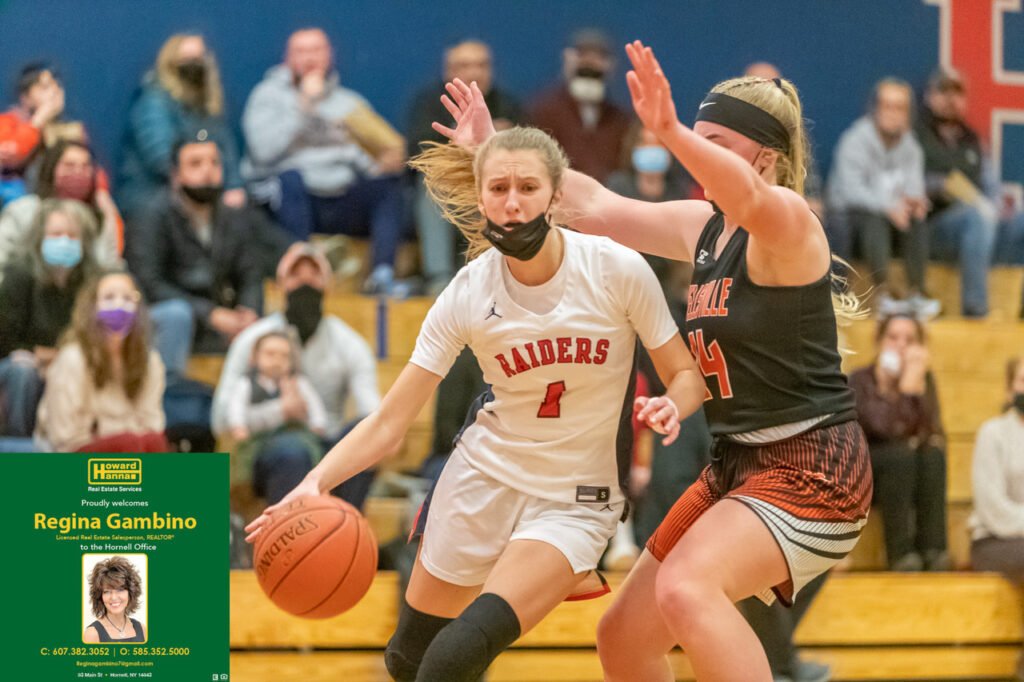 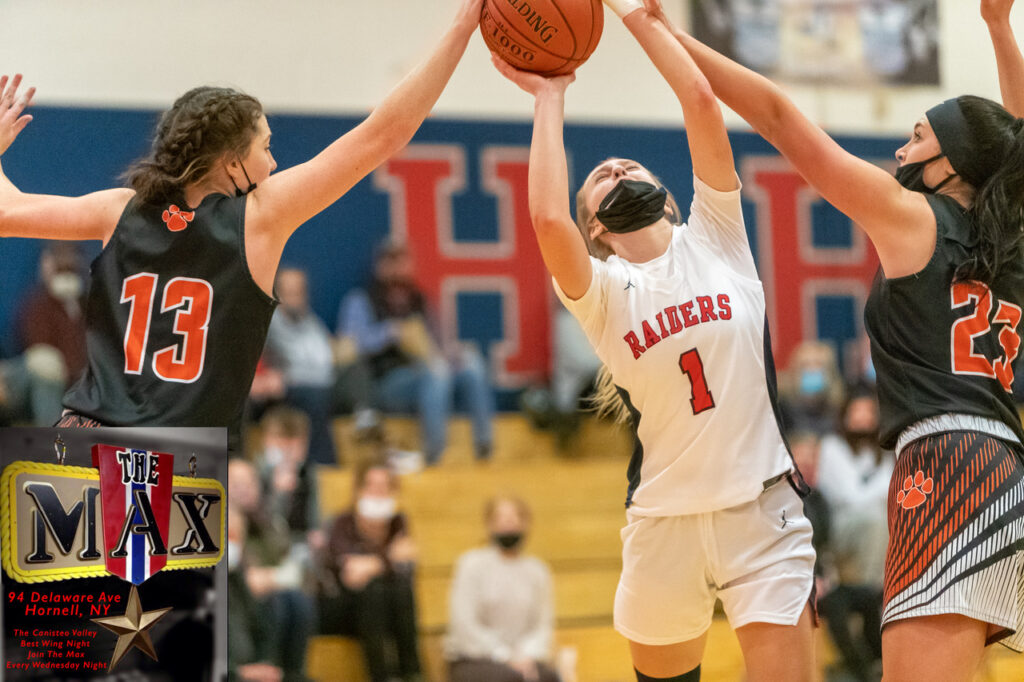 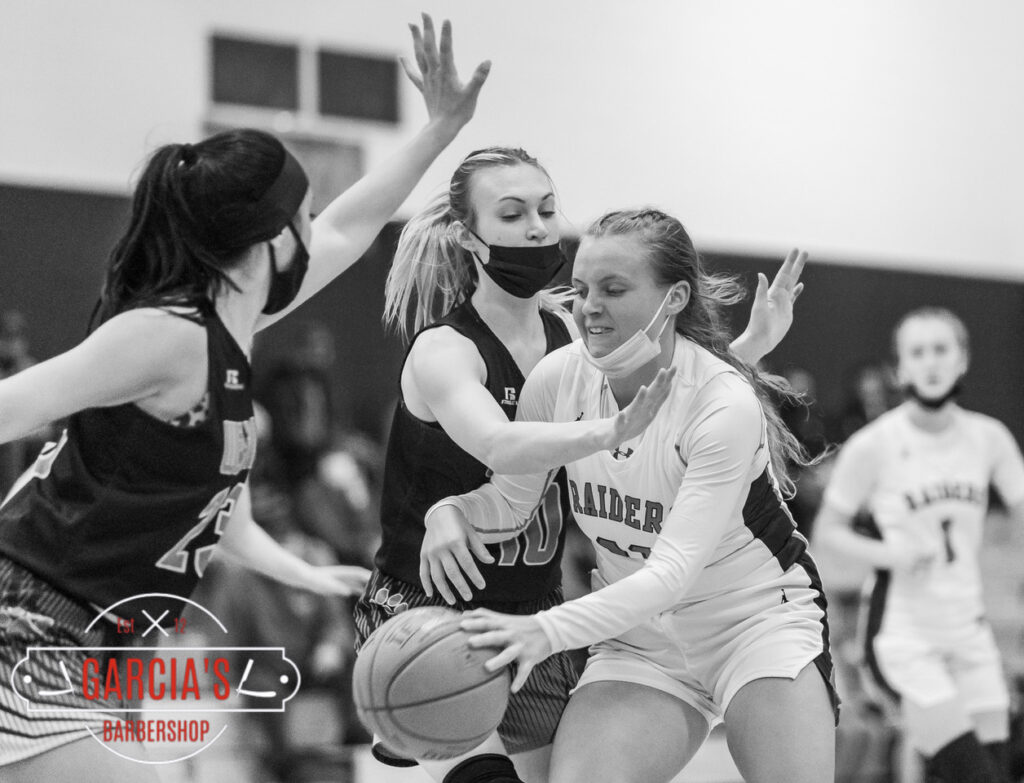 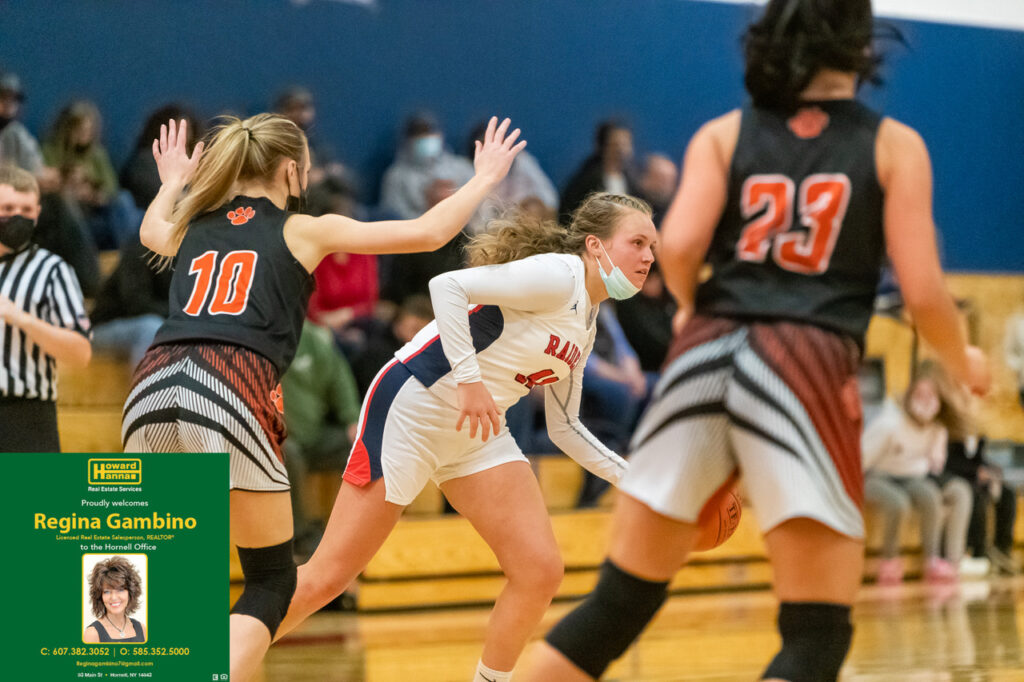 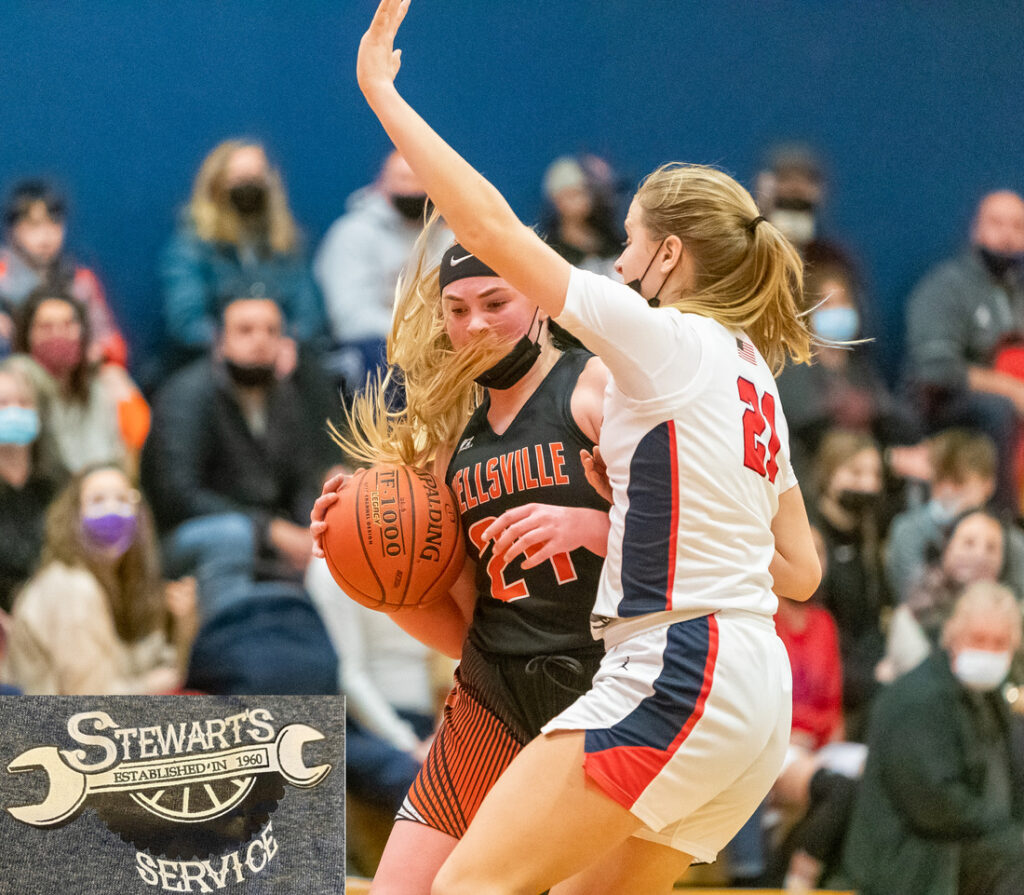 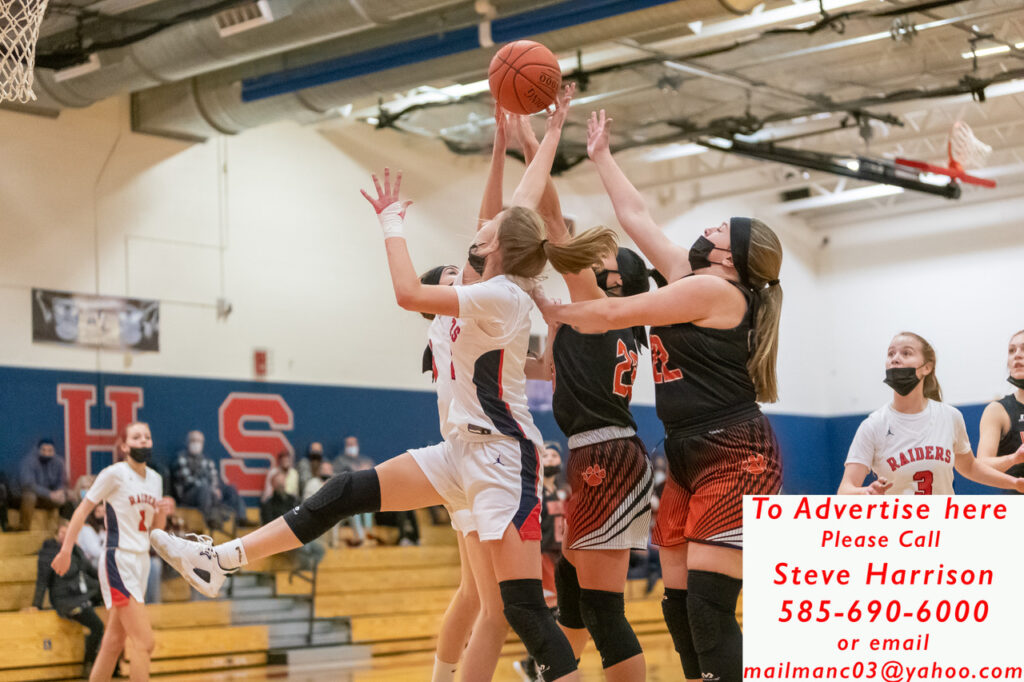 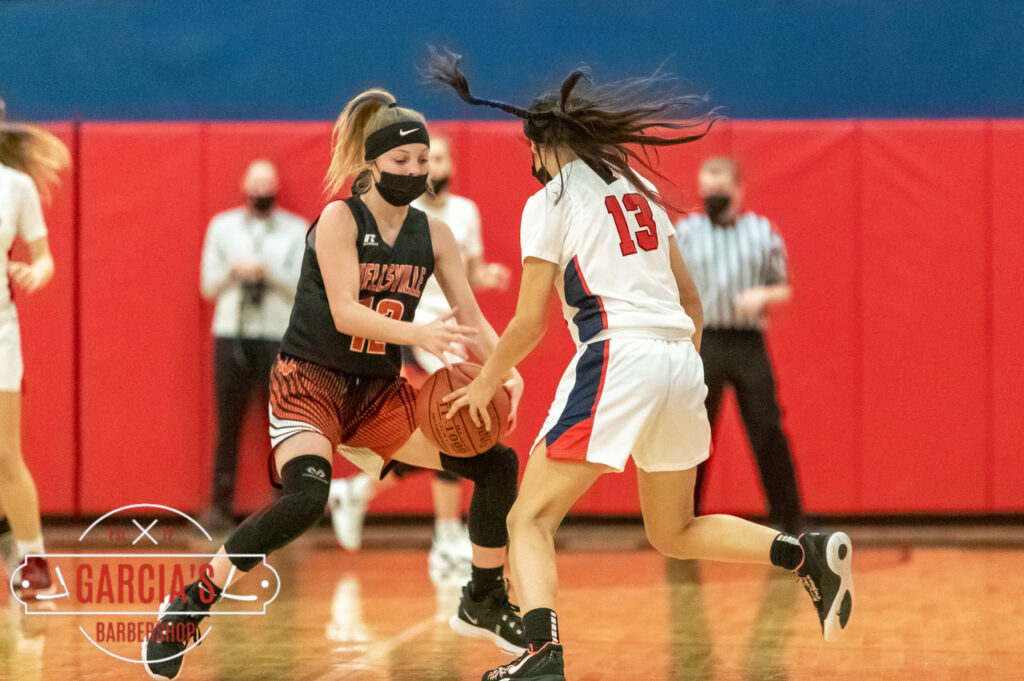 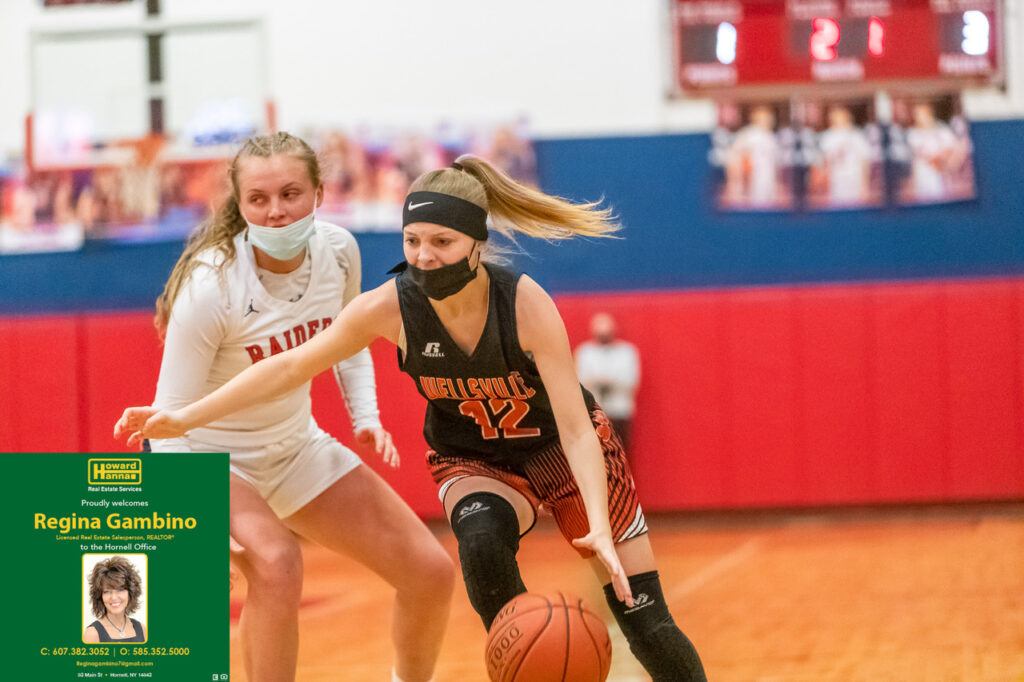