LETCHWORTH — No matter where you are on the Avoca-Prattsburgh basketball roster, when you enter the game, you have to know the offense and have to play high-pressure defense.

There were several games this season, Jamel Crowder didn’t get off the bench in a game. When he played in some of the blowouts, he played exactly like the starters, like the rest of the team played. Because you never know when your chance to shine will happen.

For Crowder, it was in an exciting, one-point sectional final where he hit four 3-pointers and finished with 12 points and four rebounds.

“Mel (Crowder) is the kind of kid that not much rattles him. You are going to get solid performance out of him,” said A-P coach Brian Putnam. “He doesnt turn the ball over, he shoots well and he can rebound. Today was his day shooting and he did the other things he needed to do. It was a great performance off the bench.”

“I was feeling it. After the first one would go (he hit two in the second quarter) I knew I was going to make a couple more,” Crowder said. “It was extremely fun. I’m usually on the bench a lot, but today, I got to go in and show what I am made of.”

But he also had to play defense to stay in the game.

“We always have to play 100 percent on defense,” Crowder said. “You have to play defense to stop them. Coach says he doesn’t care if they score 32. We have to score 34 to win.”

It was a game of runs and a game of lead changes as Wheatland-Chili’s Aaron Lund (game-high 26 points) seemed to have an answer everytime A-P went on a run to bring his team back in the game, including a steal and layup in the fourth.

“We talked about handling runs. You get in games like this there will be runs by both teams, you have to handle them and absorb them,” Putnam said.

A-P was down 53-52 in the fourth when All-Tournament selection Sawyer Devoe drove, took two defenders with him then turned and fired the ball to Crowder who was trailing the play. Crowder calmly drained his fourth 3-pointer of the game and gave A-P a 54-52 lead.

In a game of clutch shots, the biggest play may have been a charge. Section V Class D1 Tournament MVP Pacey Hopkins took a charge with 54.9 second left as Wheatland-Chili had a chance to cut the lead to 67-66. Those points proved to be crucial.

On the inbound play, W-C knocked the ball down but could not retain good enough possession to get a shot off from eight feet away as time expired. Instead of celebrating, several A-P players put their hands on their heads realizing they almost lost on a tipped ball.

But Coach Putnam went out and greeted each player with a smile and handshake on a game well played. The two teams went through the handshake line, then hugged again knowing this was one of the best games of a season of “best games.”

Hopkins had 20 points, five assists and four rebounds in the MVP effort. Hopkins is one of four players who has led A-P in scoring this season, and in the second half of the season, had more consistent games with the other stats and less scoring.

“I care more about helping my team out. If I need to step up, I will step up. But I don’t need to, I know my teammates can step up and I depend on them and they depend on me,” Hopkins said. “On defense, we constantly pressure. We are always going over defense. We never give up on plays. We play hard defense and watch our fouls.”

When asked about Crowder, Hopkins smiled.

“Jamel has had a crazy impact, he came off the bench and shot lights out,” Hopkins said. “It was a turning point, him coming in and shooting the three’s and I’m very proud of him.”

Coach Putnam agreed about the defense.

“We worked every day on defense, we do the shell game, work on close outs, we want our defense to lead to our offense and the kids buy into it,” he said. As for rebounding, coach Putnam added, “I’m going to tell you, we stressed for three days as we watched film on Wheatland-Chili, and holy cow do they offensive rebound, we had to get them off the offensive boards and we did that and the kids got some of those themselves.”

Including his son, Macoy Putnam, who had 11 rebounds, five offensive and a double-double as he added 11 assists with his five steals and four points. He made the all-tournament team and seemed to be a part of every big play on offense and defense.

Just a sophomore, nothing seemed to rattle Putnam.

“We tried to keep the game at our tempo and take care of the ball and finish it out,” he said.

Sawyer Devoe had five assists, three steals and tied Hopkins with a team-high 20 points. He made several clutch baskets and defensive stops in the fourth along with Haden Abbott, who had 12 points and knocked down two 3-pointers.

Not showing up on the scoring, but also playing pressure defense were Evan Campbell and Caleb Johnson for Avoca-Prattsburgh.

While the game was not at the Rochester War Memorial, both schools packed the bleachers and the A-P community was loud.

“Everyone wants to play at the big house, but it’s louder in there and it’s a great basketball atmosphere and a great experience for the kids,” said coach Putnam. “The communities have come together just like the kids have.”

In the second year of merging, it’s the second title for Avoca-Prattsburgh and the 33rd straight win for the team. Because of the pandemic ending the Avoca run three years ago in the Far West Regionals and no state playoffs last season, Hopkins, just one of three seniors on the roster, has now won 57 straight basketball games and is 57-1 in his career. He made 7th-team all-state as a sophomore and there was not an all-state team last season. 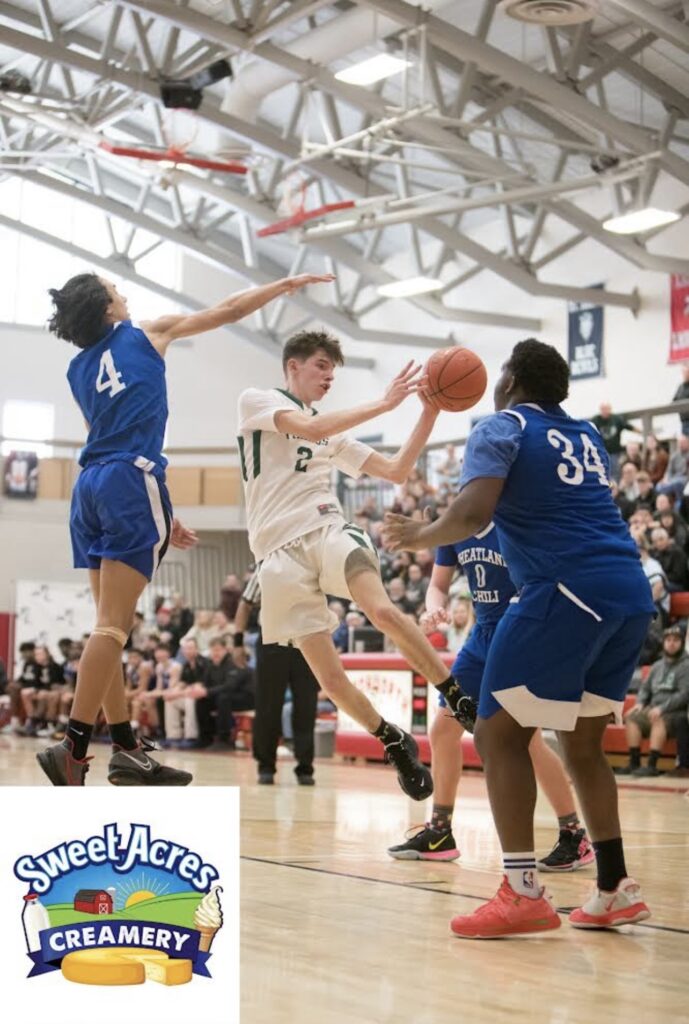 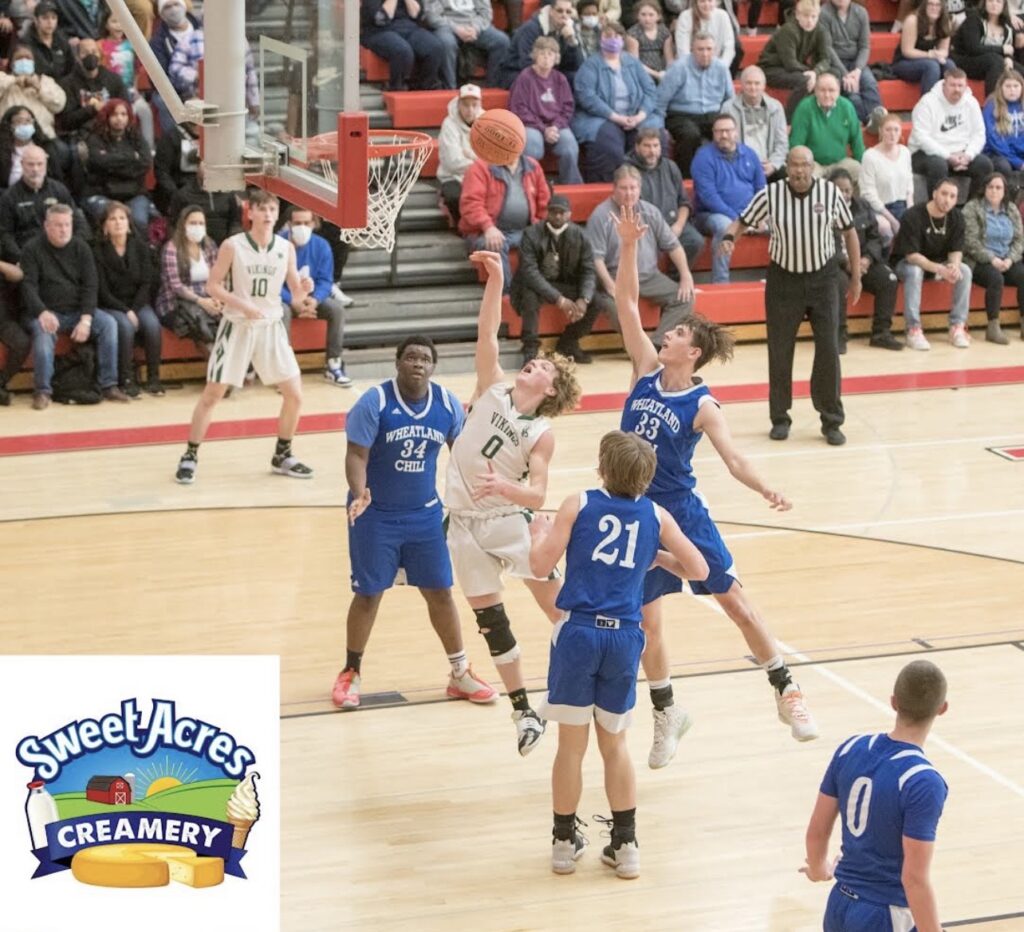 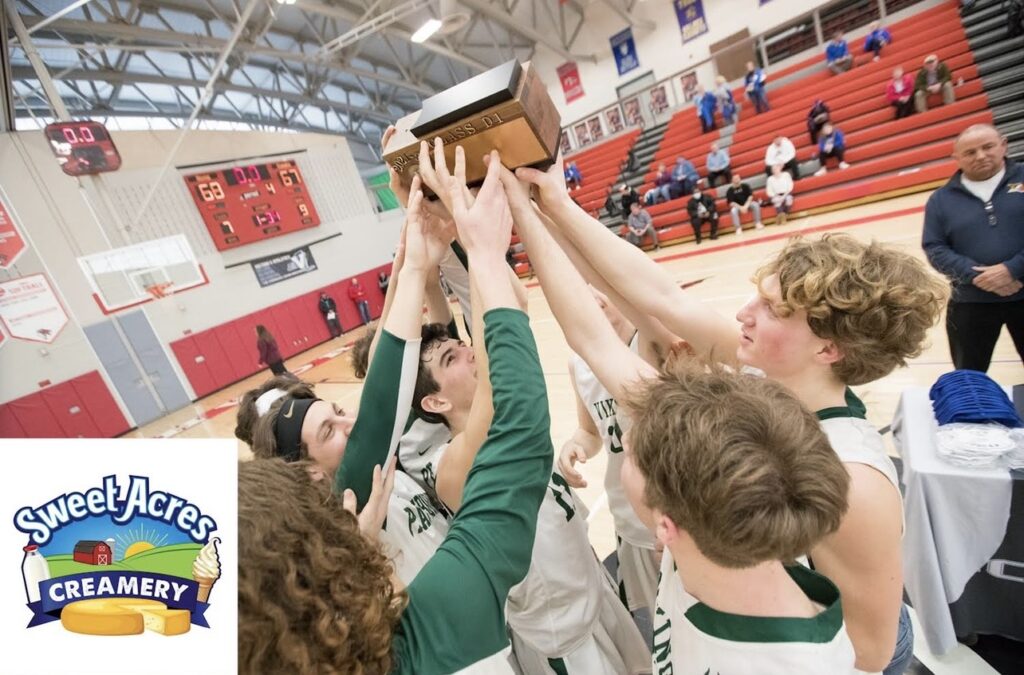 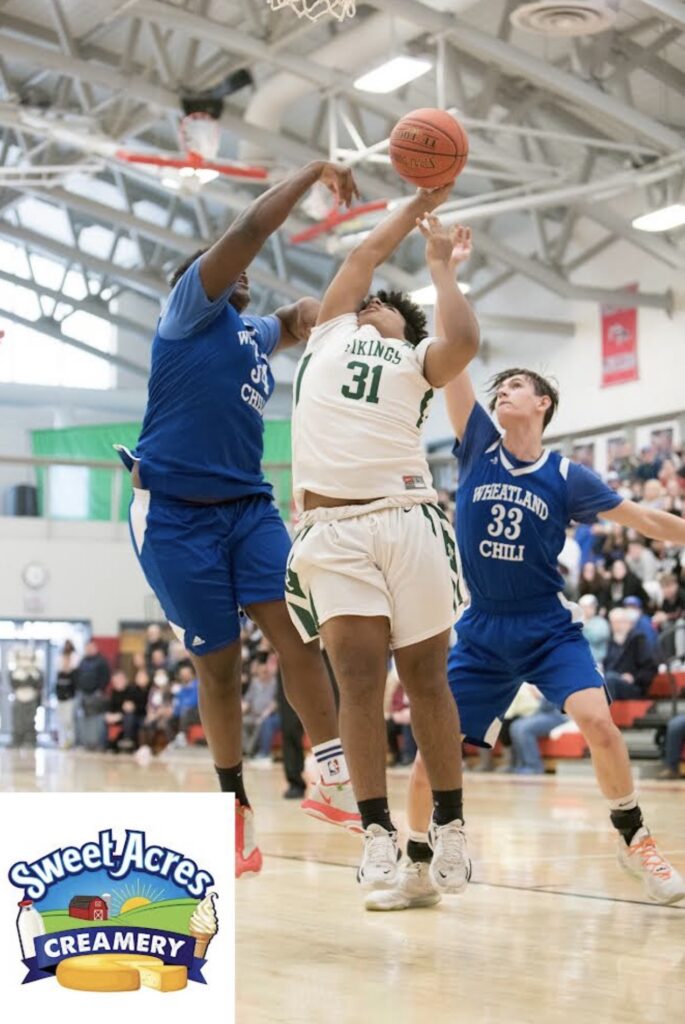 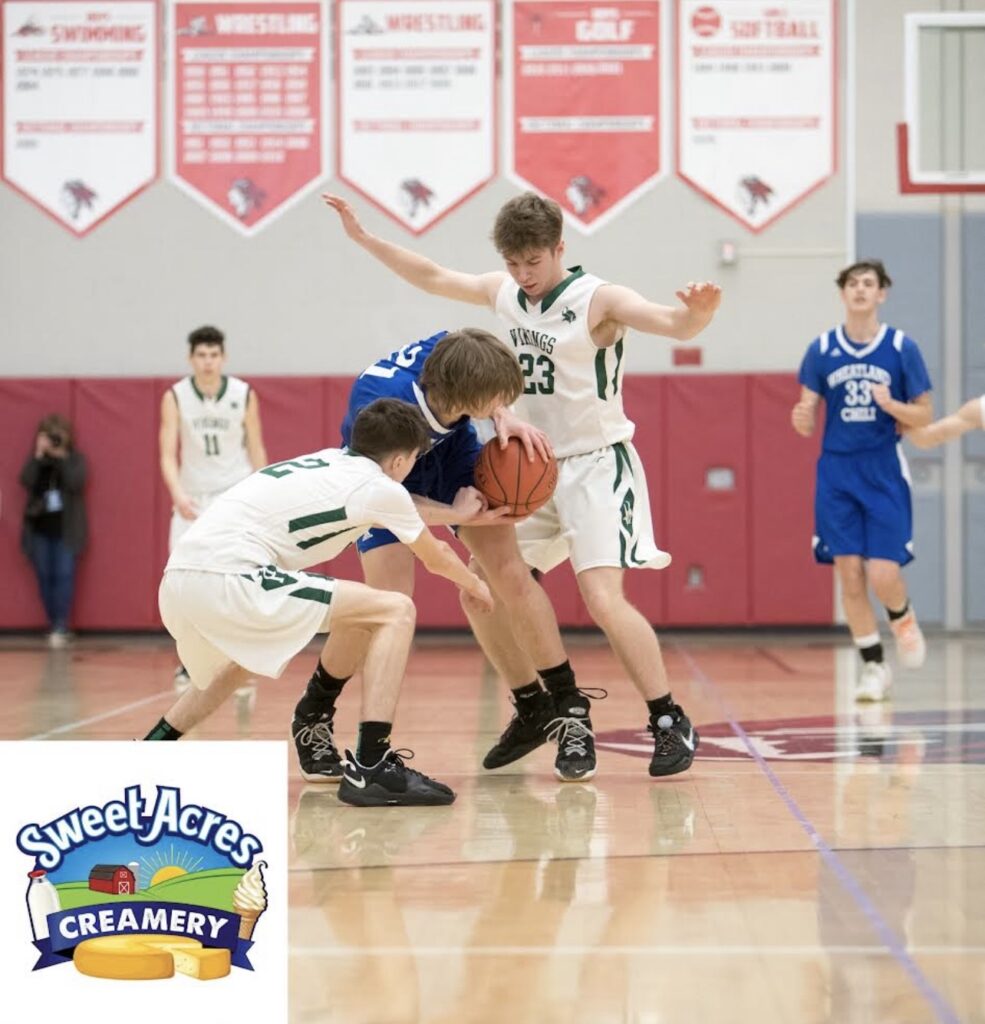 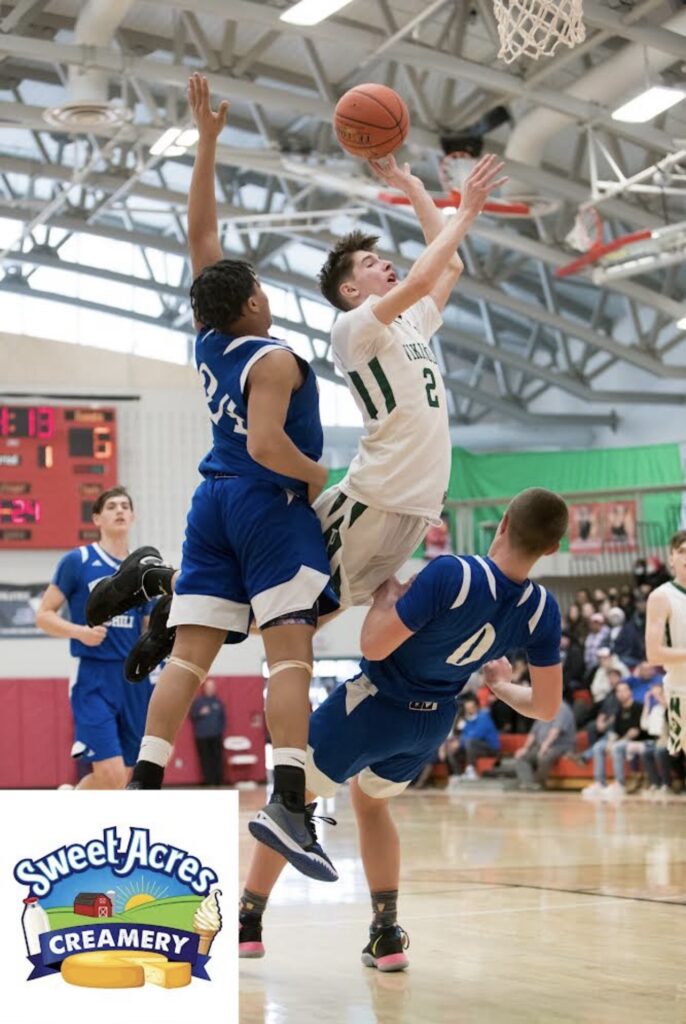 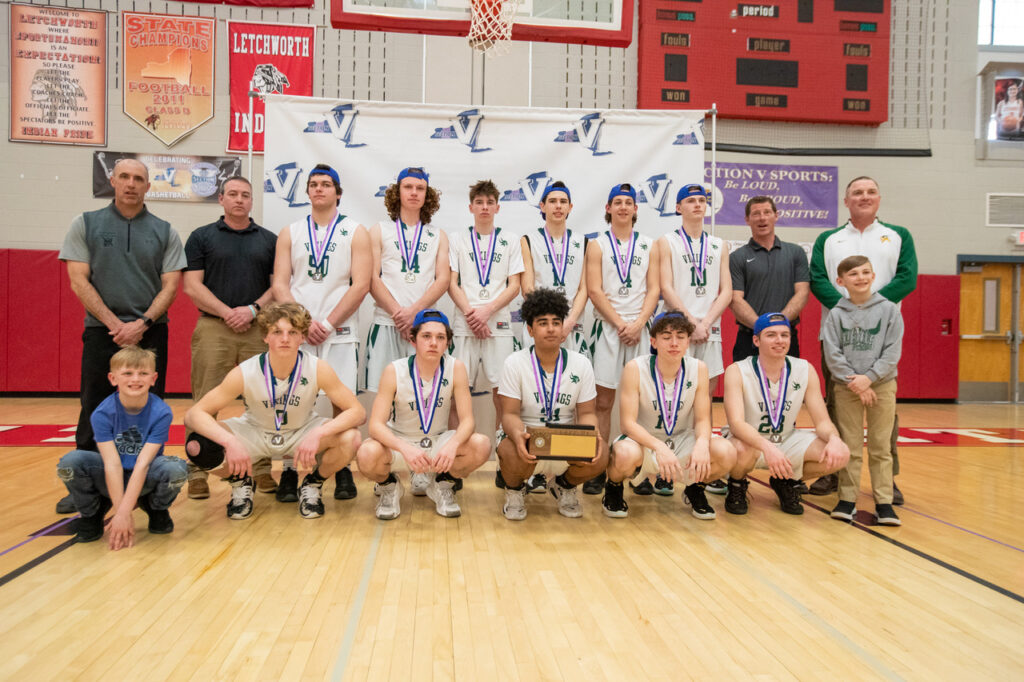 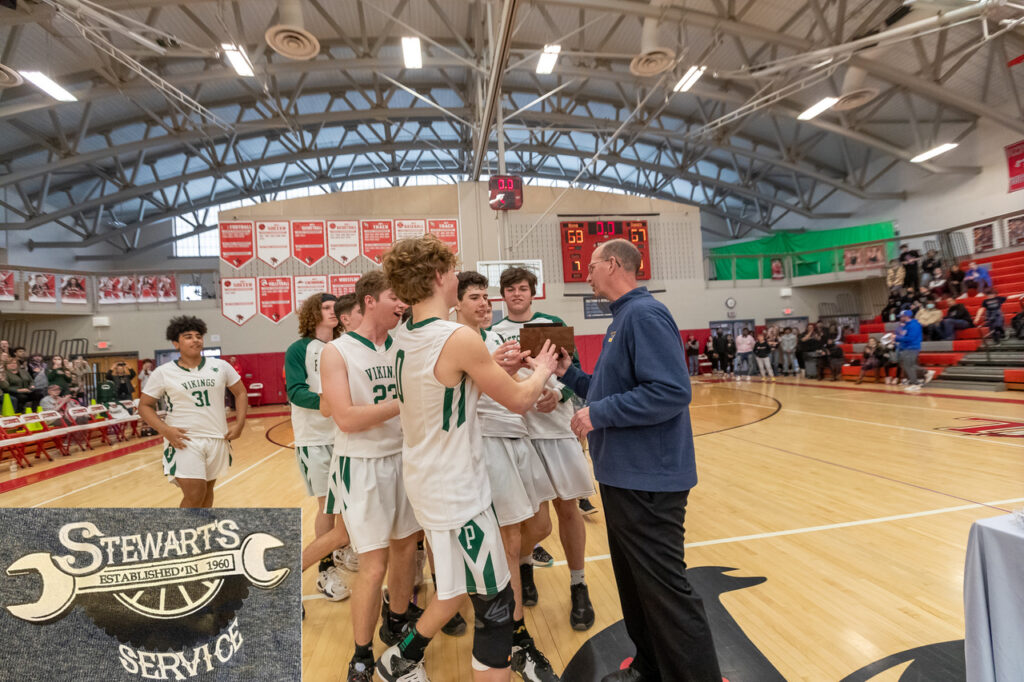 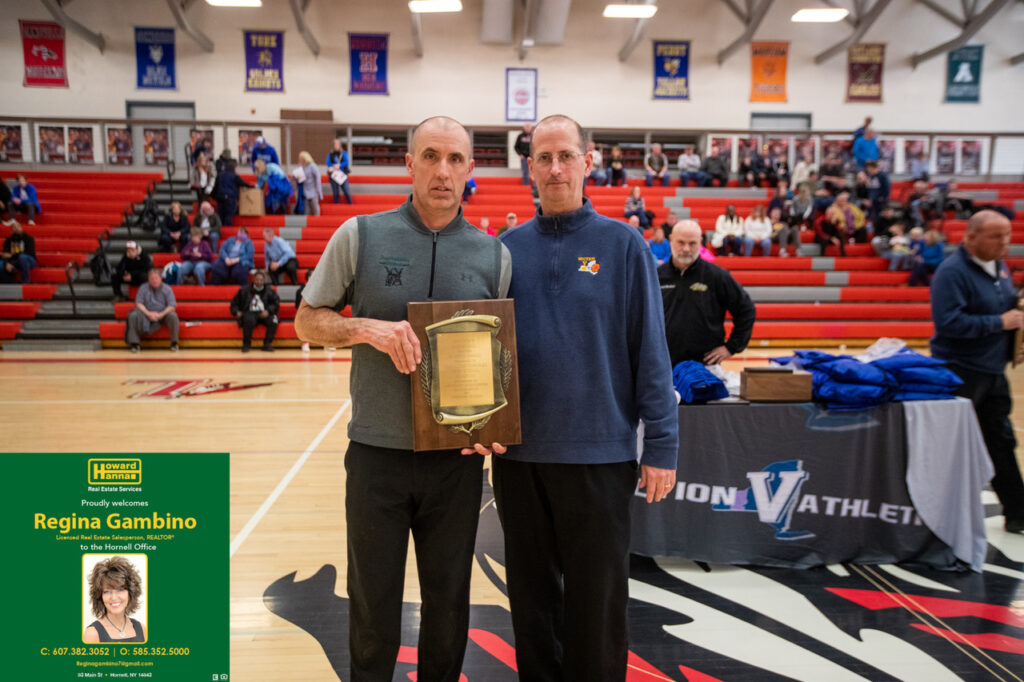 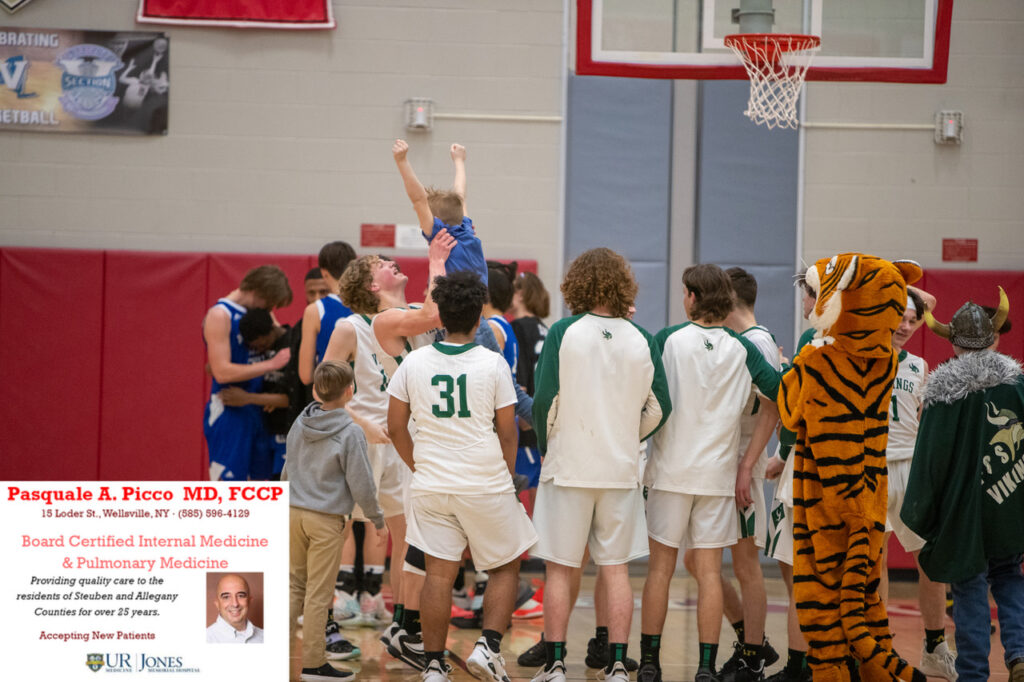 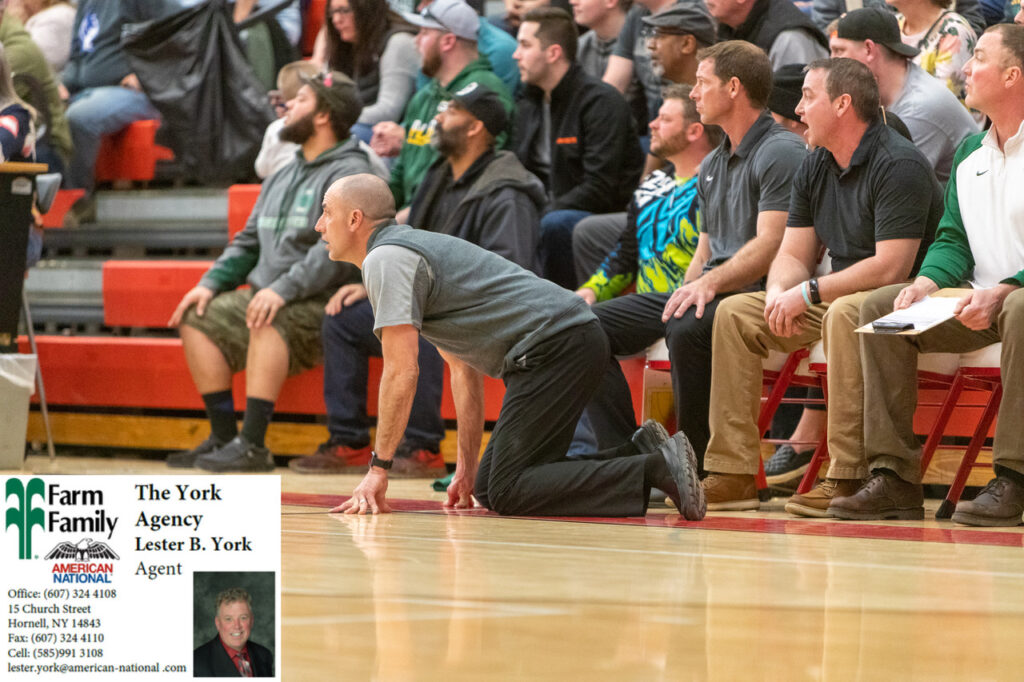 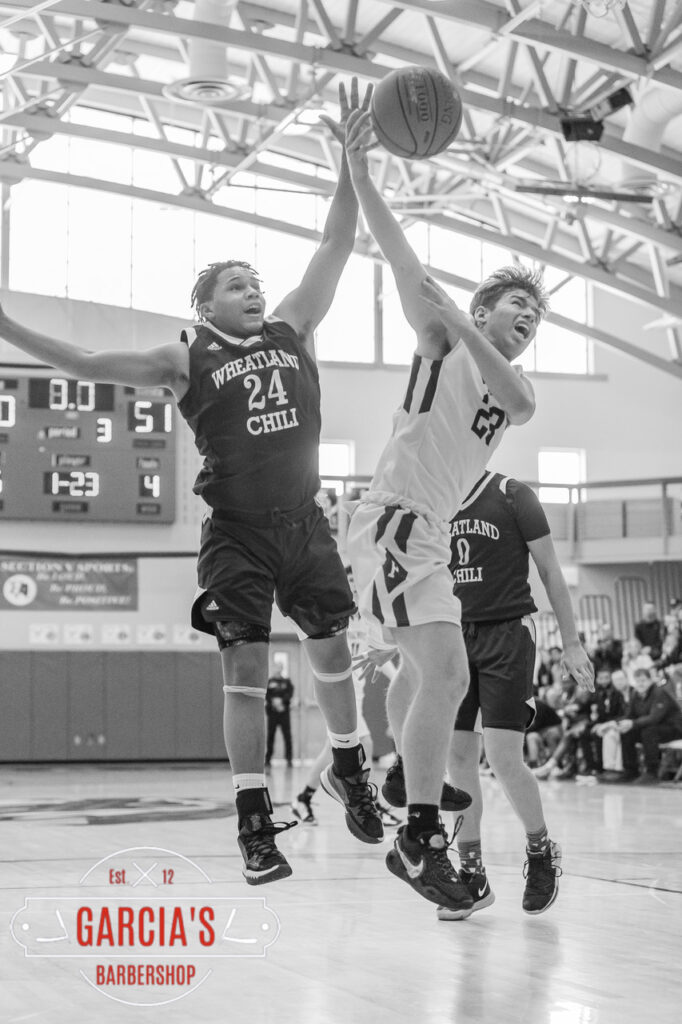 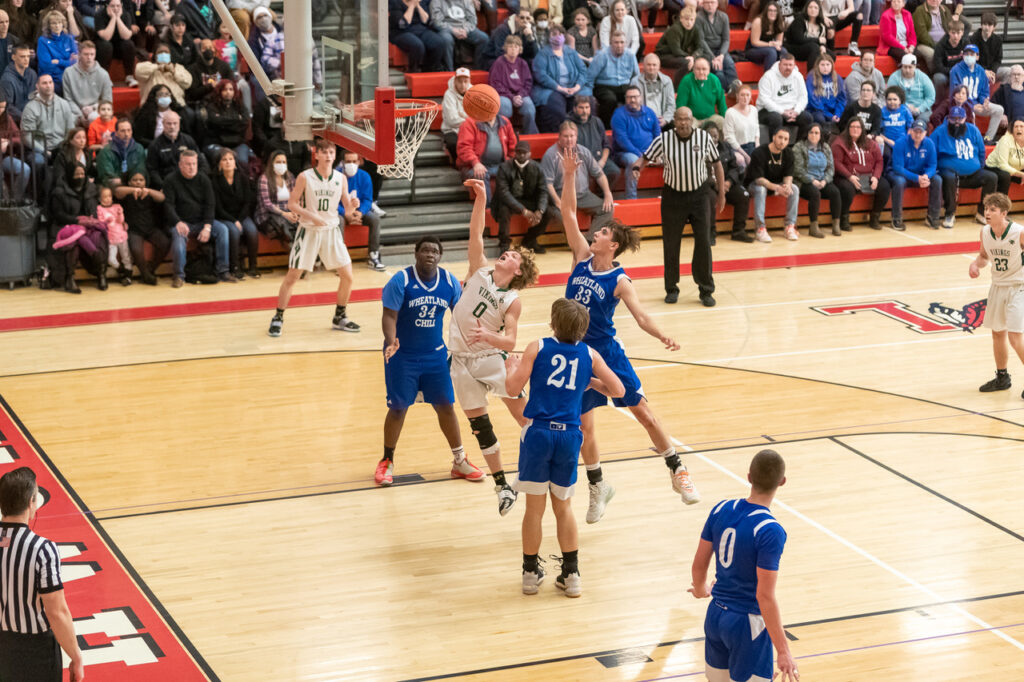 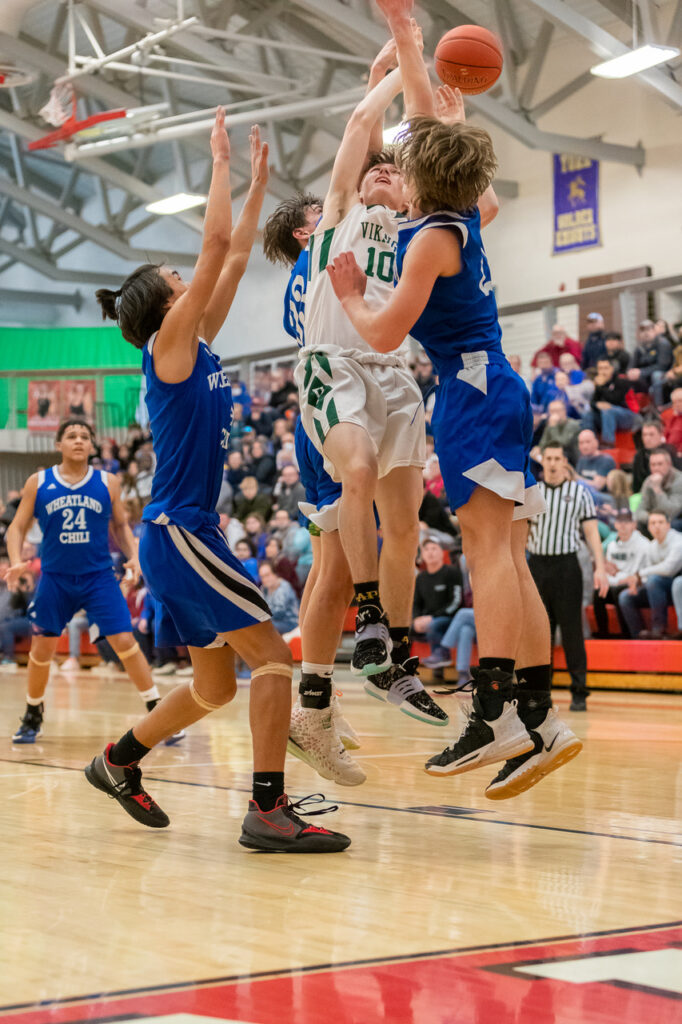 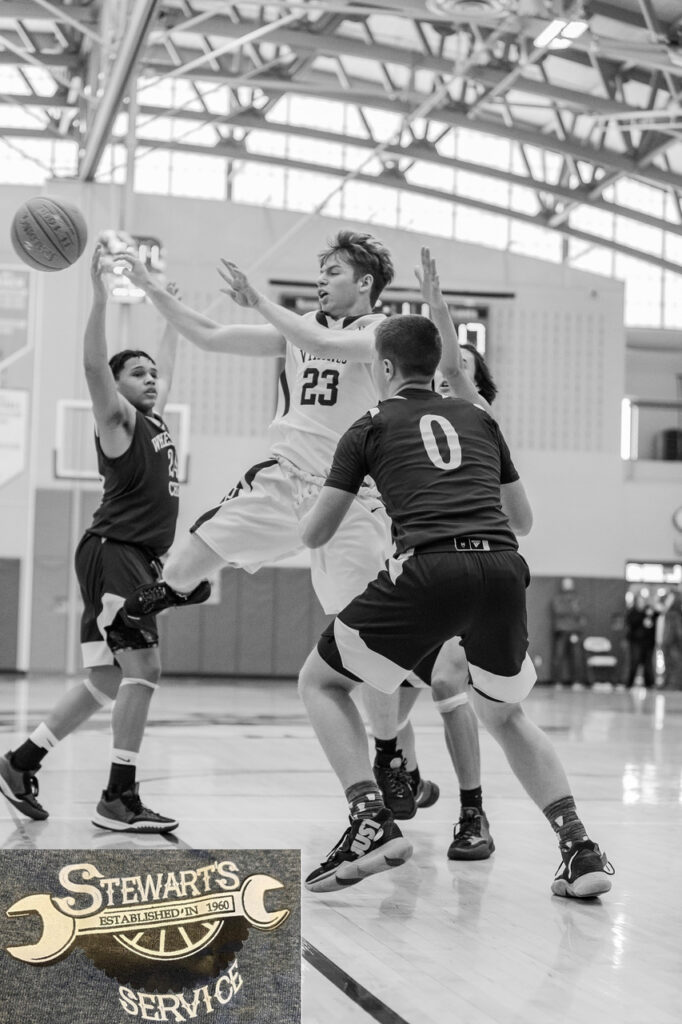 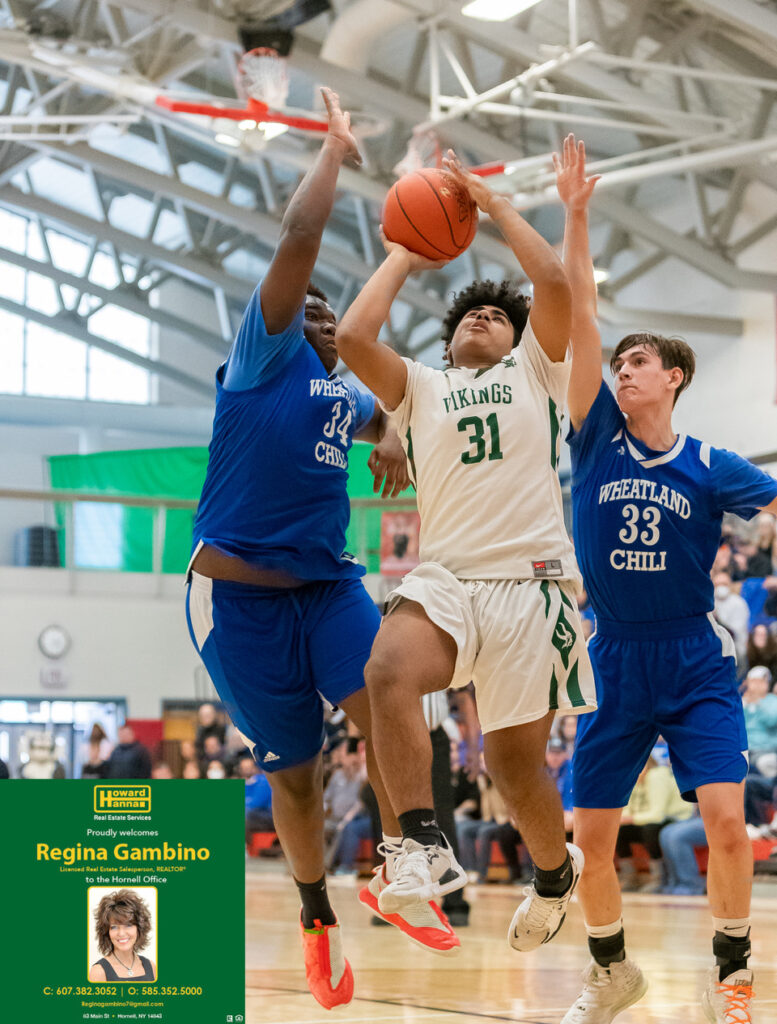 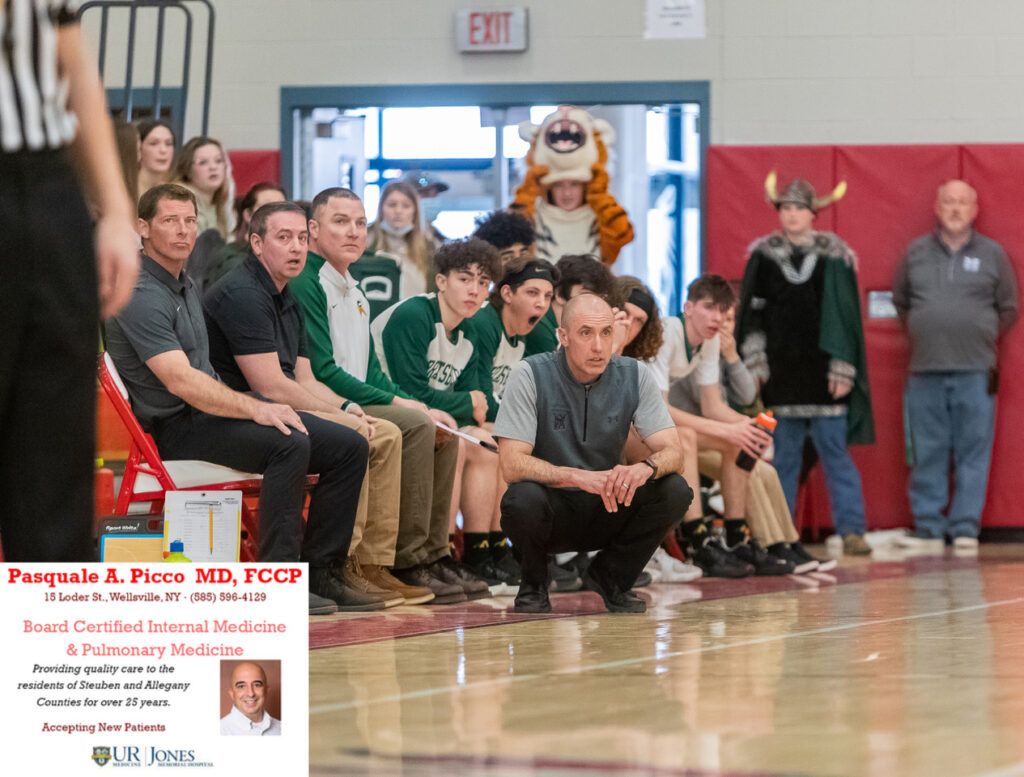 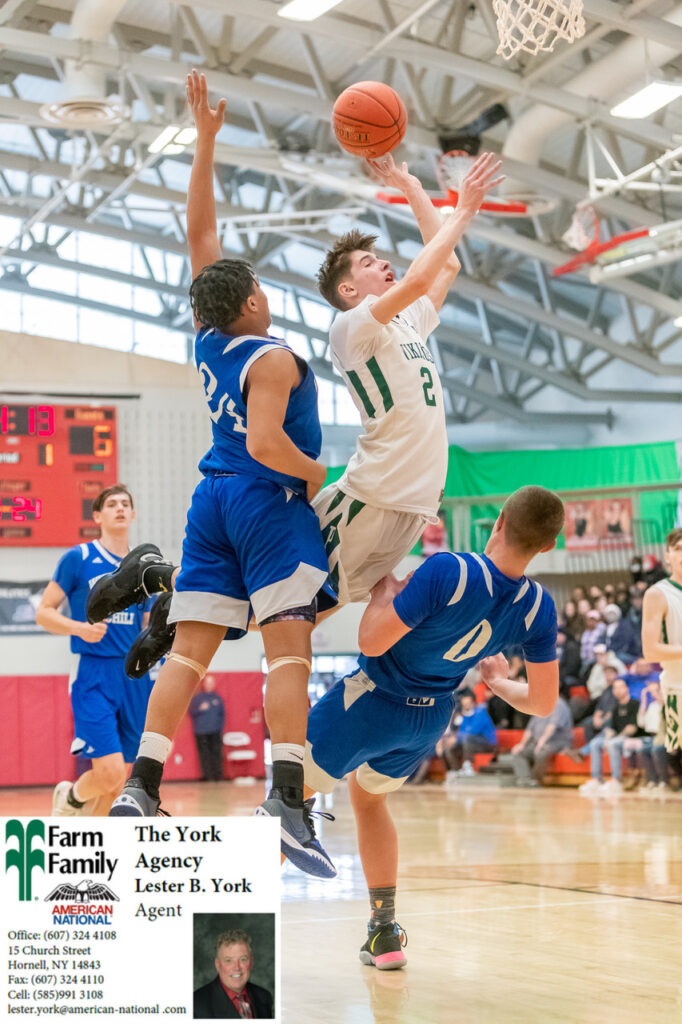 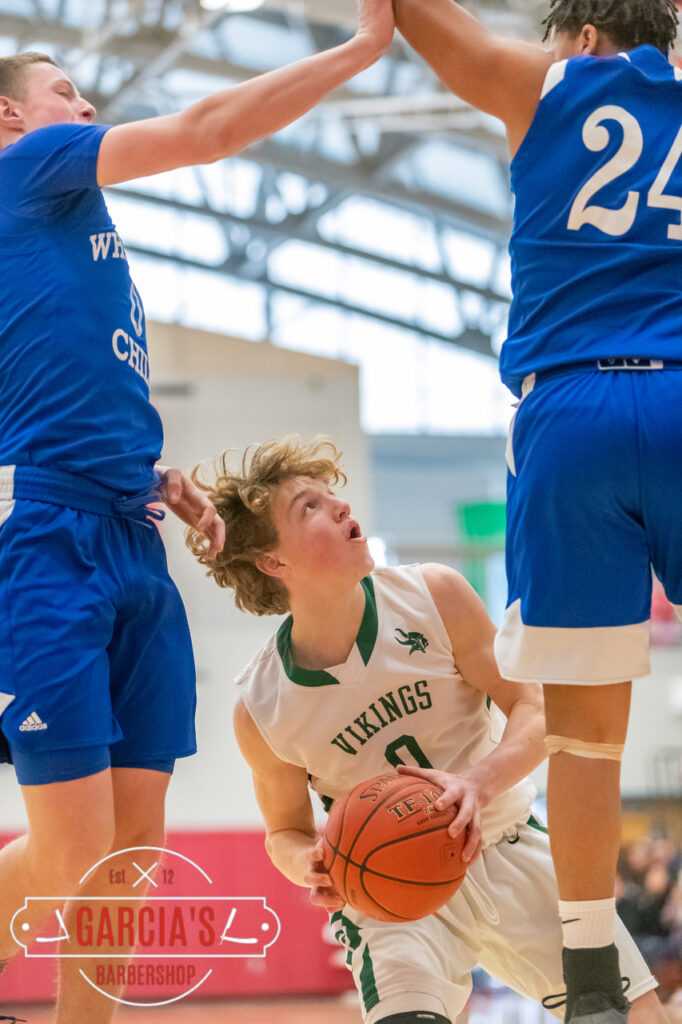