The Seneca Street Zoo student section was out in full force last night as the Hornell Red Raiders hosted Pal-Mac to open the 2022-2023 basketball season.  Hornell found themselves trailing 23-16 at the half and couldn’t seem to get it together offensively, losing 51-40 to a tough Pal-Mac team.  “We didn’t shoot the ball very well against the zone and just never got into any type of rhythm offensively,” said head coach, Kirk Scholes.  “We struggled at the offensive end with 19 turnovers.  I told the kids, I don’t think we can play any worse offensively.”

Pal-Mac’s Ian Goodness proved unstoppable, netting the game-high 33 points on the night.  “I thought we played extremely hard defensively,” said Scholes.  Shawn Rose had five steals on the night.  Wyatt Argentieri and Aaron McInerney both grabbed two steals, and Gennaro Picco & Quinn Mauro each had one.

Scholes has confidence in this year’s team that is returning five players from last season.  “We will get there.  This group has the potential to get there,” said Scholes. “We just need to continue to work against the zone and trust each other offensively.”

In JV news, the Red Raiders came up short against Pal-Mac.  Leading by one at the half, the JV Raiders couldn’t hold on and fell 55-42.  Marco Picco had a game high 18 points, while Kellen Crowe chipped in 10.

Hornell travels to Olean this weekend for tournament play Friday and Saturday. 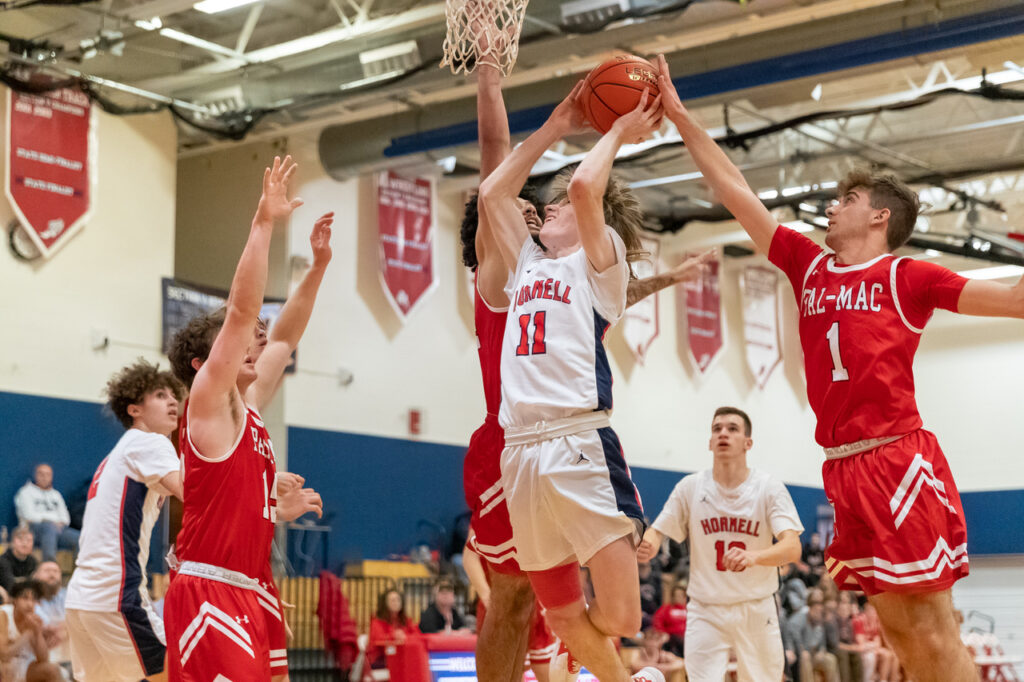 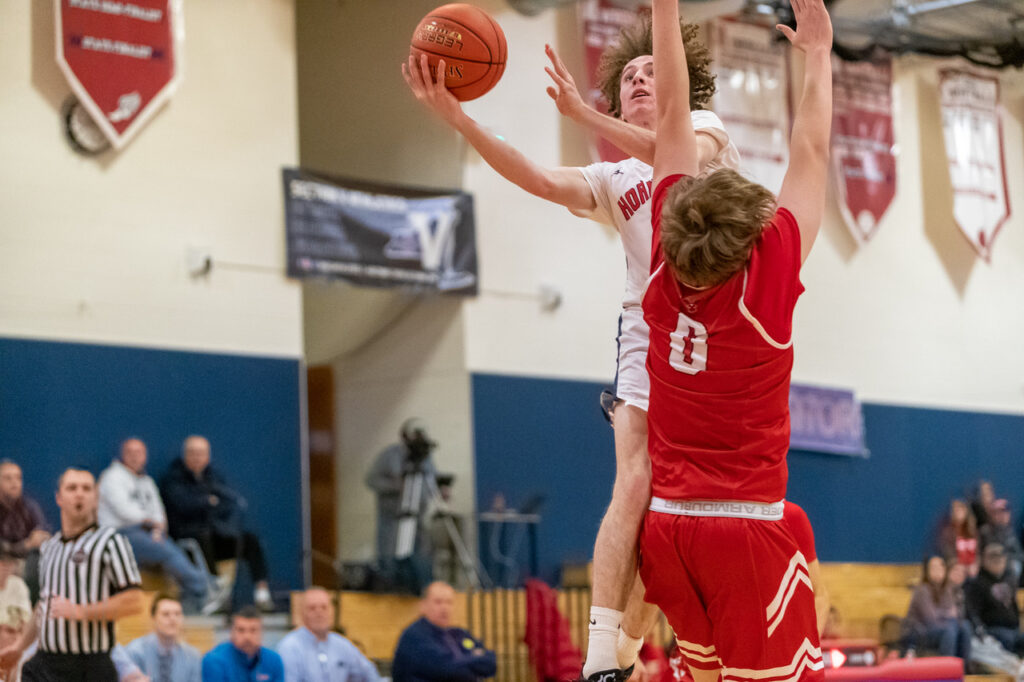 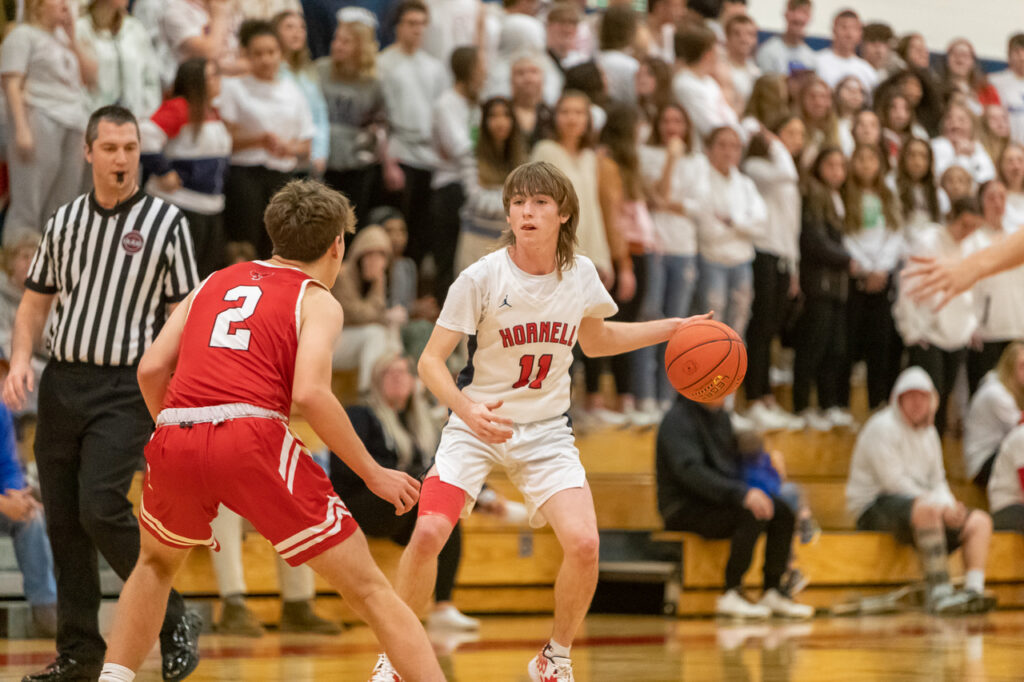 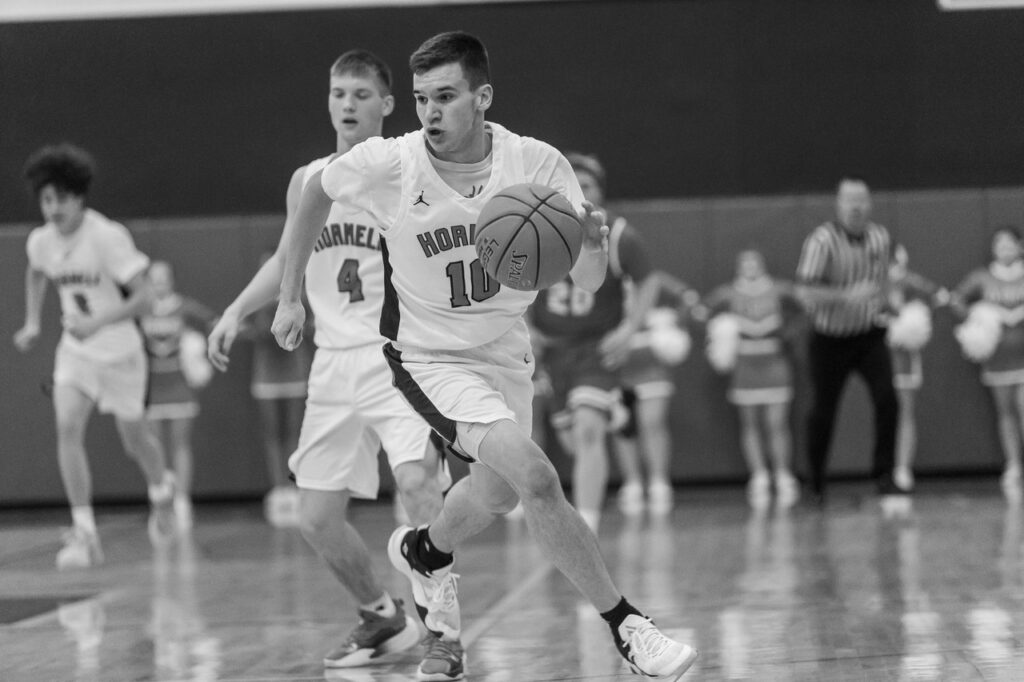 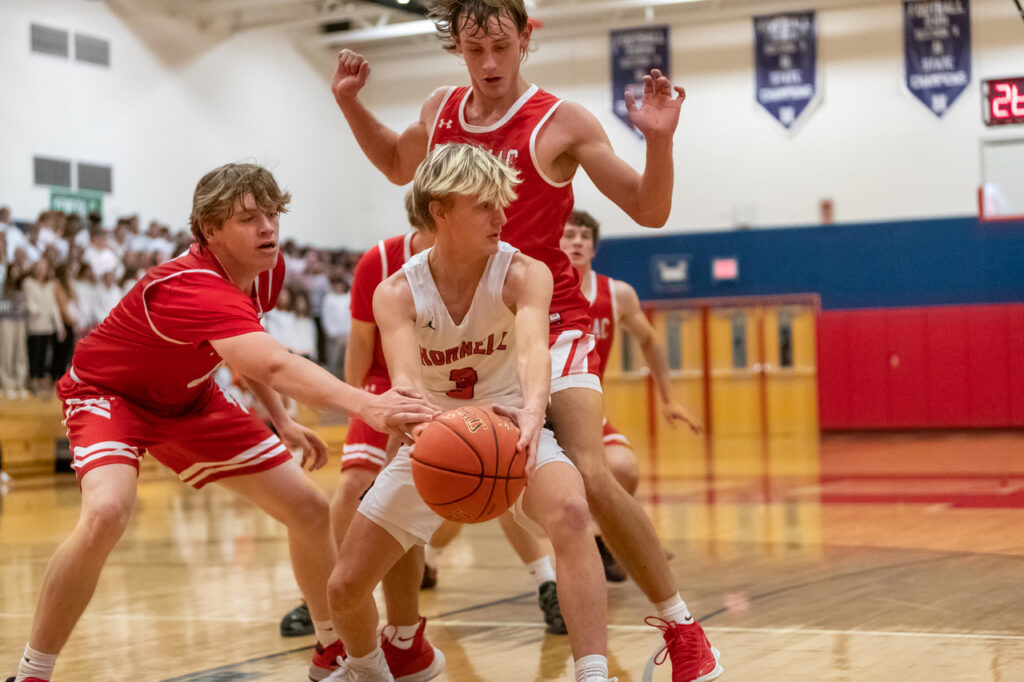 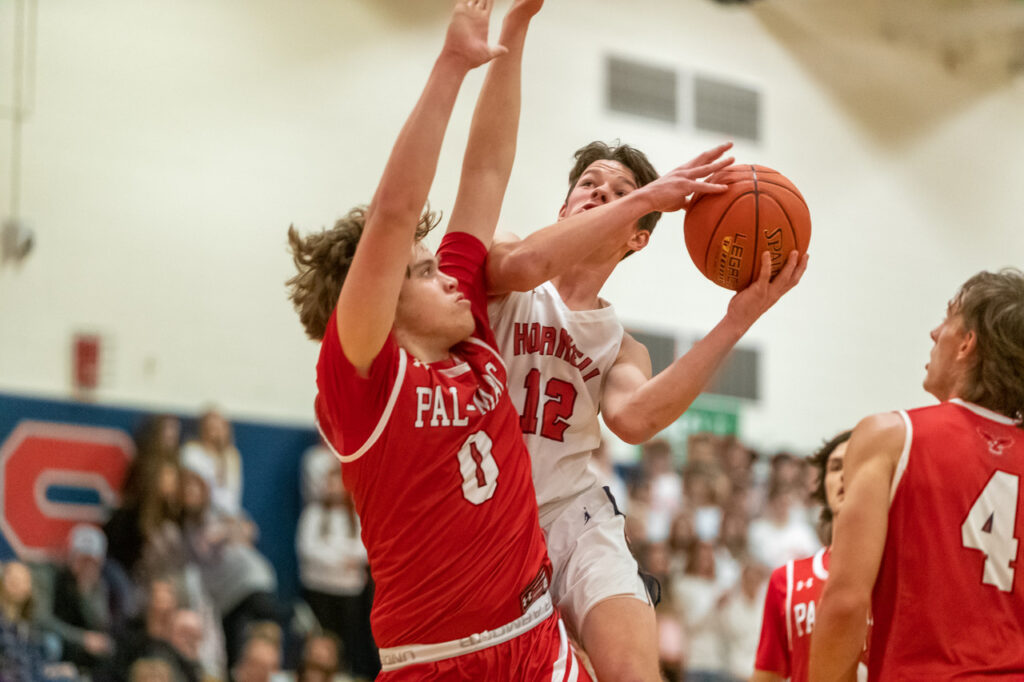 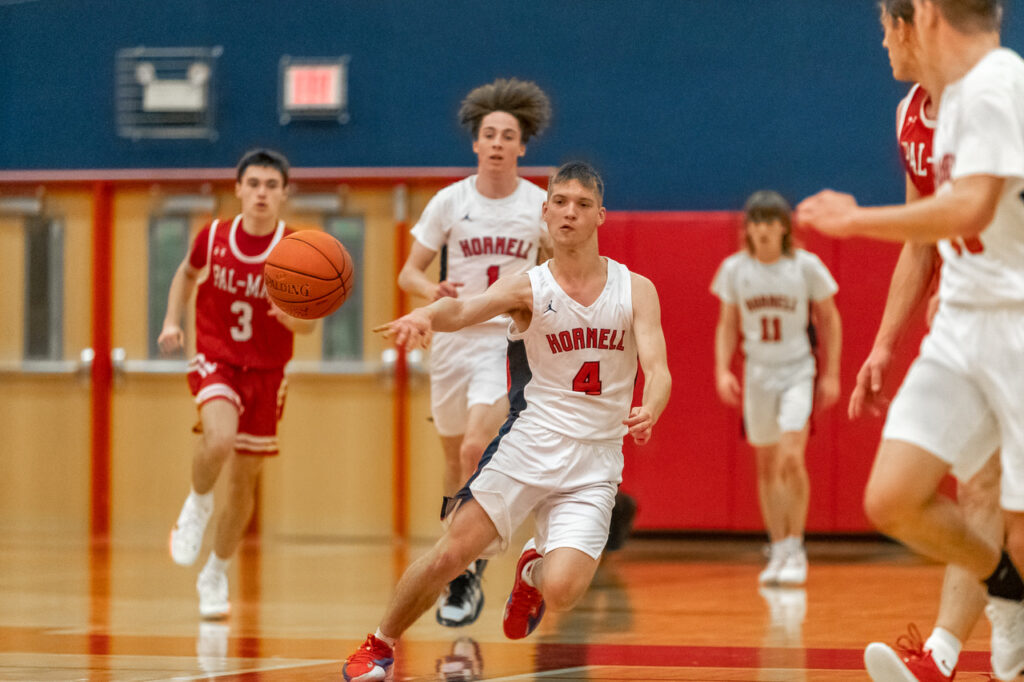 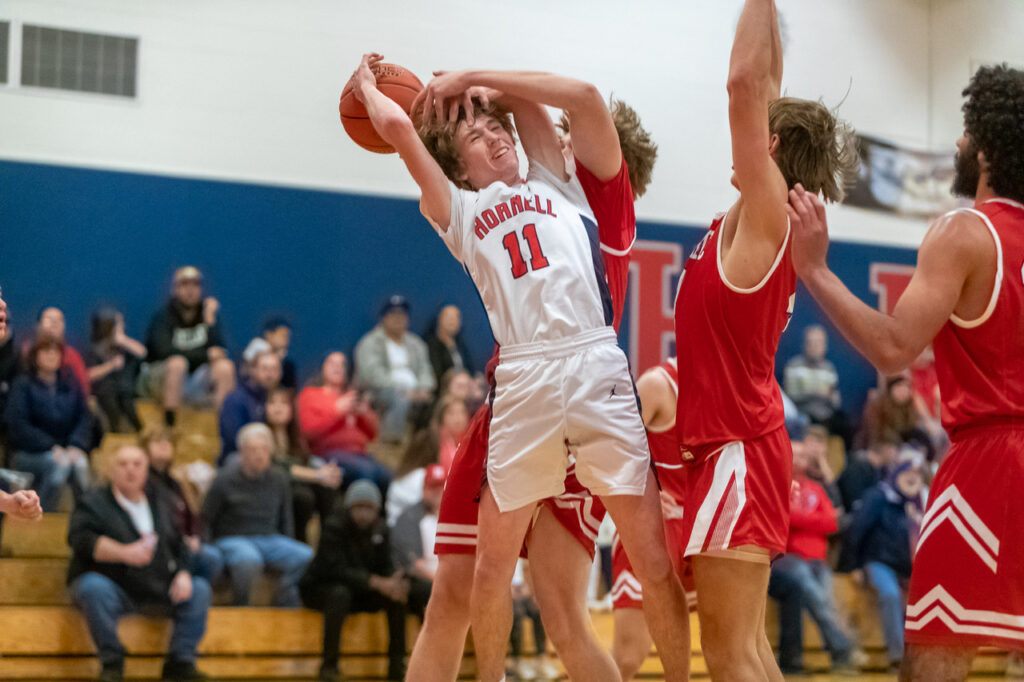 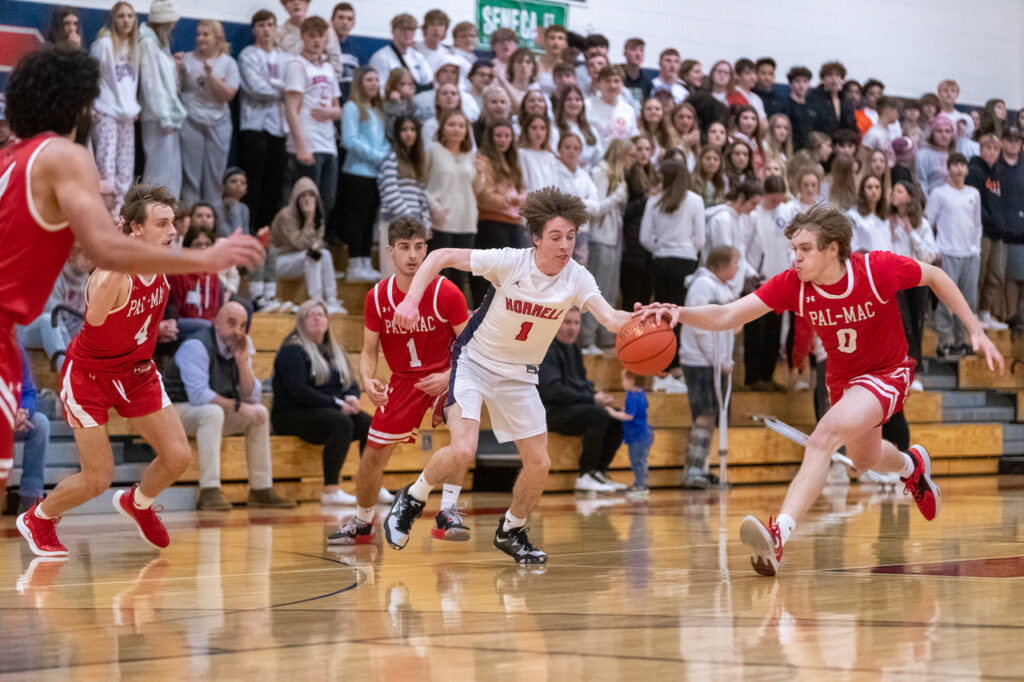 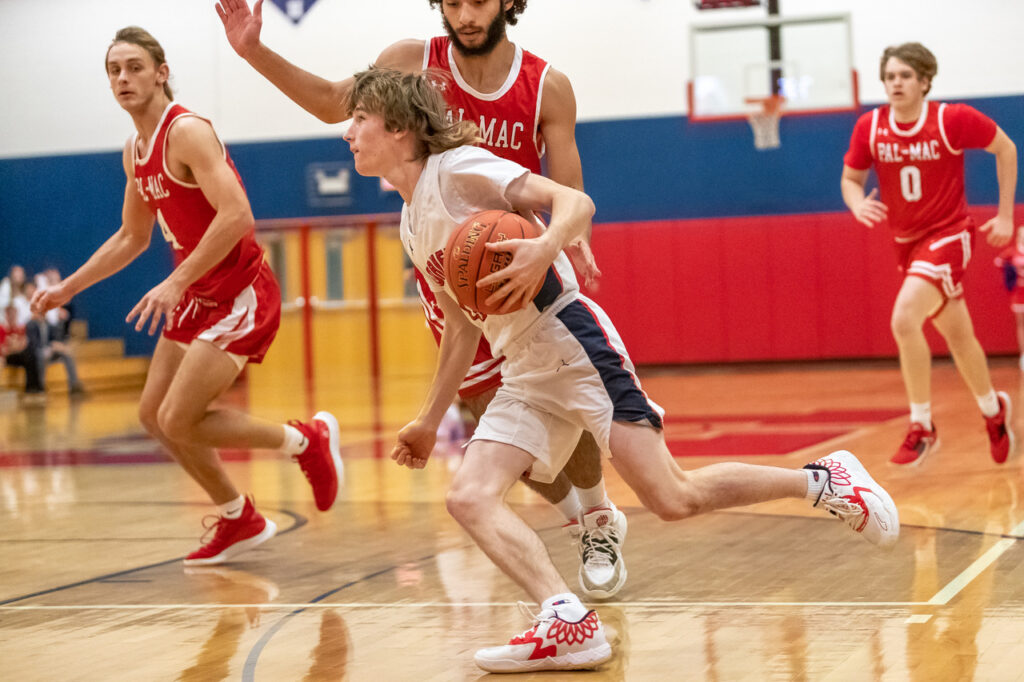 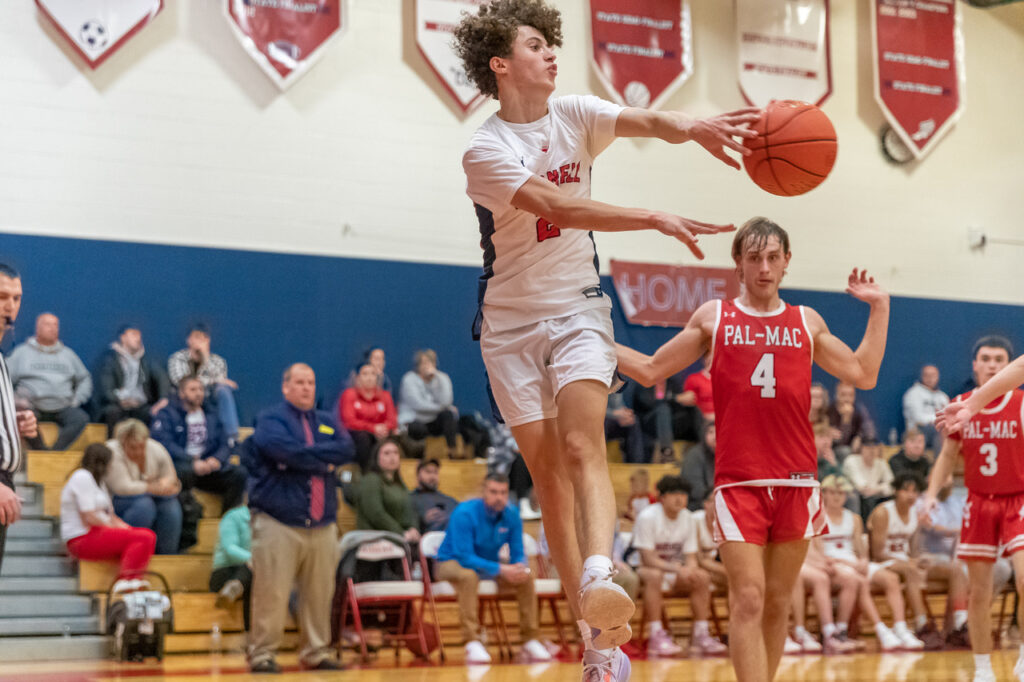 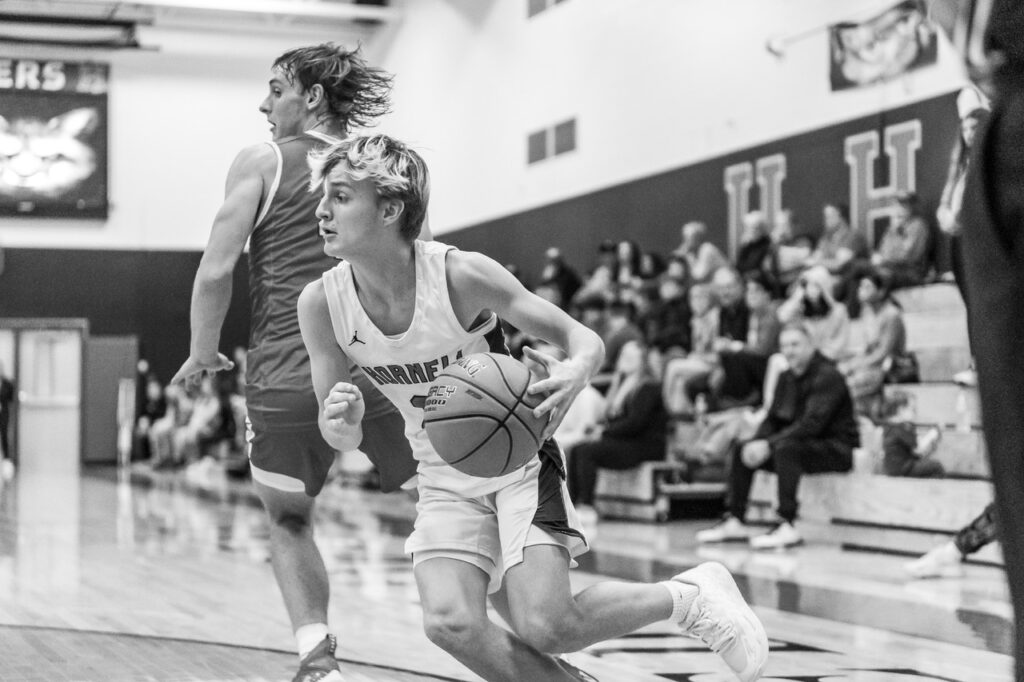 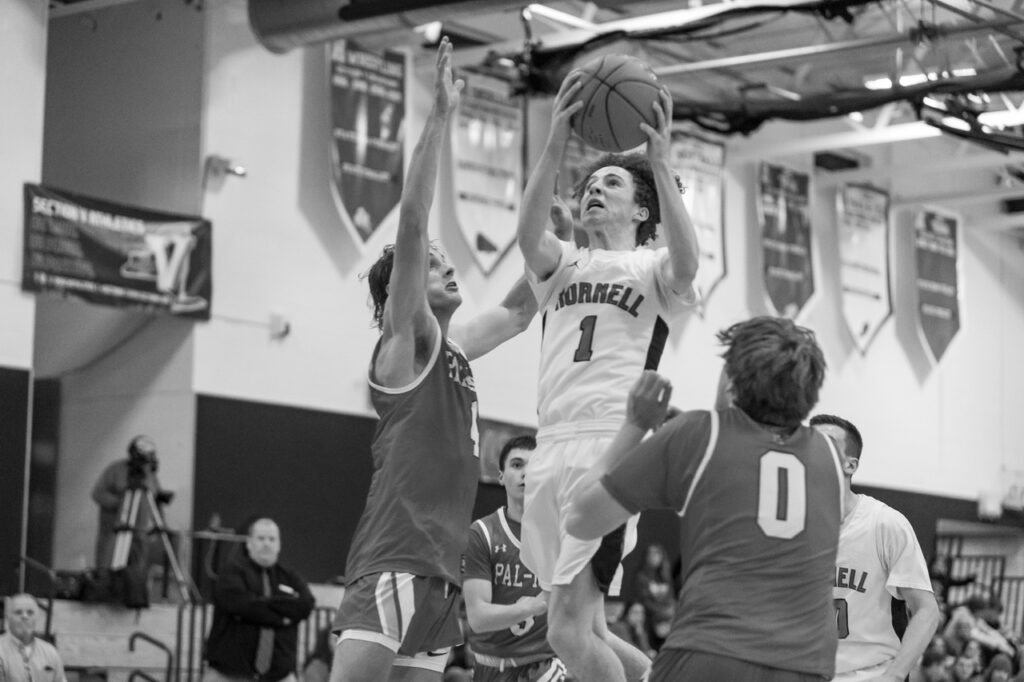 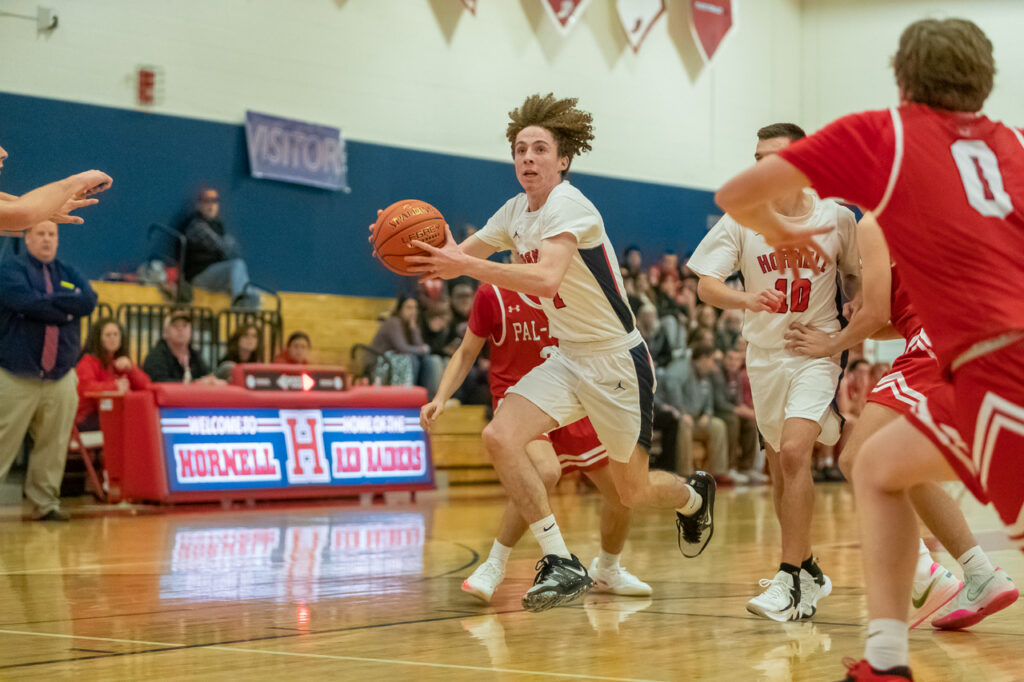 YMCA to host “Parents Night Out” in Hornell December 8

For the Goldman Family, Alfred NY is home

Pedaling it Forward: The incredible story of Hornell’s Larry Pelkey who donates bikes to the community