Hornell parade sends Mason Drew to states (video and photo gallery), wrestlers from Canisteo and A-A also on their way

By JOHN ANDERSON, video and photo gallery by STEVE HARRISON

HONRELL — Sure it was cold Thursday morning, but it was the perfect day for a parade. The Hornell City School District and city emergency vehicles held a short parade to send Mason Drew off to the New York State Wrestling Championships in Abany at the MVP Arena.

Drew won sectionals at 126, then had a tough bracket at Super Sectionals in Brockport, but was able to defeat Gavin Bob of Canisteo-Greenwood, 6-1.

With the true first and second place finishers going to states, Bob will be in Albany with four other Canisteo-Greenwood wrestlers as we as local wrestlers from Alfred-Almond and Dansville in what many are calling a strong Section V team with a chance to win overall states.

And he has earned every accolade.

Hornell coach Bill Drake will be making his second trip to states, the first for him was with Kade Slayton.
Drake was impressed with the send-off parade.

“It’s humbling and amazing. When I came here I knew I was taking a program that wasn’t a star. And now we have sectional championships and so much support from the community,” Drake said. “They come out and help at our tournaments and help with our individual wrestlers. It’s amazing to see everyone come together and help us with whatever we need.”

Drake said of states, “Mason’s always been so close, but injuries prevented him from taking the final step.”

“He’s 44-1, he has a lot of accolades, yet he is the #11 season and a lot of people are upset with the low seed,” Drake said. “But we kind of like that he’s the 11-seed. He’s in a good spot. If he wrestles like he is capable of, we should see him in the finals or at least on the podium.”

Drake laughs when he’s asked what kind of coaching he will do. He said Mason has the right frame of mind and can handle anything that comes his way.

“He knows the moves, he’s got the stamina,” Drake said. “I just have to make sure he is at the mat he has to be!”

Drew shook hands with friends and community members and said, “Now, I just want to wrestle. It feels great, I have a lot of people behind me.”

As calm as he was, his mother, Gina Darrin, was the opposite.

“I’m happy and I’m nervous,” Gina said. “I’m more nervous than he is, and he’s the one who is wrestling!”

Along with Bob, Canisteo-Greenwood is sending Xaiver de Jesus-Remchuck, Colton Havens, Beuh Zeh and Braidon Woodward to states. During the Super Sectionals, de Jesus-Remchuck won the title and the others took the true second.

Alfred-Almond’s Ben Lloyd had four wins at Super Sectionals (two wins by pin) before a 7-0 win in the finals to go to states. Dansville’s Gavin Hart took second at Super’s to earn a trip to Albany and the state tournament as well. 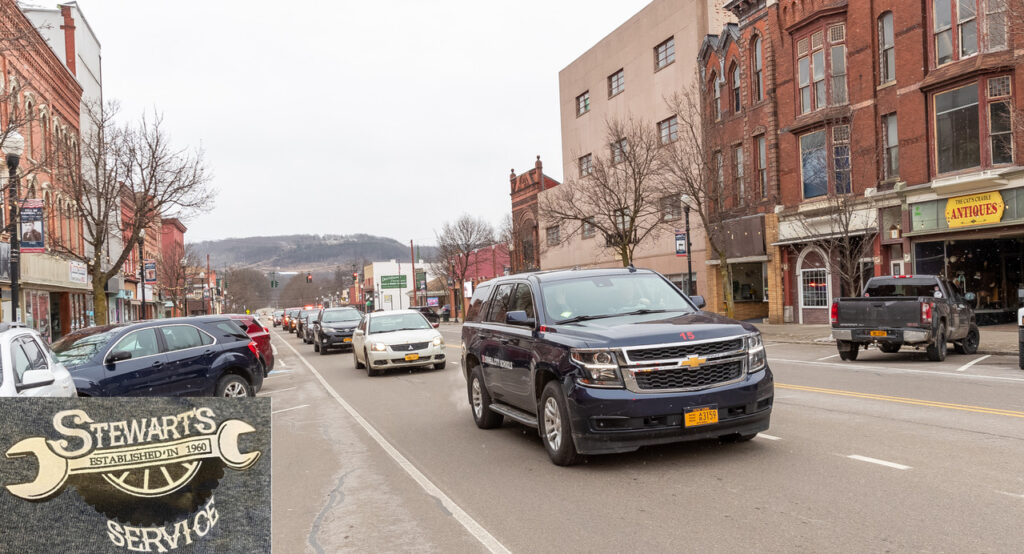 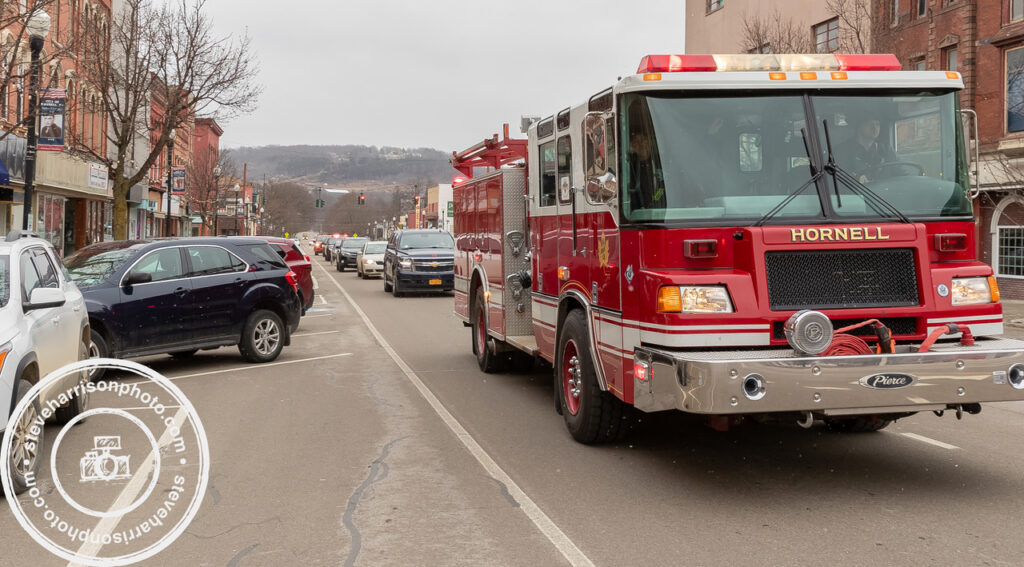 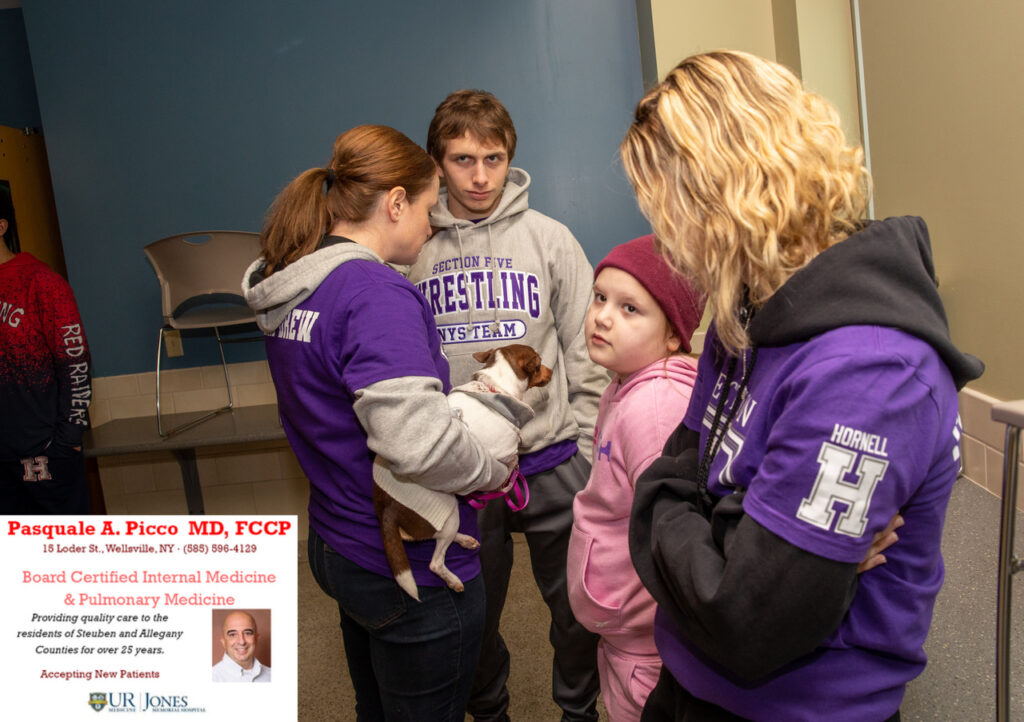 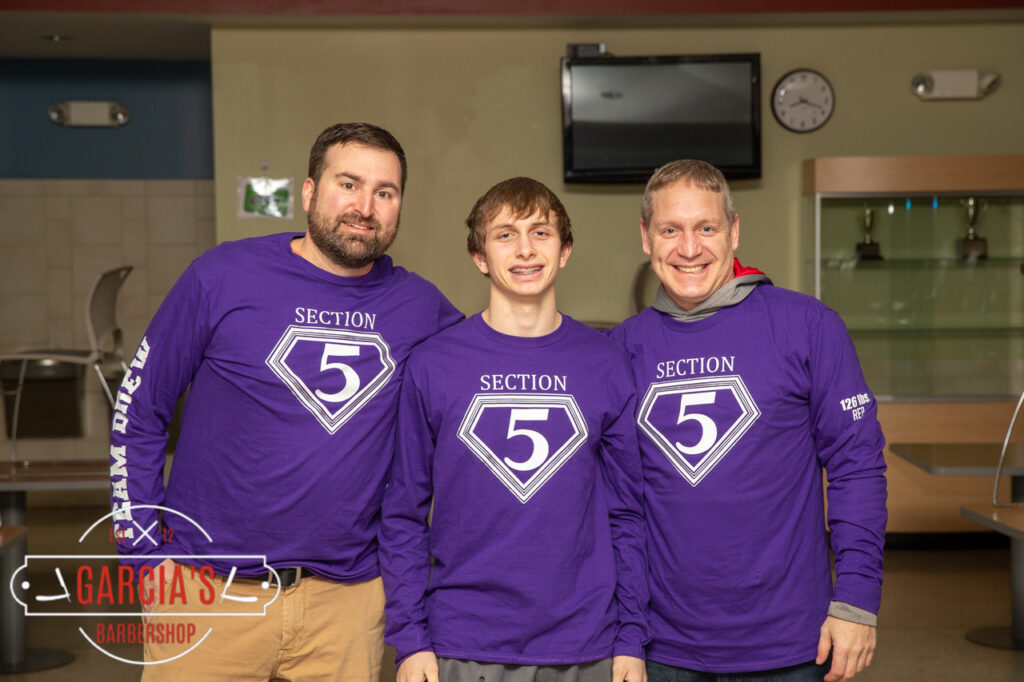 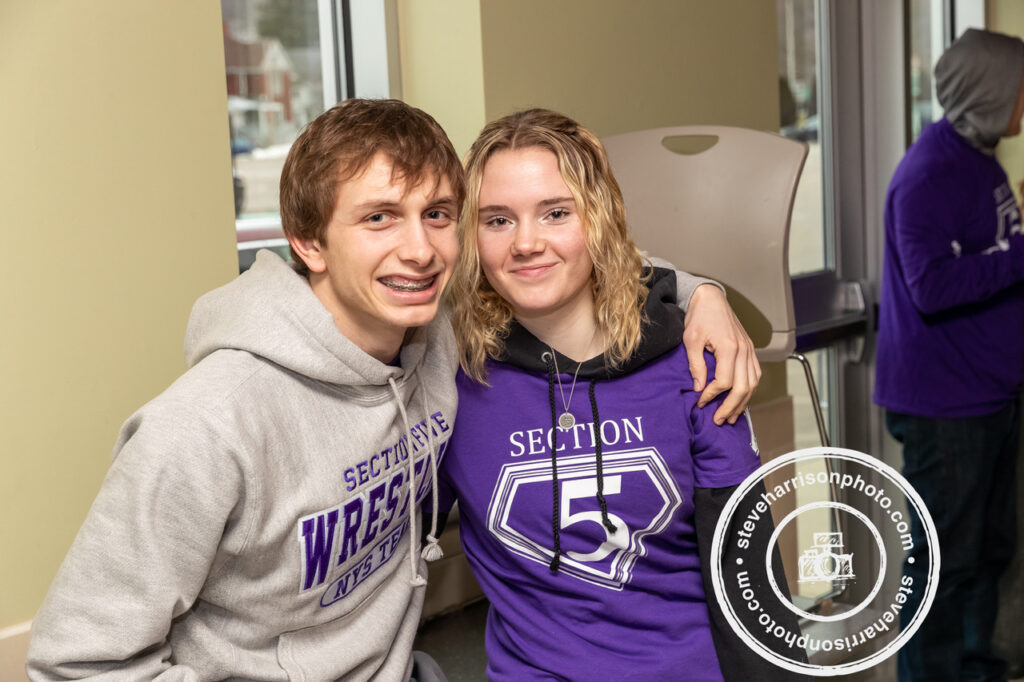 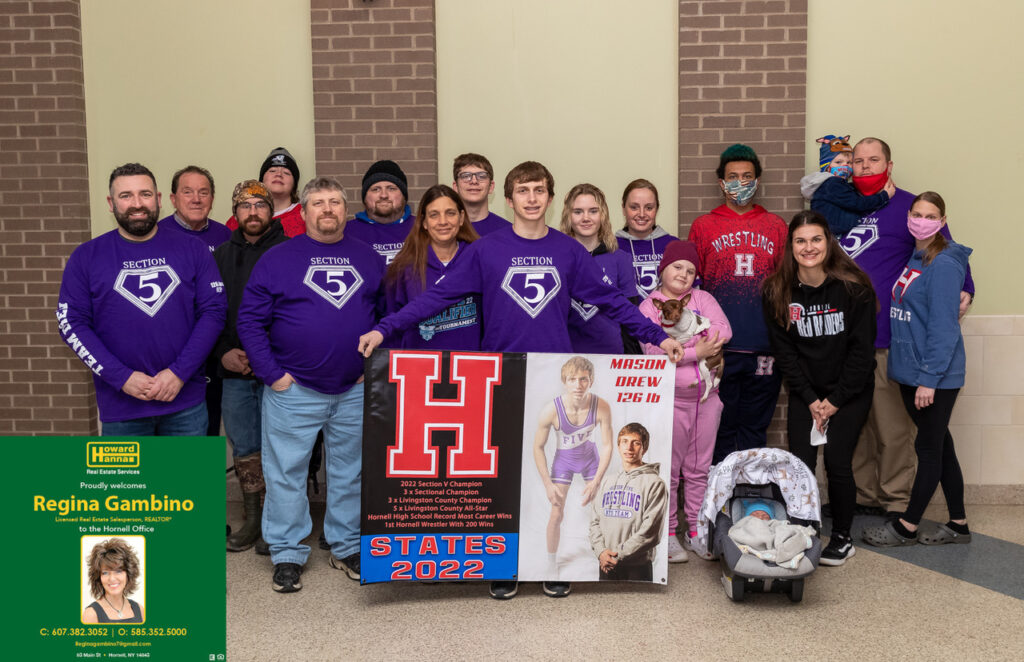 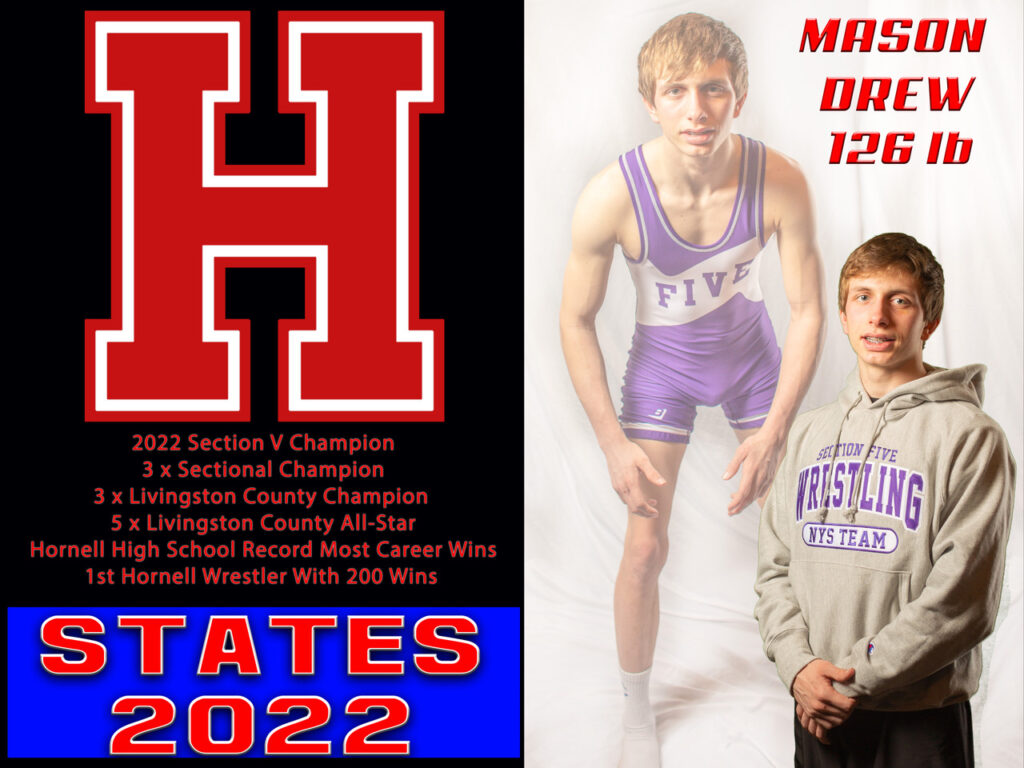 Big News: Wellsville’s Jason Curl will be promoted to Brigadier General today by the US Army at Fort Drum