Entering the day, Wellsville had won four straight games, with their offense and their pitching reaching towards the top of its peak in sublime fashion. There was no better time for it, with one week of regular season action left on the table.

As for Hornell, they were in town looking to avenge a high-octane defeat to the Lions in a game that saw both teams combine for 20 runs and a bounty of hits when they fell by an 11-9 count at Maple City Park last month.

This time around? A much different story.

Their series finale was all about defense and the pitching in front of it, as both teams came out dealing with three straight scoreless innings. But once a team was able to find that groove to break the ice, they would ride it until the end.

That being the Red Raiders, as they used a solid fourth inning outing of offense to open it up, hanging onto the lead all the way until the seventh where they would add on key pieces of insurance to ensure their victory to split the season series with a 5-2 road win.

“Both of our pitchers did a really nice job keeping a good Wellsville offense at bay. Matt McKee was really efficient early and had some quick innings and then Griff was lights out the last three innings to close it out,” said Hornell coach Jake Kenney. “Offensively, I thought our at bats were pretty good from the 2nd inning on.  We put some pressure on their defense with some small ball and then were able to capitalize on a few mistakes with some timely hits.”

“We were there. It was anyone’s game going into the fifth inning,” said Wellsville’s first-year coach. “They scored a couple extra runs in the seventh to put it away. The defense was really sloppy tonight, even though Jere pitched well enough to keep us in it. We had some miscues in the fourth inning when they got on the board. Mental breakdowns, missed defensive coverages. In a game where you have two teams that are so evenly matched, those miscues can make a big difference.”

Despite some quiet happenings across the first three innings of play by each team, Jere Havens took command of the mound and recorded a hot start to his game, fanning the first three outs of the game himself in Hornell’s first go-around at the plate

Both squads were neck and neck in the middle innings and into the ending stage. A time where the Red Raiders we were able to break the ice in a big way, scoring three big runs in the third inning led by a two-run double down the left field line. The lead for Hornell grew to three with an RBI from Dom Nasca himself off a single into the shallow portion of the outfield.

Wellsville (9-7) would find a way to try and climb back into the game in the home halves of the fourth and fifth, beginning with a Cooper Brockway two-out RBI single into right field to cut the deficit down to a pair.

Cody Costello would begin to ramp up the pressure in the bottom of the fifth, as he added an RBI of his own to inch ever so closer towards Hornell. But in the end, the lead was upheld by the Red Raiders with their final two runs of the game coming in the top of the seventh.

The Lions scored two runs off four hits at the plate, while Hornell recorded five runs off eight total hits themselves. On the mound for the hosts, Havens went the distance by handing out nine chairs and walking just one. Helping the offense at the plate was Alex Perkins and Kavan O’Grady, each having a single.

Hornell was paced by Matt McKee, who tallied the win behind four strikeouts and two walks. On offense, Gates Miller and Shawn Rose each had two hits.

On Friday, the Lions will hop right back onto their home field for a 4 p.m. first pitch slated against the Bath-Haverling Rams.

It was senior night for Wellsville and that night came for three pivotal pieces to Wellsville’s puzzle this season – Jere Havens, Alex Green and Dylan Culver, as the team celebrated and honored their leaders right before taking on their arch-rival from the East: The Hornell Red Raiders, on Tuesday in the Lion’s Den.

“As a first-year coach, it’s nice to have the senior leadership from those three guys. They’ve been working hard all season long, and our team is very young. They tried to make this season the best one that we can have. We’re going to miss them next year for sure,” he said. 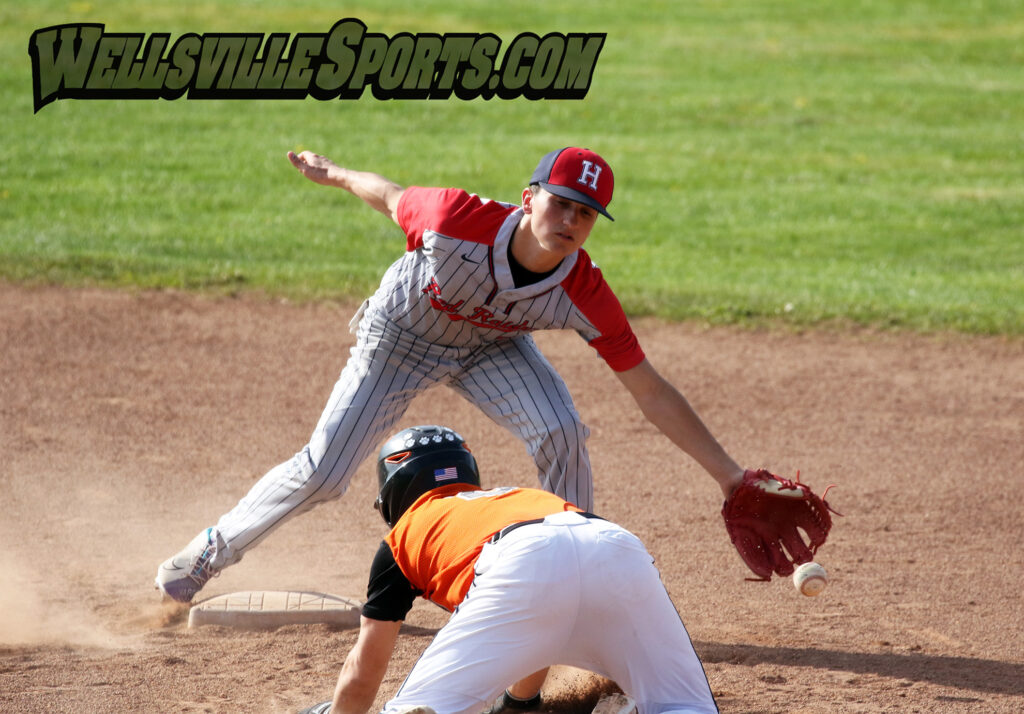 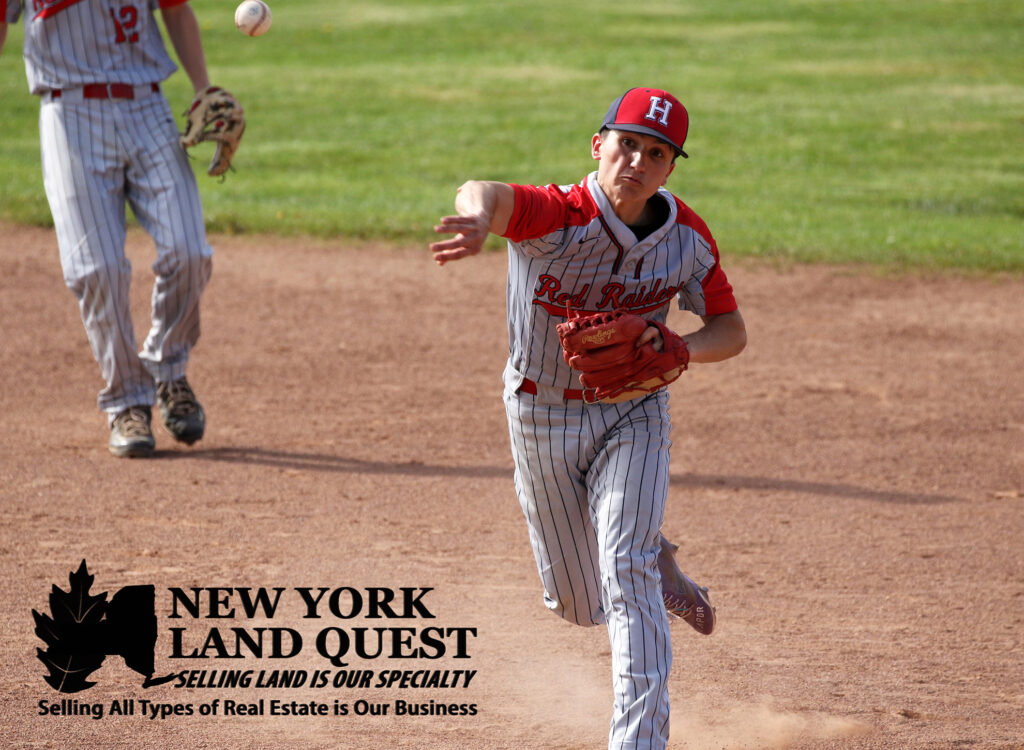 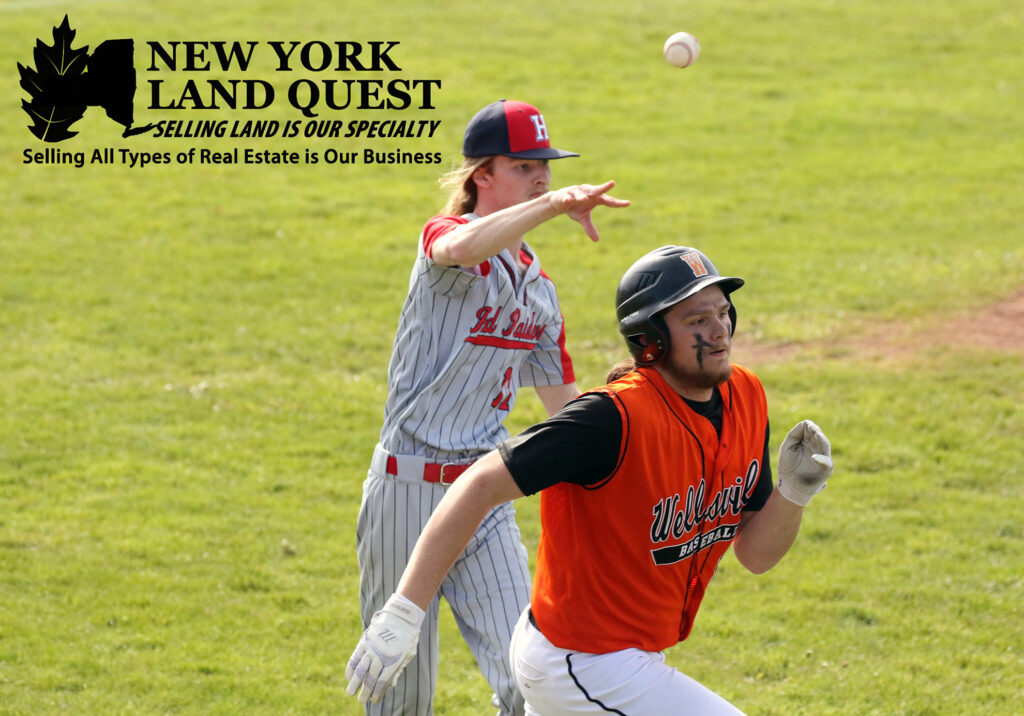 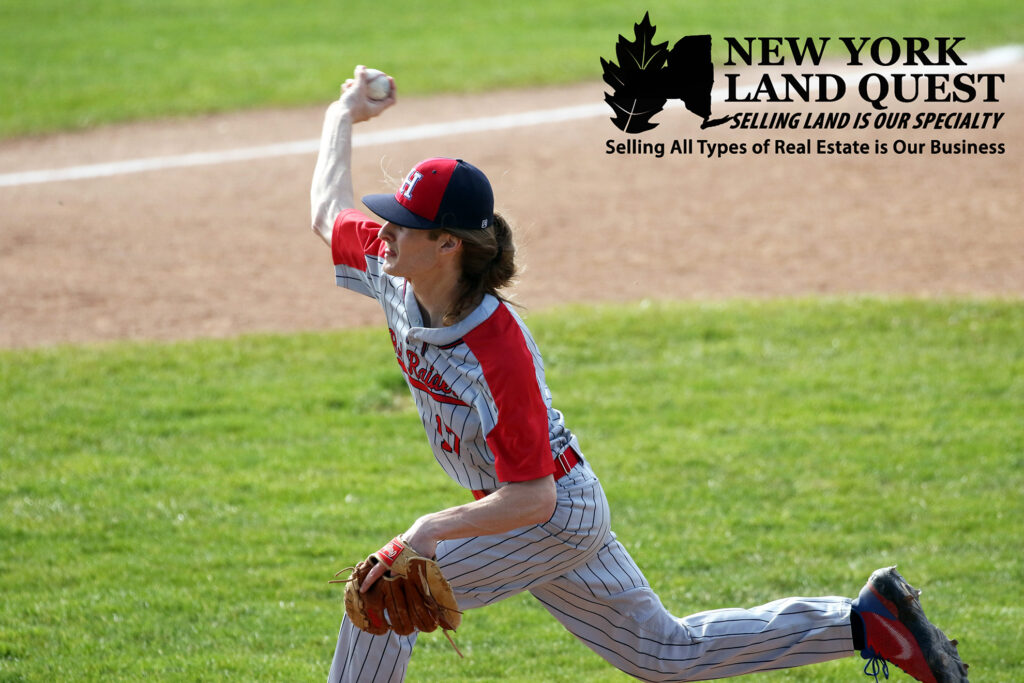 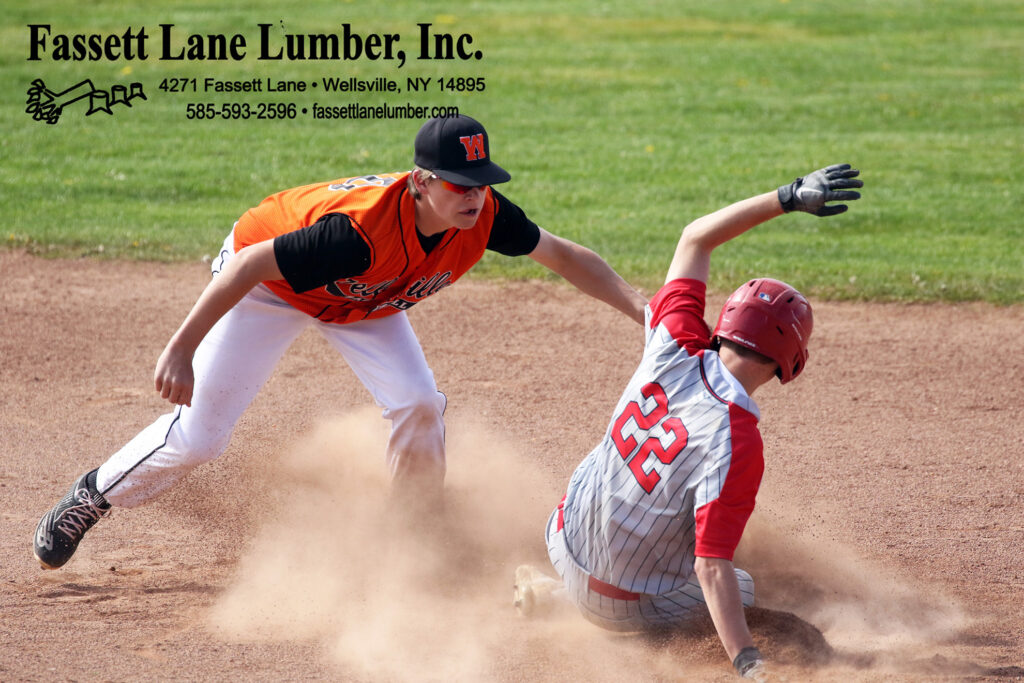