STORY and VIDEO by JOHN ANDERSON

Lucas Thomas has had a lot of calls over the years at the SPCA Serving Allegany County shelter in Belmont. On Wednesday, the shelter manager took a call as a young bald eagle needed to be rescued.

“Mark Cline was mowing (near the old Pfuntner Farm on Old State Road in Amity) and he found a bald eagle in the grass,” Thomas said. “The wings were working but the legs didn’t work. It was like a sea turtle going out to sea. The wings were working, but there were no legs to it. Mark said he came close to running it over and he didn’t know if it was an osprey or a hawk or an eagle.”

Thomas said he is not an expert on eagles, but he said “it was a pretty good size bird but adolescent. It was not mature because it was all black. It was definitely not a baby, maybe a fourth of its wingspan. They don’t reach maturity until age 4 and then get the white head.”

Cline then called Donna DiGiralamo who at one time helped at the shelter. She contacted Thomas, who then called Cheri Dobmeier at Abbie-Freeland Wildlife Sanctuary.

“It was near the power lines and something was wrong with the legs. We corralled the bird, got it in a crate and called the DEC, but didn’t hear back,” Thomas said. “So we called Cheri Dobmeier and she said if we could bring it to her, they would take care of it. When we got there, they loaded the eagle up and took it to Cornell University Animal Hospital.”

“We will see what happens … if he doesn’t find it, it may not get any treatment,” Thomas said. “We can’t say if it’s going to live or die yet, but at least it has an opportunity … it could not fly.”

Photo gallery of the Eagle: 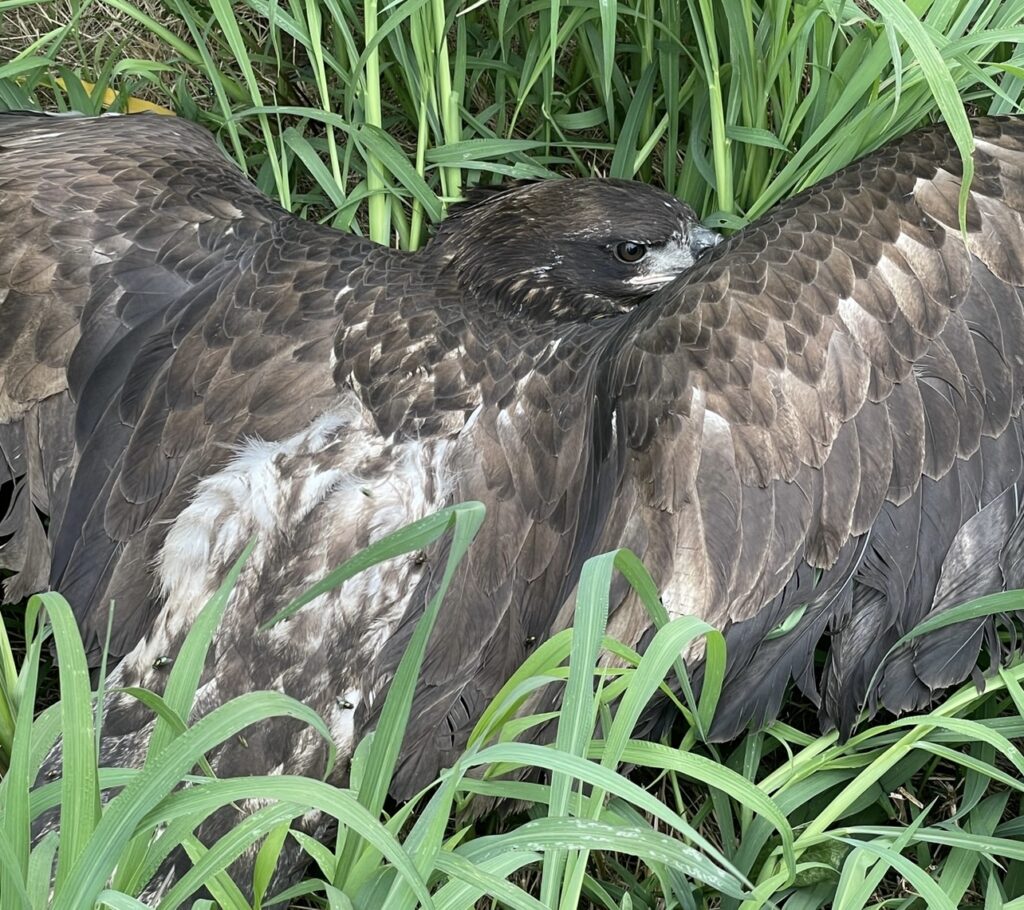 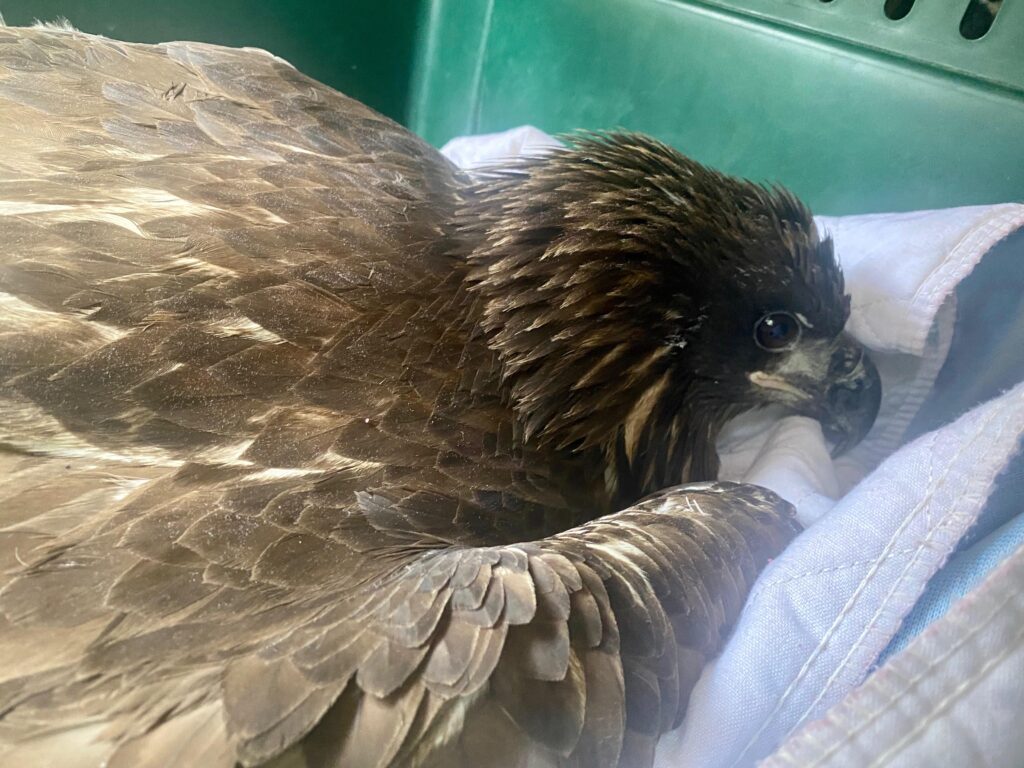 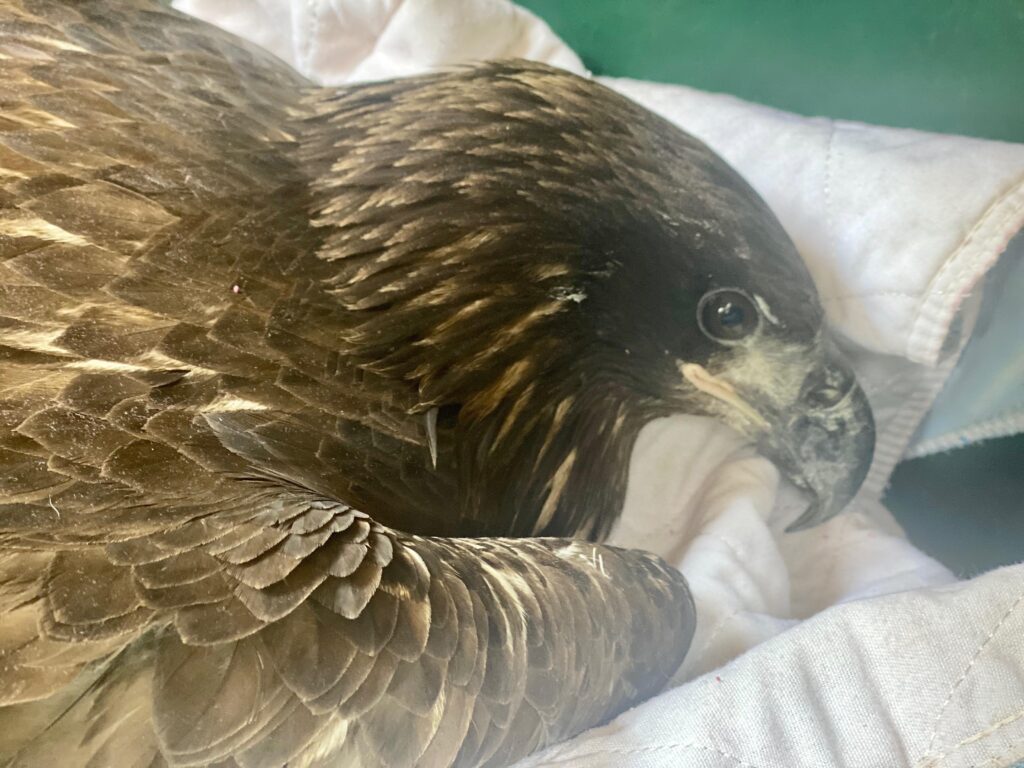 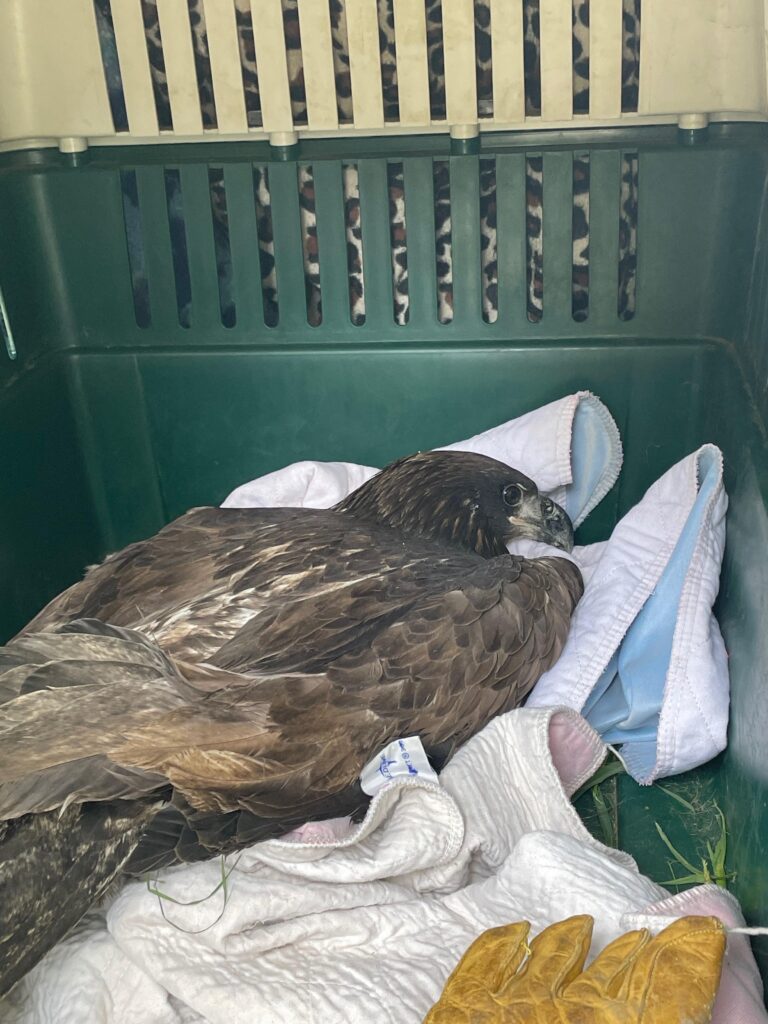 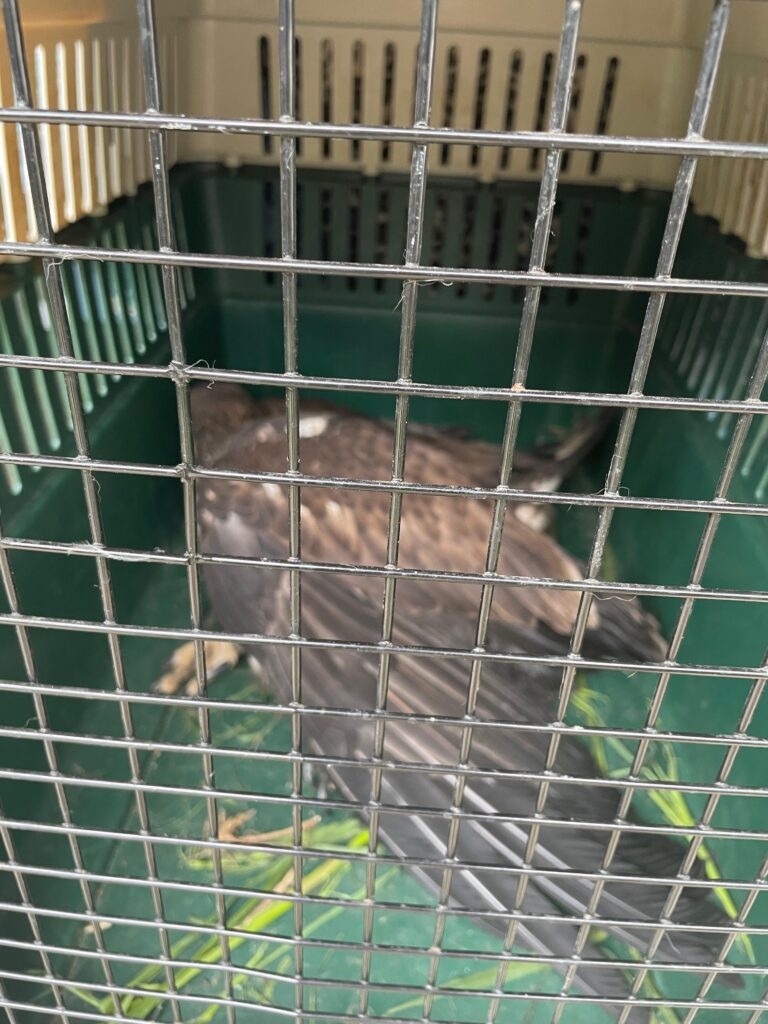 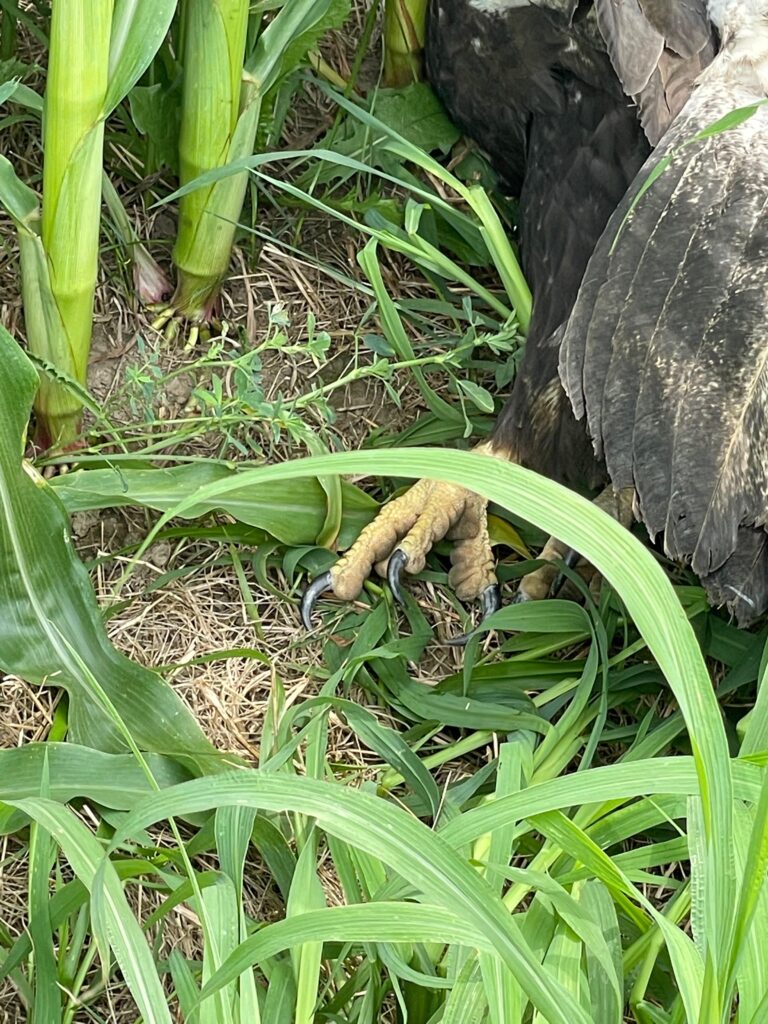 Looking back at Gathering of the Artist’s festival, view gallery