Over the course of this season, the Jasper-Troupsburg Wildcats have become a team to watch not only in the Steuben County basketball scene, but across Section V. Using a combination of an electric, spread-the-wealth offense to pair with a stout defense, the Wildcats have accounted for six straight wins to keep their fire lit.

Monday night’s road trip remained no different, as the team wasted no time coming out on an explosive note by scoring a pair of quarters consisting of at least 20 points, including a massive first quarter run that automatically put the hammer down against Friendship/Scio in what was a 77-43 road win in Scio.

The Wildcats were on fire through the first 16 minutes of action, as the tag team of Cayden Lawson and Cash Bouton helped set the tone almost immediately with the bulk of the team’s points, with Bouton finding his groove down low and Lawson nailing a pair of threes along the way to fuel the offense even more. In all — a 21-10 run of Friendship/Scio (2-8) to take a strong advantage ahead.

In the second quarter, the momentum would remain in Jasper-Troupsburg’s complete control to close out the first half, permanently sealing their victory with a massive 25-7 run led by Bouton once more inside, who recorded nearly half of the team’s points in the midst of their balanced attack.

Bouton would conclude an incredible night for the Wildcats with a game-high 22 points.

For Friendship/Scio, Brenden Loucks led the team’s inside attack with his team-leading 19 points, while Ethan Davenport took it to the outside with his three triples from downtown, putting them towards a 14-point effort.

Up next is a Wednesday night road trip for Friendship/Scio, as they visit the Bobcats of Hinsdale in a 7:30 p.m. contest. 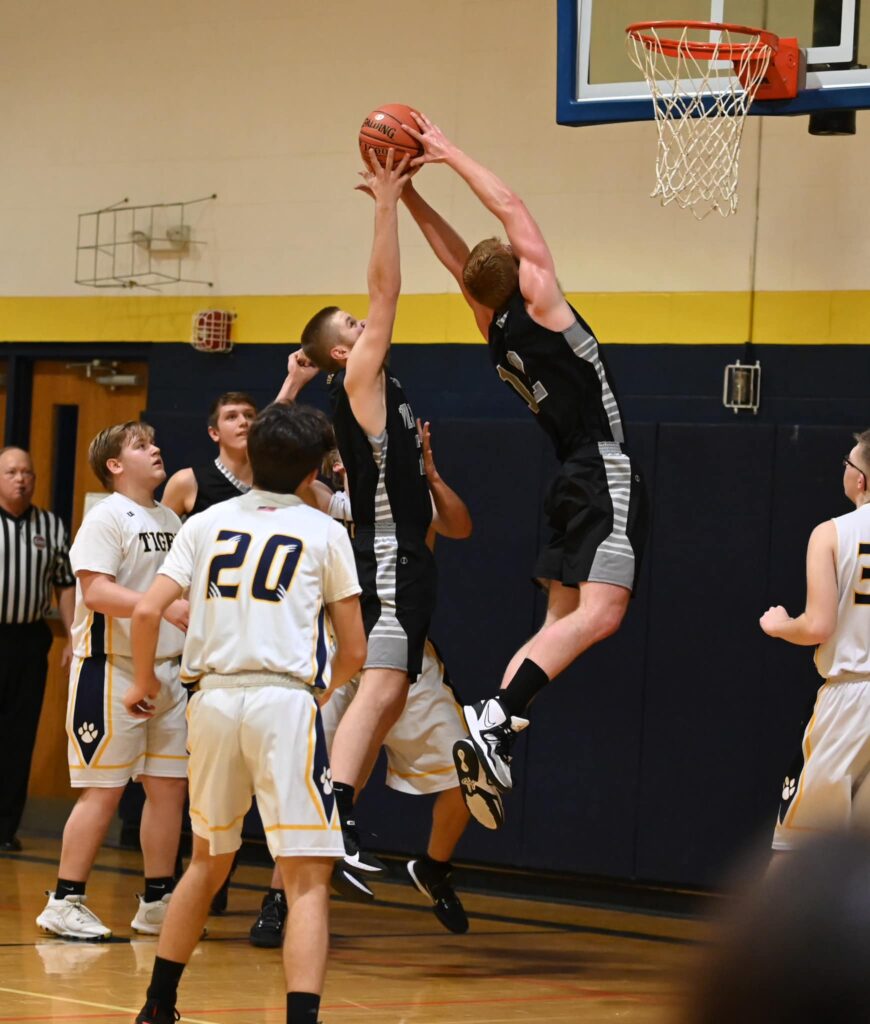 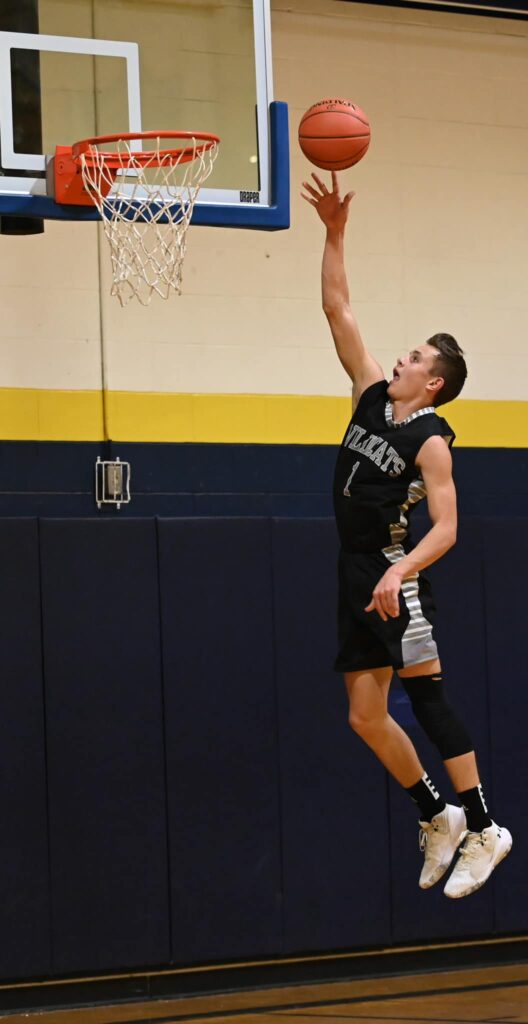 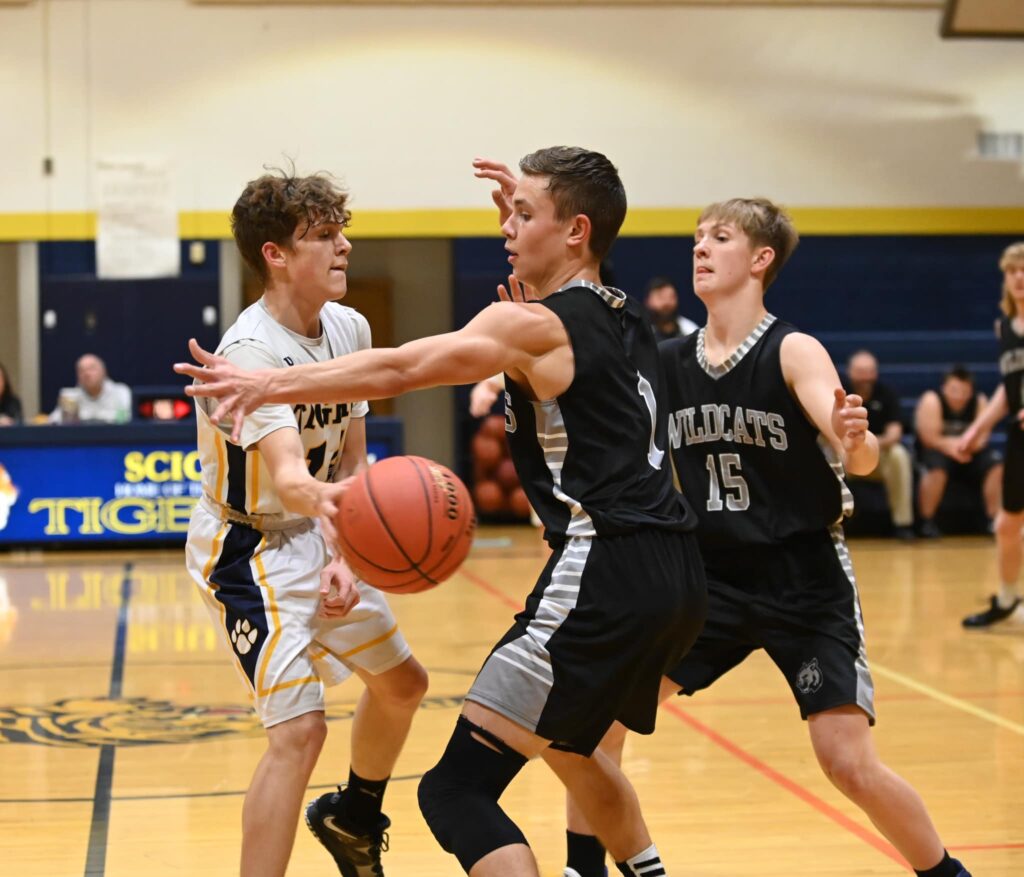 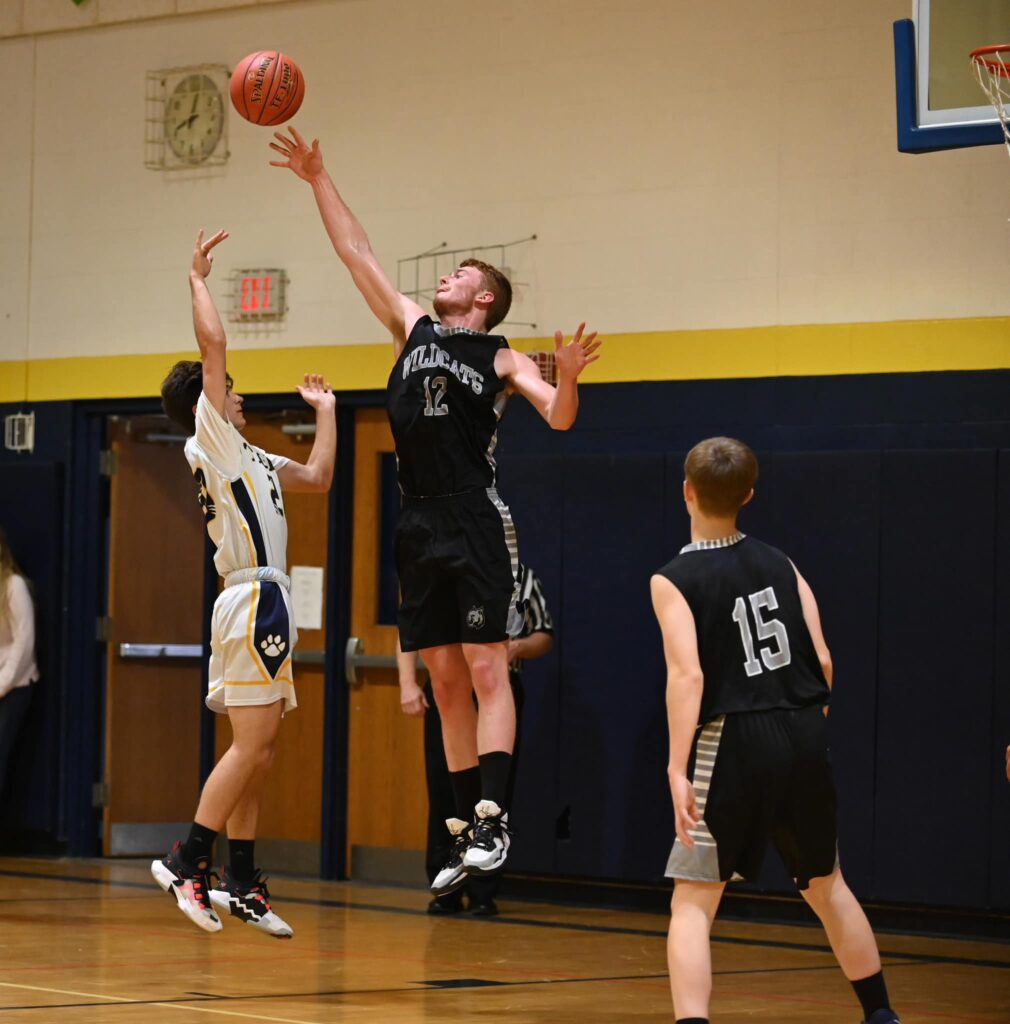 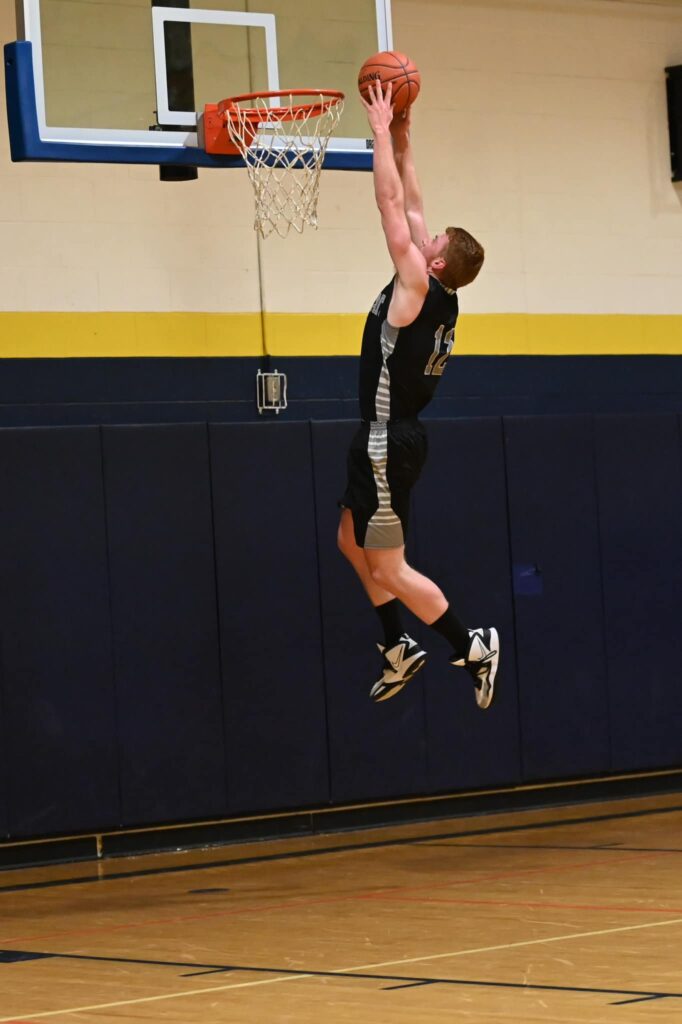 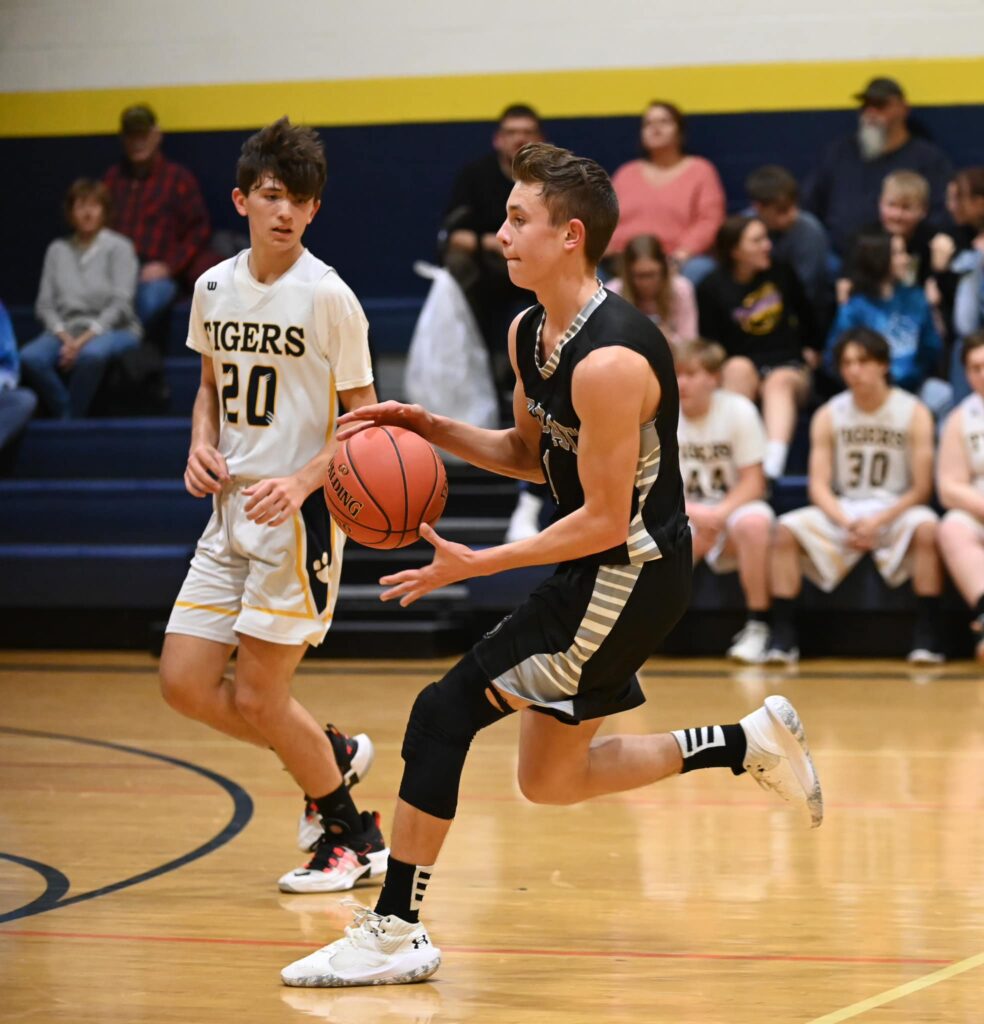 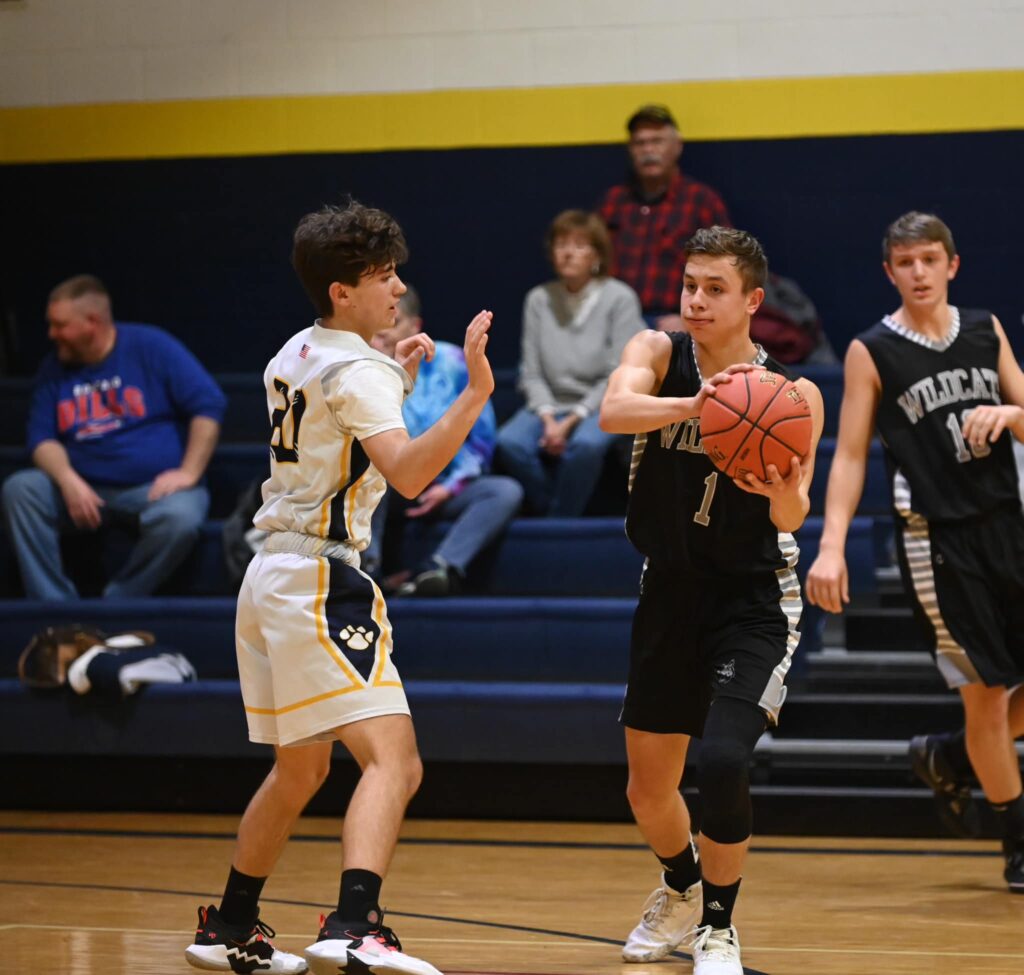 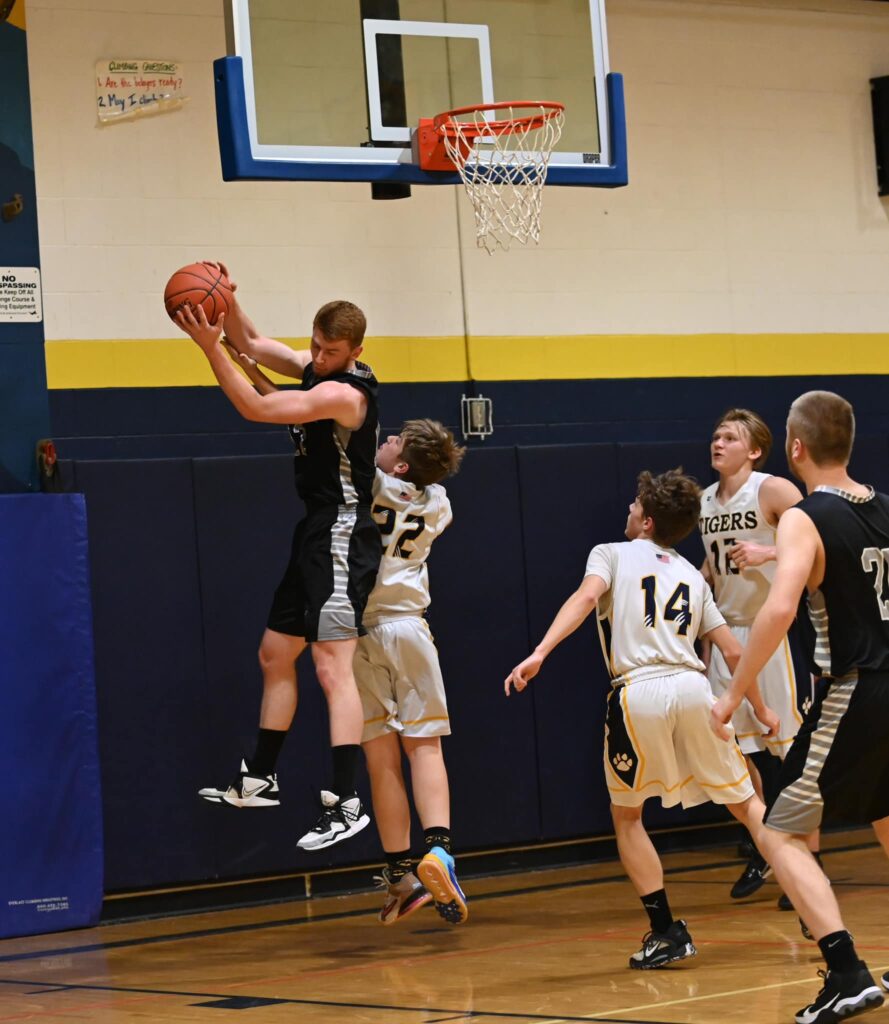 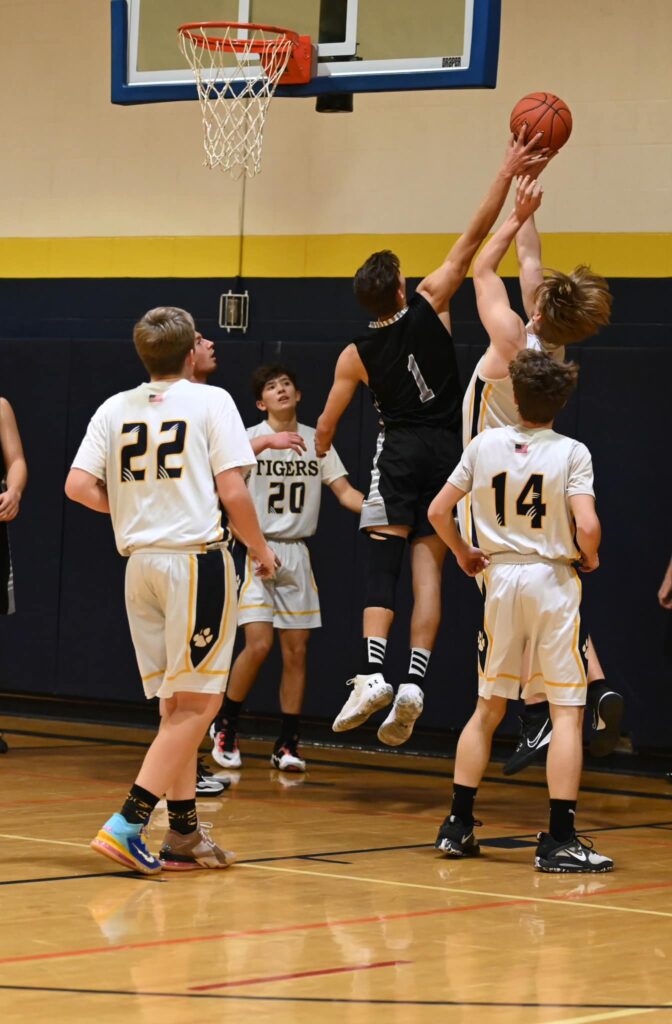 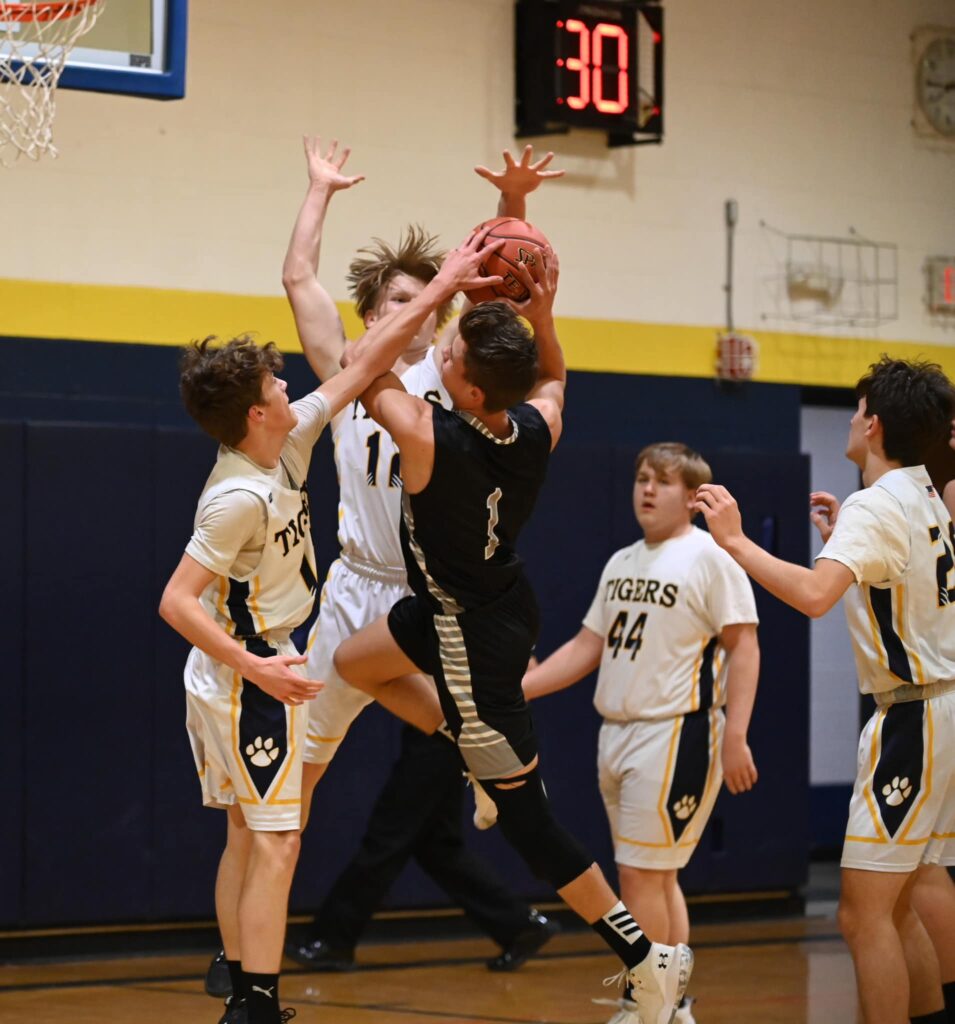 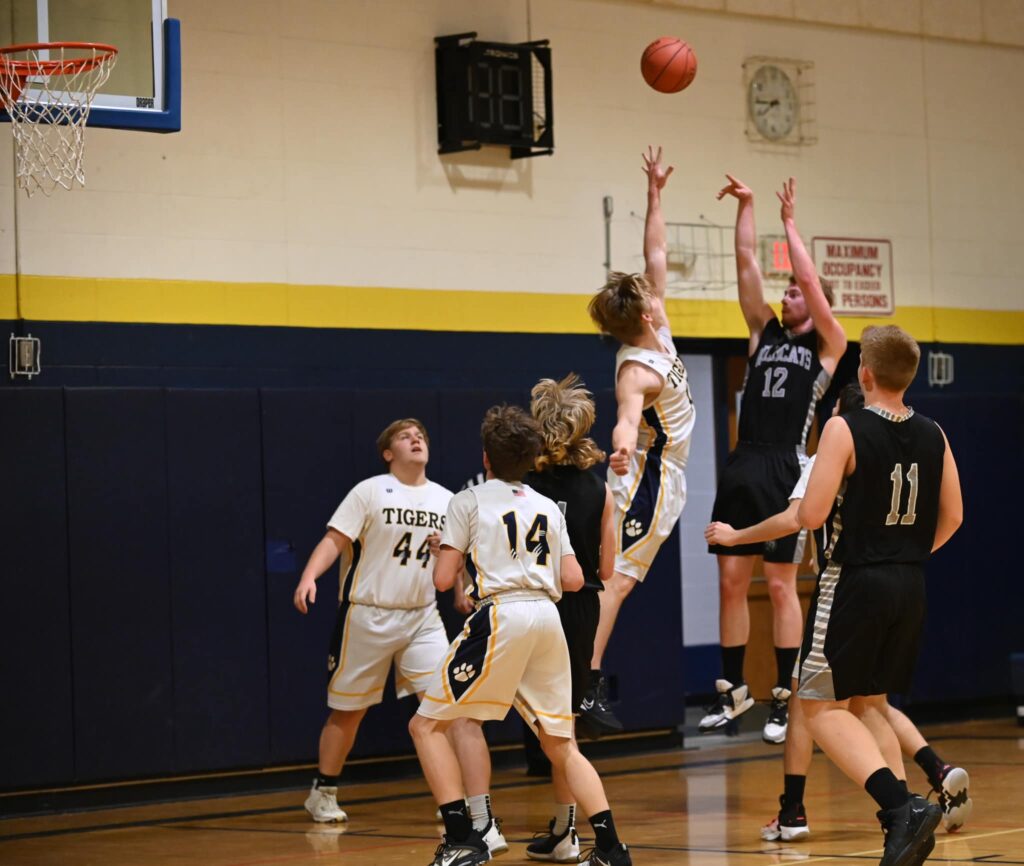 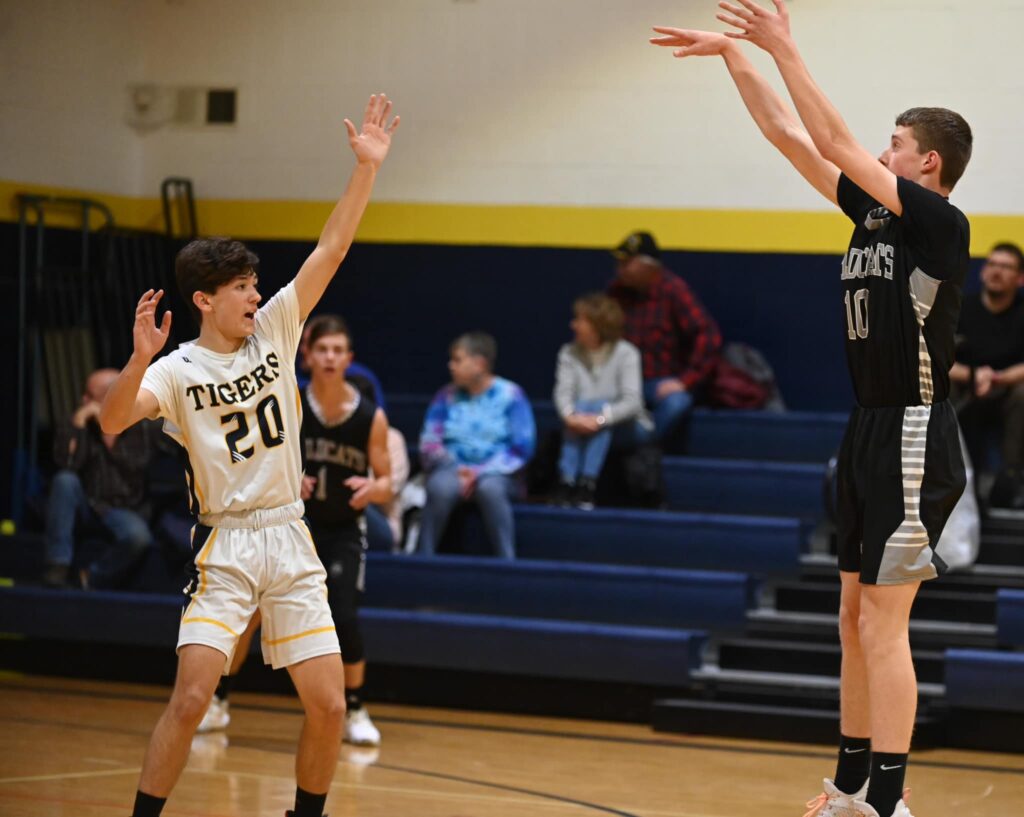 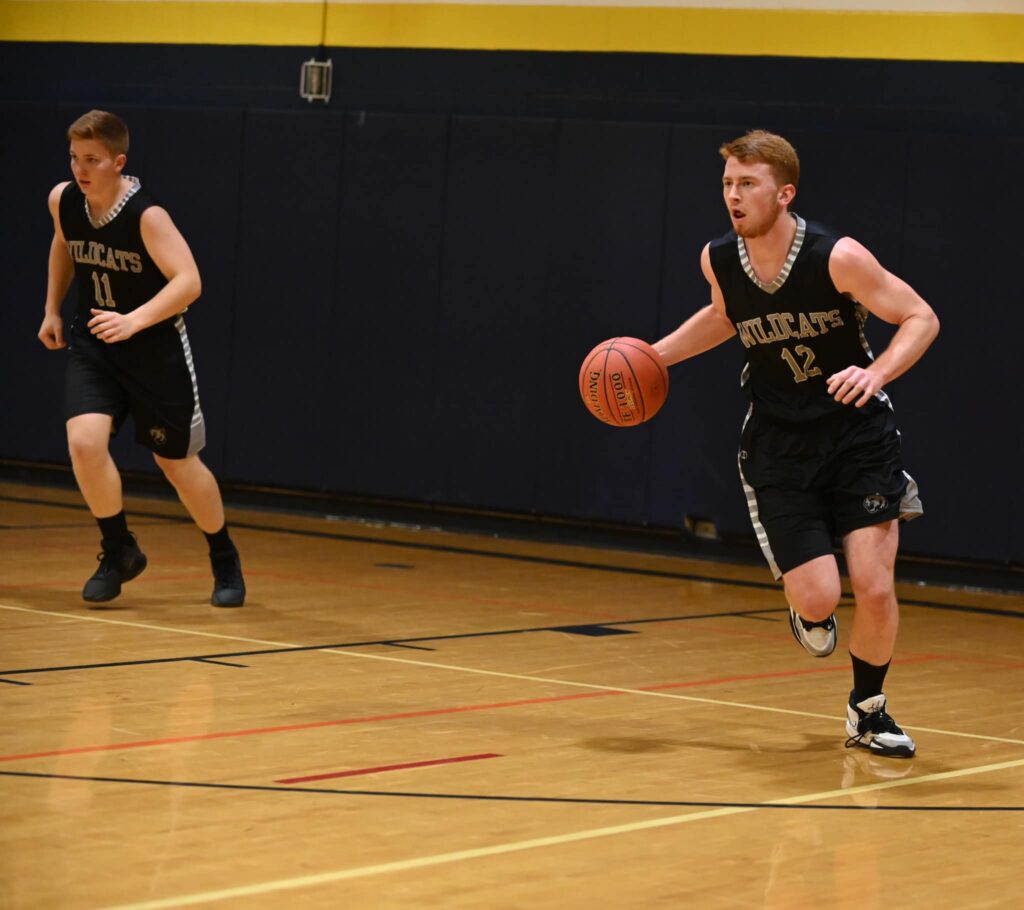 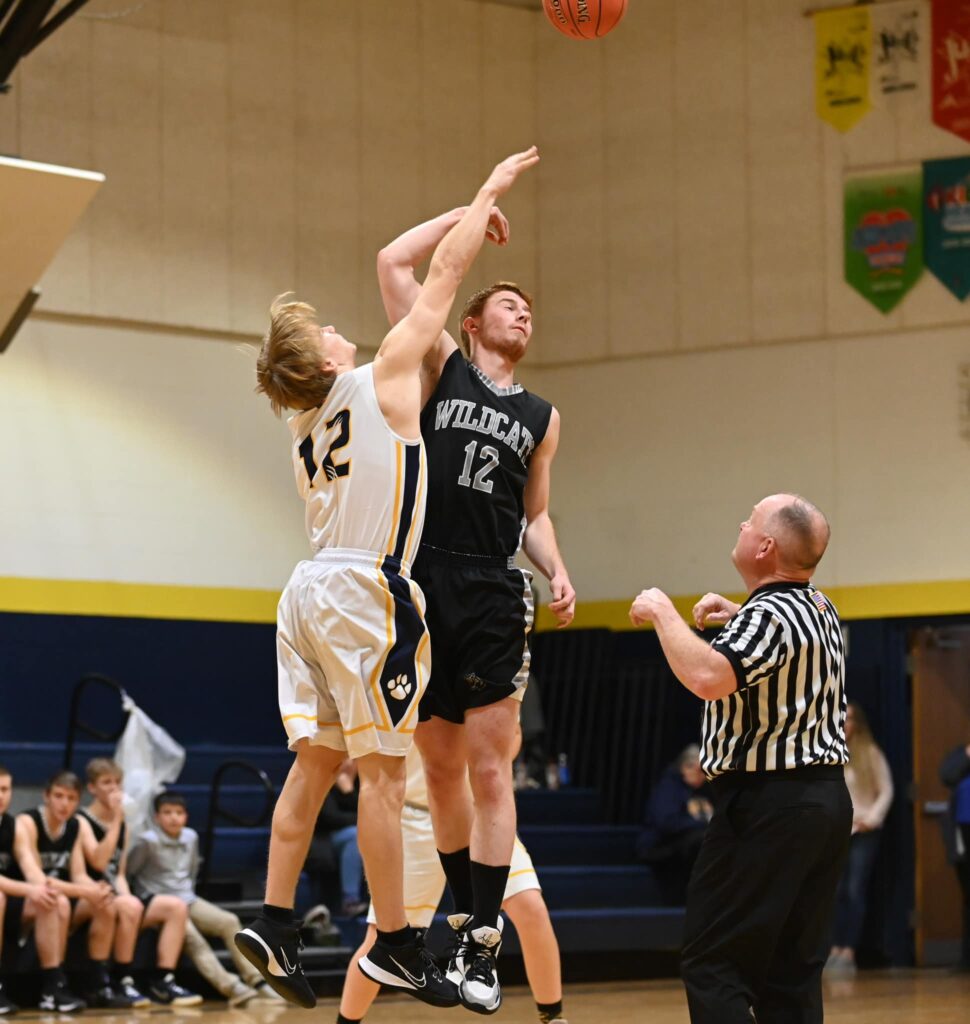 If you’ve watched a Hornell Red Raiders soccer game in the last couple years, you’re probably familiar with Wyatt Argentieri’s speed and intensity on the soccer field.  Argentieri’s defensive skills often looked effortless, and the speed at which he could steal the ball from his opponent and carry it all the way to the goal himself or cross it in for an assist was impressive to say the least.  Well, that speed and intensity certainly carried over to the basketball season.  Argentieri played an outstanding defensive and offensive game and led Hornell to an 81-54 victory over the Cal-Mum Raiders.

The Hornell Red Raiders came out strong and took a commanding 30-14 lead after the first quarter of play.  “The kids started fast,” said Kirk Scholes.  “We had a big first quarter offensively.  The press sped up the game, and it’s a pace we are very comfortable playing.  Anytime you score 30 points in a quarter, you know that you are playing well and being efficient.”  The visiting Red Raiders increased their lead by 23 at the half and held that lead throughout the second half of play.

“Wyatt Argentieri had a big game for us.  He had a career high 16 points and did a great job of being active in our press.  He finished with 5 steals and 10 deflections and was the key to our defense,” continued Scholes.  “Wyatt is a ball of energy that plays so hard.  He brings so much to our team.  He’s grown so much in one off-season.  The game has slowed down for him, and he’s not only playing hard, he’s playing smart.  He’s going to have a big second half of the year!”

Argentieri and Gennaro Picco both had 16 points on the night, while Aaron McInerney led all players with 5 assists and grabbed 6 rebounds for the Red Raiders.  Cal-Mum’s Donny Peet and Braeden Fonte scored 15 points apiece in the losing effort.  Nate Doll had an impressive 11 rebounds for the home team.

In JV news, the Hornell Red Raiders beat the Cal-Mum Raiders 56-36.  Marco Picco had the game high 21 points on the night while Kellen Crowe chipped in 11.  Cal-Mum’s Tyler Potter scored 11.

The Hornell Red Raiders will host the Livonia Bulldogs on Wednesday night in a rivalry matchup.  JV is scheduled to start at 5:30 with varsity play at 7pm.

CANISTEO — It was a game that Bolivar-Richburg head coach Justin Thomas said that his team needed to have. Approaching the midway mark to their season, the Wolverines needed a measuring stick to identify where they currently stand.

That would come in the form of the Canisteo-Greenwood Redskins come Monday night.

With seven straight wins in the wagon, their attempt at an eighth would not come easy at all. The Redskins came out swinging with a massive blow to start the game, holding their lead steady across the first half before going into the break carrying a full head of steam. In the same swing, a talk in the locker room for the Wolverines during the break.

The number one talking point: buckling down on defense. The message addressed by Thomas to his team, was delivered and received loud and clear.

As their response, the Wolverines provided the biggest explosion of the night — a scoreless third quarter run of the Redskins, using their defense as their best offense, as the team produced a game-changing spectacle to turn the tide of the battle completely in their favor, overtaking Canisteo-Greenwood in the driver’s seat and using clutch free throw shooting down the stretch to hold the fort down in their resilient 56-48 triumph over the road to remain undefeated with their eighth straight win.

“We needed both halves of this game. We needed someone to kick us square in the teeth and give us that “check yourself” moment, and that’s what they did with a strong first quarter,” said Thomas. “We were reeling and we couldn’t get anything going at all. We left big open gaps for them on defense, and they knifed us with the (Carson) Chaffee kid from downtown. They did whatever they wanted to do.”

Canisteo-Greenwood was red hot to start the night behind their hottest frame of offense, using the three-point game of Carson Chaffee to get them going from within an 18-7 lead they would take over the Wolverines (8-0). The advantage carried by the hosts was threatened going into the break, as the two teams traded a near-even exchange in the second, with Bolivar-Richburg garnering the upper hand with their 15-point edge to cut the deficit to nine.

With a slight burst of energy to carry into the locker room, they would need a momentous charge to bring it up to full strength for the third quarter.

They would do just that.

Behind the guidance of their defensive core, fronted by David Baldwin and Evan Pinney, the Wolverines issued a third quarter shutout of the Redskins, while in turn, the offense was in maximum overdrive to score an outstanding 17-0 run to overtake Canisteo-Greenwood’s lead ultimately for good, using the remaining eight minutes as icing on the cake.

In the fourth quarter, Bolivar-Richburg would then take their efforts to the charity stripe for some clutch free throw shooting. In the game’s entirety, the Wolverines would go 18-for-28 during their tenure. But in the penultimate frame, the team would record a 13-for-19 outing to seal the decision once and for all.

“We had a good talk at halftime about our defensive rotation, and how we need to let that fuel our offense,” Thomas said. “They rotated excellently, and it started with Evan doing a tremendous job taking the lead for us. The boys recovered and followed behind him in transition. It’s one of those things where we had to chip away slightly, and stop giving up second chance baskets. We stayed even with them to make sure we kept the lead to ice it. It was a really nice second have that we needed. I couldn’t be more proud.”

Aydin Sisson erupted for another big game to pace the Bolivar-Richburg offense, scoring a game-high 25 points to go with three helpers. David Baldwin followed behind with his 12-point, 12-rebound double-double, while Evan Pinney contributed seven points. The Wolverines also eyed some additional special teams help from Waide Karnuth, who had eight rebounds and a pair of blocks.

Bolivar-Richburg will look to continue their winning ways on Wednesday, as they shift their road swing to the Jungle where they will face off against host Genesee Valley/Belfast for a 7:30 p.m. tip-off in Belmont.

NUNDA — A brilliant first half was punctuated even further by the Keshequa Indians on Monday, as they used the early boost of momentum at full capacity to start the brand new week with a 42-30 home win over visiting Hinsdale.

Stats and a complete box score were not made available to report upon publication.

The Bobcats (0-10) will return to action on Wednesday back home, hosting Friendship/Scio at 7:30 p.m.

Letter to the Editor: Who Is Congressman Langworthy Really Looking Out For?

Author Salman Rushdie attacked at the Chautauqua Institute before speech