To start the 7th annual Dan Barkley Showcase was a girls game where both squads were looking to bounce back off tough defeats back on Tuesday. The Lady Lions against one of Class C’s best in Canisteo-Greenwood, and for the Lady Raiders: a 61-43 defeat to the hands of one of Class B’s perennials in Livonia.

A game that head coach Brian Dyring wondered how his team would answer the call against the Lady Lions.

“We had a tough one in Livonia the other night. We really did not play well across the board in a game where I felt like we were prepared to steal it,” he said. “The big concern was not only the opponent tonight, but with a young group, how were we going to respond after that loss. Our energy wasn’t the best, our body language wasn’t the greatest. Pregame, we just talked about getting a good start on the defensive end, pressuring them. Wellsville plays more methodically, so we really wanted to push the pace. If this got down to a close game, we were going to be in trouble.”

The Lady Raiders and their response would live up to the name in every regard. From forcing turnovers on defense, to taking away passing lanes, to transitioning all the momentum to the offense. They did it all.

As for the offense, how about 14 three-pointers?

Although the weather forecast outside called for snow, Hornell provided a torrential downpour inside the gym against the Lady Lions, letting their three-point game run loose with Lillian Hoyt leading the way with a new Barkley Showcase record, netting eight of them to finish with a game-high 24 points to earn Player of the Game honors in the team’s dominant 82-58 triumph in game one of seven in the 2023 edition of the Showcase.

“It was a huge win. I feel really good about this special night, with it being the Showcase for a special cause and with this being a game against Michelle (Alvord). We both go way back, and we talk quite a bit. I love coaching against her, but I hate coaching against her, because they’re always prepared every time we play,” Dyring said. “But tonight, Lily got us off to a great start, Jordyn (Dyring) knocked down a couple and Sel’s (Maldonado) getting lay-ups and hitting a three. It snowballed from there, and it opened up things for Maddie Moore, who has the best post footwork out of everyone in Livingston County. It allows her to run and operate, because you can’t send doubles when you’re shooting like that. Tonight was a really, really good night.”

Almost every single Lady Raider recorded at least 10 points in the team’s bounce back victory, which stemmed after a 9-0 start of Wellsville through the opening sequences of the contest, with Selena Maldonado making a break for the basket with a pair of runners sandwiched in between the first of eight Hoyt three-balls to get the ball rolling for the offense.

While the offense was finding its stroke on one end, the defense was just as superb, as they forced a bounty of turnovers while applying immense pressure against the Lady Lions (6-7) to keep them off-balanced for much of the game. The second quarter saw even bigger things for the team in blue and red, as their three-point game began to blossom to life, hitting six in all, three more off the hand of Hoyt to help complete a dominant first half.

“The number one key was to limit their possessions, and not give up live-ball turnovers to them,” said Lady Lions coach Michelle Alvord. “Their first two baskets were off turnovers, and then a three by Hoyt which was uncontested. That was another big key. But despite tonight, we did some good things. But even though any time you give up 82 in a game, especially to a team like Hornell, that makes it really tough to come back from.”

The Lady Lions did see a bright spot come in the second half — Averee Palmatier. The sophomore found her rhythm against the Hornell (6-4) defense all through the third quarter, compiling 14 of the team’s 19 points from within the frame to create a spark. But like it has happened all game long, the Lady Raiders would quickly blow it back out with their three-point game picking back up where it left off in the first half, as they used it to insurmountably extend their lead to secure the win.

“Once you get over that first line of defense for Hornell, you can score some easy buckets,” Alvord said. “But you have to do that without coughing the ball up. We just weren’t able to get any stops when we needed to before the hole got deeper for us. Averee did do a nice job in the second half, and the kids continue to keep improving. They came out and they fought really hard, and I felt like we handled things much better in that quarter.”

For Dyring, the game helped provide some answers for a question that his team still hasn’t answered 10 games into the season — who are they?

“I think this springboards us into a direction where we are now starting to figure out who we are as a team now,” he said. “Some of the substitution patterns we had, we’re thinking maybe this is right, but we’re not really sold on going 100 percent in. Making sure everyone is in certain spots, going from pressing to not pressing, to pressing again. We’re starting to find our way even though we have a ton of work to do. The core of this team is mostly freshmen, so at some point there will be a downslide, but all we can ask and look for is consistency.”

As for that consistency, six different Lady Raiders bucketed at least 10 points to propel the offense to exceptional heights, with Hoyt’s 24 points from downtown leading the way. Behind the sharpshooter, Jordyn Dyring would follow with her 12 points. Payton Bentley, Selena Maldonado, Reagan Evingham and Maddie Moore all followed behind with 11 points each.

On the other side, Wellsville was paced by a career night from Emily Robbins, as the senior sank four of the team’s five three-pointers on her way to a season-best 20 points, pairing them with five rebounds and four assists. Palmatier followed with 16 points in total, while Makenna Dunbar pitched in with 13 points and five additional boards off the glass.

In what is sure to be a wide open field of competition come February in the Class B2 bracket, the win over a longtime rival and perennial is something Dyring hopes will give the team a much needed push through an incredibly difficult gauntlet that features teams like Aquinas, Waterloo, two games against Dansville, and one more battle with Bath-Haverling, Livonia and Wellsville each, in the back half of 10 games on the slate.

“Hopefully this will give us that big boost we’ve been looking for, because we have a gauntlet on the other side of this. We have to turn around and host Aquinas on Monday. Way-Co, Dansville at Dansville and we play Wellsville again in a couple of weeks. I told the girls this season that I didn’t expect a 16-4 record. If we’re 10-10, 11-9, 12-8 going into Sectionals, we’re feeling pretty good about our chances to make a run. Class B2 is wide open this year, and on any given night, we can shoot it a bit when we feel it.”

Listed below are the next contests all four Wellsville and Hornell teams will have coming up on their slate, after the weekend: 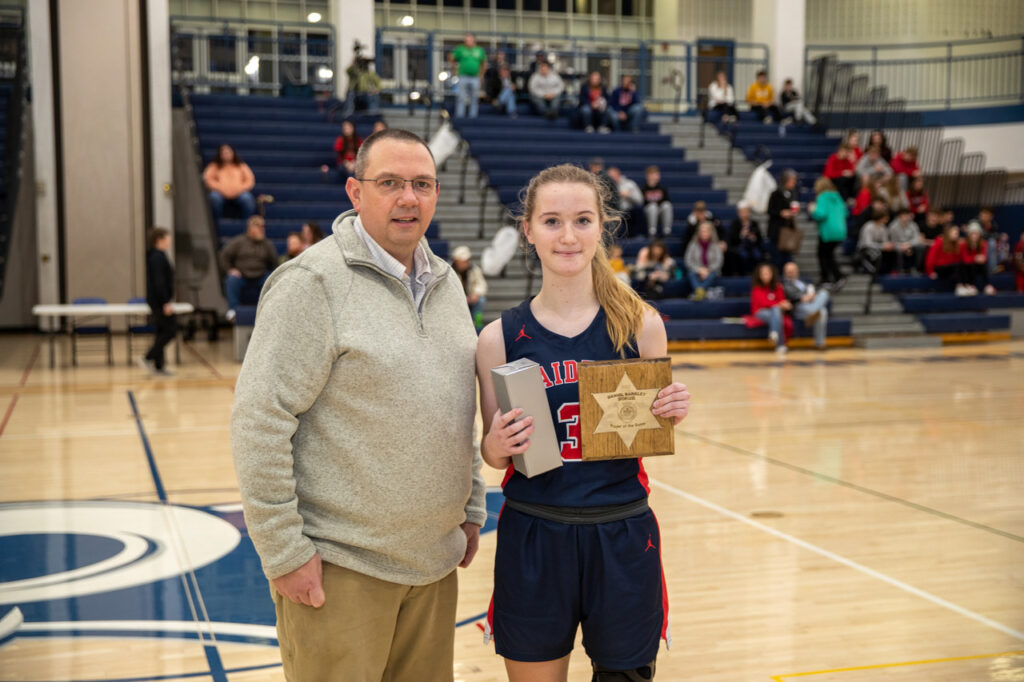 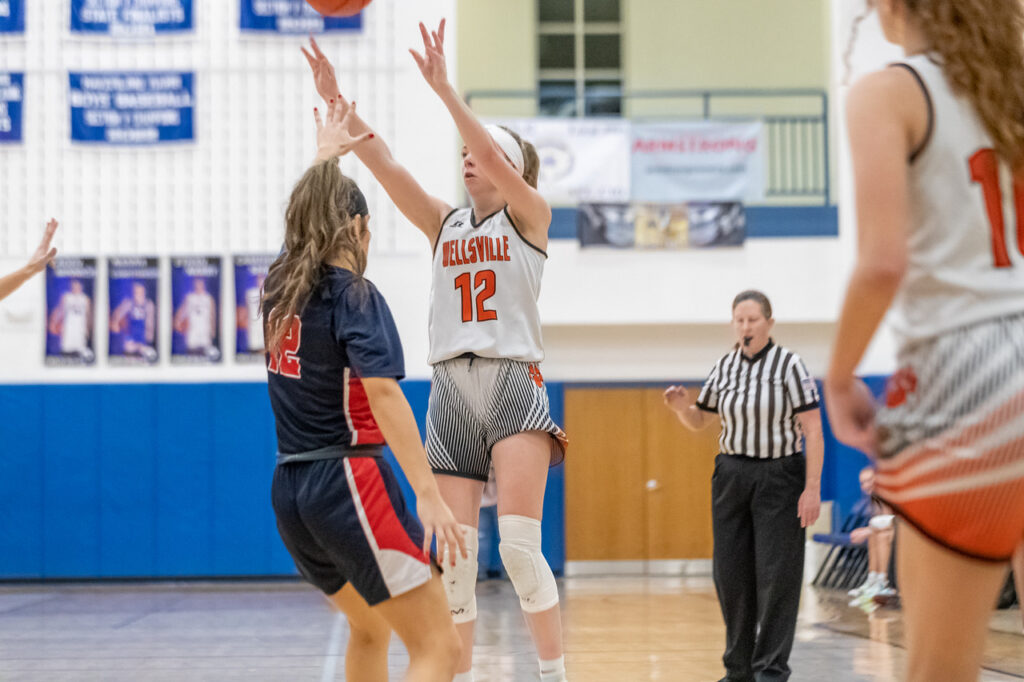 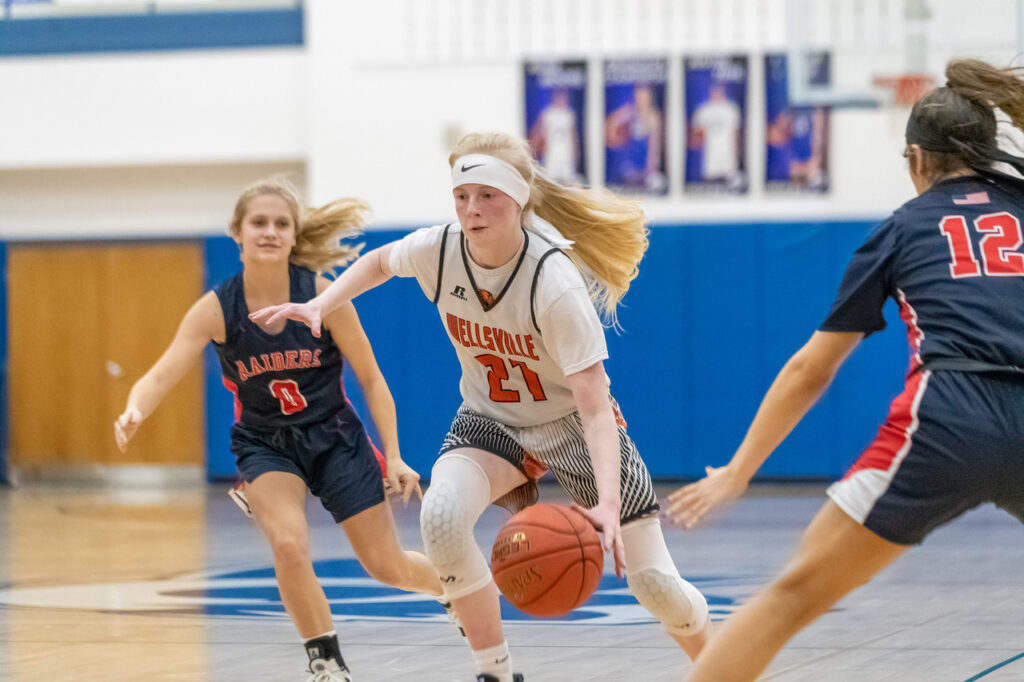 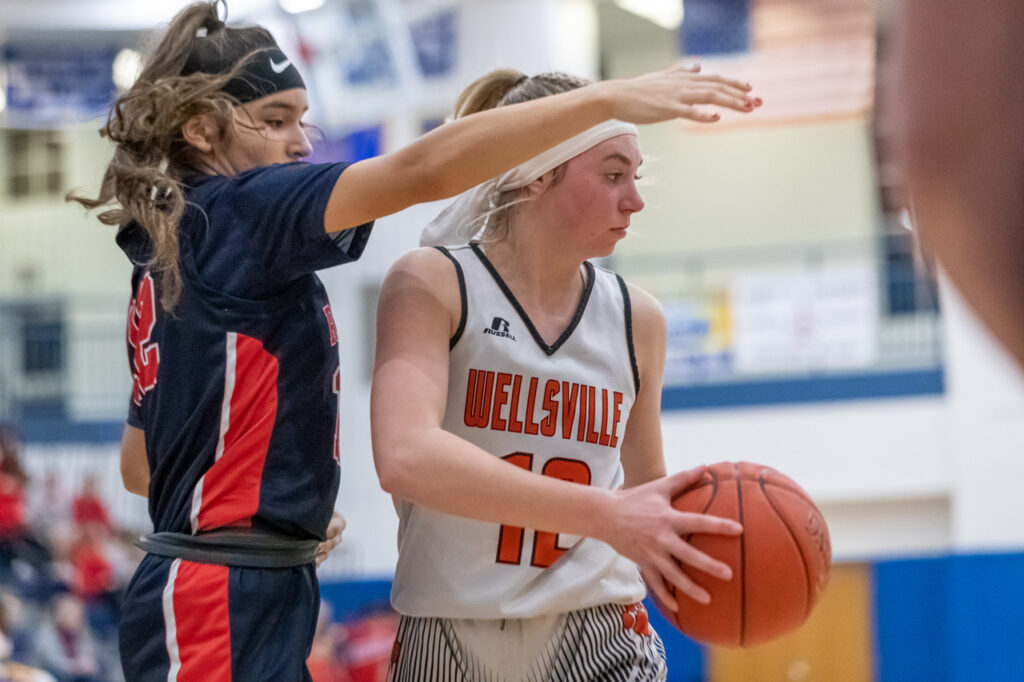 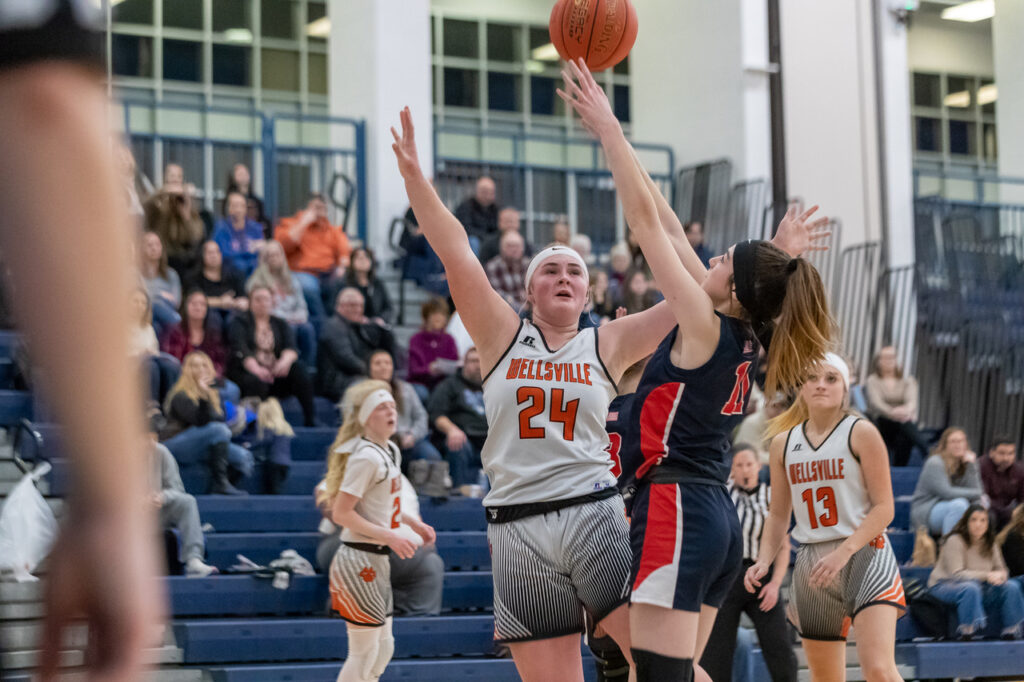 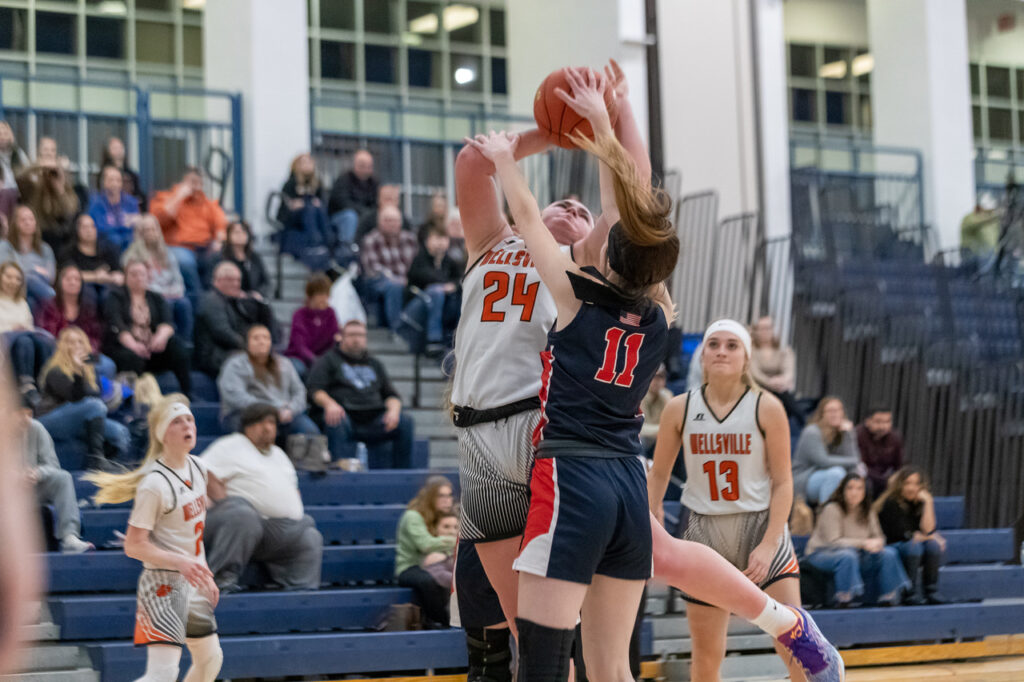 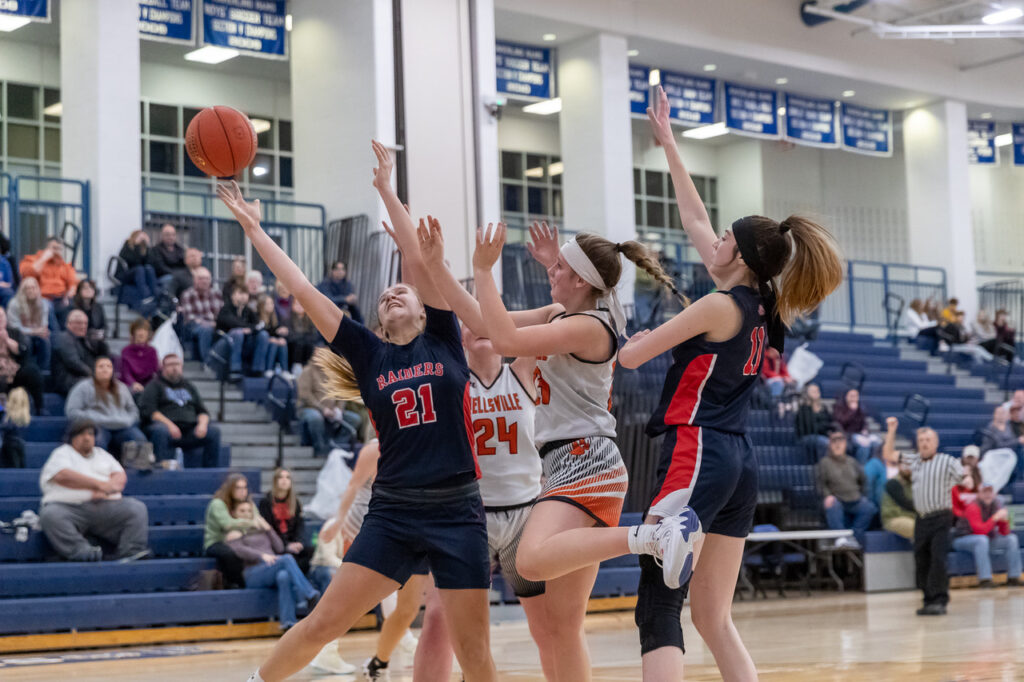 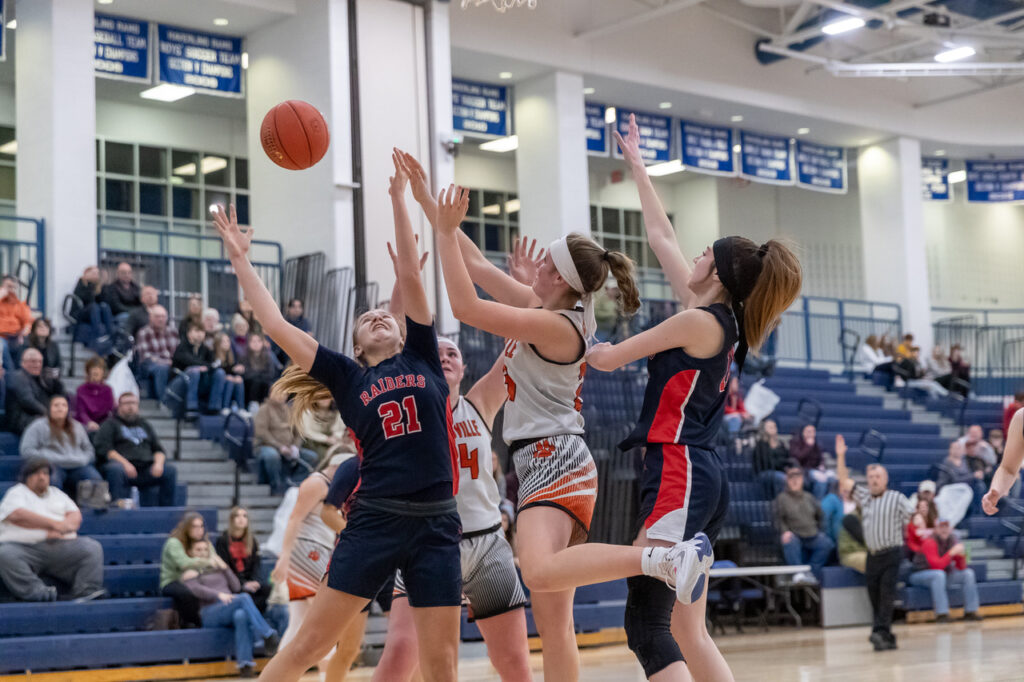 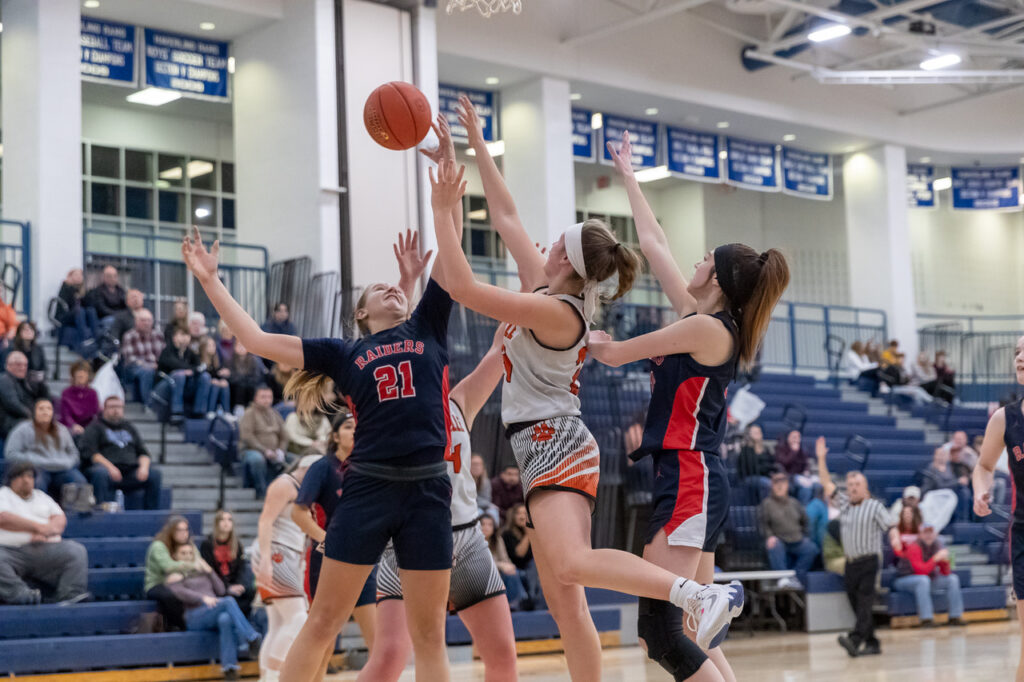 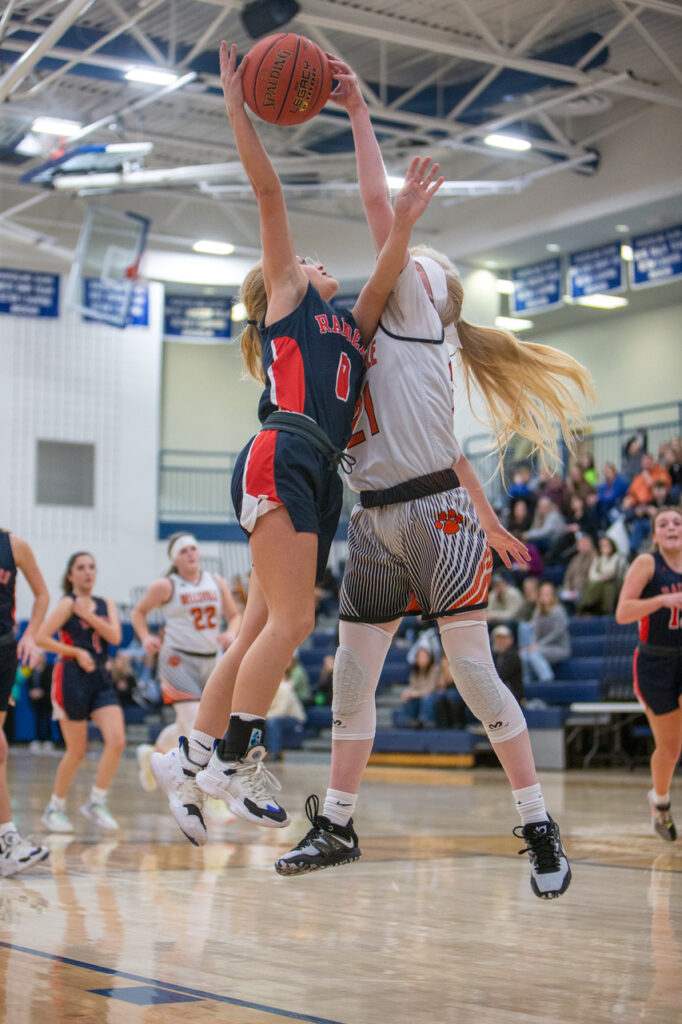 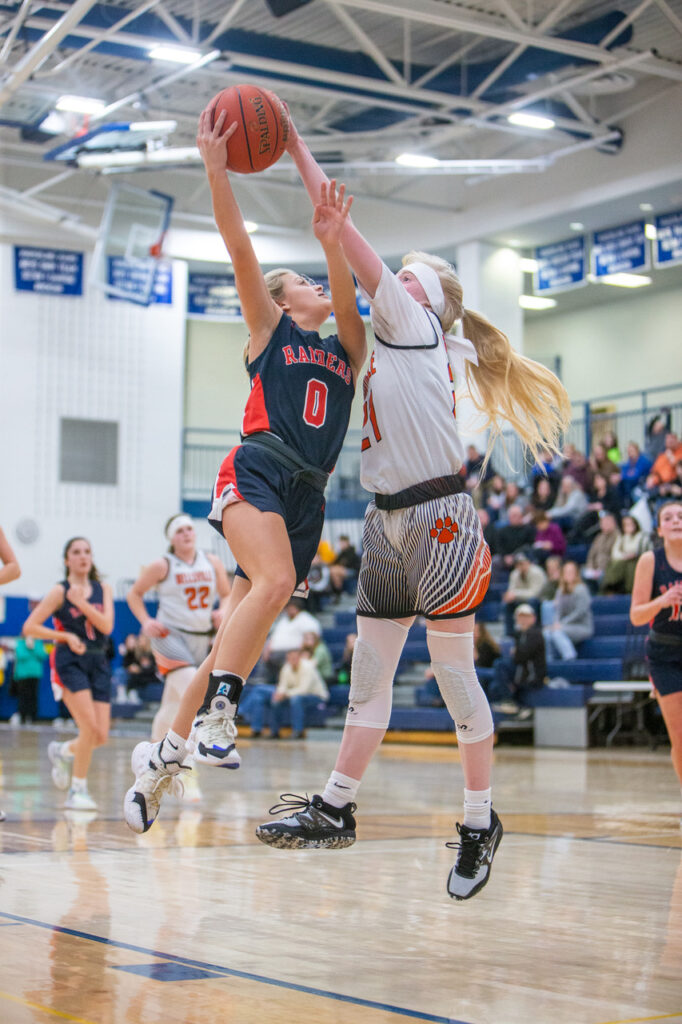 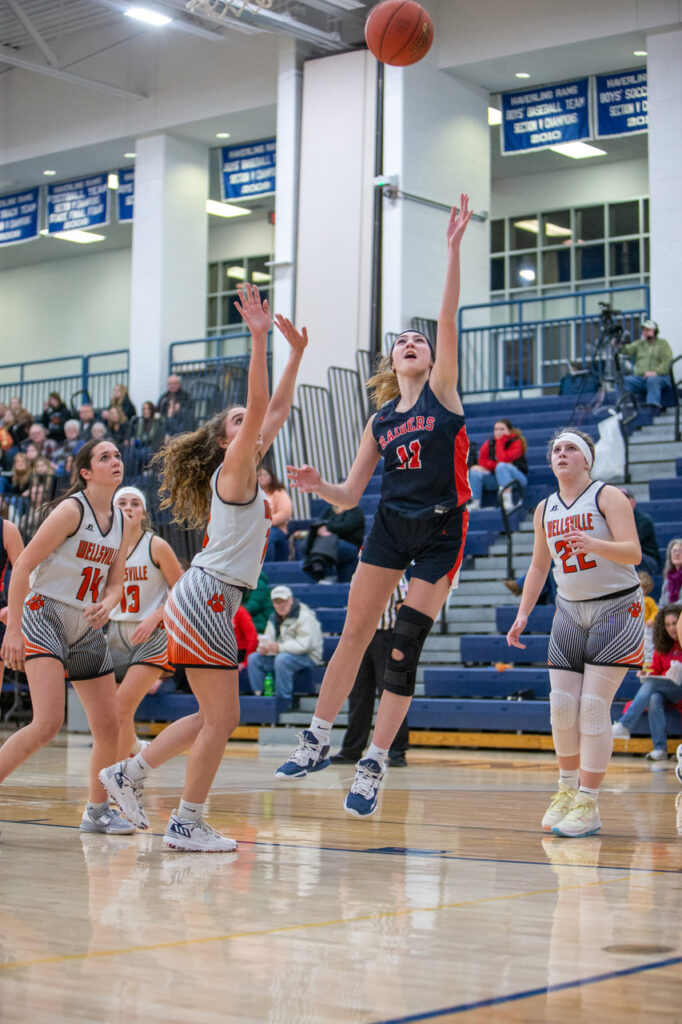 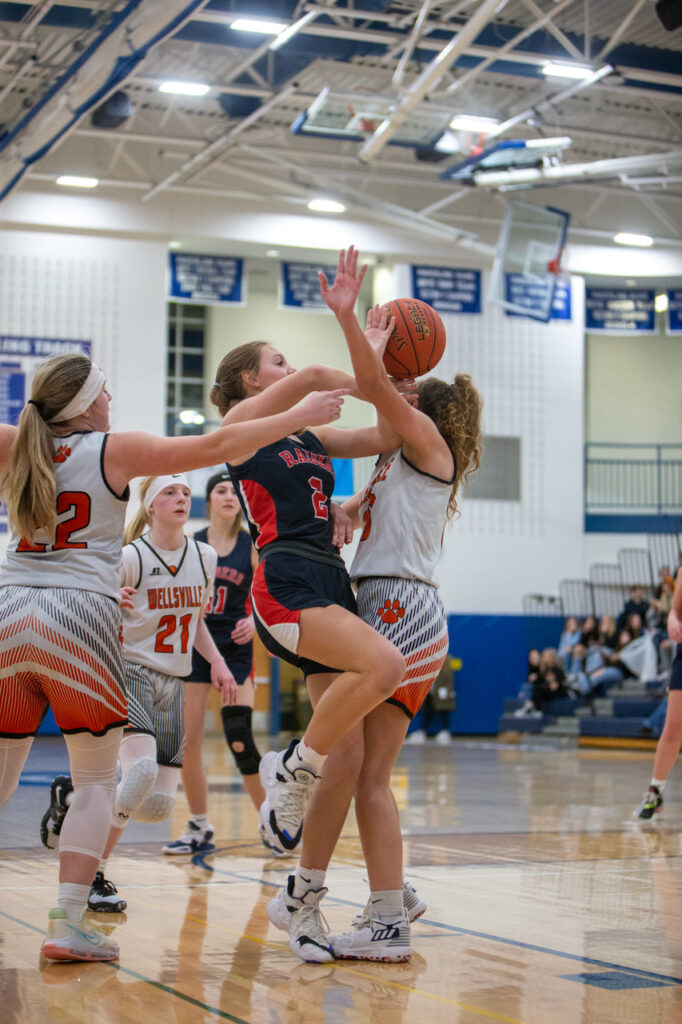 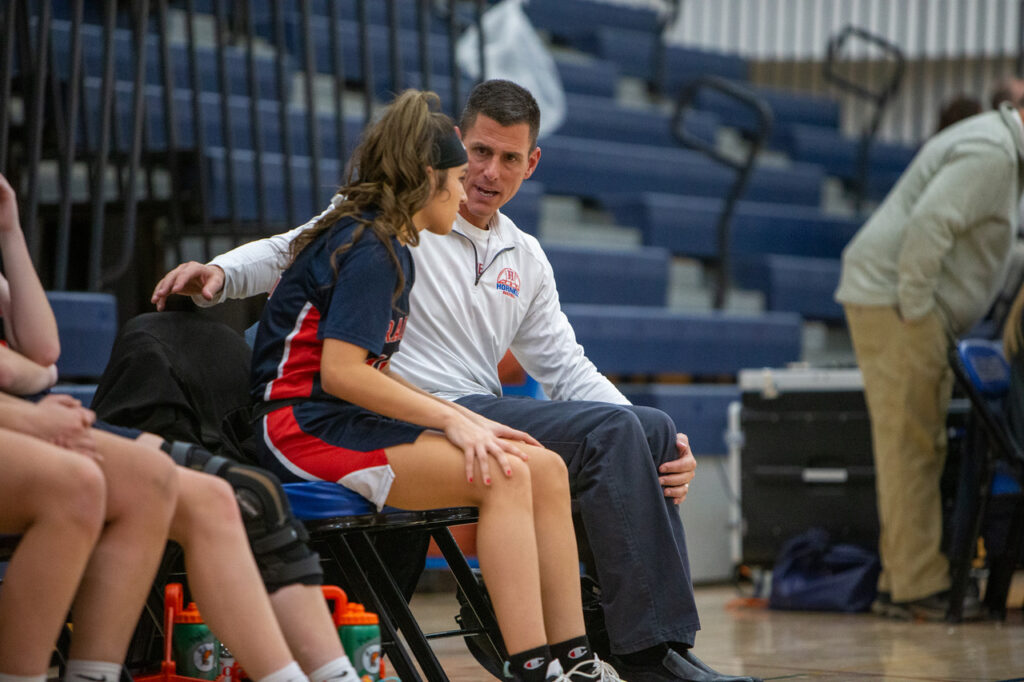 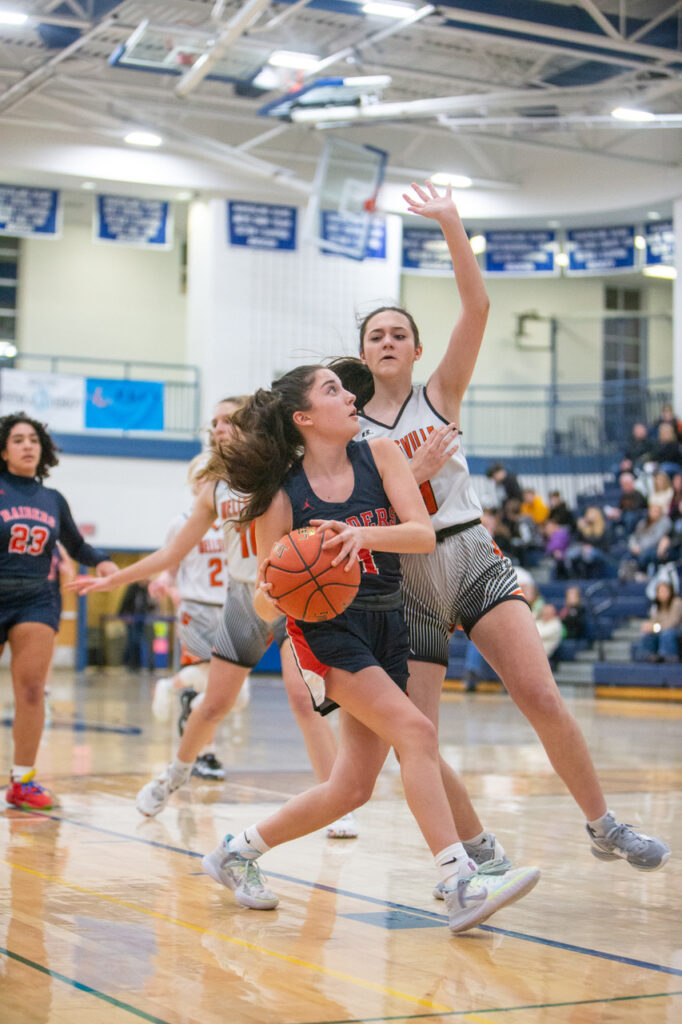 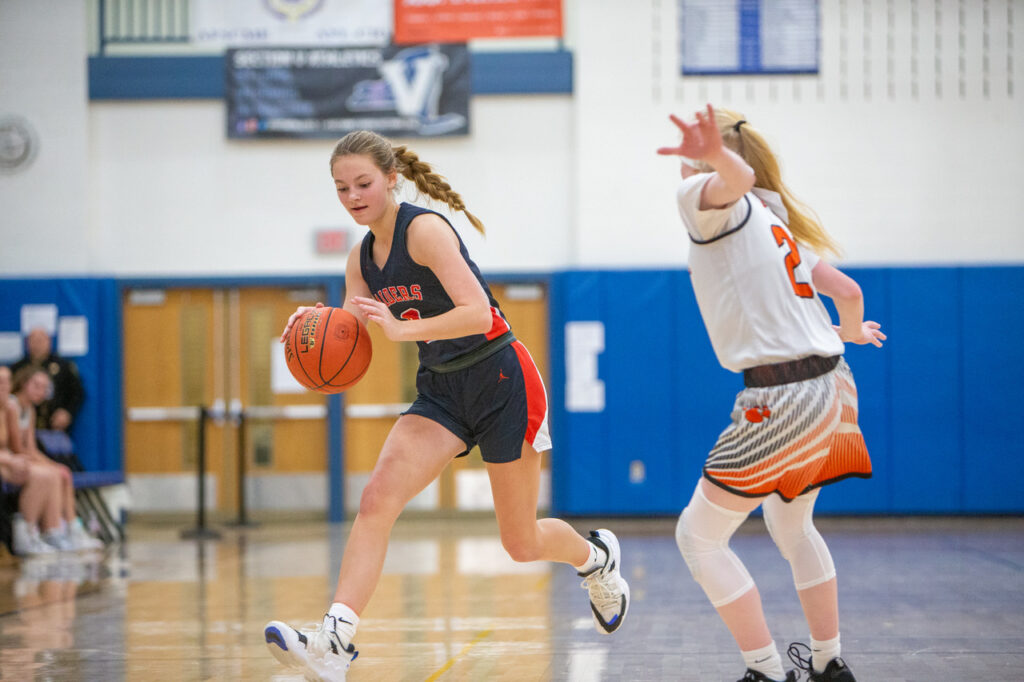 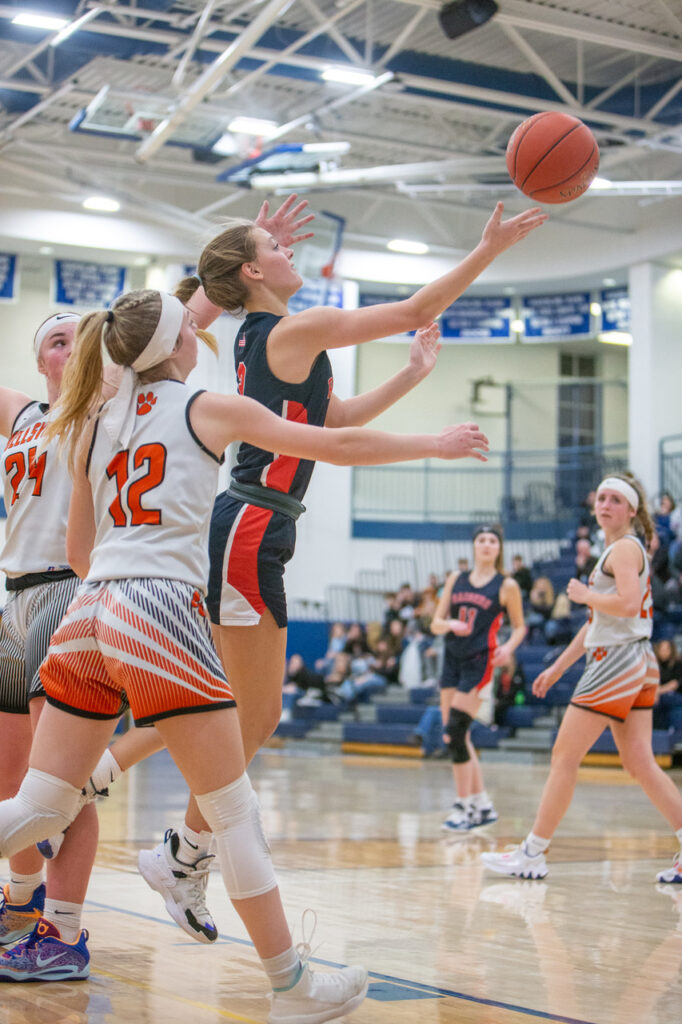 Another rivalry classic as Hornell boys down Wellsville in Barkley Showcase

The Barkley showcase features state champions, scholarships and supporting a hero amongst us, Deputy Kevin Shay