The LCAA Division 1 matchup between the #1 Hornell Red Raiders and the #3 Dansville Mustangs didn’t disappoint Friday night in the Maple City.  Whether you were in the stands or watching via Peish Sports, you could feel the intensity and excitement of the game from tipoff.  After the opening minutes, the Red Raiders held the lead, but there was never more than an 8-point spread and the Mustangs were able to creep within a bucket many times throughout the game.

“The game was a tough physical, hard-fought Livingston County Division 1 battle,” said coach Kirk Scholes.  “I didn’t think it was a pretty game.  We struggled finishing around the rim, and we had too many turnovers.”  The Raiders led 15-9 at the end of the first quarter and finished the half with a 33-27 lead.

Both teams struggled with turnovers, Hornell with 19 and Dansville with 20.  The Raiders were able to capitalize, however, netting 21 points off Mustang turnovers.

“Sometimes you need to find a way to win when you don’t play your best!” said Scholes. “I thought the kids played extremely hard.  We know we have to clean some things up and do a better job of taking care of the ball.”  The Mustangs were able to cut Hornell’s lead to just three at the end of the third with the score 41-38.  The Raiders held on to win 54-49.

Gates Miller led the Raiders with 15 points in the game.

“I thought Gates really stepped up tonight,” commented Scholes. “He knocked down some big shots for us.  We need him to be aggressive looking for his shot but also need him to be a kid that can create off the dribble and make plays for others.  I’m hoping this game gets him going down the stretch of the season.”  Miller also grabbed 5 rebounds on the night.

Dansville’s Collin Gray led all scorers with 18 points while Tyler Harris chipped in an additional 13.  Ethan Canfield collected 13 rebounds on the night.

When asked about the atmosphere in the gym Friday night, coach Scholes said, “I want to thank the Seneca St. Zoo and the pep band.  I thought they were awesome.  We have a couple more home games, and I’m hoping we can really pack the gym.”

The Red Raiders are on the road Monday night to face the Class B2 Pal-Mac Red Raiders for the second time this season.  In their first matchup, Hornell fell to Pal-Mac 51-40 in the first game of the season.  Tune in to Peish Sports on YouTube for a livestream of the game Monday night at 7 p.m. 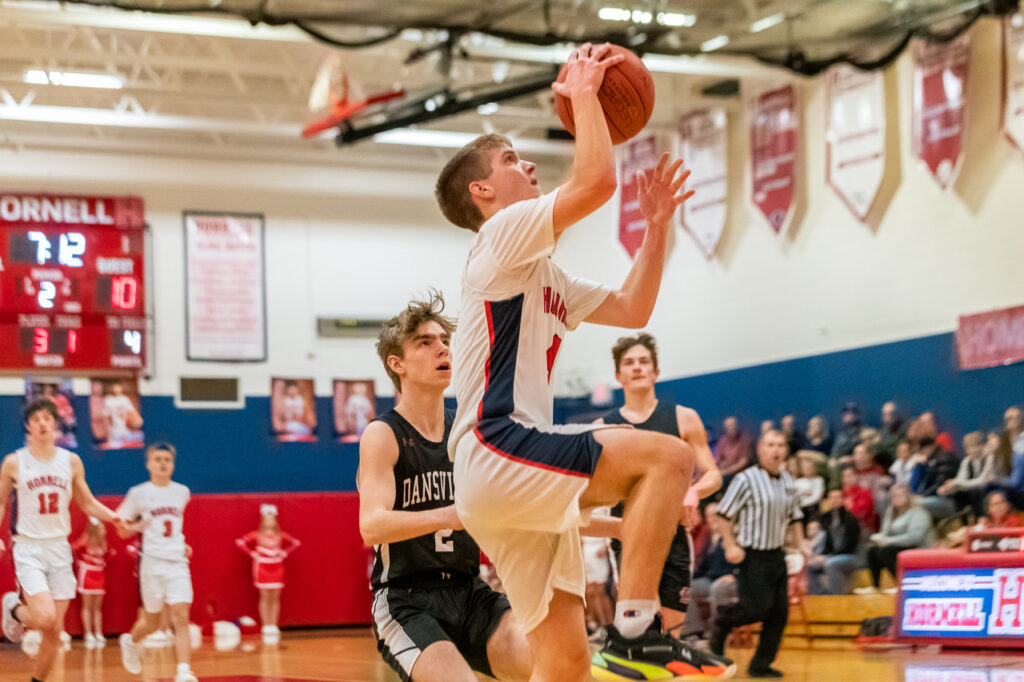 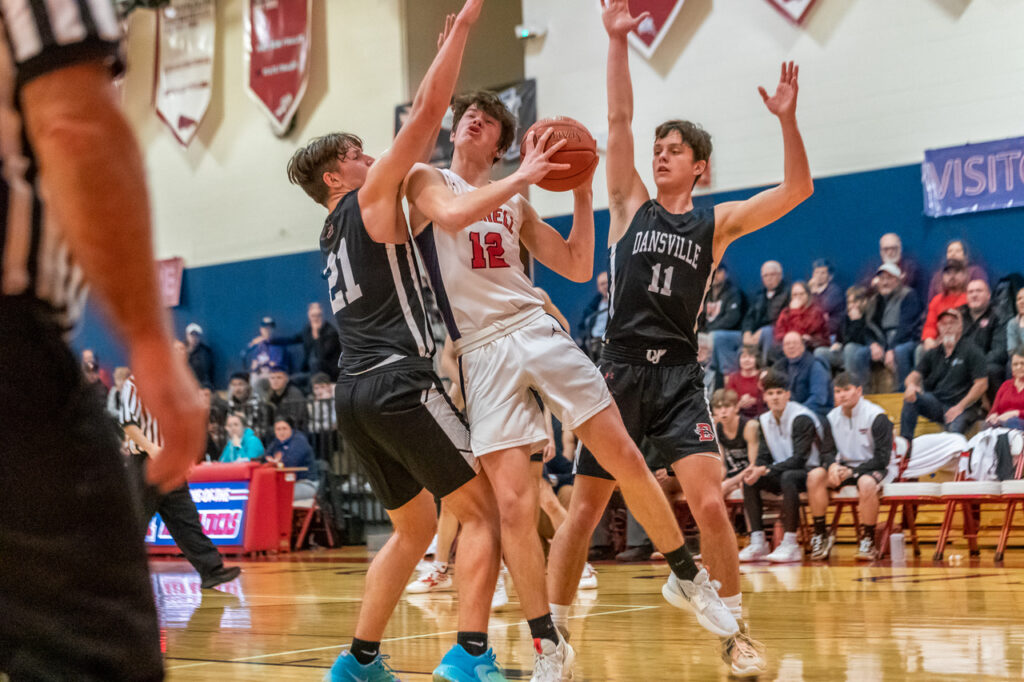 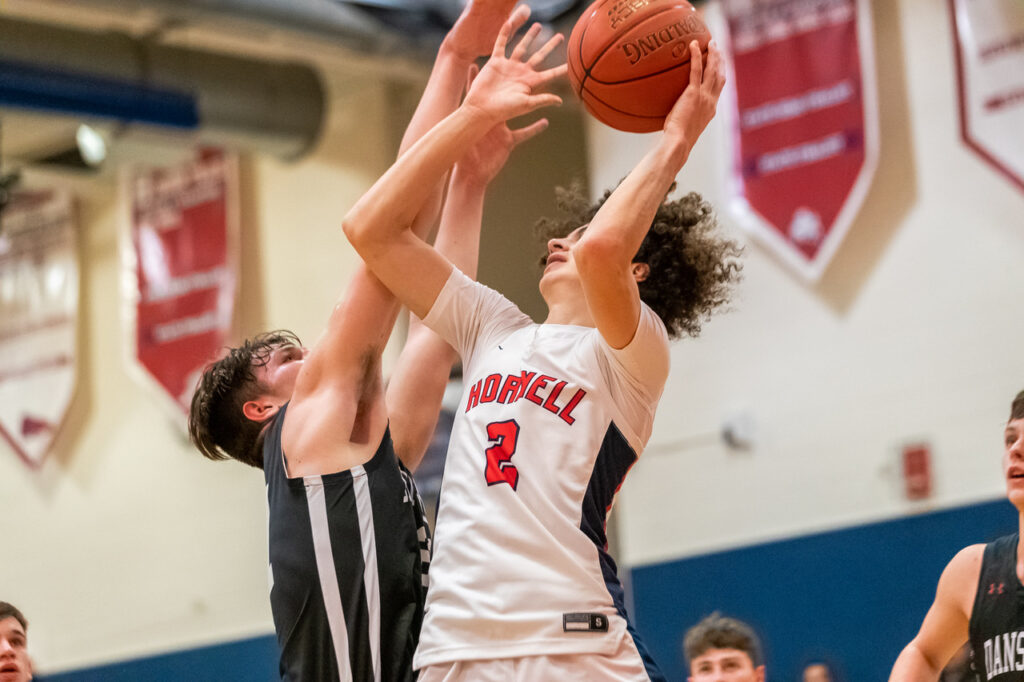 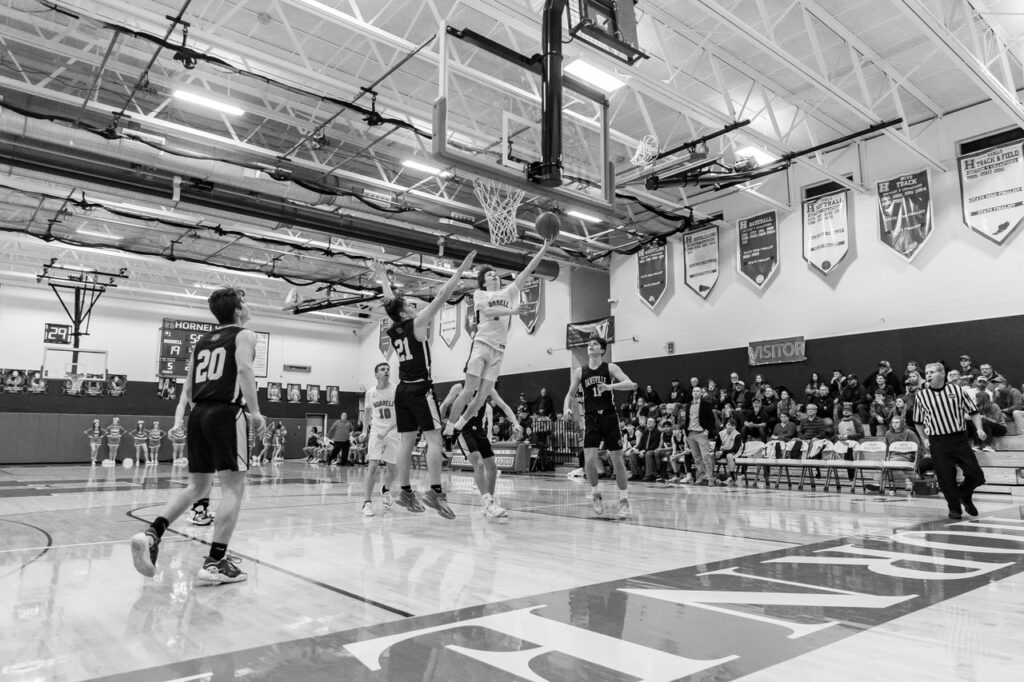 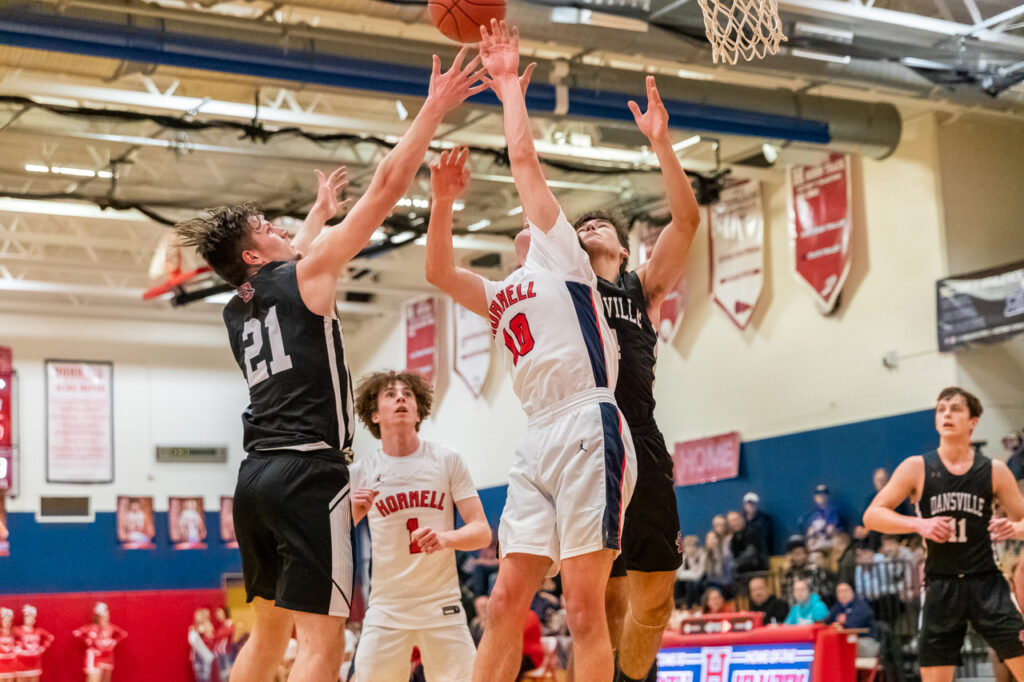 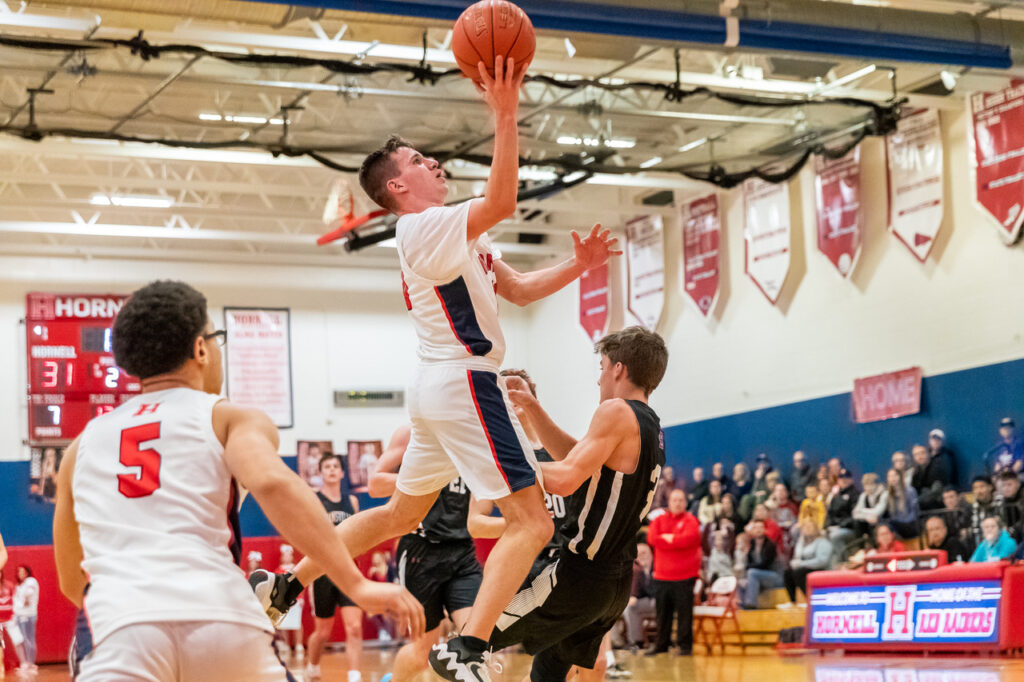 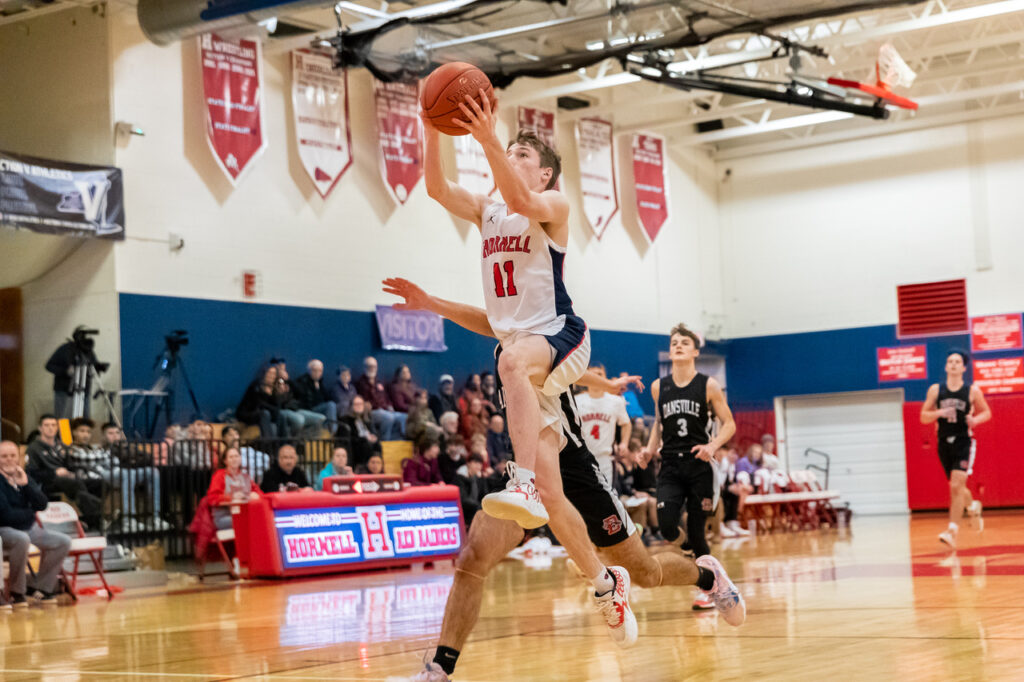 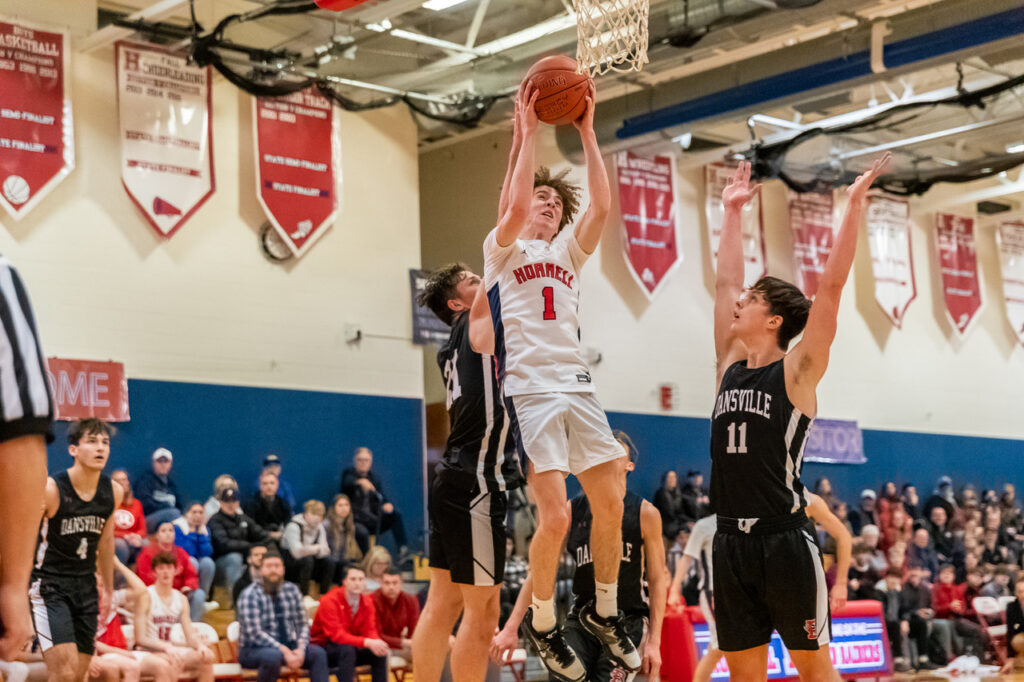 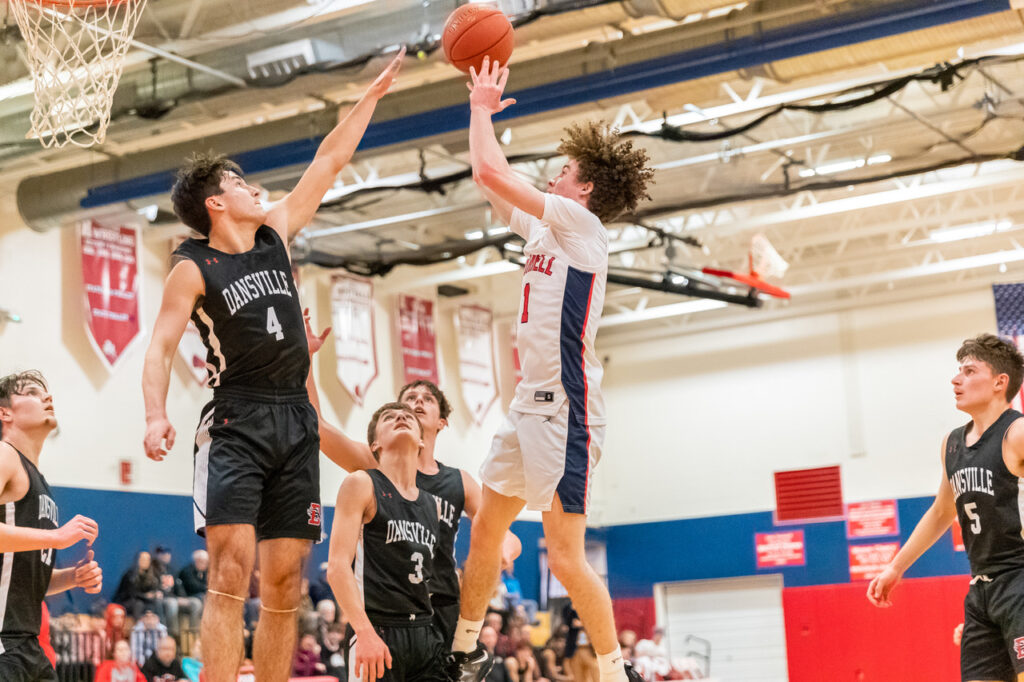 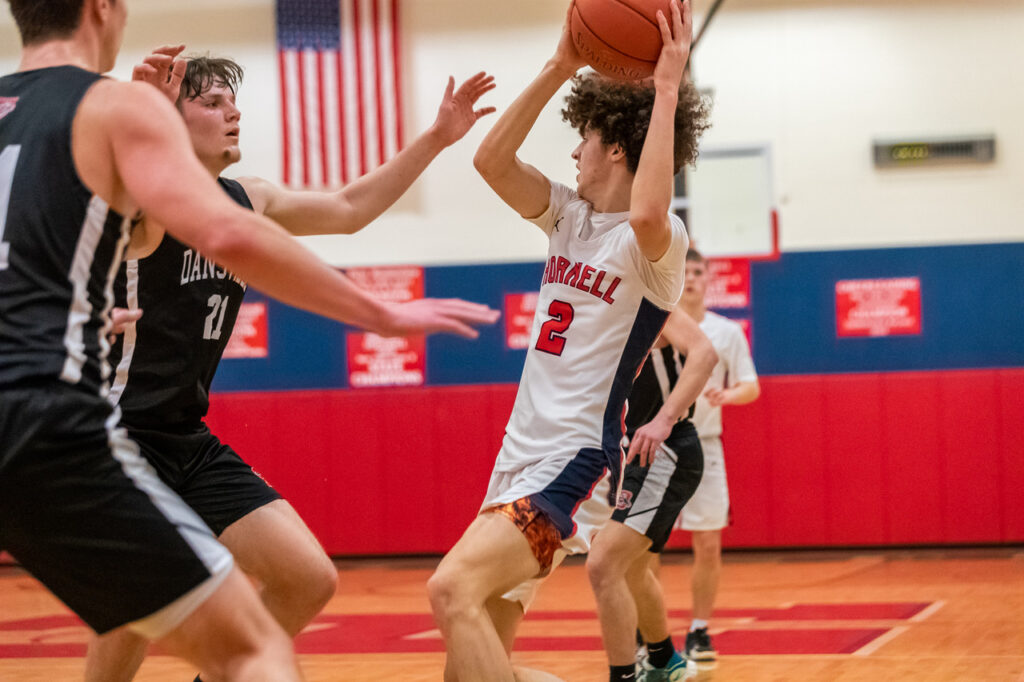 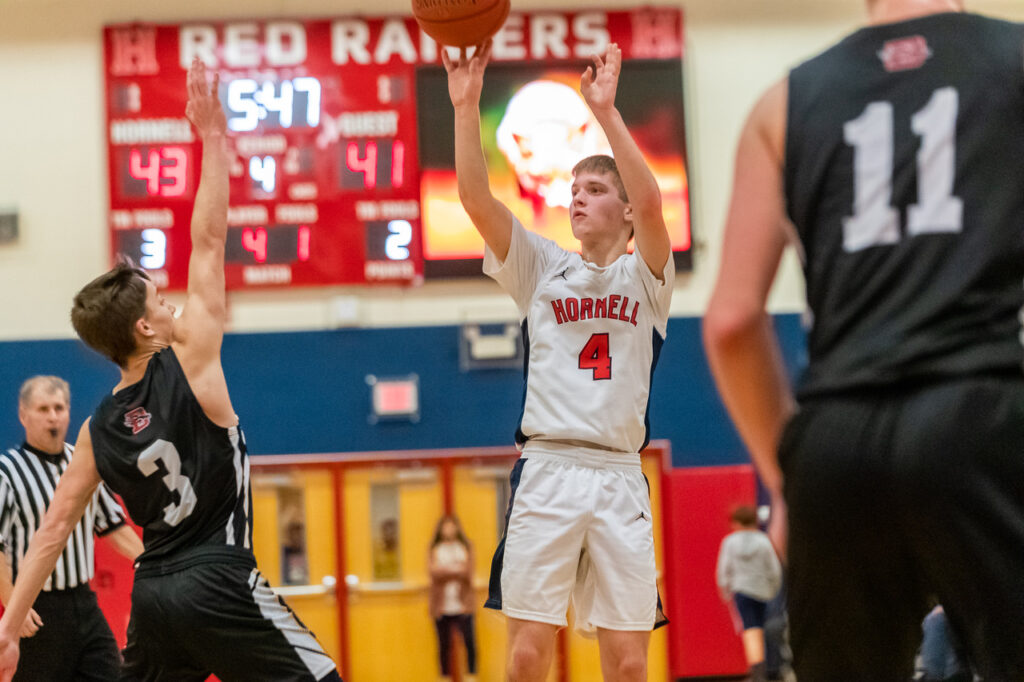 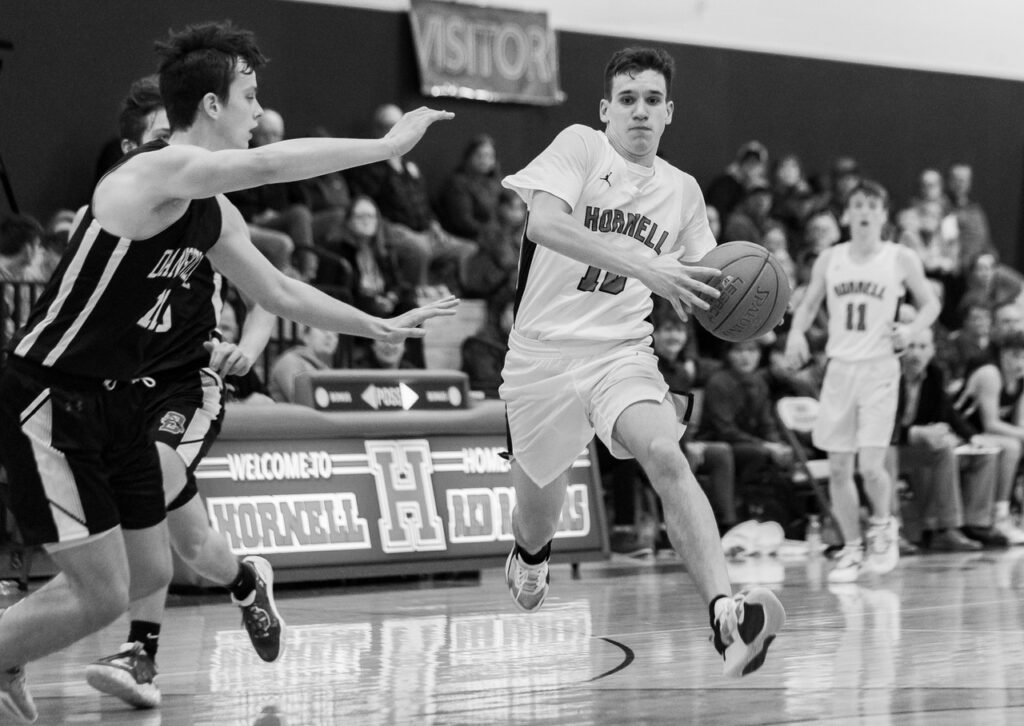 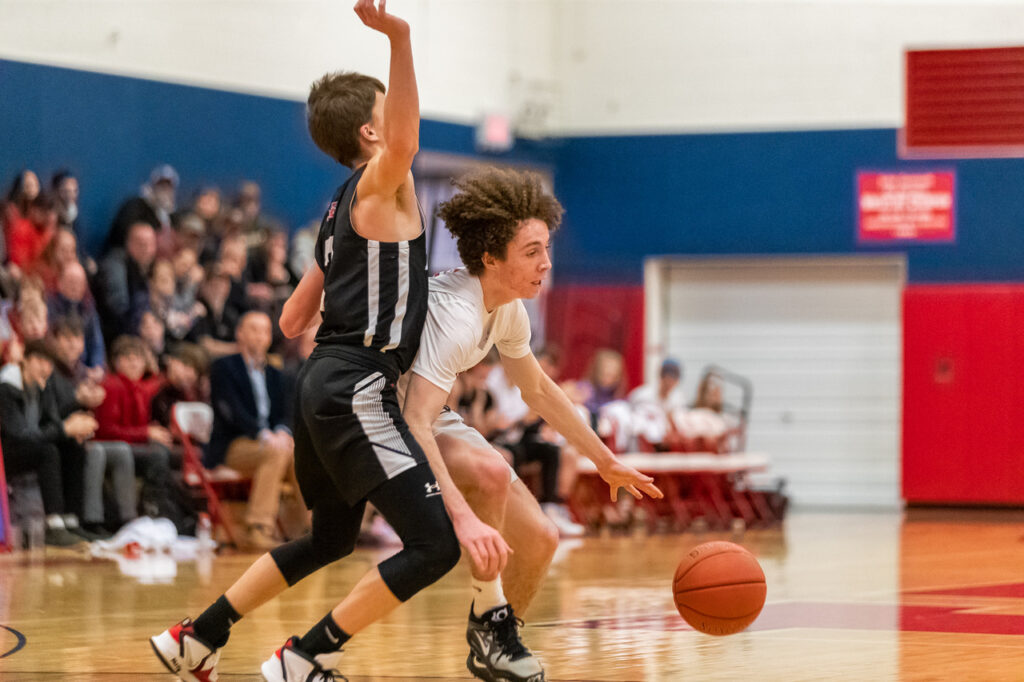 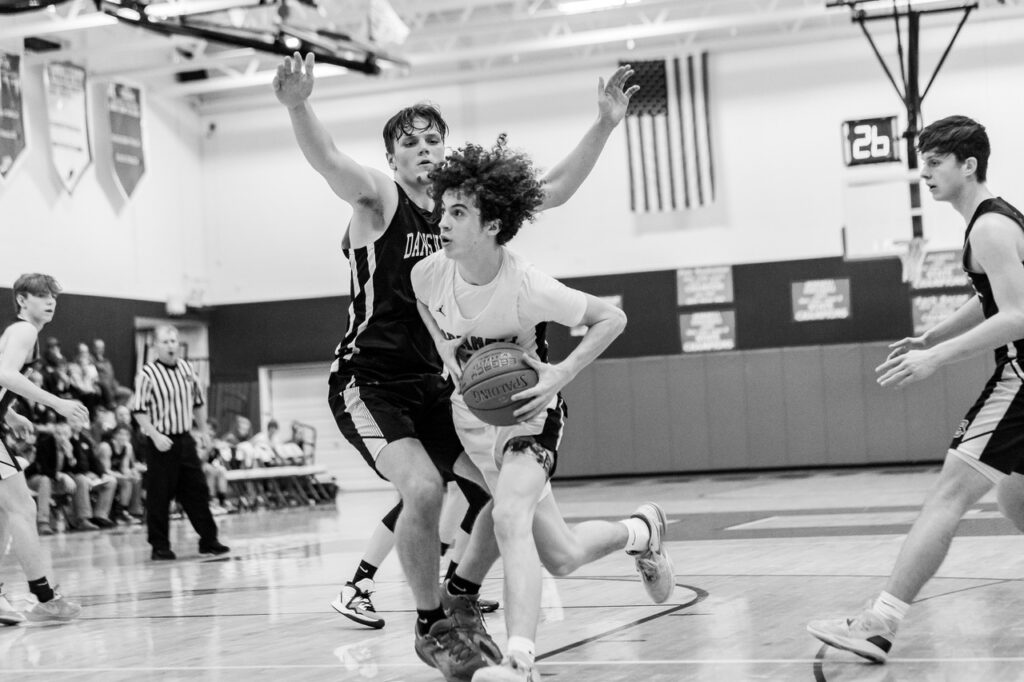 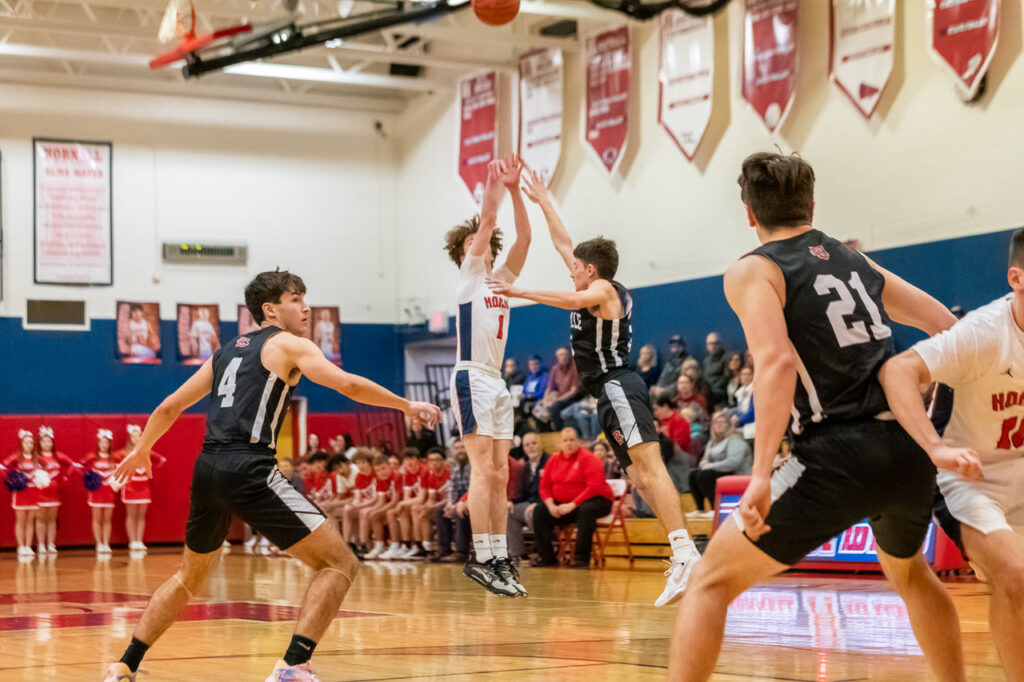 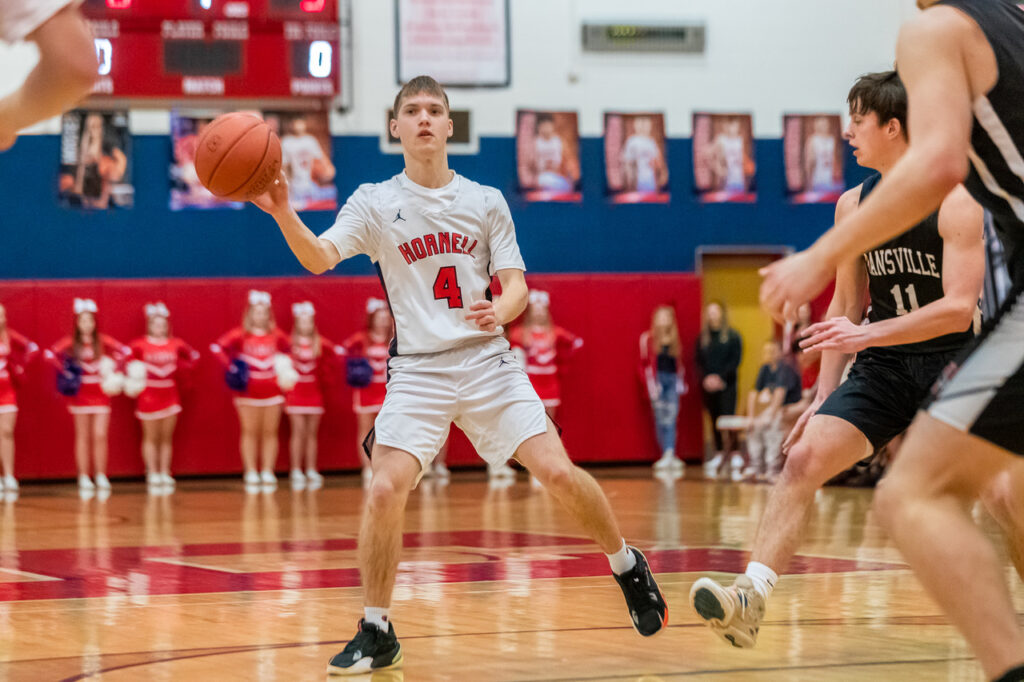