Story and photos by STEVE HARRISON

Brooke Burd started strong for Canisteo-Greenwood with two baskets and in the second and third quarter, C-G gave up just one point in each quarter.

The first-place Canisteo-Greenwood girls’ basketball team ended up with a 63-10 victory over Alfred-Almond Friday night. 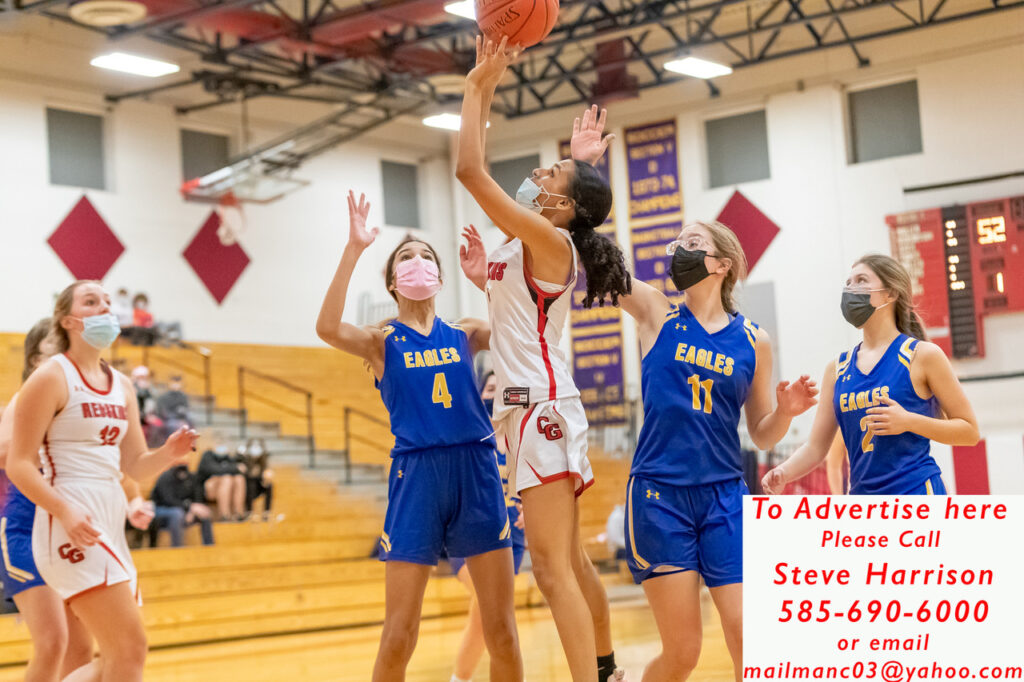 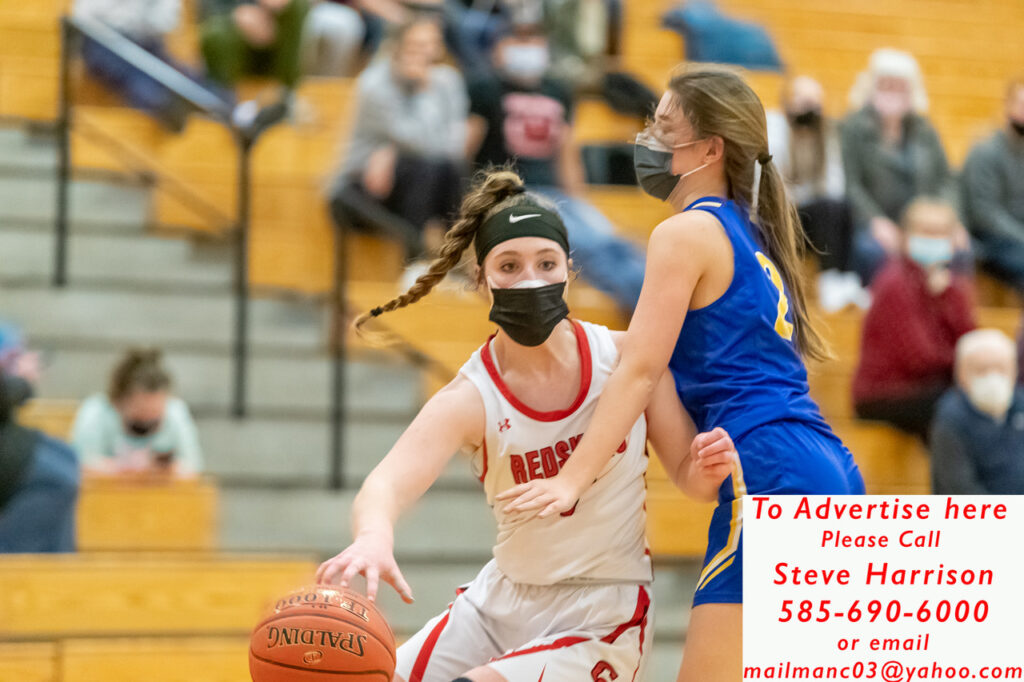 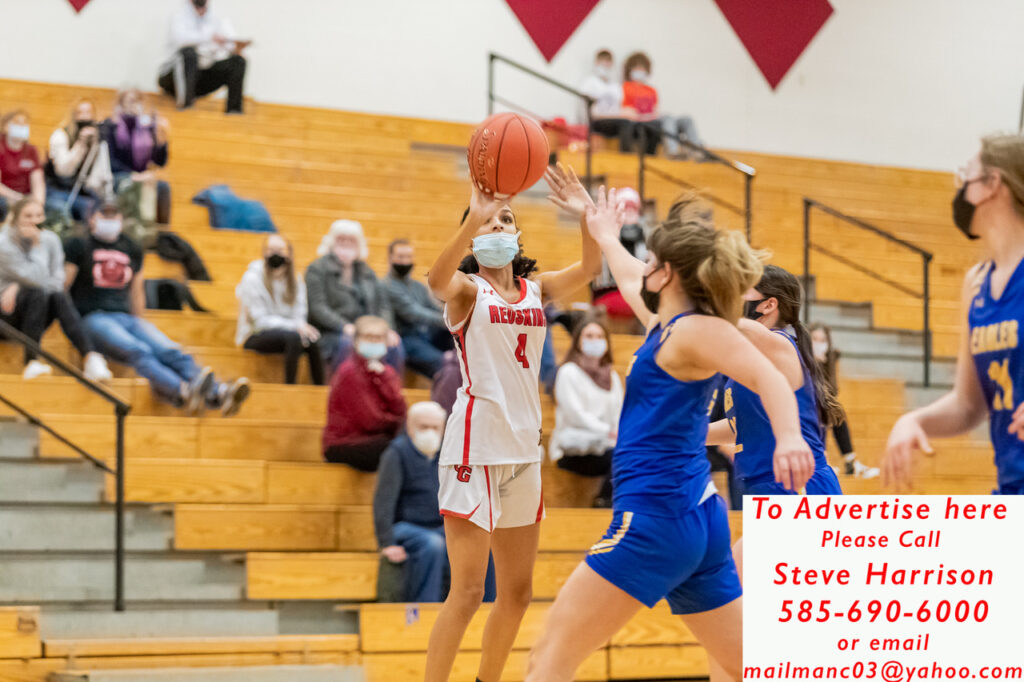 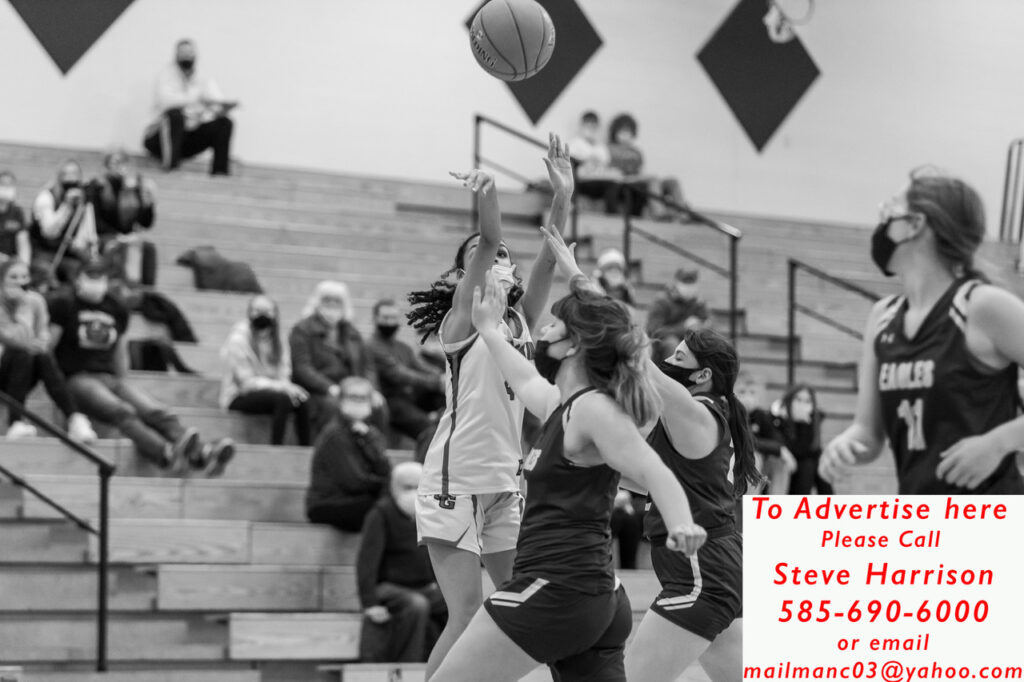 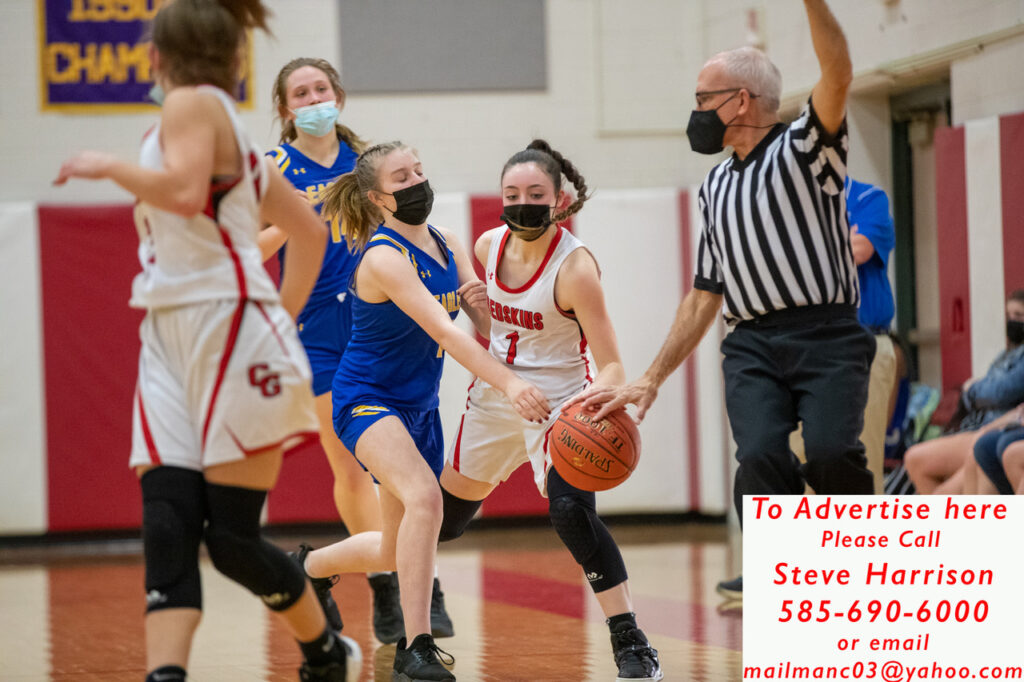 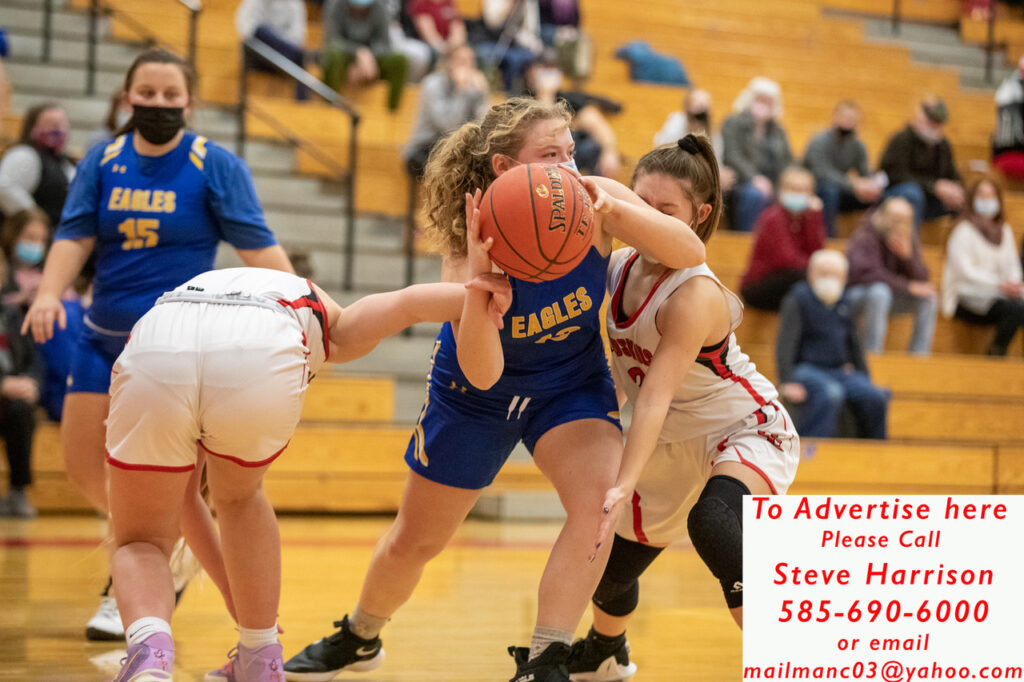 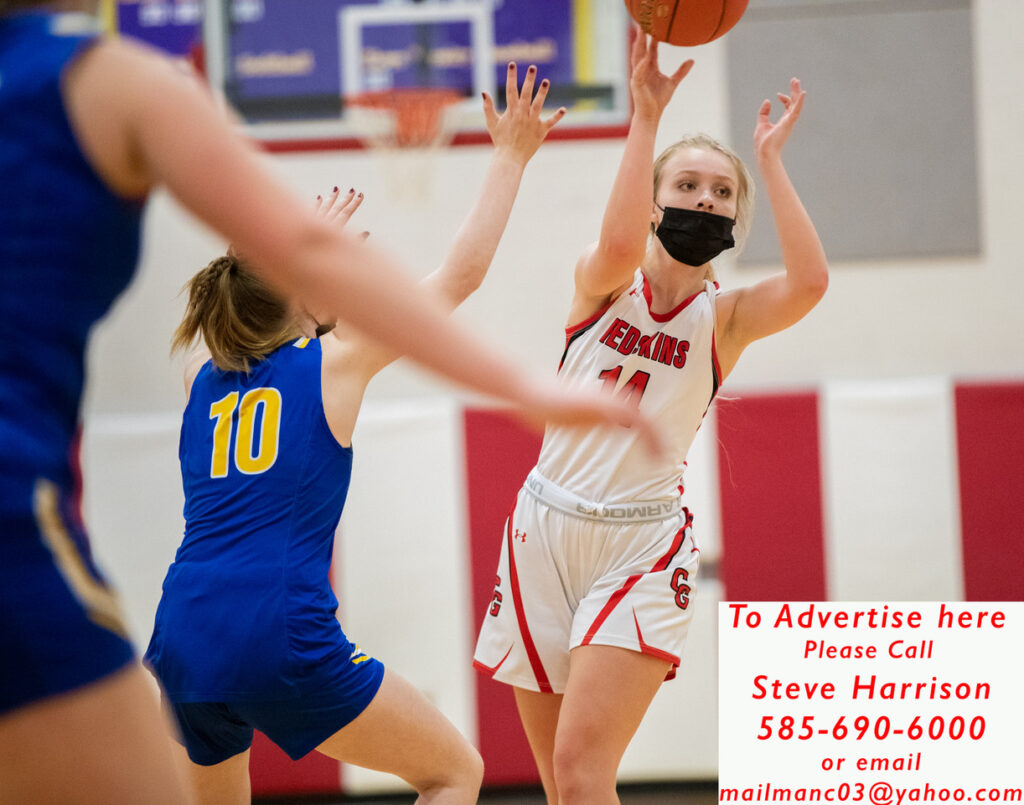 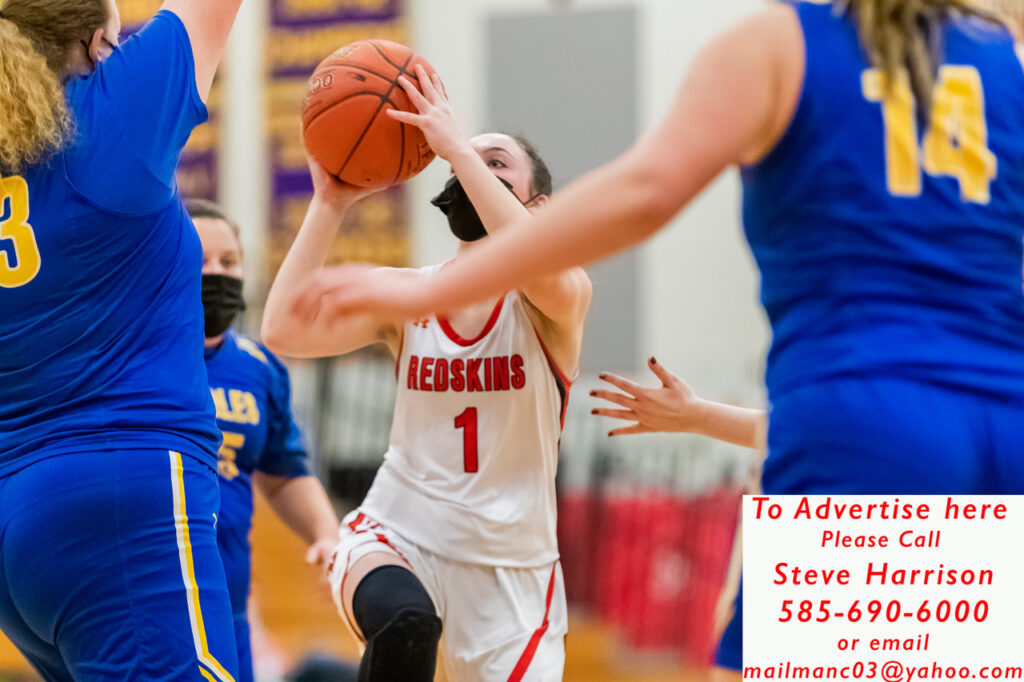 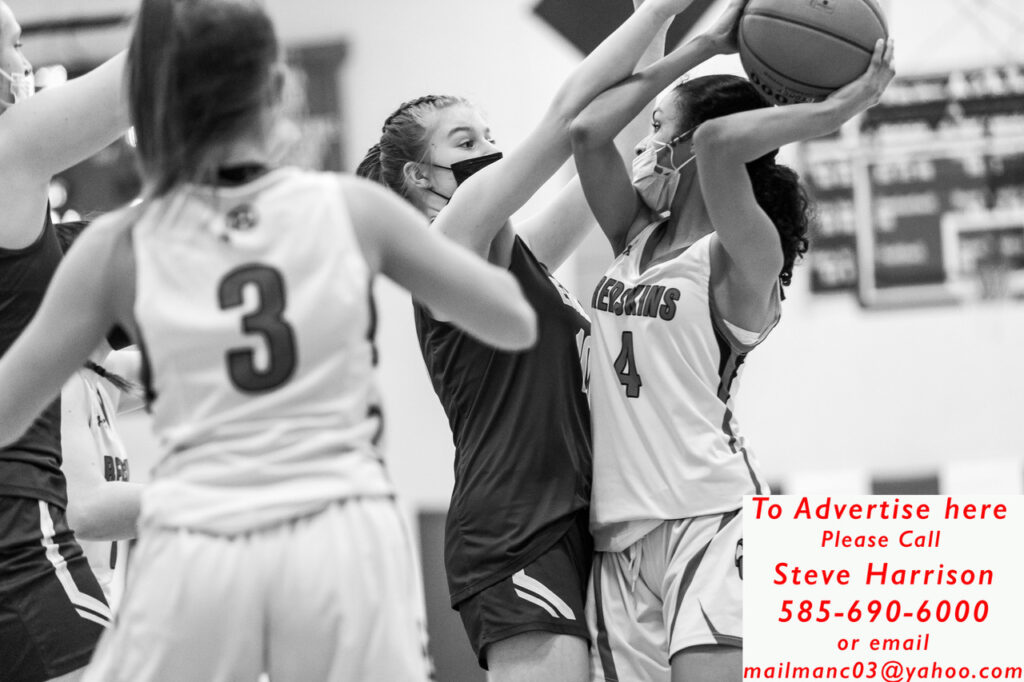 Quickly into the game, the C-G showed why they wanted to remain upbeat in Steuben County League play.  With a stingy defense that would hold the Lady Eagles to just two points in the first quarter.

Alfred-Almond fought with all they had the entire first half to find themselves down 25-3 at the half. However, this would be a defensive win for Canisteo-Greenwood. Many coaches preach ‘defense wins the games’ and this was surely a defensive win.

Burd finished with 12 points while Lillian Mullen had a game-high 27 points for Canisteo-Greenwood.

For Alfred-Almond, Angela Smith drained an NBA 3-pointer, while Isabel Badeau had three and Chloe Bracken and Ryann Donlon each scored two. 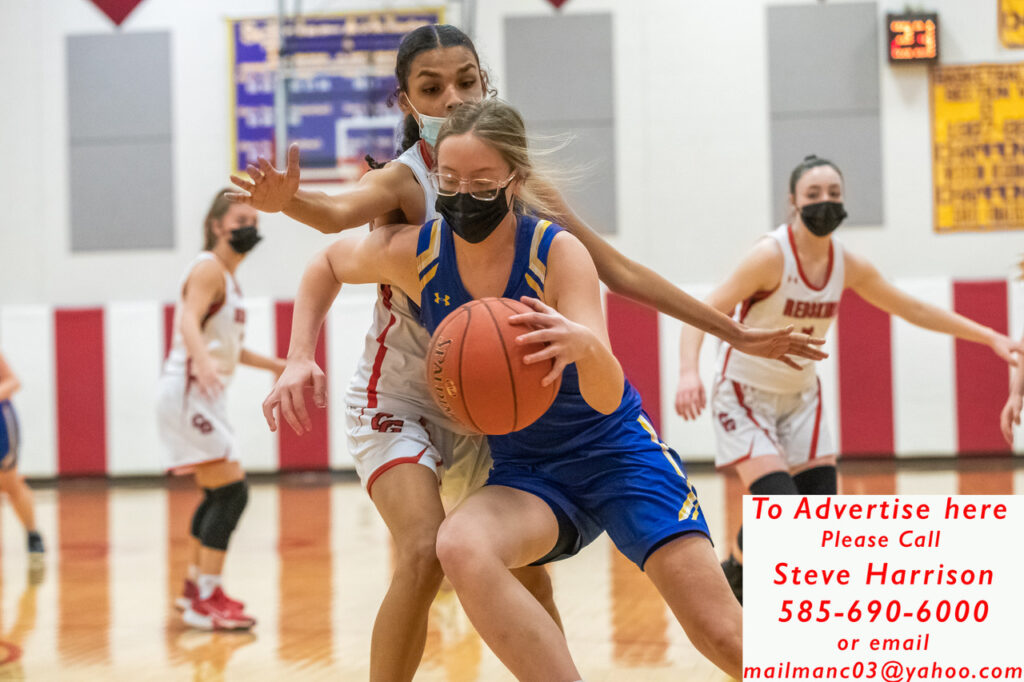 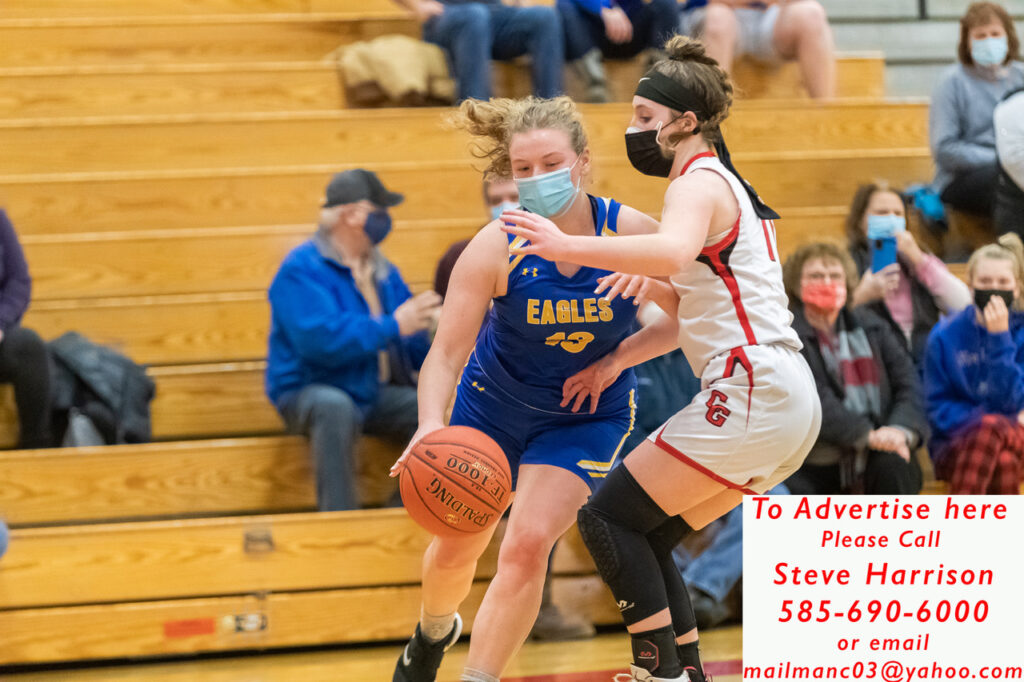 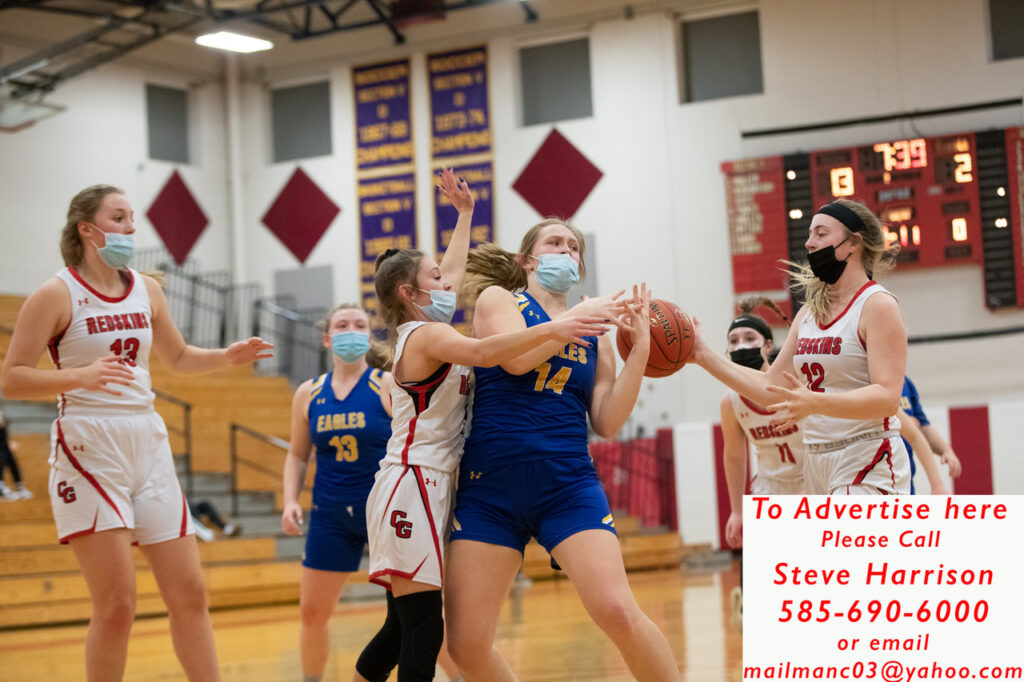 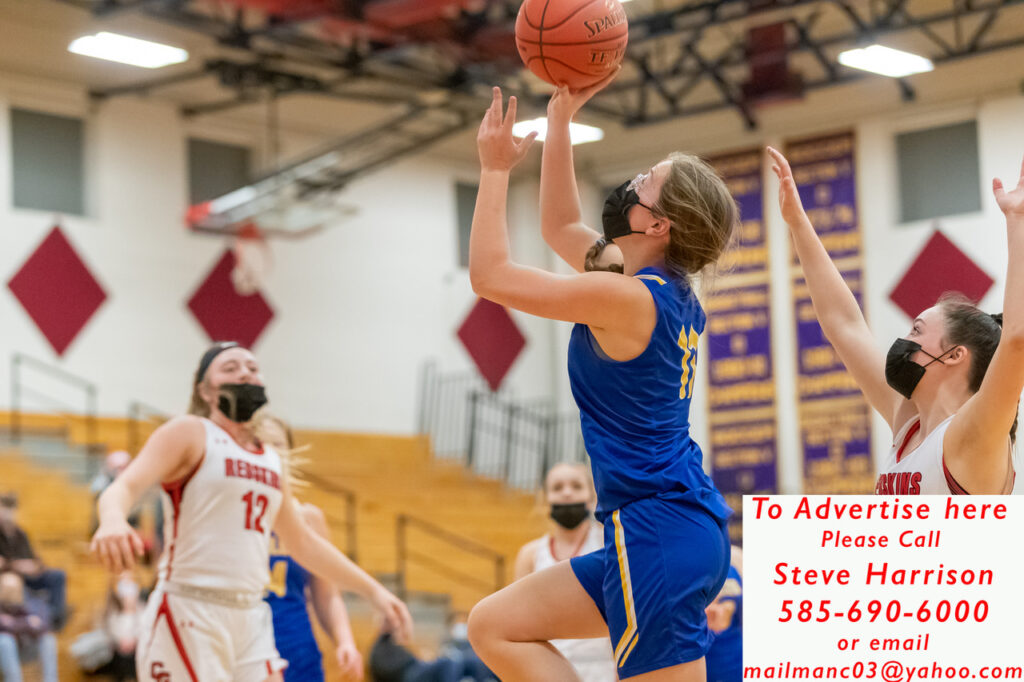 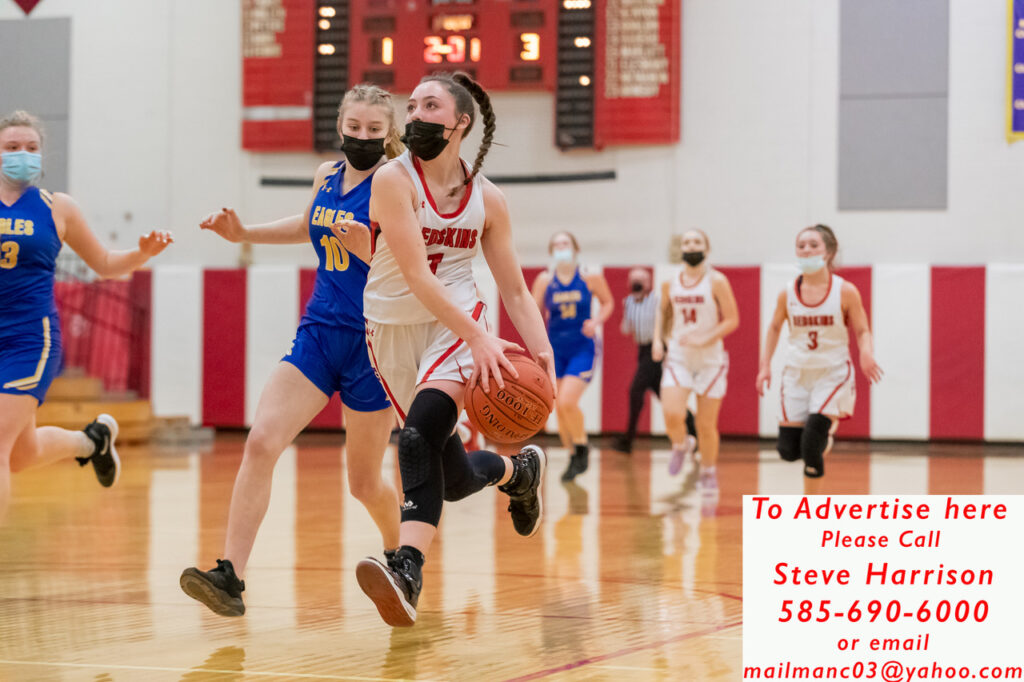 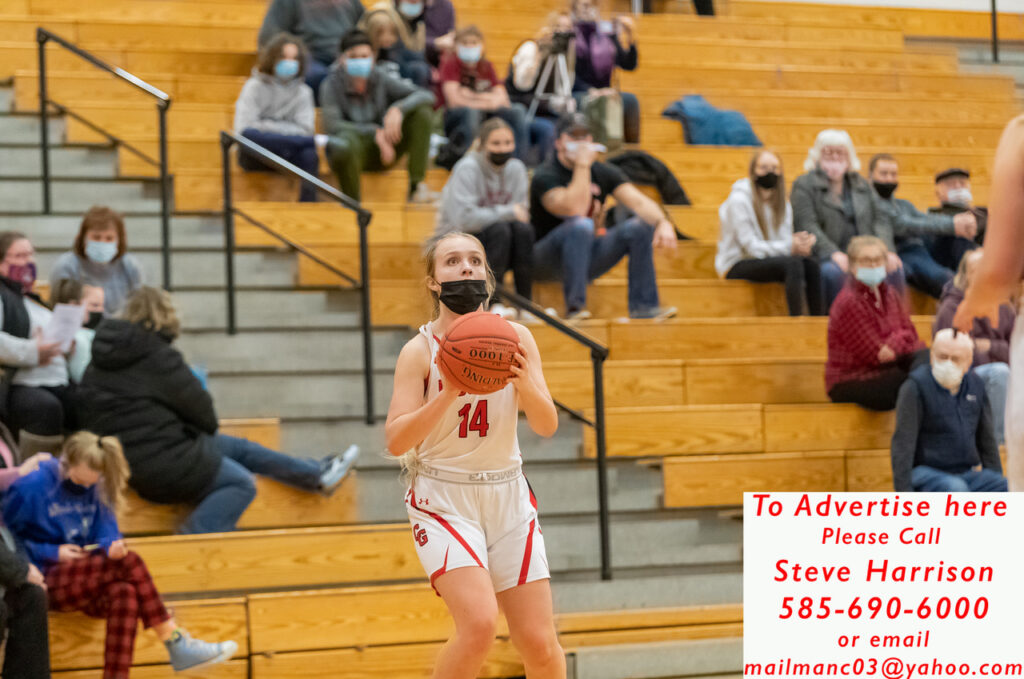 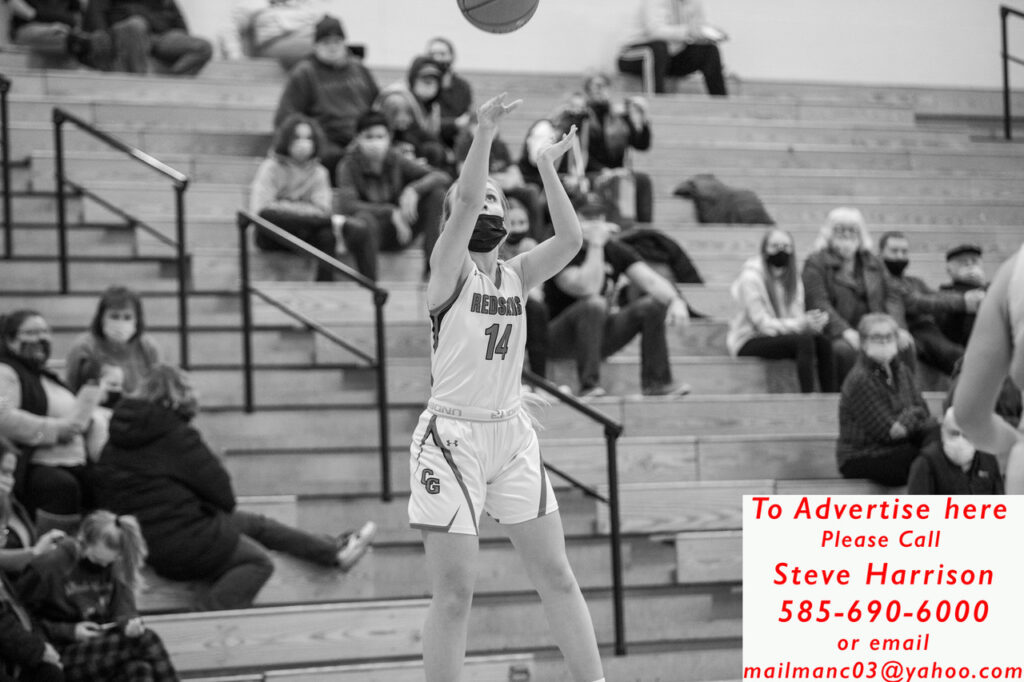 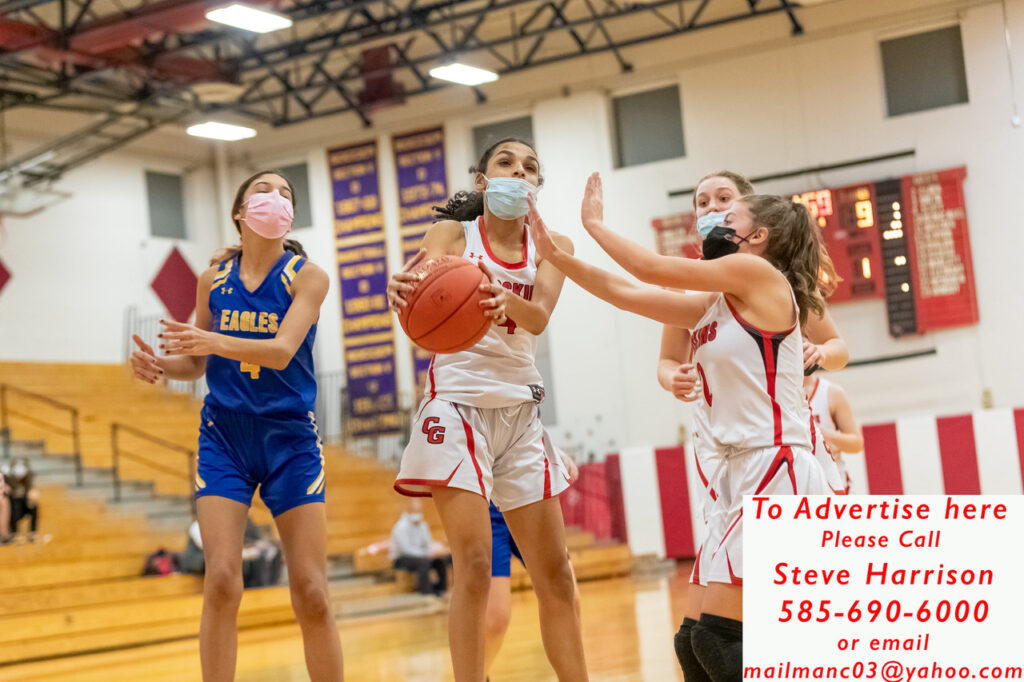 On Tuesday, A-A is at Andover.

There will be a big game on Thursday, Jan. 27 as Arkport-Canaseraga, the second place team in the league, will host first-place Canisteo-Greenwood.

Sponsor Steve Harrison’s photojournalism on the Hornell Sun!! Email Steve today and have your business featured in all of his local sports action!!

Dr. Mauro excited to build on momentum as he opens spring semester at Alfred State