Alfred-Almond softball improved to 5-1 with a 15-4 win over Arkport-Canaseraga and a 21-5 win over Northstar Christian.

One of the top pitchers and hitters in Section V, Isabel Badeau, broke a bone in her foot over a week ago and many experts in the softball world expected the season to be over for A-A as well.

A-A not only adopted the “next person up” philosophy on the mound, but the hitters seemed to take it personal, scoring 36 runs in two wins and won three games during the week.

“These girls got some bad news last week when they lost their starting pitcher and #3 hitter in Isabel Badeau to a broken bone in her foot,” said Alfred-Almond coach John Gemmell. “Athletics teaches kids a great deal about life, and right now they are fighting through the adversity of that loss. We’ve talked as a group about how life is full of adversity and they have two choices — they can feel sorry for themselves and ‘woe is me,’ or they can band together even stronger and move forward and play hard for their teammates and themselves — and they have done the latter with three convincing wins this week.”

And convincing they were. Gemmell was impressed by all phases of the game.

“We are doing a lot of things well — we are pitching well, playing good defense, and we’ve done a lot of good situational stuff offensively and running the bases — things that win softball games,” Gemmell said. “Our program is about being unselfish and being a good teammate and this group of girls have bought into. Losing Isabel was a huge blow, she was dominant on the mound and at the plate to start the season- but it has provided an opportunity for others to step up.”

And part of that has been Olivia Flaitz. Against Arkport-Canaseraga, she was the perfect lead off batter going 5-for-5, stealing three bases and scoring two runs. She is also taking charge on the mound.

“Olivia is doing a great job in the circle and has taken that challenge head on — in addition to being our leadoff batter and coming up with the key hits,” Gemmell said. “Angel Kenyon- who until recently has been just a defensive player for us, is now getting at bats and hitting the ball hard. Alexis Rao and Ali Hurd have stepped up all week with multiple hit games. And we are playing really good defense all around.”

This is a team worth getting out to watch as the second half of the season takes place in May.

“Many people may have written us off when we lost Isabel, but this team has no signs of throwing in the towel,” Gemmell said. “They live playing ball and love playing with each other and the plan to just keep getting better and see where it takes them.” 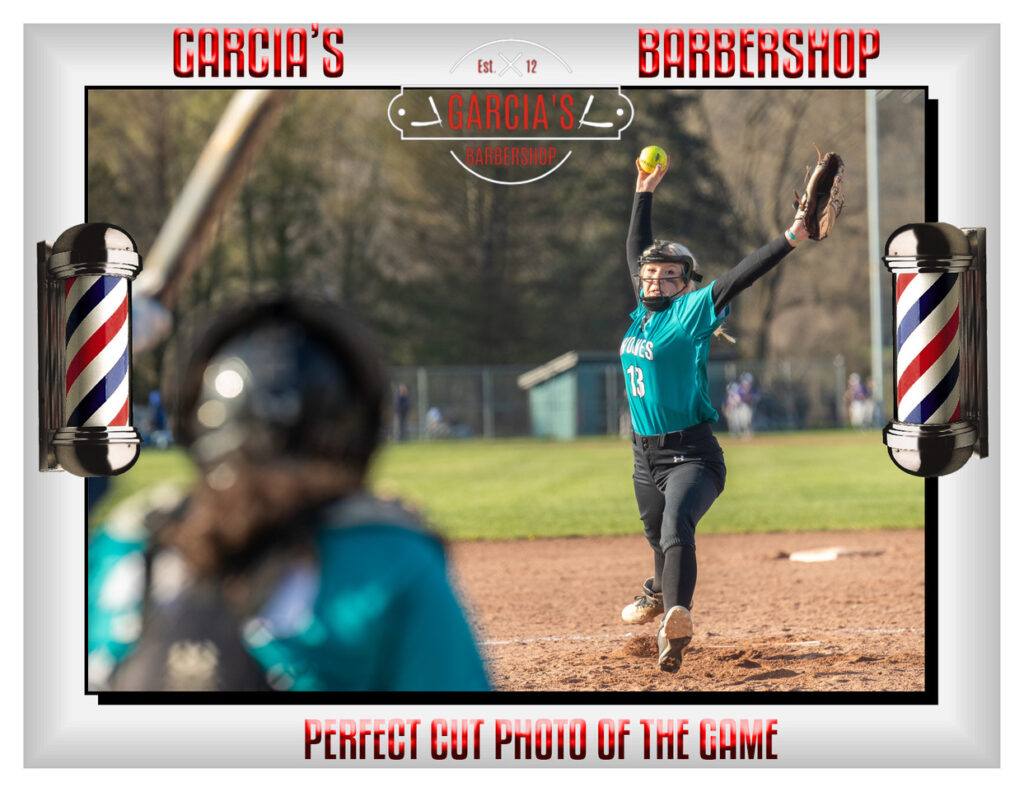 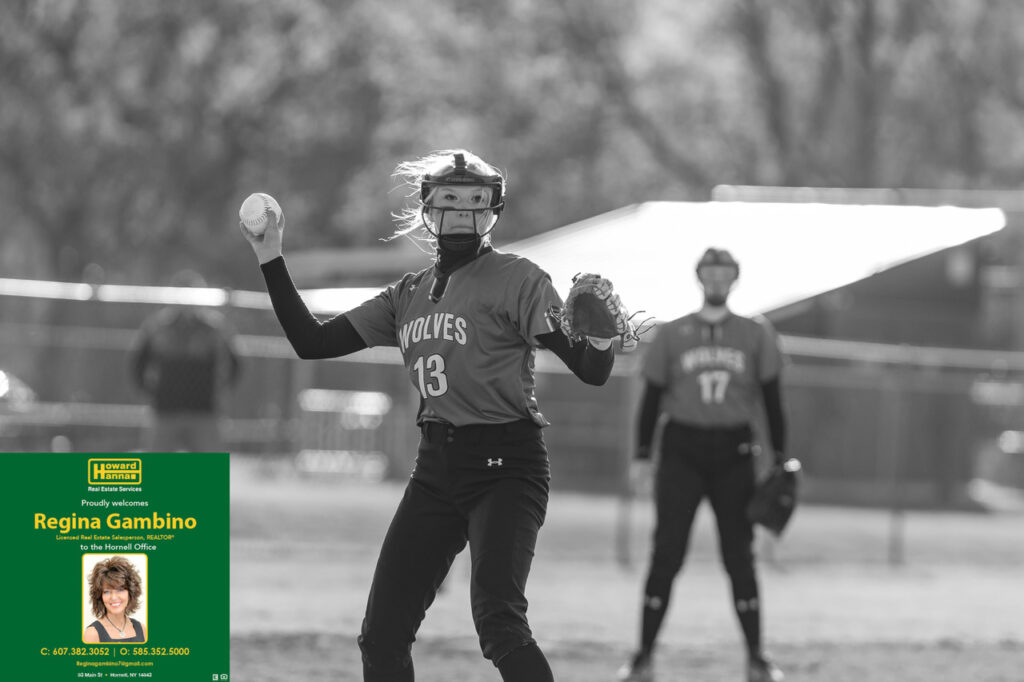 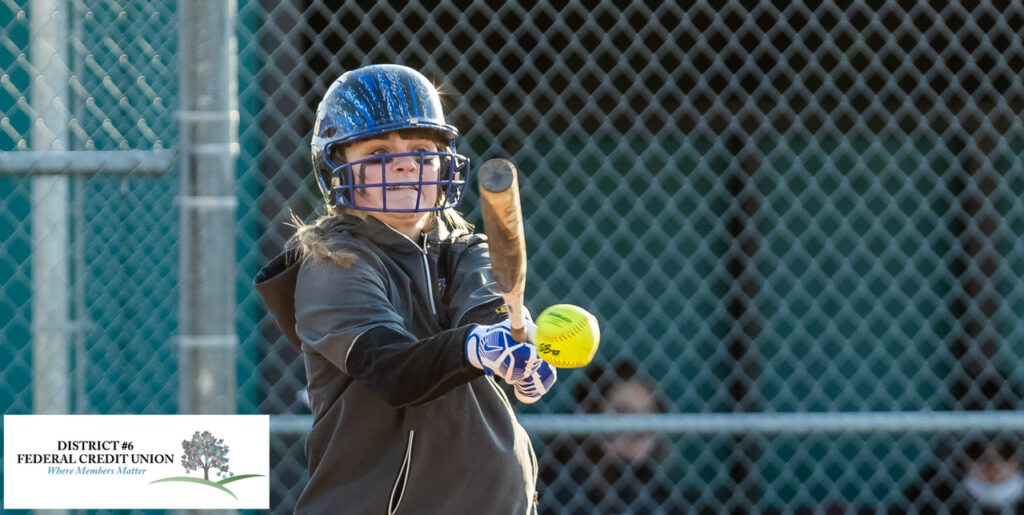 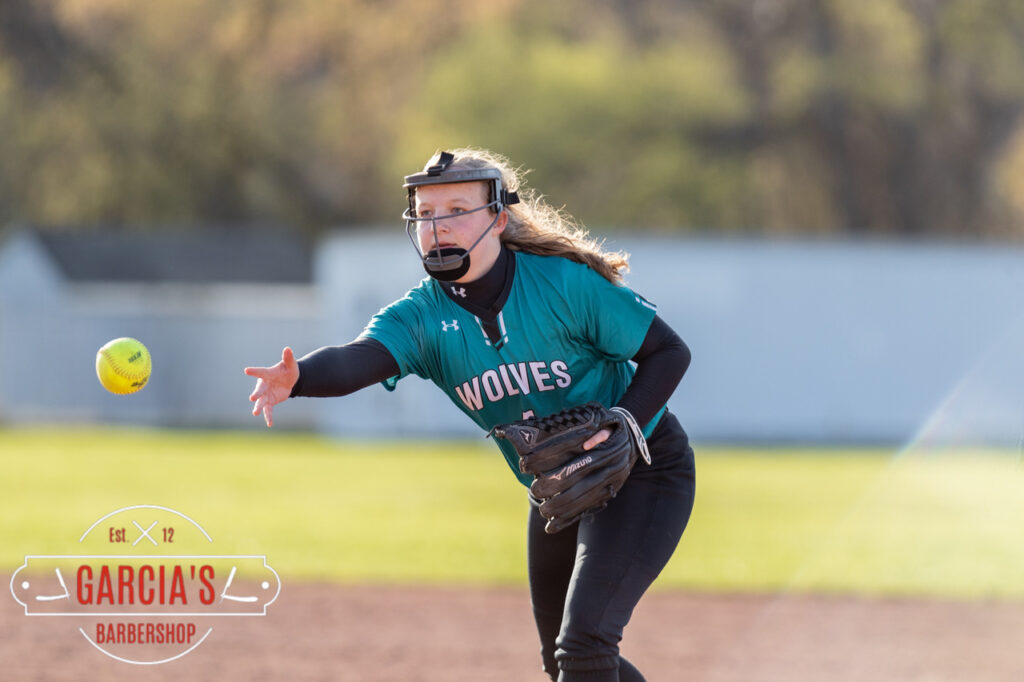 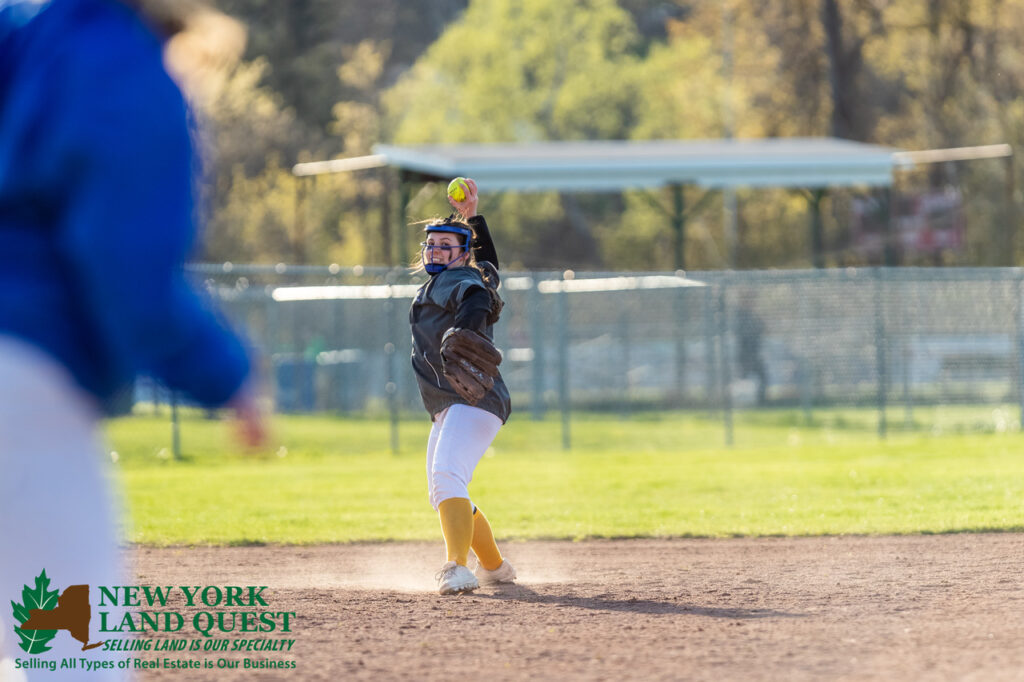 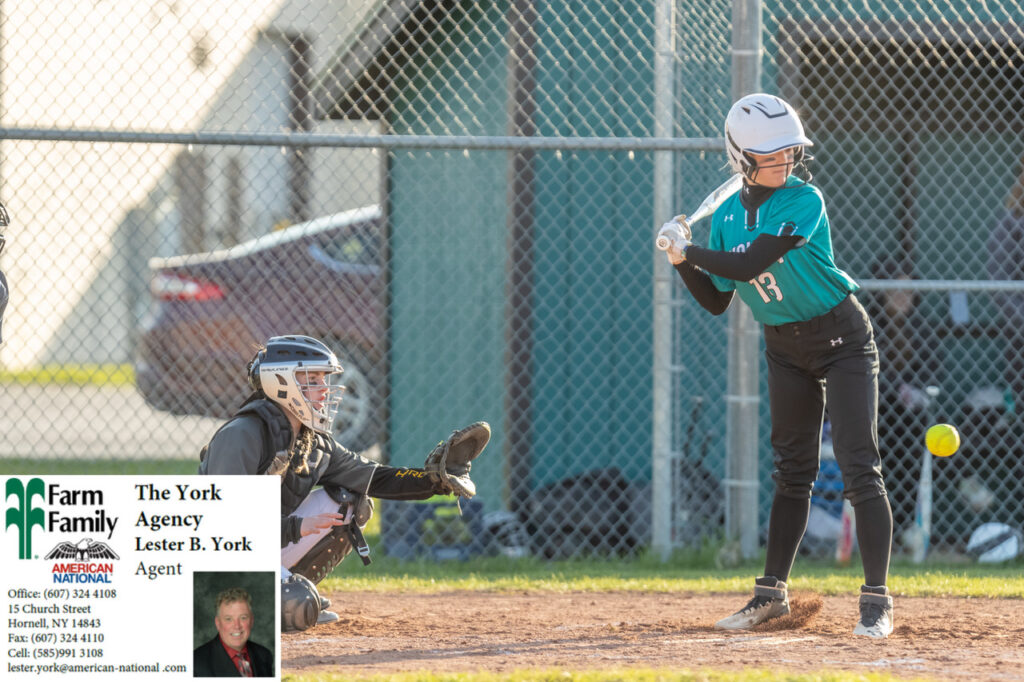 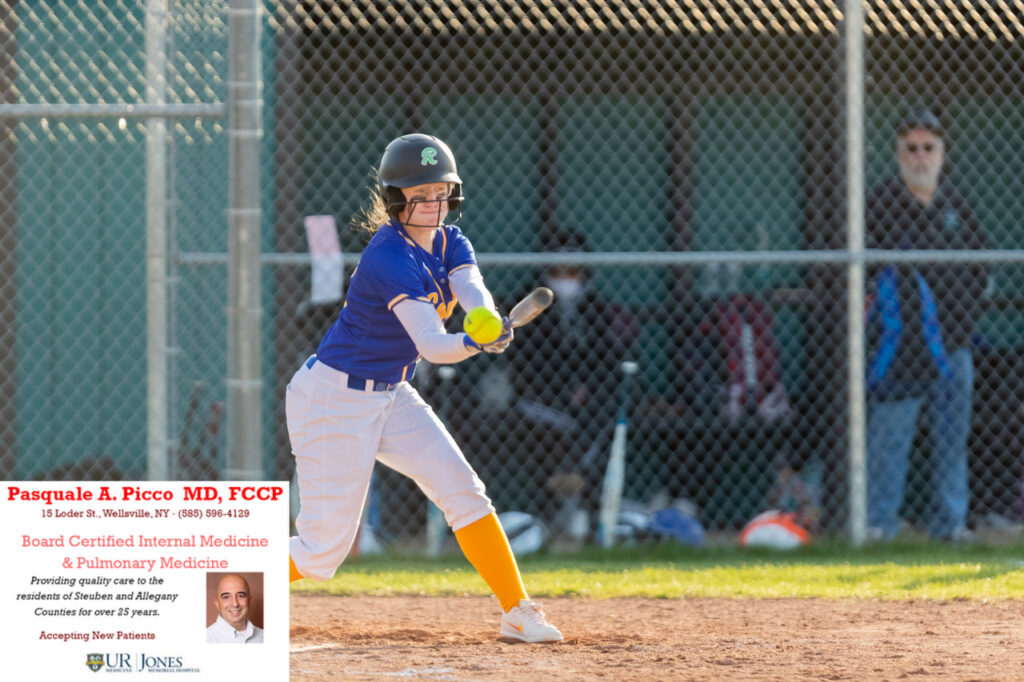 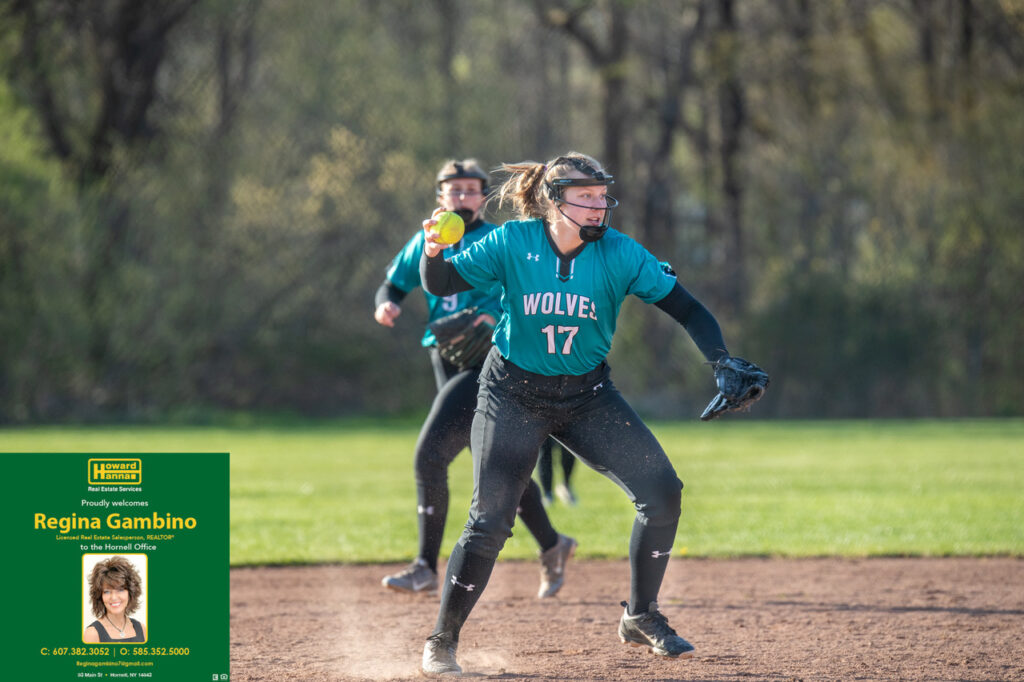 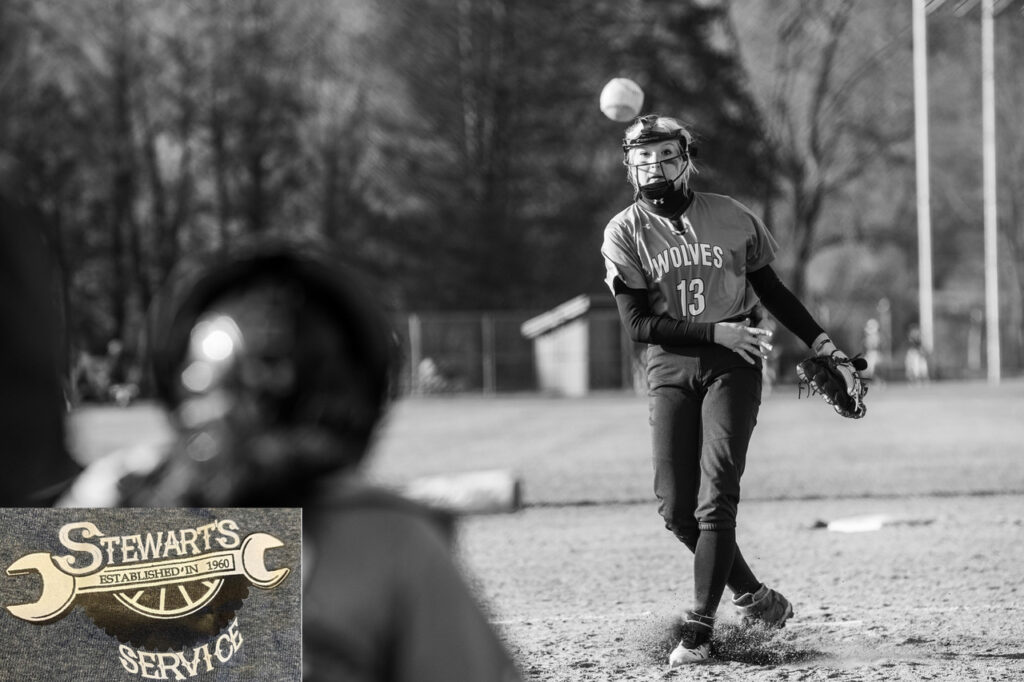 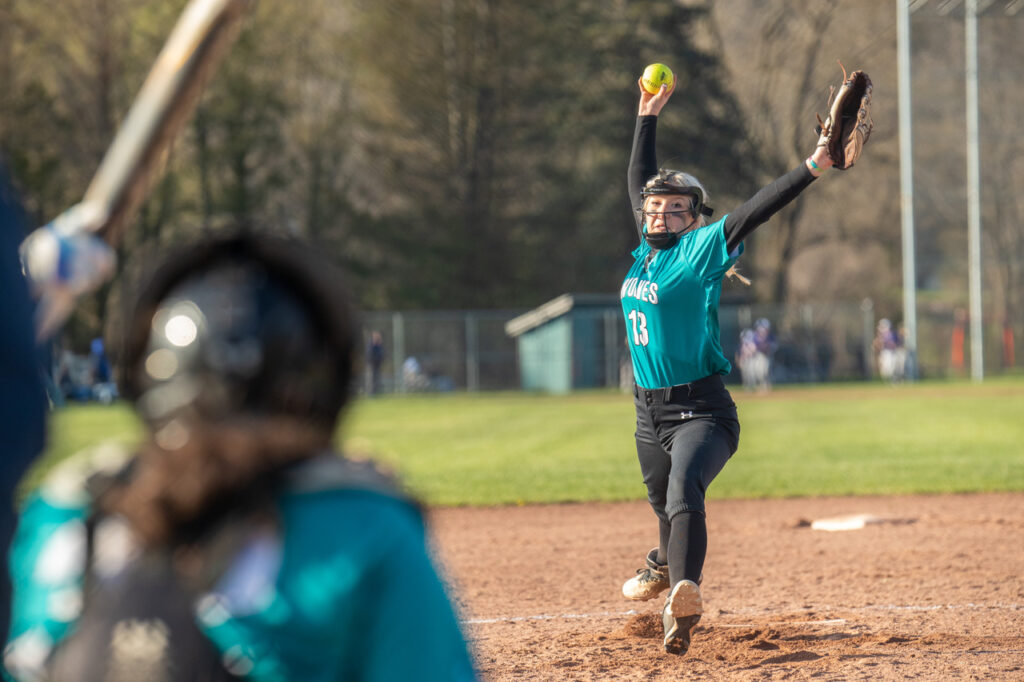 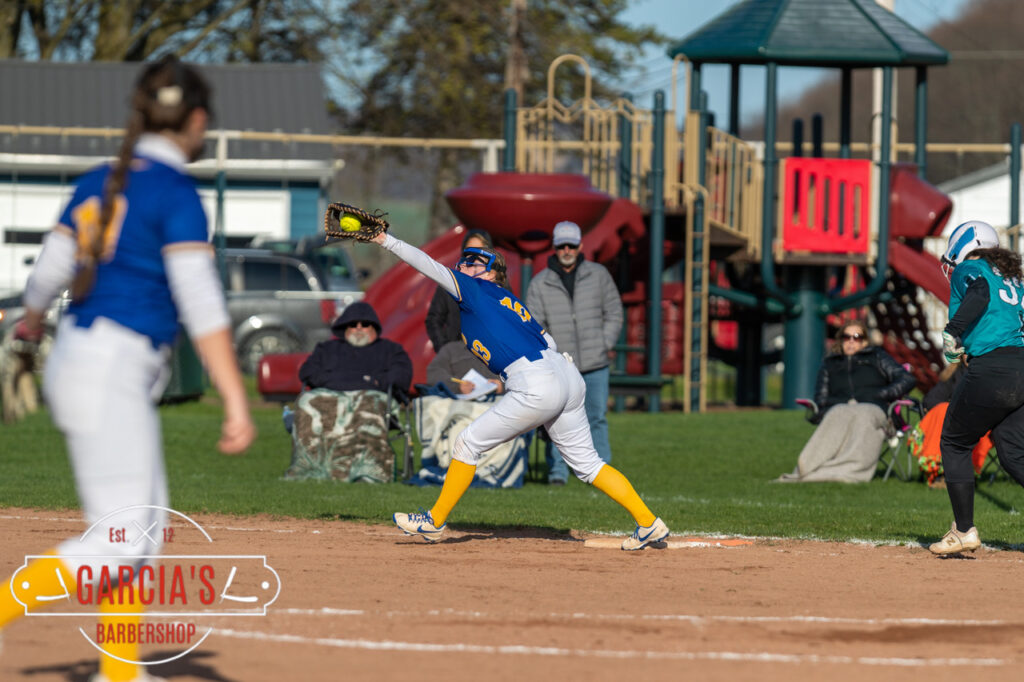 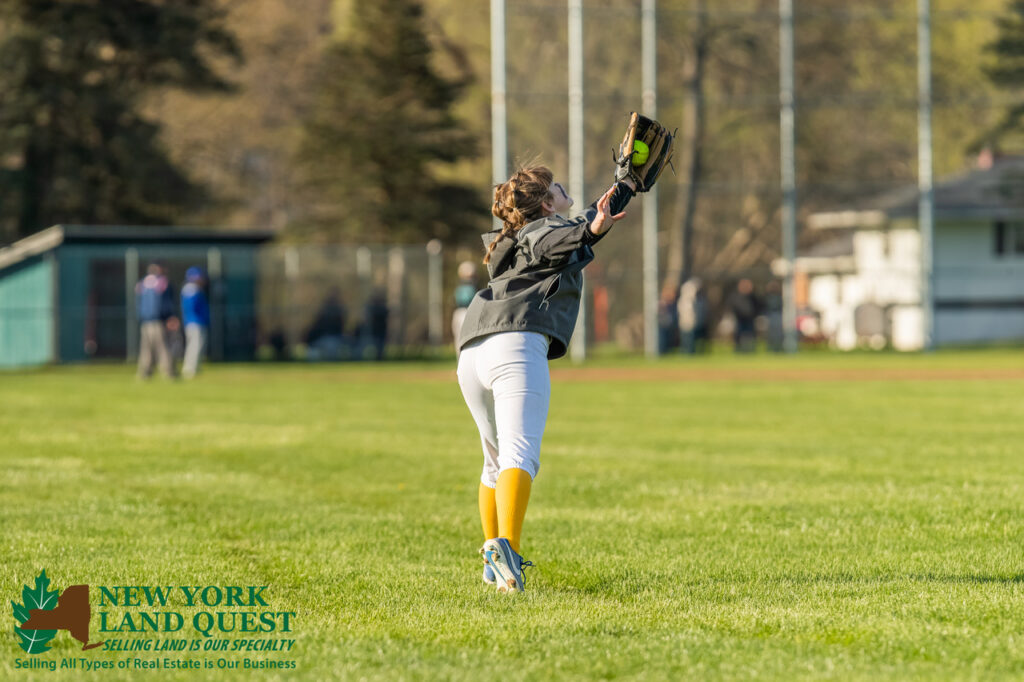 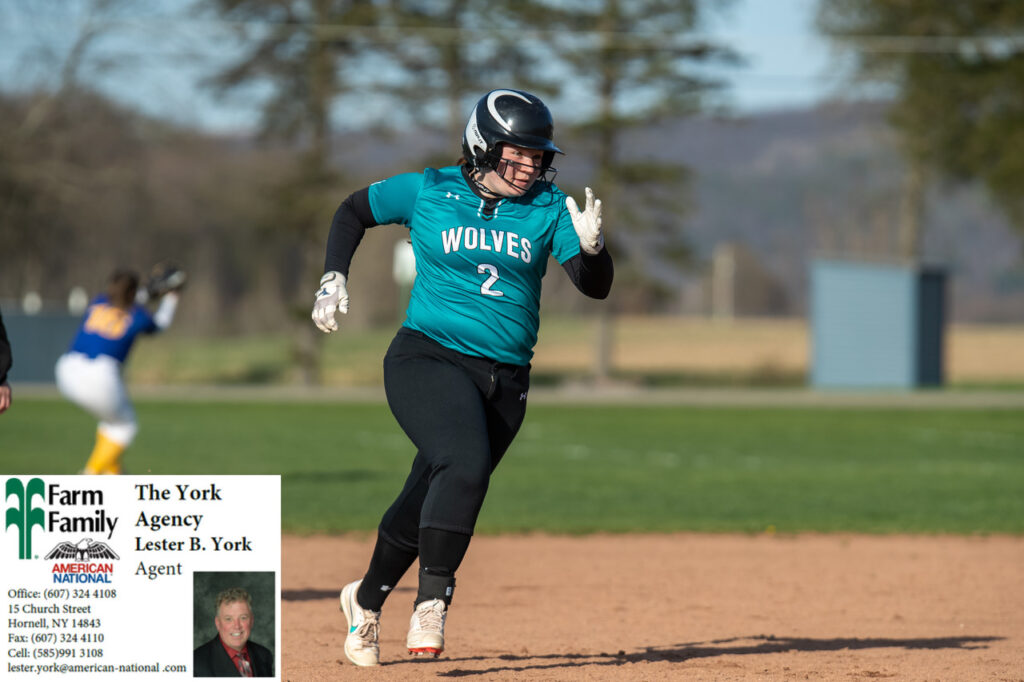 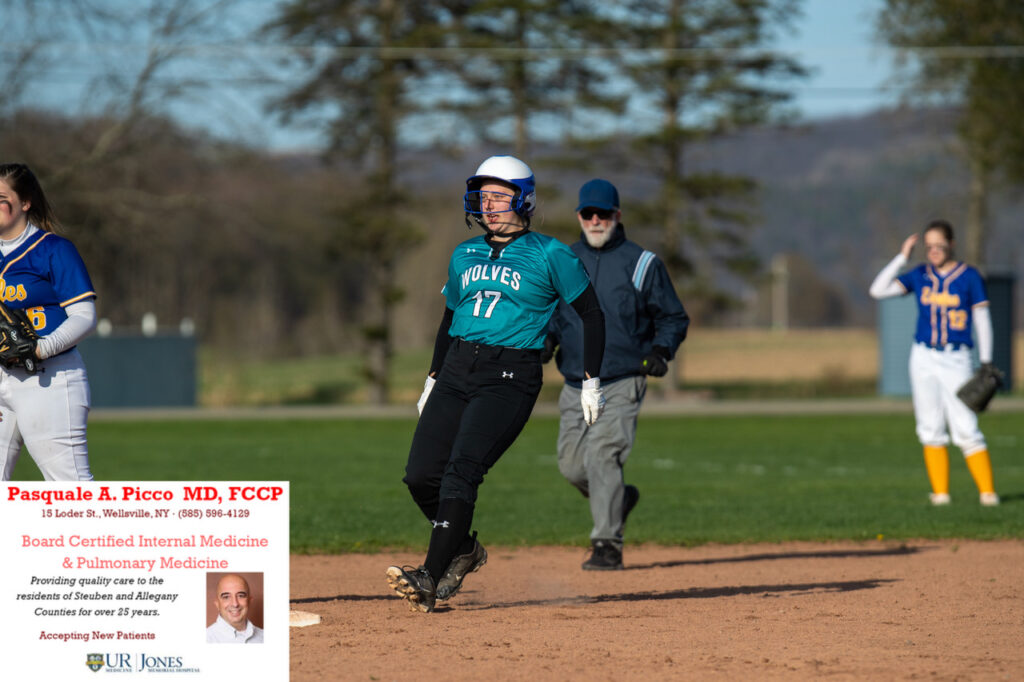 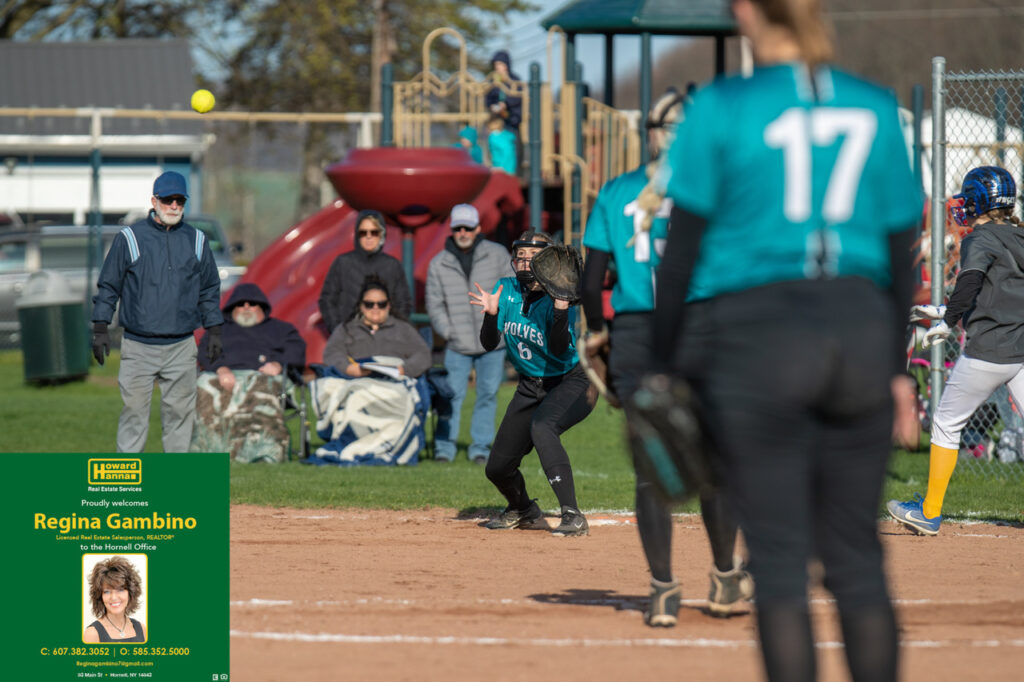 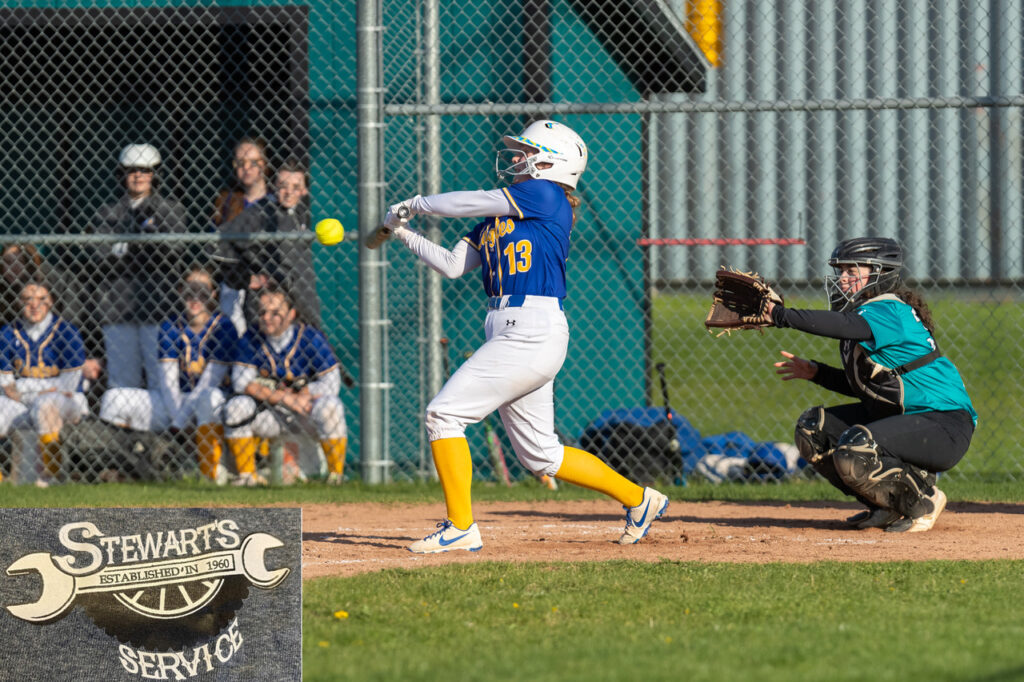 Thank you Hornell and Steuben County !