ARKPORT — A rematch of last year’s Class D Final was on the horizon. Across two different occasions last year, Fillmore and Arkport/Canaseraga gave tremendous battles against one another. One of those wound up sparking what turned out to be an incredible postseason run to the finish line for the Eagles.

The deepest run since they last visited the State Finals just over 20 years ago.

With the majority of the Eagles back to do it all over again in a new era of soccer the school will see for the first time in three decades, it was only fitting if both teams gave one another another classic battle to start the 2022 season.

Throughout the night in Arkport, chances were garnered, fights were fought across the midfield and hard work and dedication was displayed. But when it came down to a deciding factor, Allegany County’s leading goal scorer from last season was there to answer the call.

Mitch Ward started his senior campaign with a bang.

The Fillmore sharpshooter helped the offense continued to strike until the iron was hot, giving the Eagles a first half lead to work with before pushing it out insurmountably with his second goal of the game, as the defense held down shop from that point forward despite giving up a late Arkport/Canaseraga goal to take the 2-1 season-opening triumph over the road on Friday.

“This was a great effort by the boys this evening,” said Eagles first-year coach Jarrett Vosburg. “Arkport/Canaseraga played very tough, they played a very physical game and they came ready to compete, as is always the case when we come up against them. I was pleased with the gritty and gutsy effort our boys showed, matching their intensity and physicality stride for stride. I couldn’t have asked for a better start to our season.”

Through a defensive battle across the opening half of play, the time to strike came late for the Eagles (1-0) and Ward, who tallied his first of the season with 2:10 left to go off an Arkport/Canaseraga miscue near the 18, swiping the ball and scoring towards the far post to open up the scoring with the lead.

The lead would hold up until Ward found an extension for it in the beginning stages of the second half, when Zach Sisson chipped the ball towards a streaking Ward on the breakaway, cashing in on a massive piece of early insurance to branch their lead to a pair. It was enough to keep Fillmore in the lead for the remainder of the way, despite a late Wolves goal with under 10 minutes left.

The initial shot by the hosts in black and teal was bobbled by Luke Colombo in between the pipes, which created a rebound that ultimately would find the back of the net to erase the shutout.

Both teams collected seven shots on goal, with Colombo hanging on after Arkport/Canaseraga’s late tally to earn his first win, making six saves. 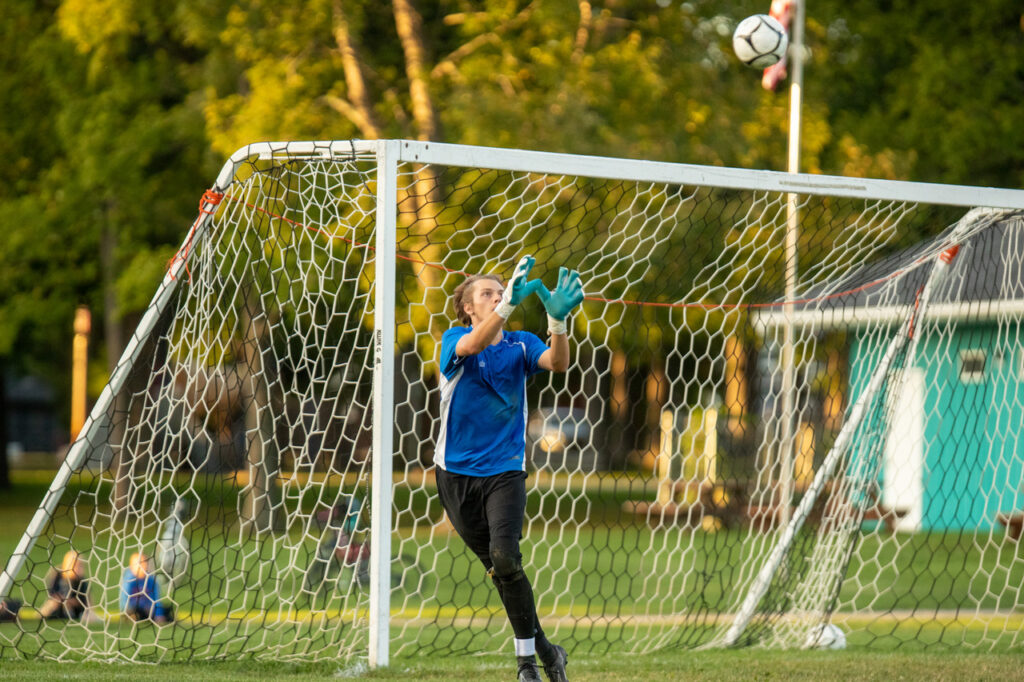 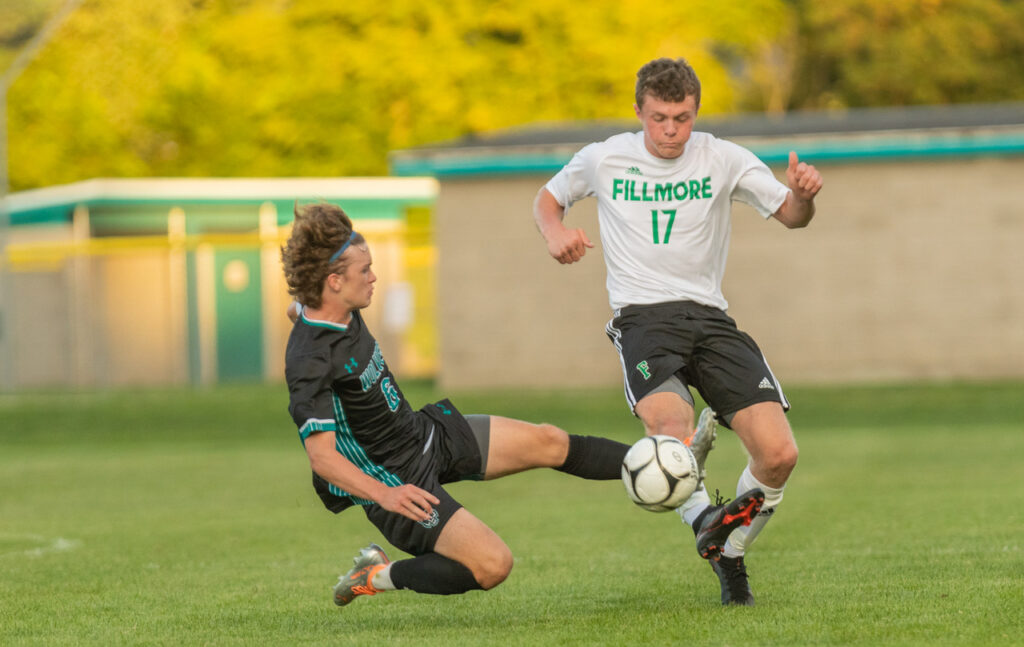 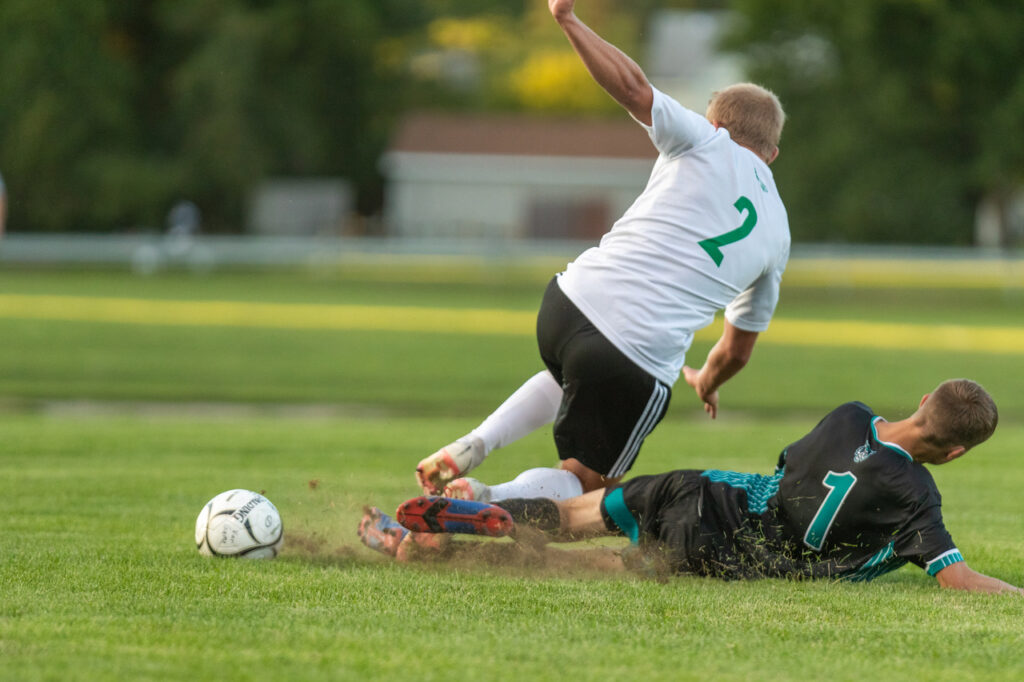 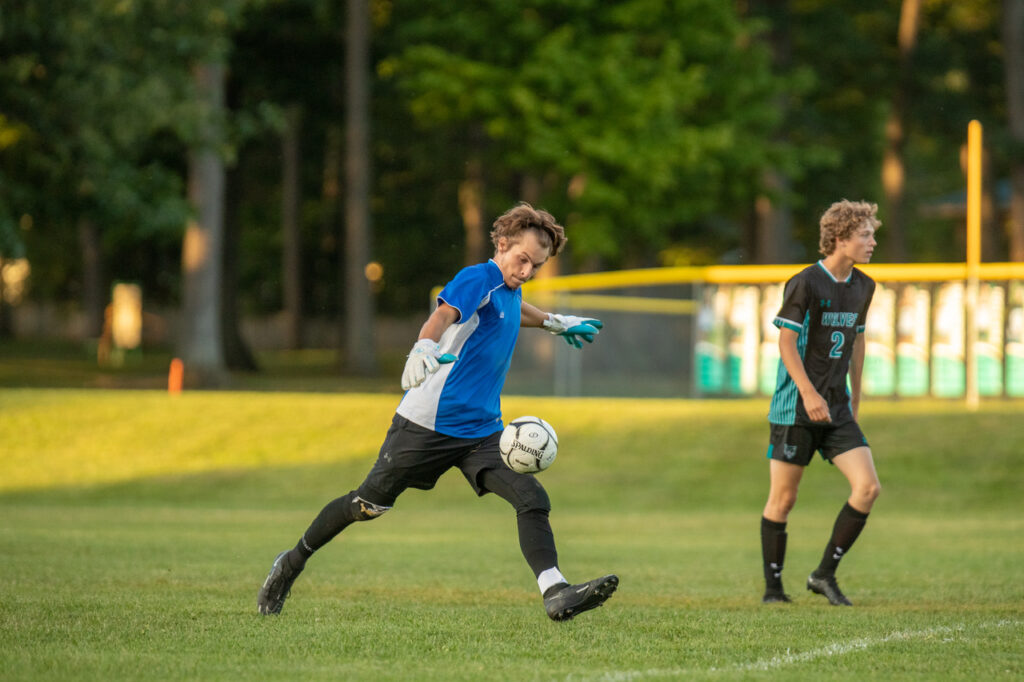 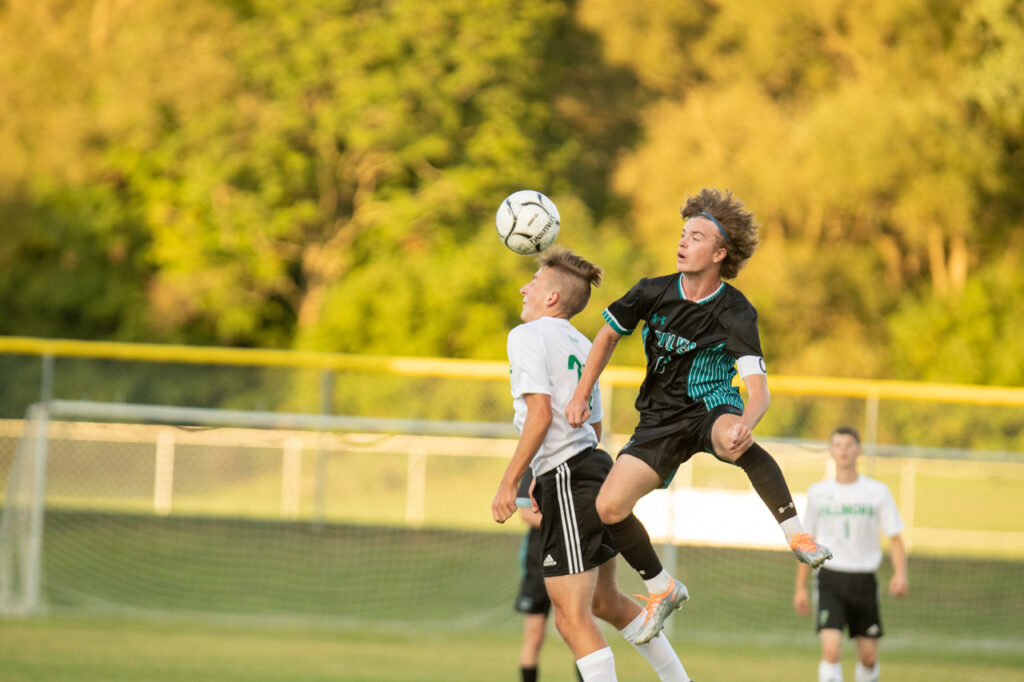 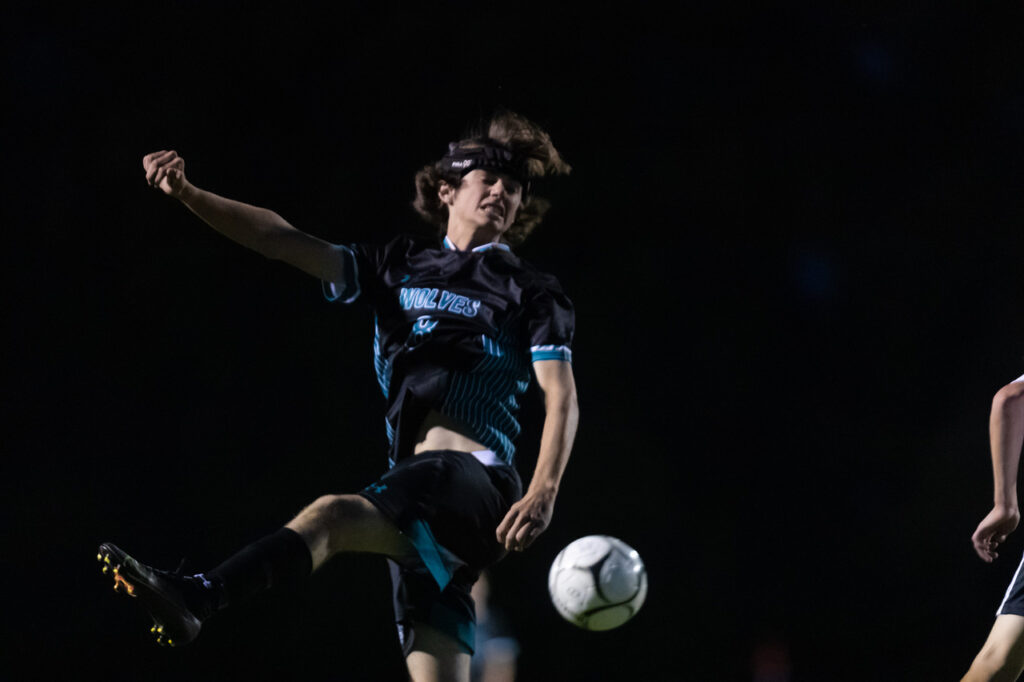 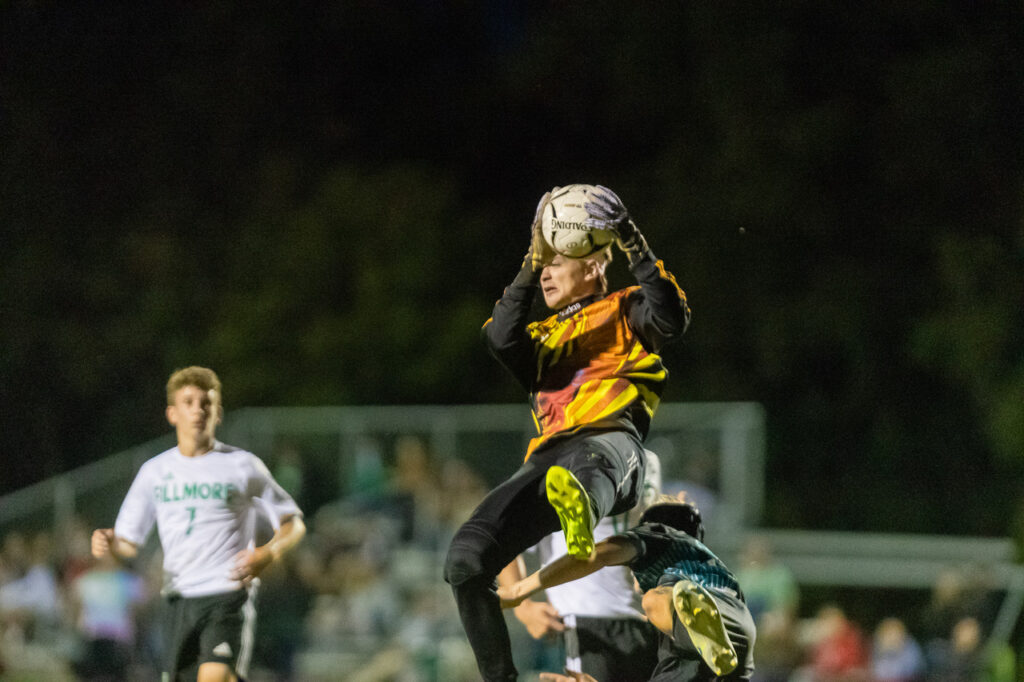 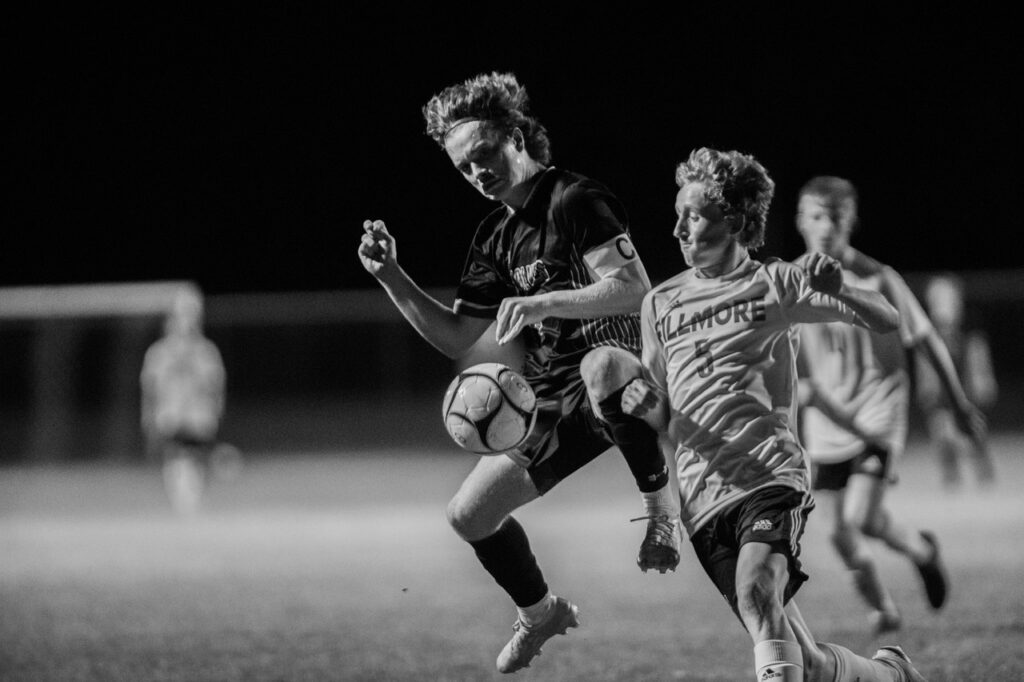 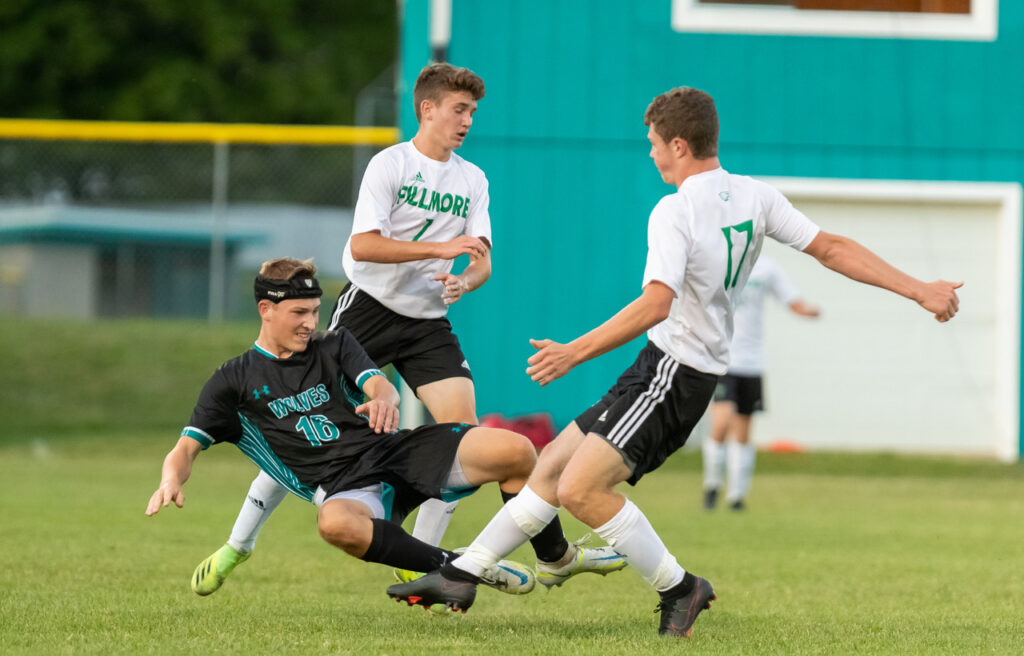 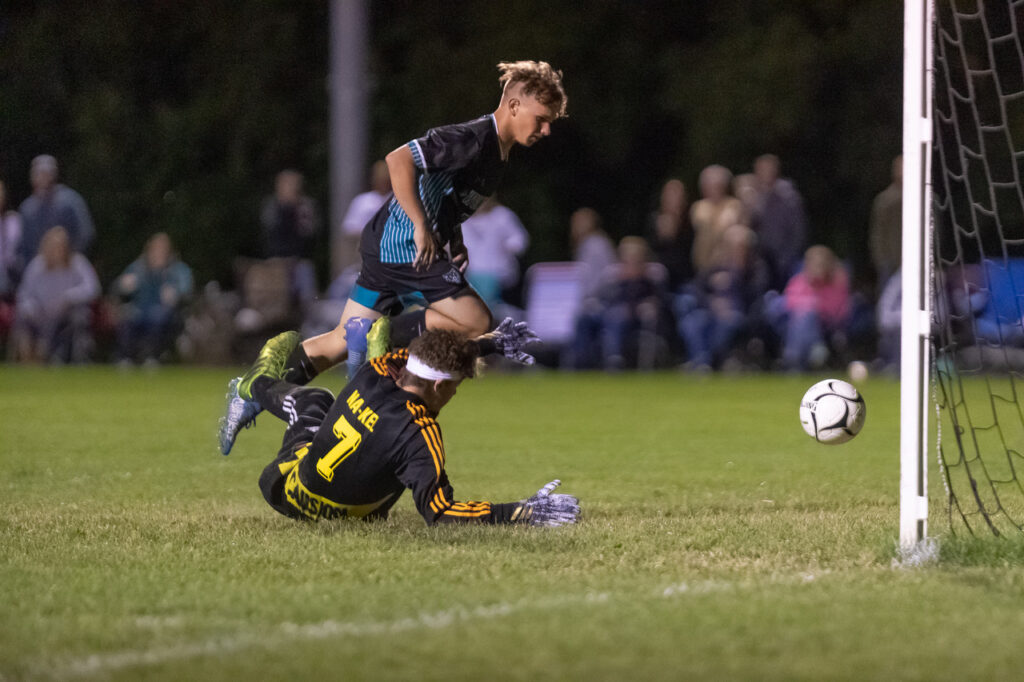 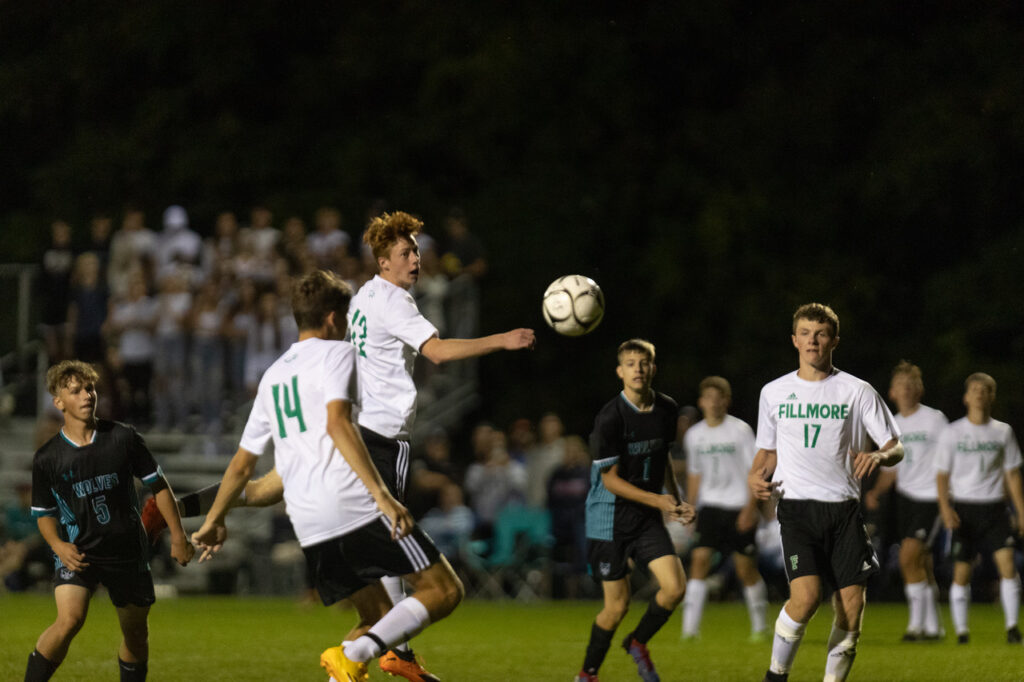 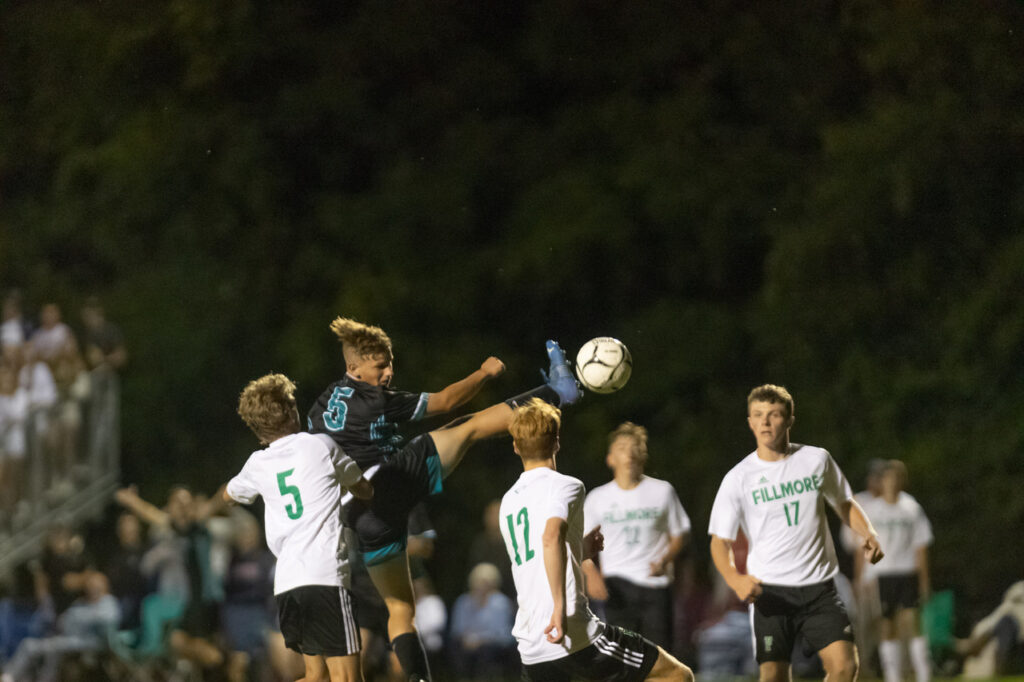 The champs are back: Hornell soccer starts title defense with 1-0 win over LeRoy (photo gallery)