Home » The champs are back: Hornell soccer starts title defense with 1-0 win over LeRoy (photo gallery)

The champs are back: Hornell soccer starts title defense with 1-0 win over LeRoy (photo gallery)

The defending Class B2 Sectional Champions Hornell Red Raiders boys’ soccer team opened their 2022 season this past Wednesday evening as they hosted LeRoy.

The opening minutes of the game had multiple scoring opportunities by both team with neither team finding the back of the net.  With one of the best chances to take the lead for Leroy found nothing but a chance missed as Hornell senior goalie secured the ball and quickly cleared the box and Hornell quickly transitioned into a scoring chance of their own.

Wyatt Eveningham moved the ball up past midfield and with a precision pass between two defenders he found Sean Rose Streaking down the left side of the field as he was able to put the loan goal of the game as Hornell went on to win the game 1-0.  Gates Miller Hornell’s goalie accounted for four saves on the night.

The Red Raiders are off until September 6th and the Bulldogs of Livonia roll into town for a 6:30 pm start time. 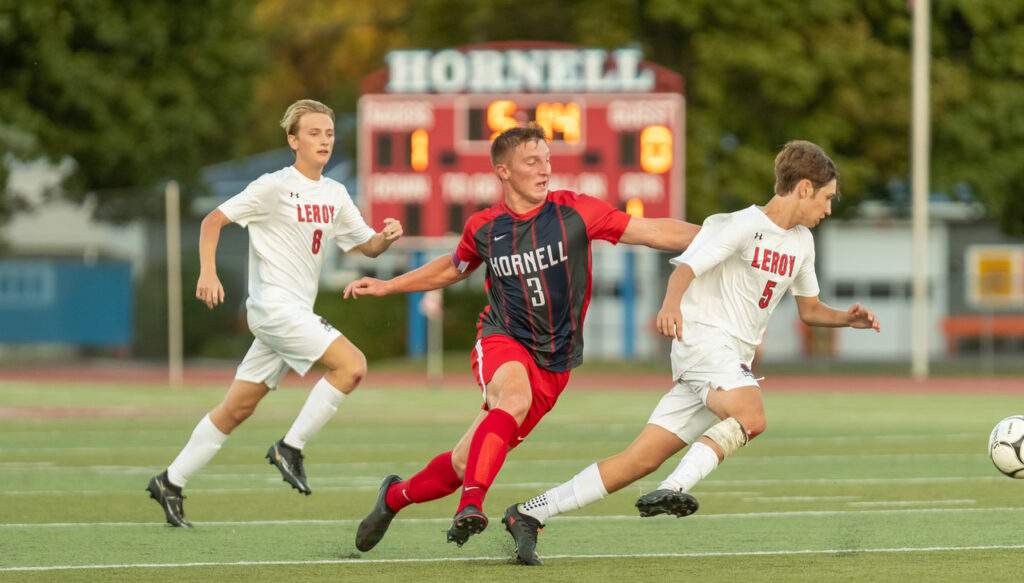 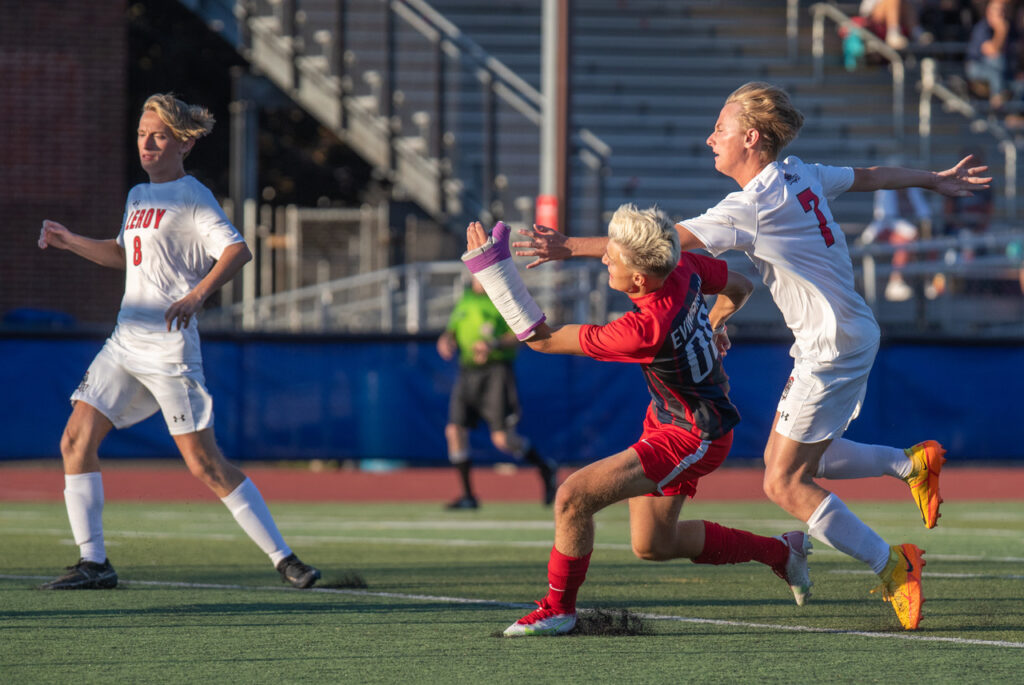 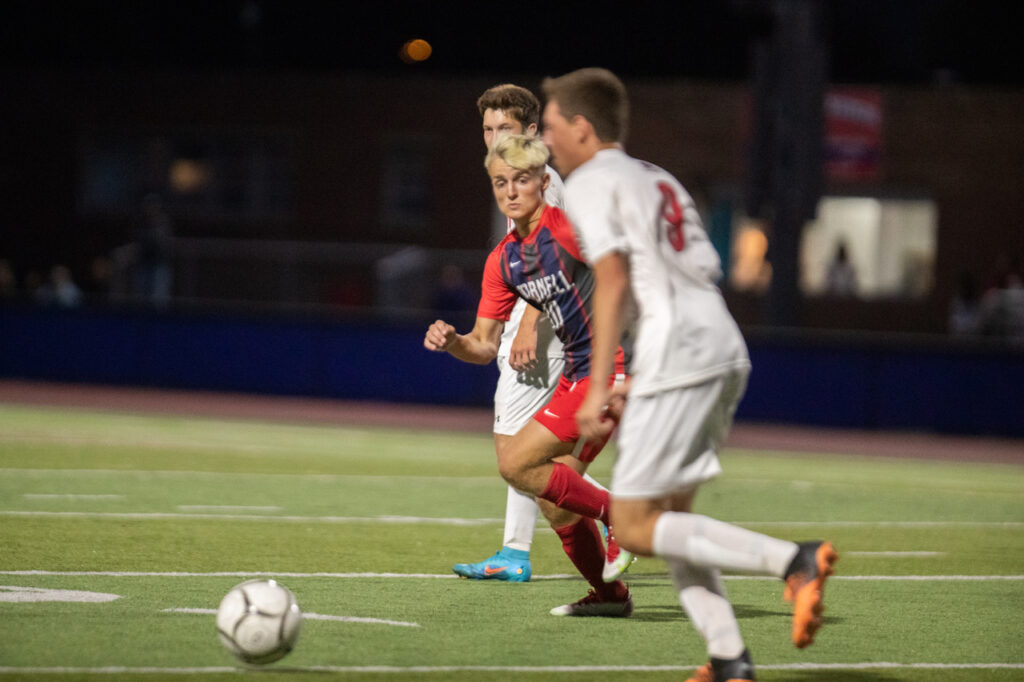 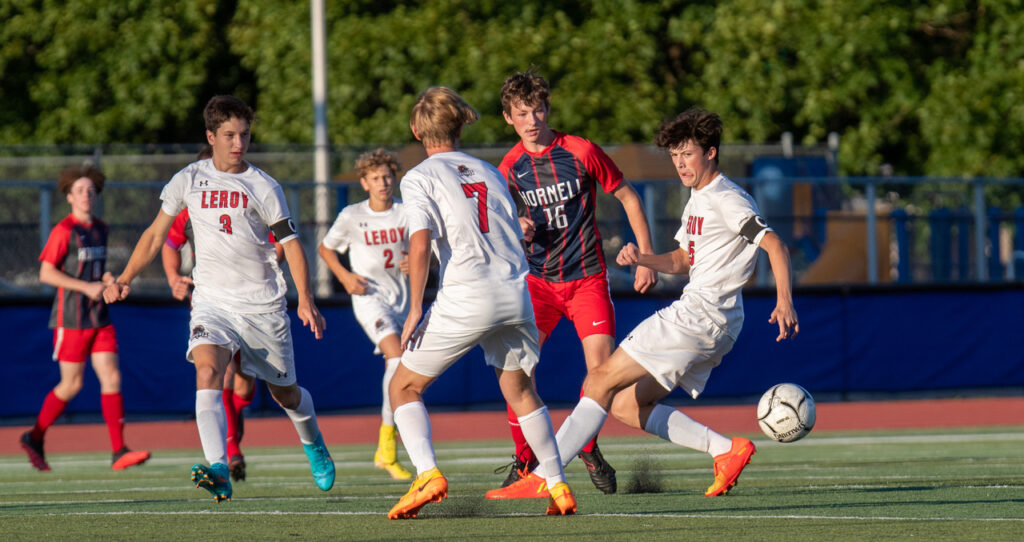 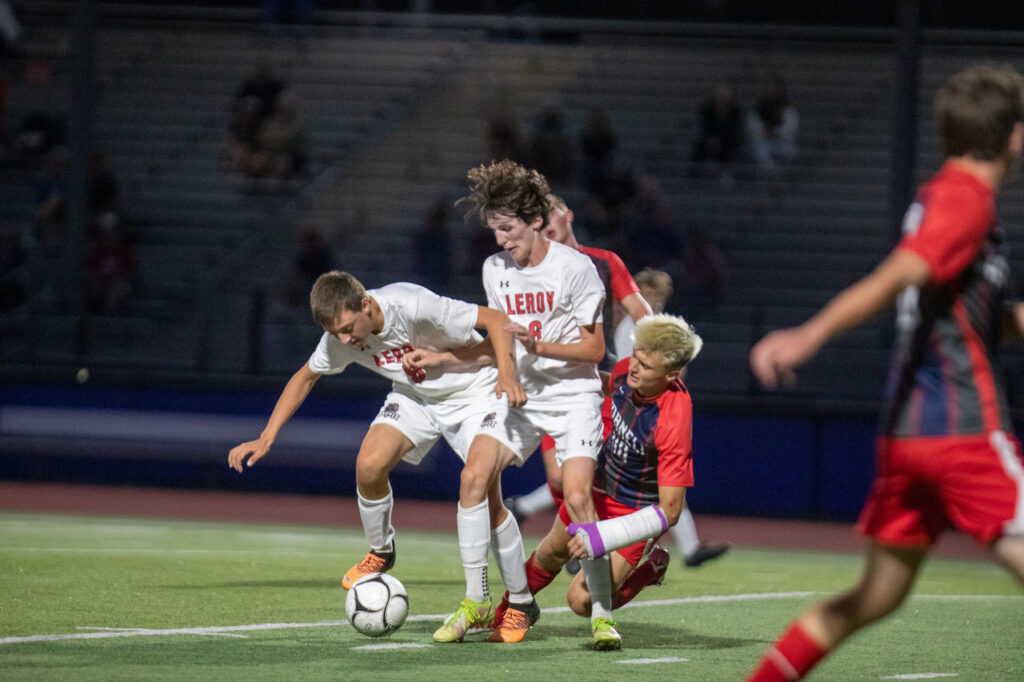 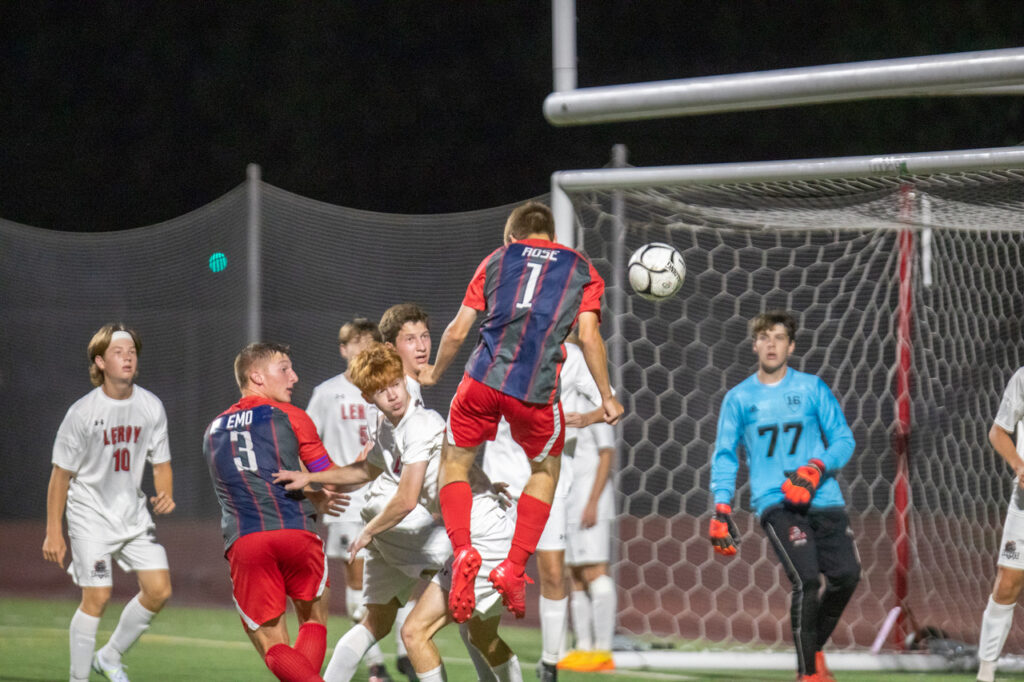 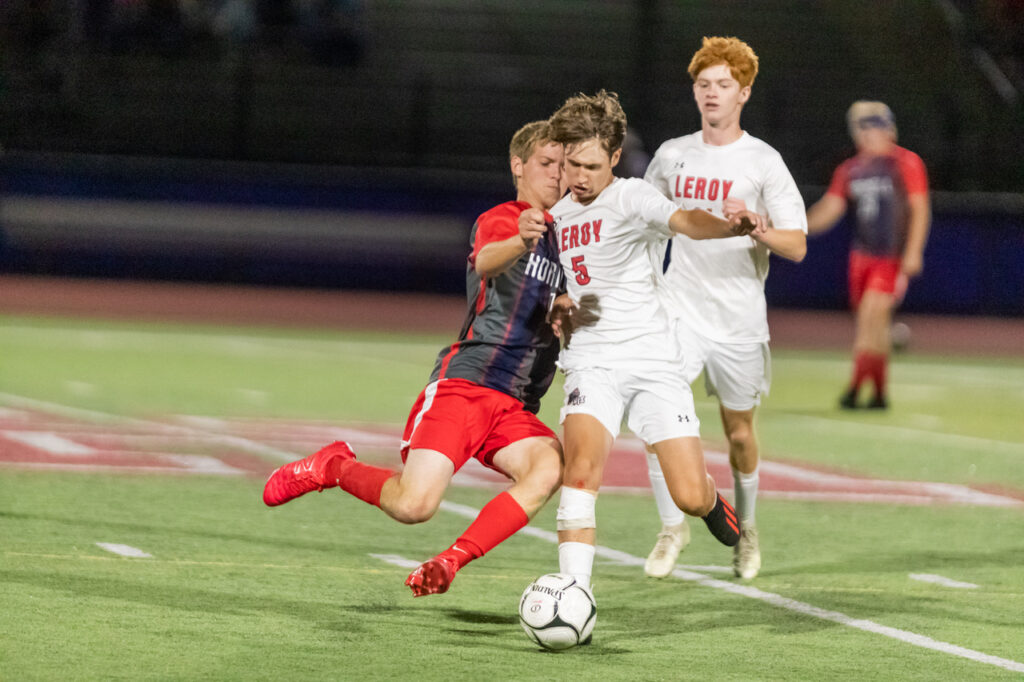 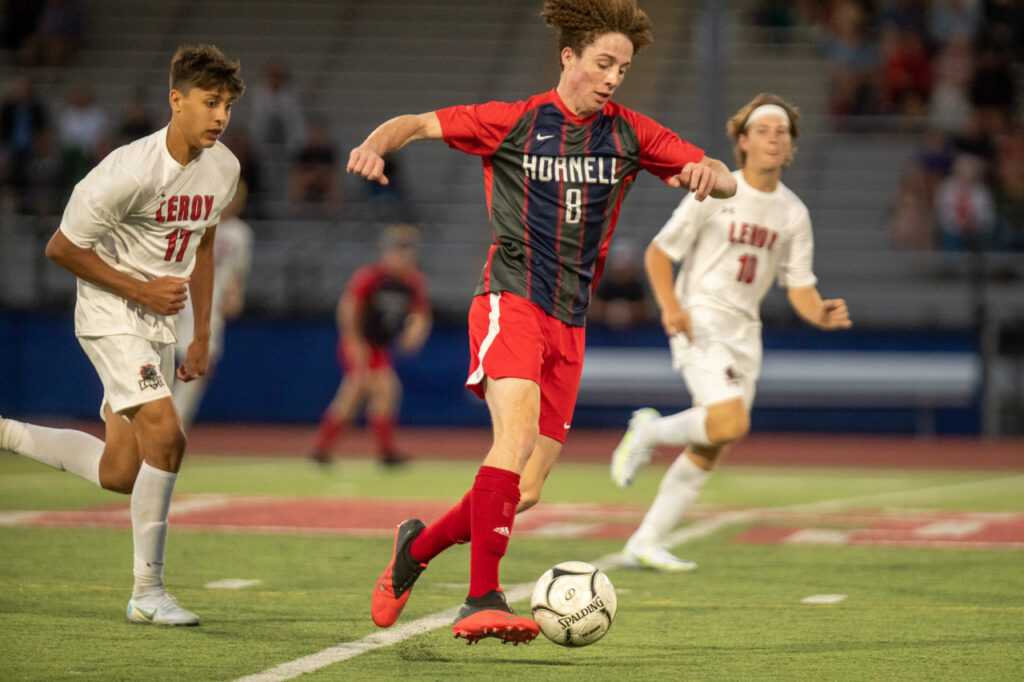 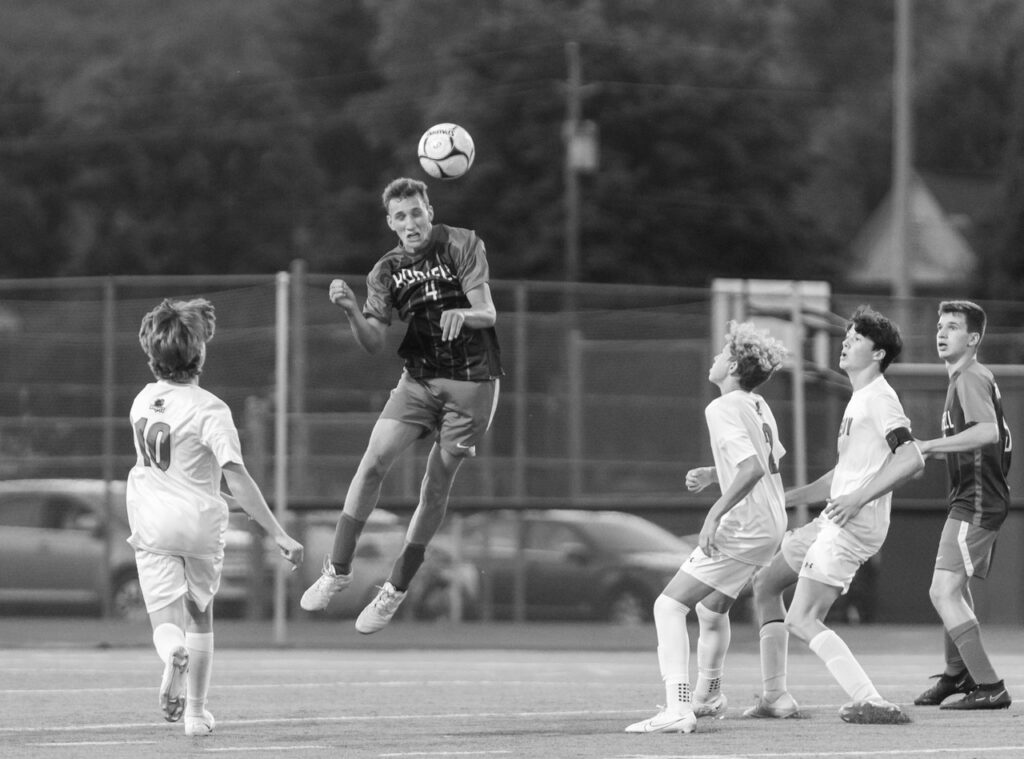 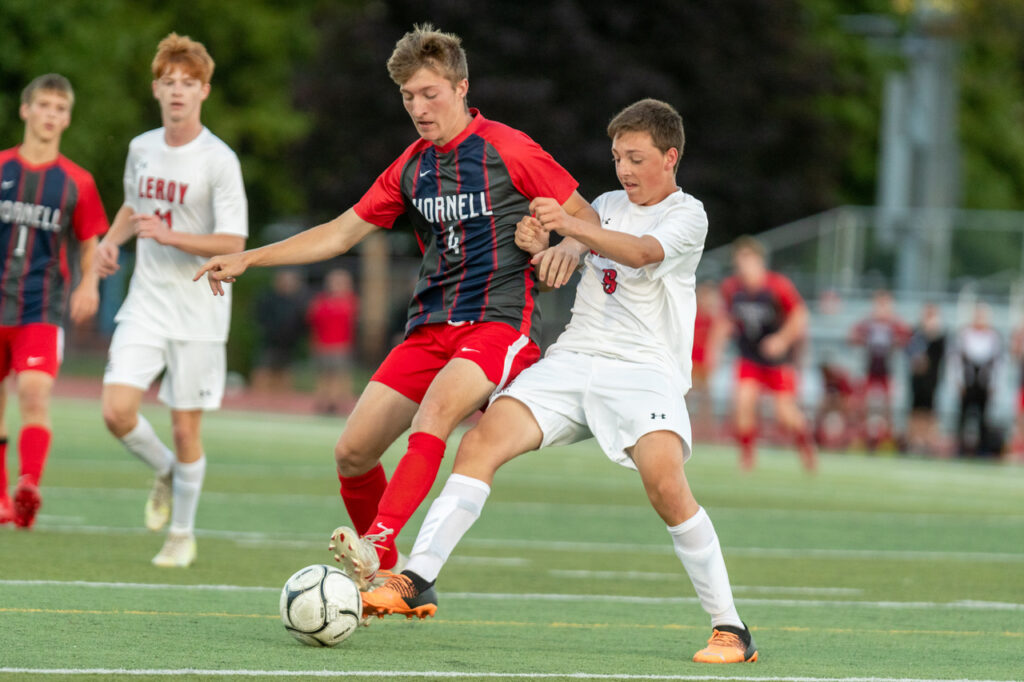 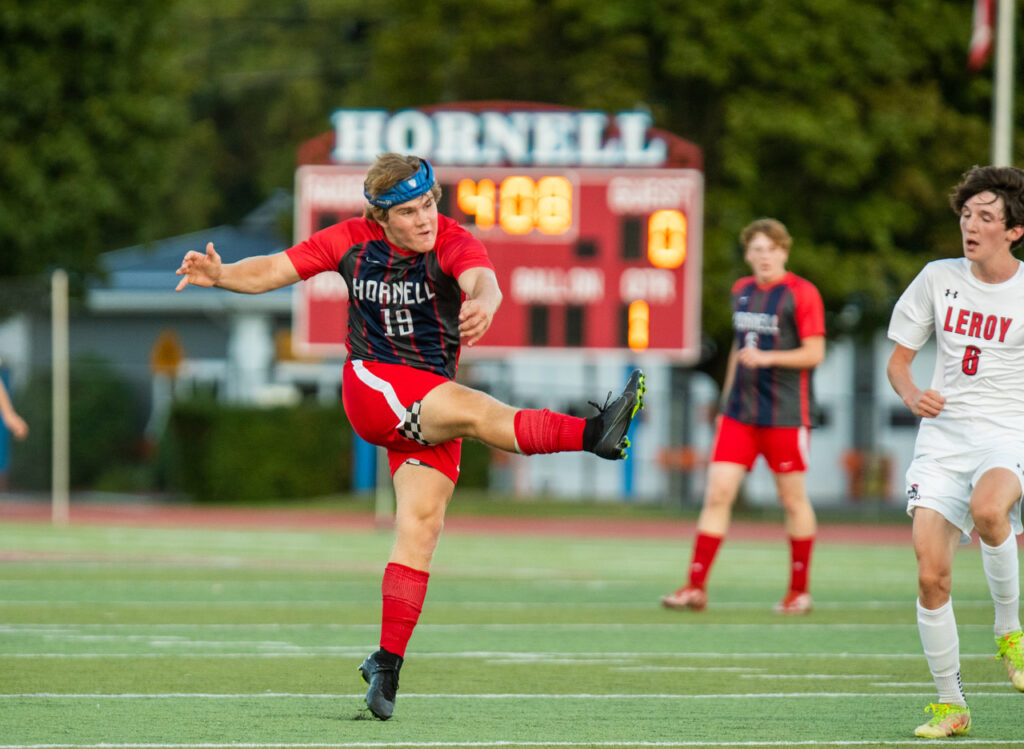 City of Hornell will hold two public meetings this week