Cars are stopping at 45 Willets Avenue in Belmont and staring inside the home of Madison Cole and Cole Reed.

They don’t mind at all.

The soon-to-be-married couple has a Halloween lights and music display set up at their home with gigantic skeletons.

A tree has lights letting the people in the cars which station to tune into to hear the spooky music which is also set to the light show.

They are taking advantage of the publicity by taking donations for the Hornell Area Humane Society (visit them HERE).

“We have three foster dogs right now and six of our own,” said Madison. “We started small with this display, but we added more each day with the community response!” Now, we are doing it for a great cause as well … we were known as the crazy dog house, now we are known as the skeleton house, too!”

Madison is from Red Jacket and Cole is from Pennsylvania. He played football at Alfred University.

engaged to Cole Reed who is from Pennsylvania and played football at Alfred University. She is from Red Jacket.

But now, they like being known as having, “The coolest house in Belmont 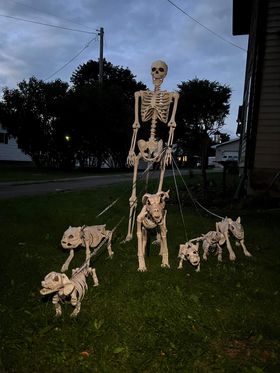 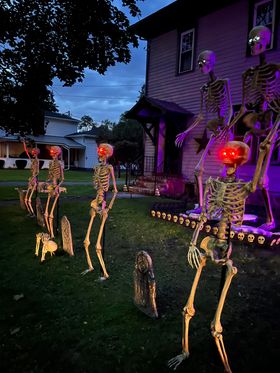 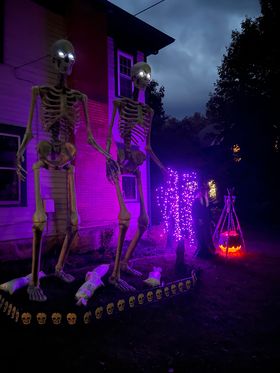 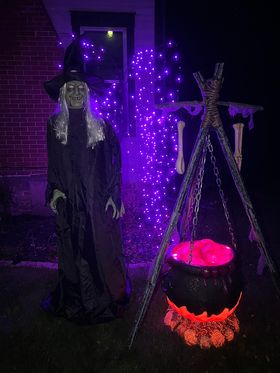 Bath NY Police warn dangerous predator is on the loose, released on October 14

The Unlucky 13 game: Why the Buffalo Bills made correct decisions and why OT rules are fair