You can surely tell it is that time of the year High School Sectional Season! As mother nature has been so kind to us this entire season, plenty of warm evenings, great weather for Saturday games. Well, welcome to sectionals as mother nature said, “Here are some high winds, rain, snow and some super chilly weather.”

As Alfred-Almond and Arkport-Cansaraga ladies took to the grass field, you could tell it was going to be a fun night on the Eagles Nest.

On the wet grass, defenders need to ensure feet are planted firmly, as a slip or stumble could lead to a one-on-one with the goalie in these conditions.

And the first goal of the evening was just that, a ball played to the center of the field and served into the box. It took a slippery bounce away from the defender which led to a touch on the ball by Alfred Almond’s Ali Hurd past Maddie Kellogg, the sophmore keeper for the Wolves.

Shortly after her first goal, Ali found herself in a foot race to the ball in from top, and despite a great play by Kellogg, the secon touch by Hurd went past her out-stretched hands for a 2-0 A-A lead going into the half.

In the second half, the Wolves continued their tough defense as the Eagles continued to press the play forward looking to put away the visiting A-C.

Isabel Badeau was the lone goal in the second half securing the first round win for the Eagles, who improved to 5-8-4 on the season and will move on to face the number one seed 16-0 Fillmore on Saturday 6 p.m. in Fillmore.  Arkport-Cansaraga finished the season 5-12-0. 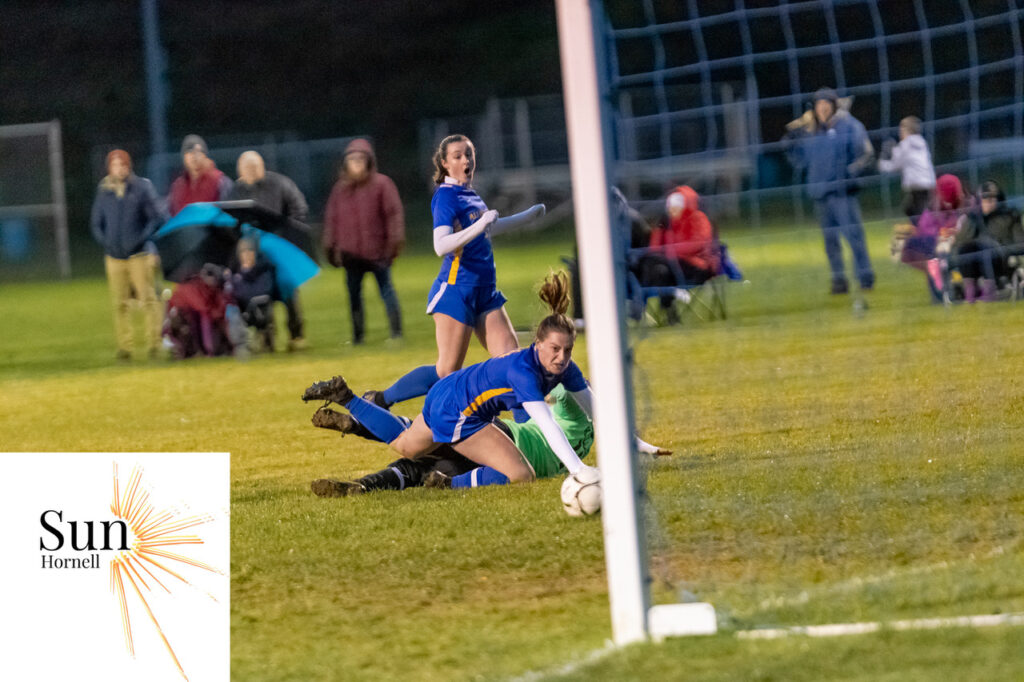 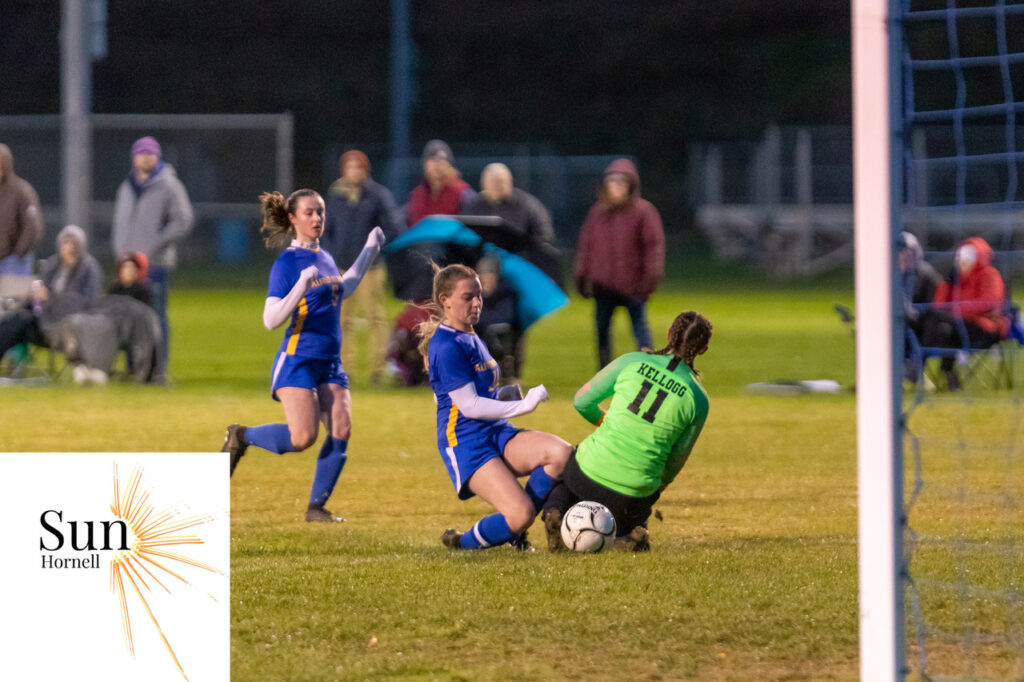 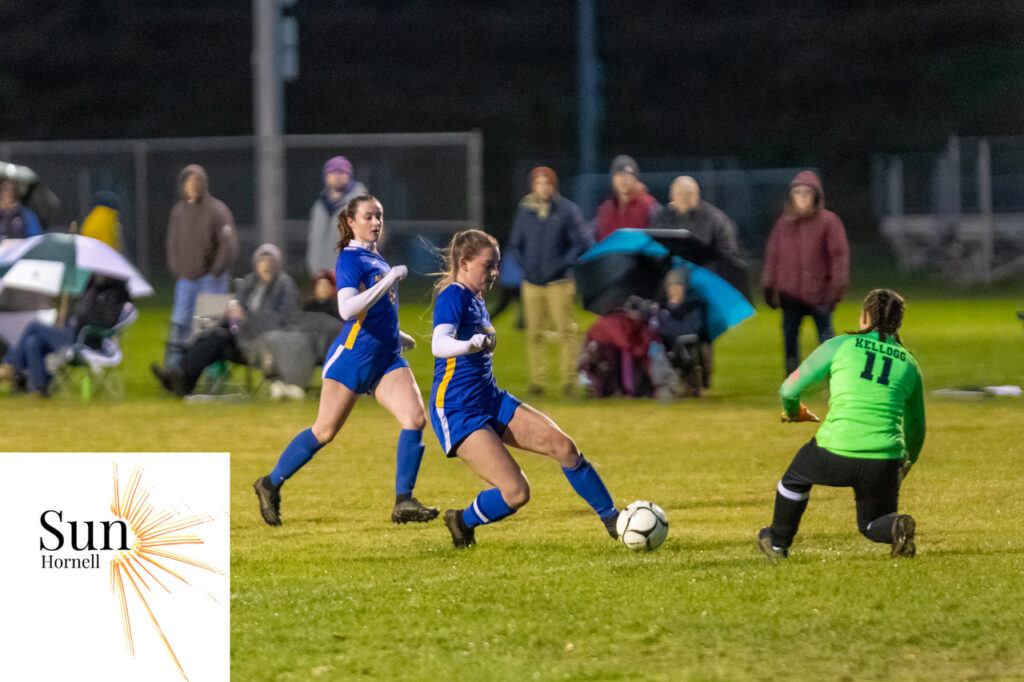 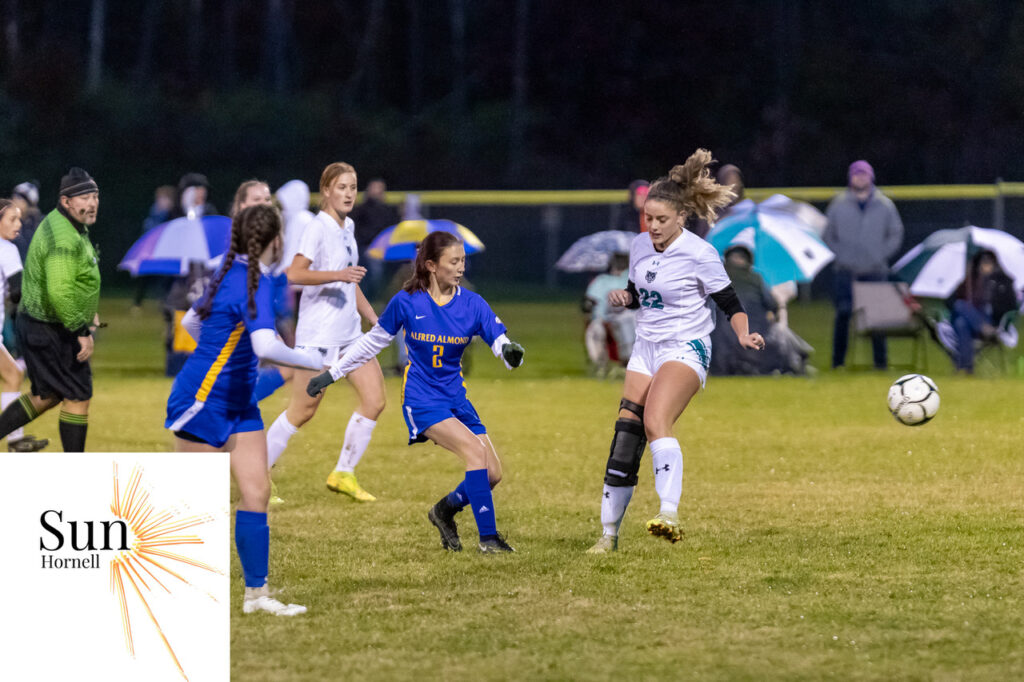 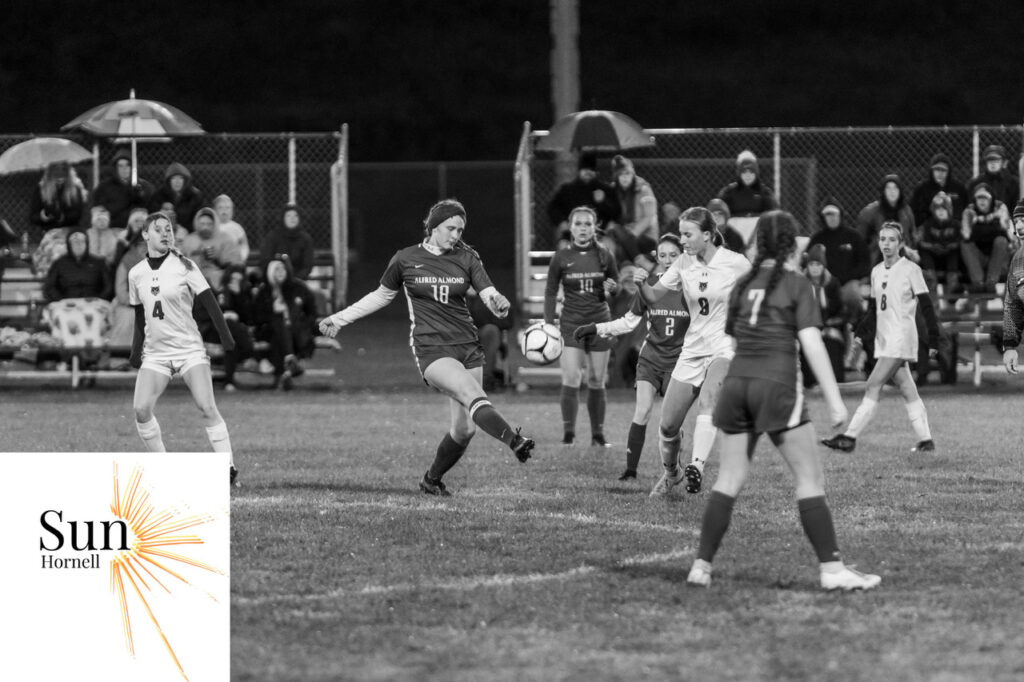 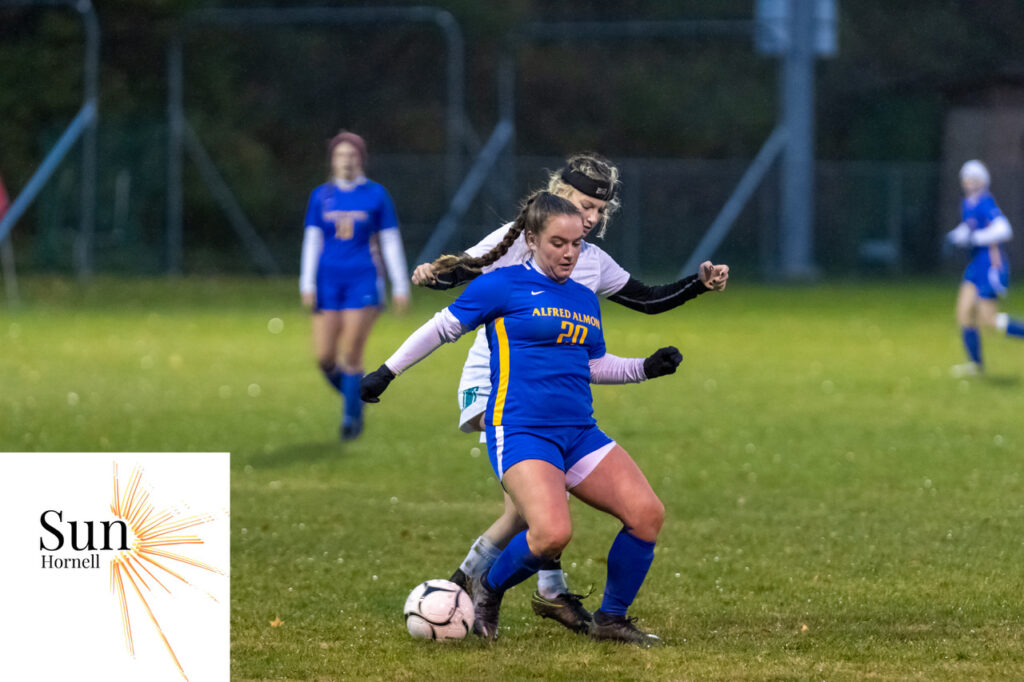 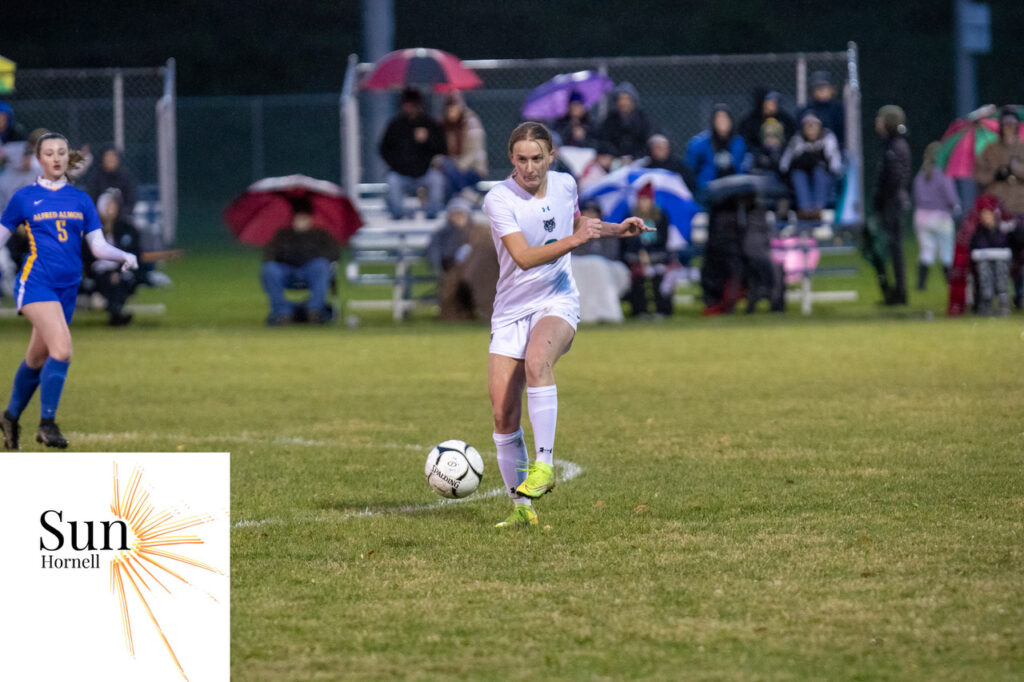 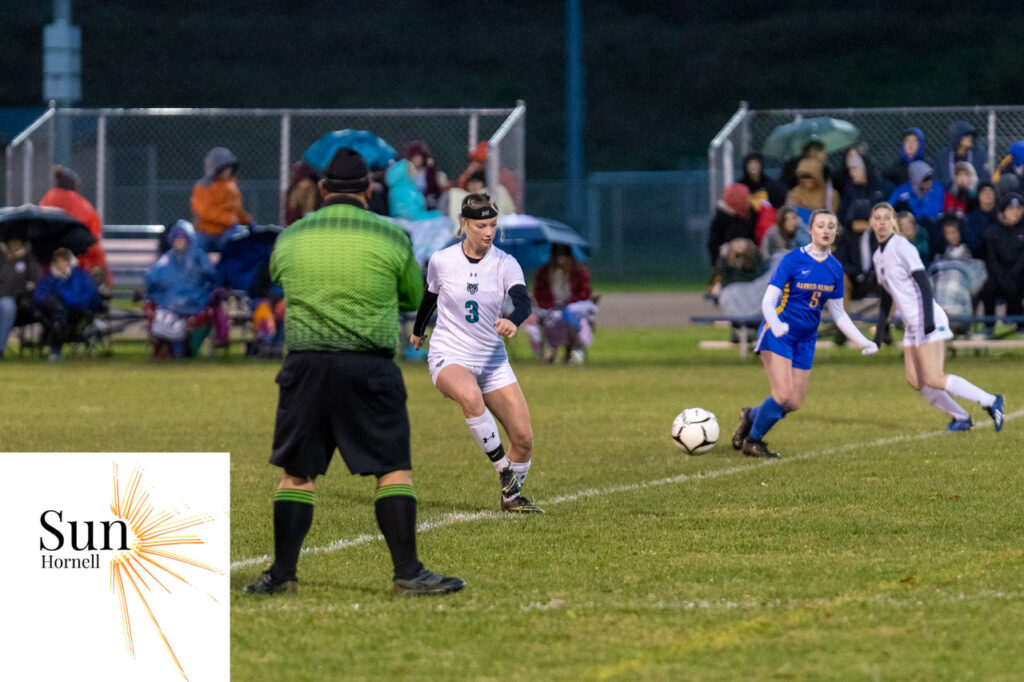 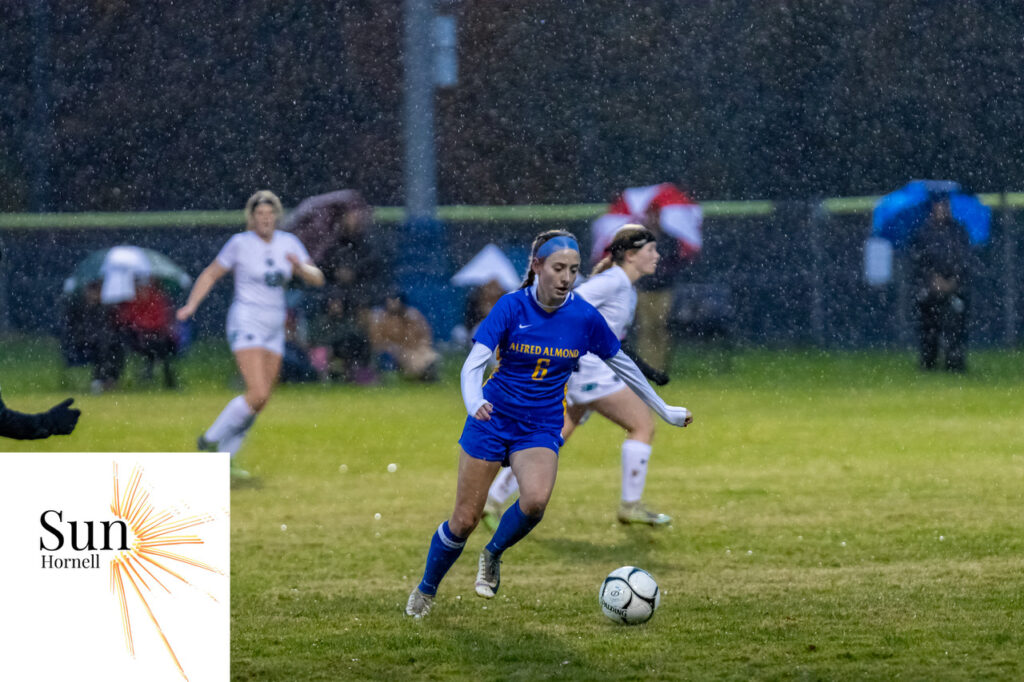 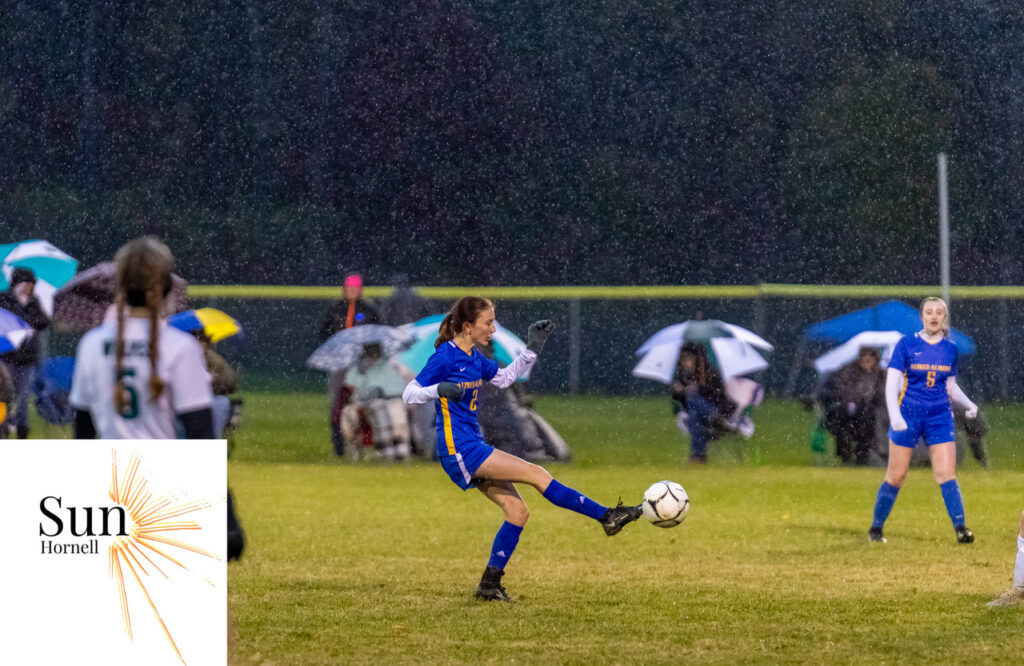 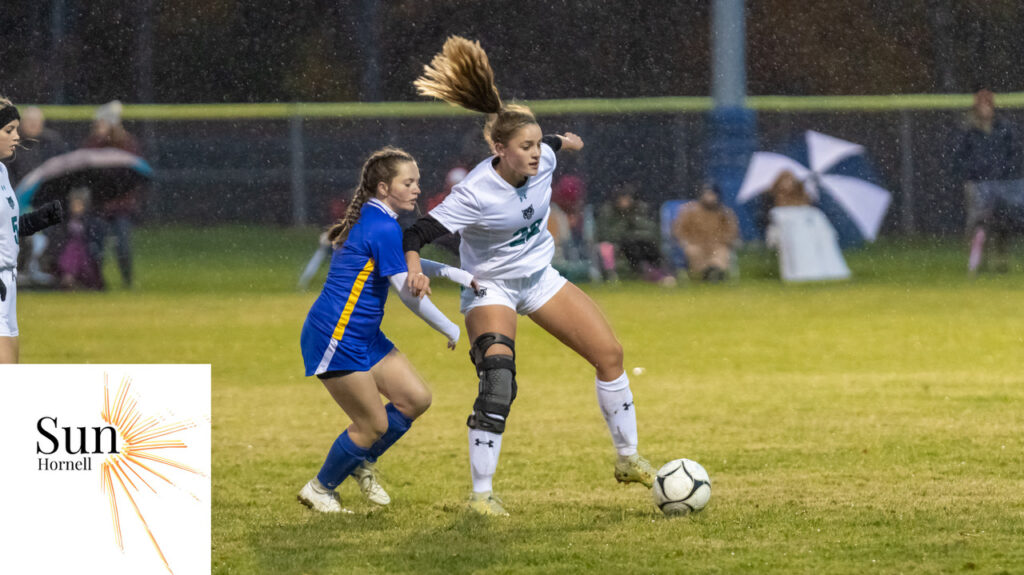 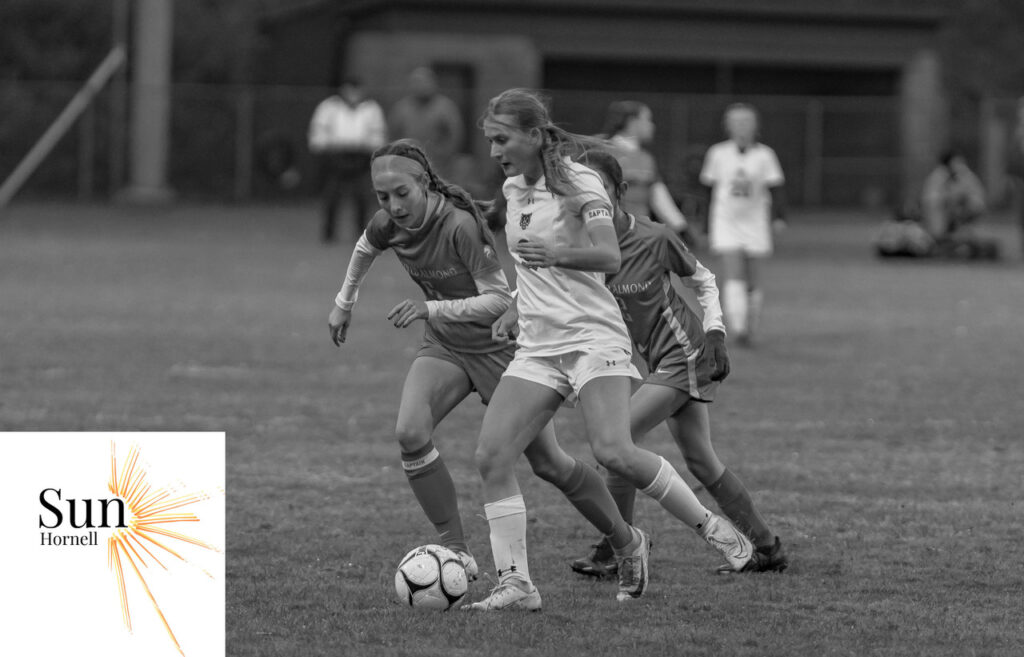 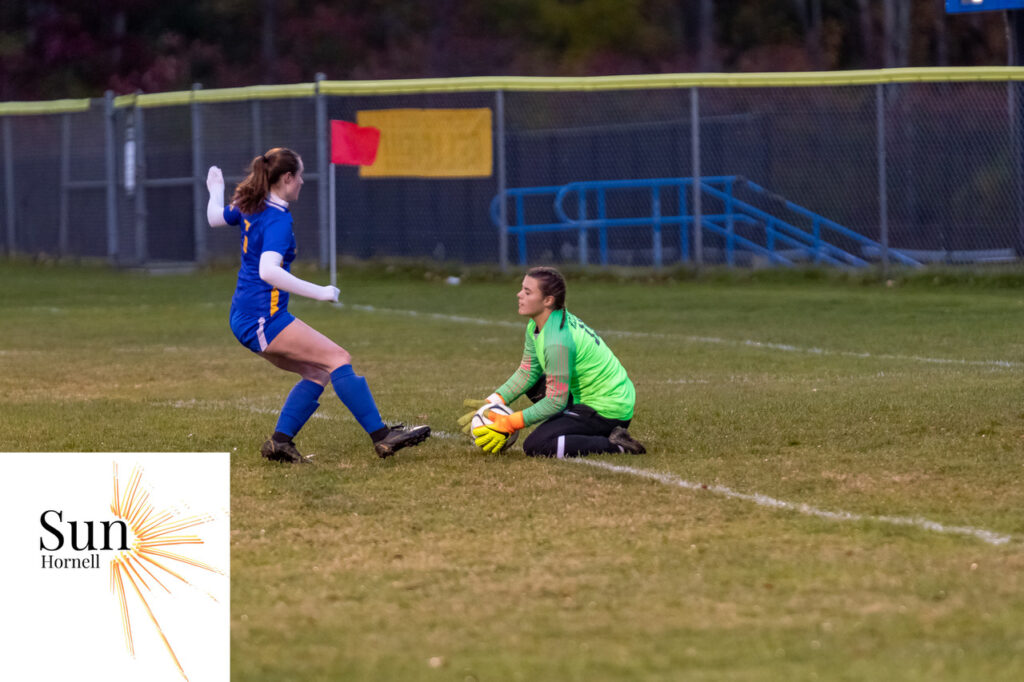 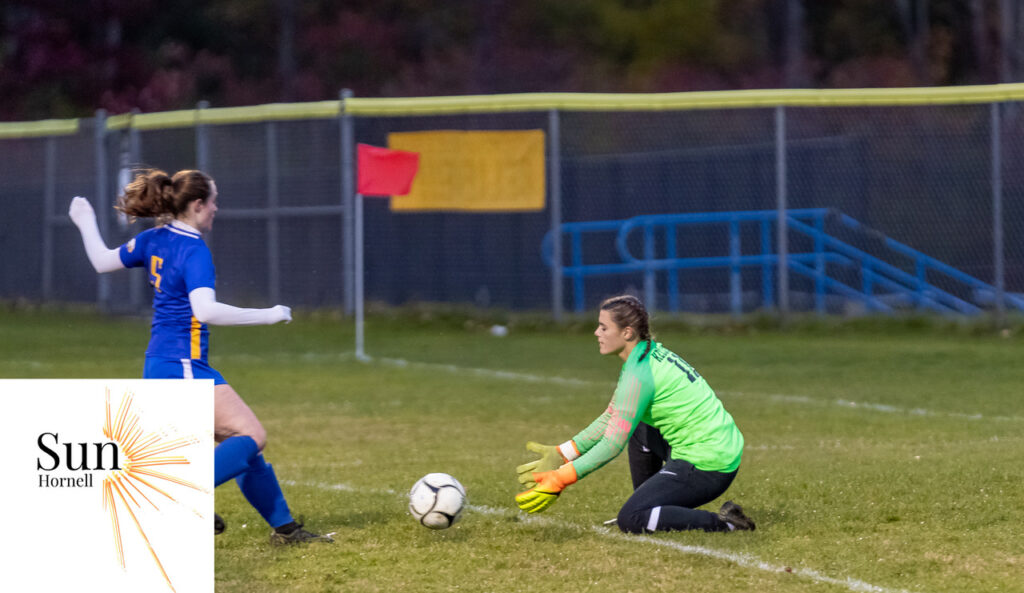 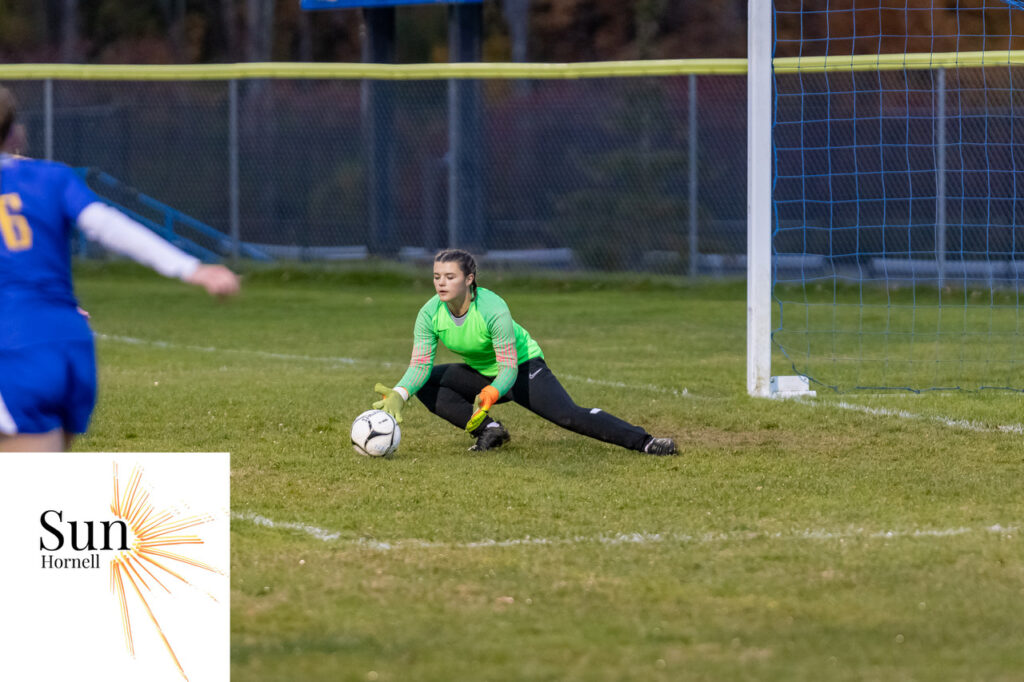 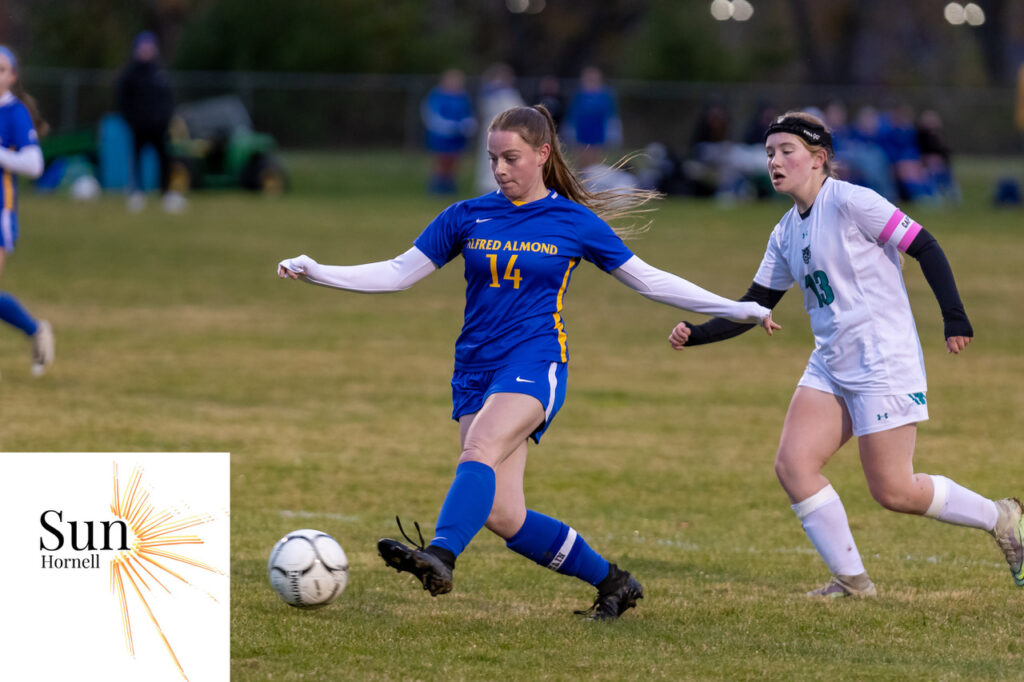 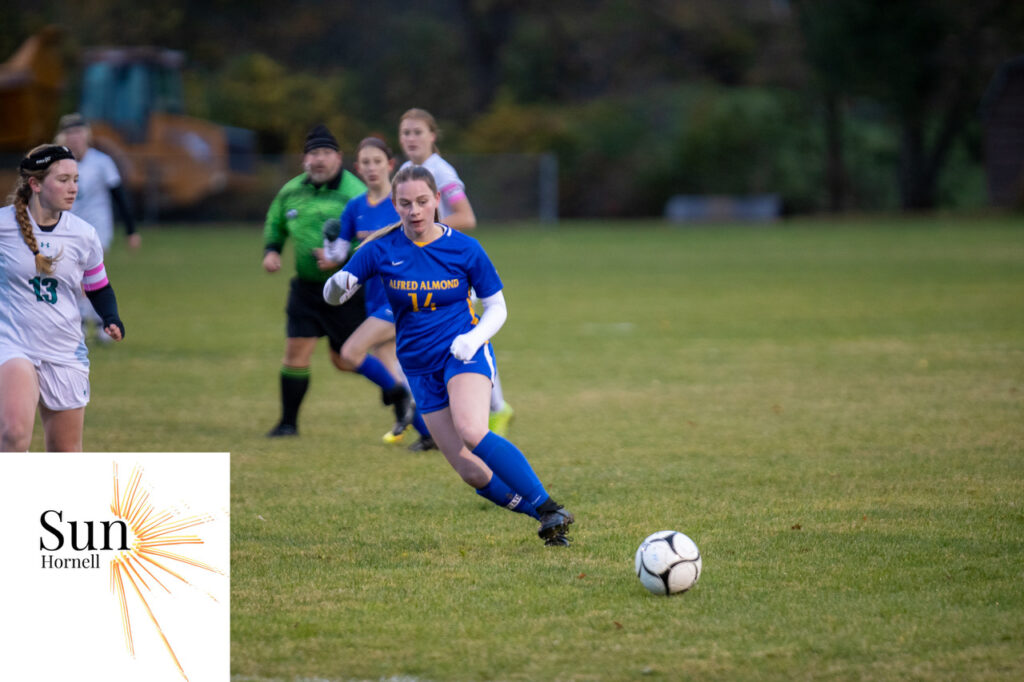 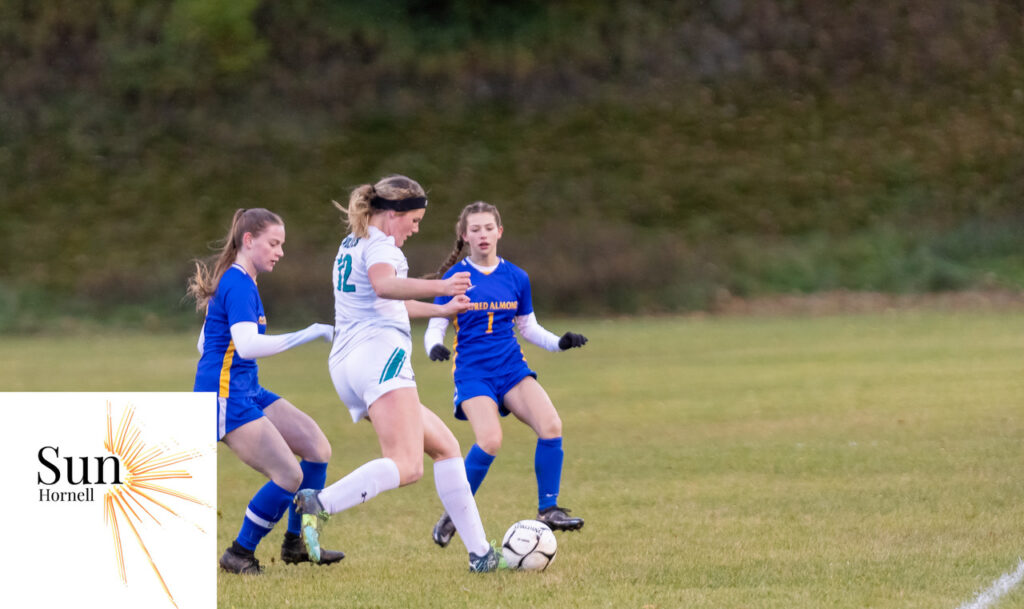 Did you watch this reporting by 60 Minutes ?

Record numbers and a flawless event for the Special Olympics at Alfred State College (video, photos and story)