BATH — One of the biggest characteristics that defending Class D State Champion Avoca/Prattsburgh has mastered over the past couple of seasons, is intensity. On any given night, just the right amount will begin flipping the switches to power up every single facet of the game.

On Saturday at the 7th Annual Dan Barkley Showcase in Bath, the Titans did just that. And then some.

Avoca/Prattsburgh was ripping and roaring right from the get-go against the Eagles of Fillmore, creating the first of three consecutive 20-point quarters to garner the lead. Further ahead, a strong finish to the first half and later, a brilliant start to the second half on both ends gave them all the room they needed to pull away towards victory by an 85-44 count in the first of two meetings both teams will have this season.

“Fillmore is one of the top teams in Allegany County, but my message after the game to the guys was come Sectionals, there’s a chance that we will see them again and it could be a very different game,” Titans coach Brian Putnam said. “We cannot overlook anybody. We have to take it one game at a time and just keep going.”

Right from the start, Avoca/Prattsburgh (10-2) didn’t waste any time putting their speed into full use, accounting for eight quick points before the Eagles provided their chance to respond with seven in a row shortly after, led by a Zach Sisson three and two additional freebies from the stripe. But the fort was held down by the Titans, as they created another run to end the quarter with: a 13-4 run led by some hot shooting by both Macoy Putnam and Haden Abbott, with Abbott tallying 11 of the team’s 21 points.

He would conclude the night as the Player of the Game in Steuben County’s fifth winner of the Showcase, as he concluded an overwhelmingly strong offensive night with a game-high 32 points.

“Haden did a great job of knocking down shots. He is very good for us with scoring,” Putnam said. “I think sometimes things get overlooked or the people who help create that for him get overlooked. That’s what I love about this team, how unselfish we are with the ball. Nobody cares who gets points, as long as when it’s done, we’re on top. It’s a blessing the way these kids play. It’s incredible.”

The intensity would catch fire one more time in the third quarter to allow Avoca/Prattsburgh to close the game out over Fillmore (5-4), with Abbott re-igniting his stroke from downtown with two more three-pointers in a row to widen the lead even further away from the reach of the Eagles. When it was all said and done, the Titans amassed a 26-7 frame against the Eagles to officially help themselves lay claim to the triumphant battle once and for all.

Finishing behind Abbott was Macoy Putnam, who netted 16 additional points. Sawyer DeVoe had 14 points, while Evan Campbell followed with five. For the Eagles, Mitch Ward led all scorers with 11 team-high points. Luke Colombo recorded eight points, and Jair Bialek completed the night with five more of his own. Fillmore will return to action Thursday night back inside The Rock, where they face Bolivar-Richburg in a 7:30 p.m. tip-off.

Avoca/Prattsburgh will now host Jasper-Troupsburg, winners of eight straight, on Thursday at 7:15 p.m. in Avoca. 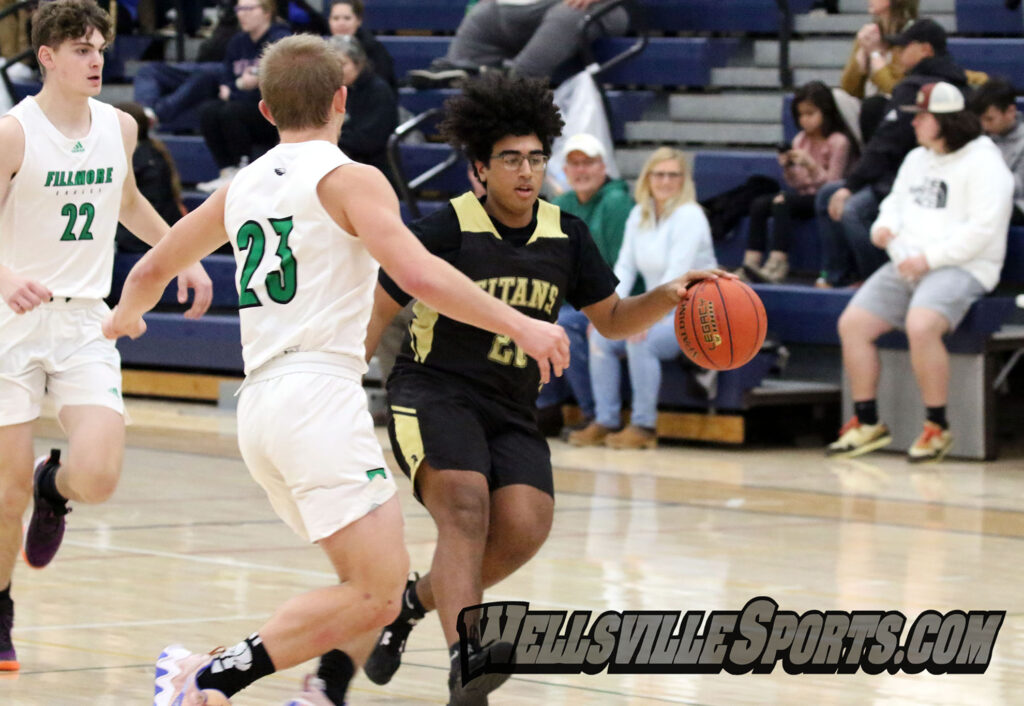 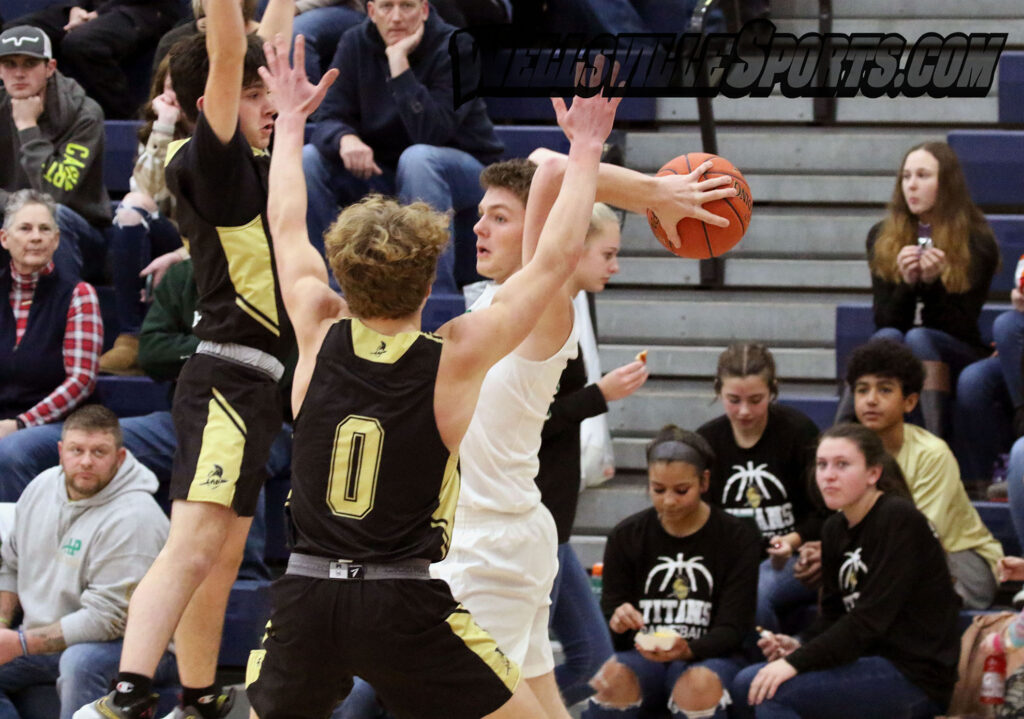 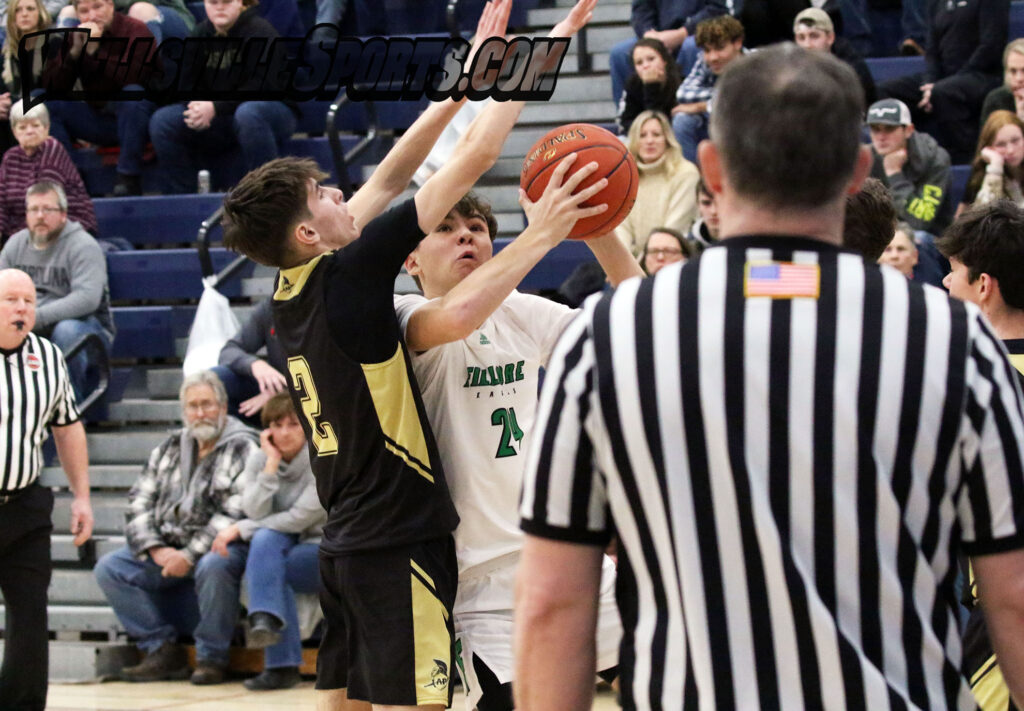 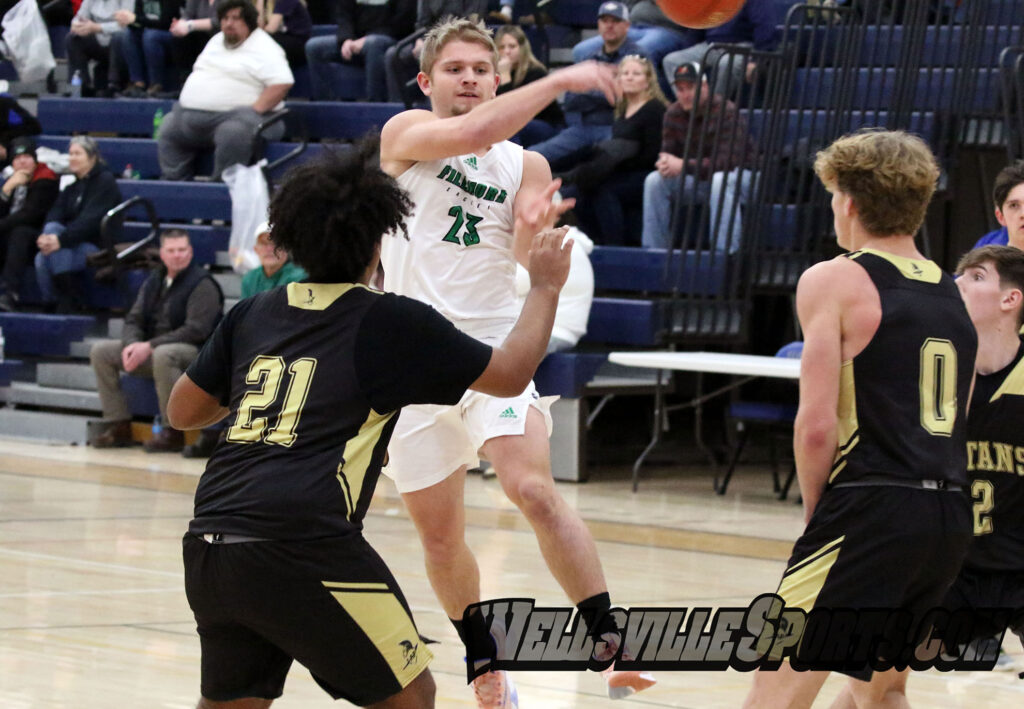 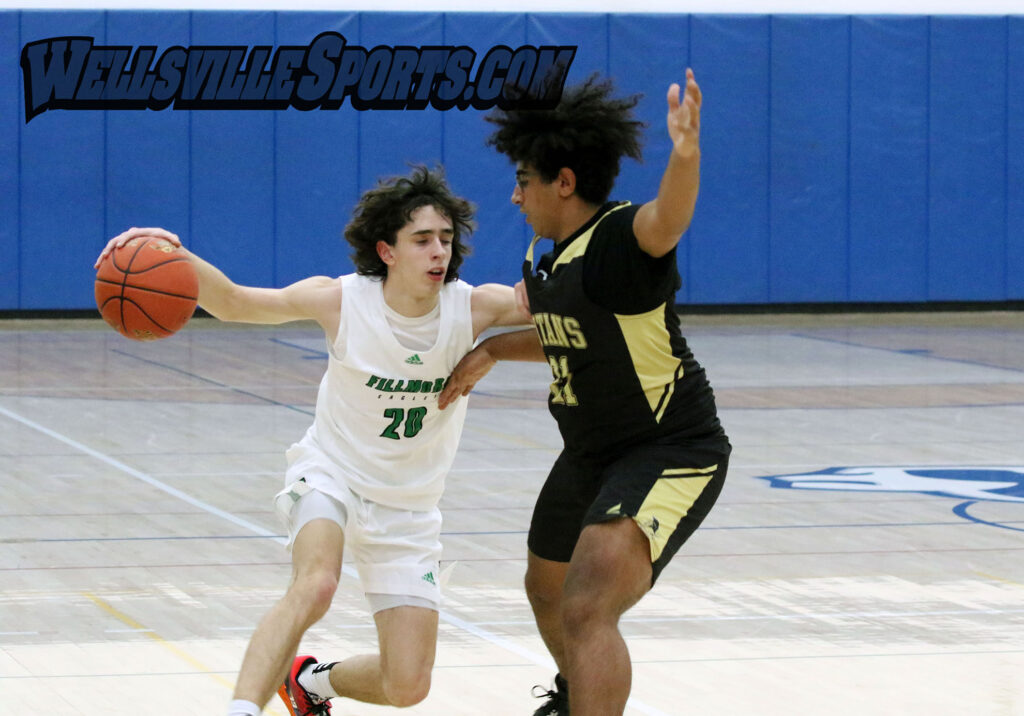 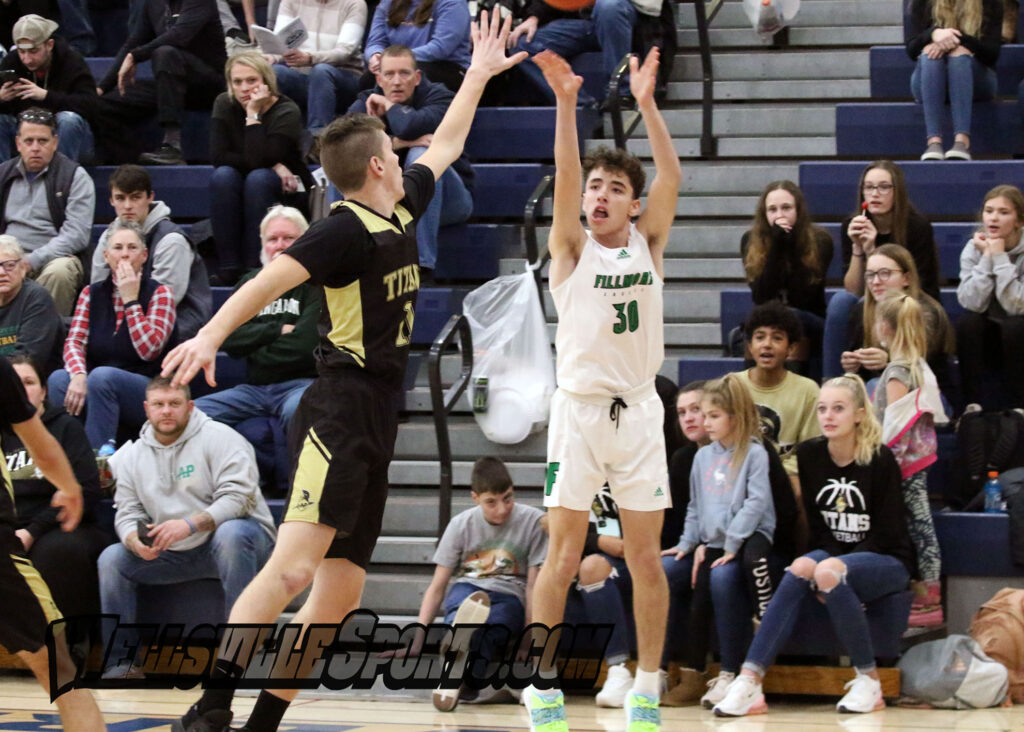 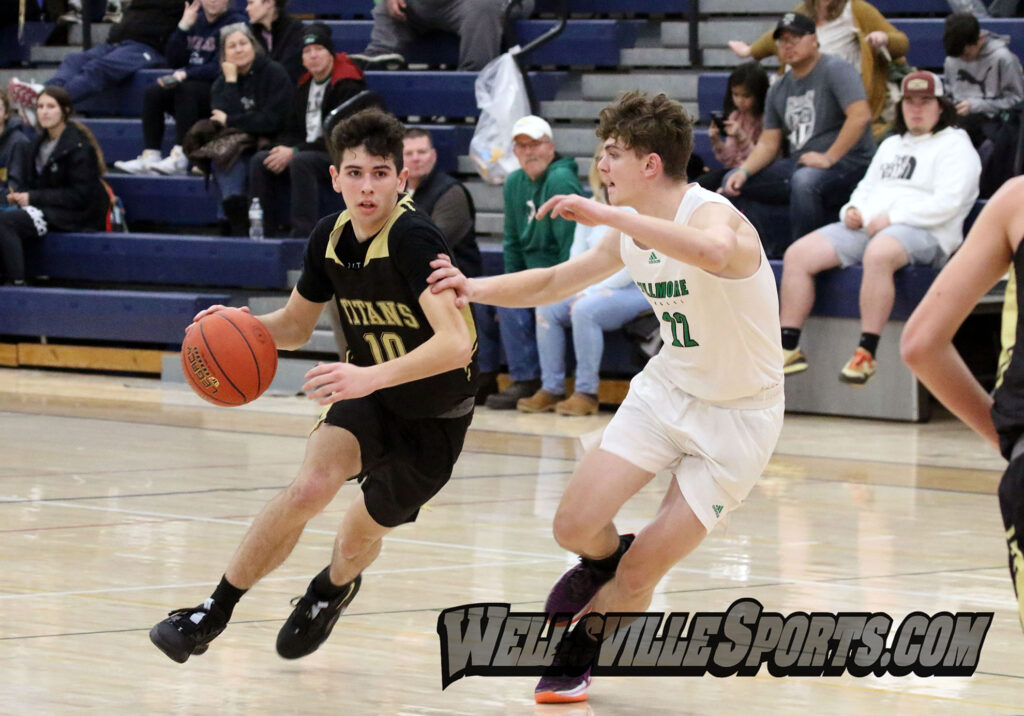 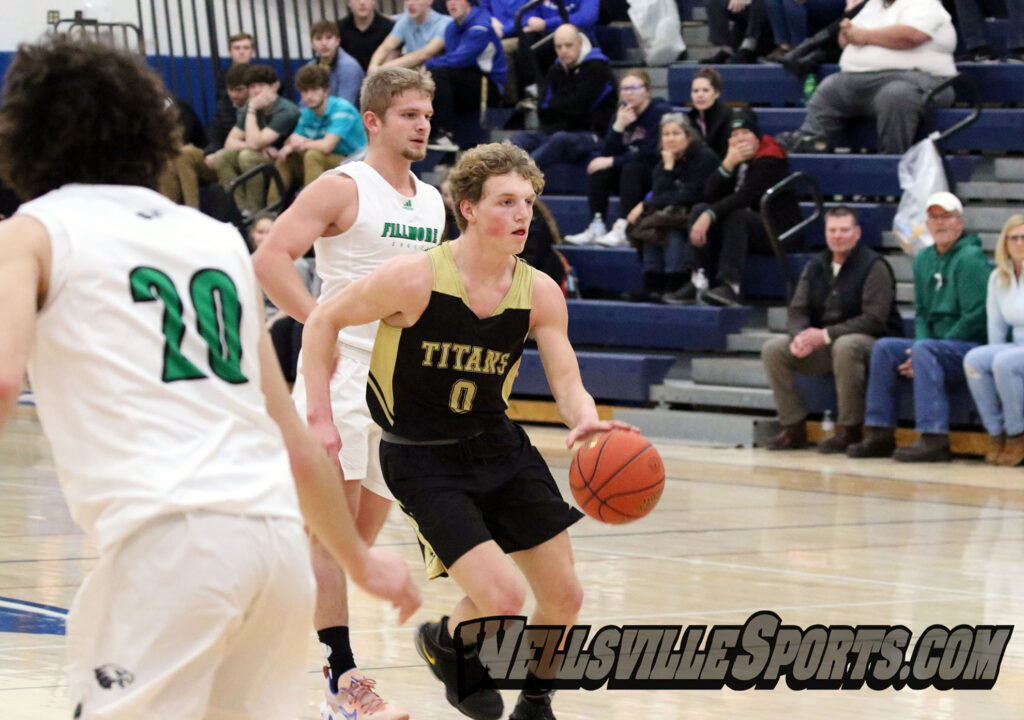 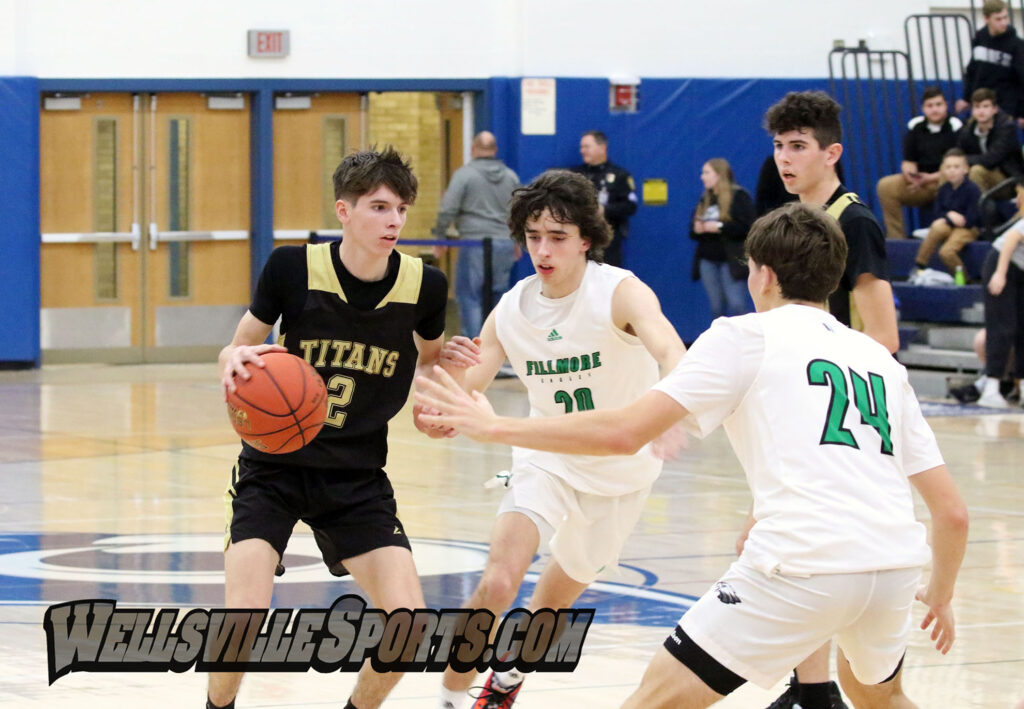 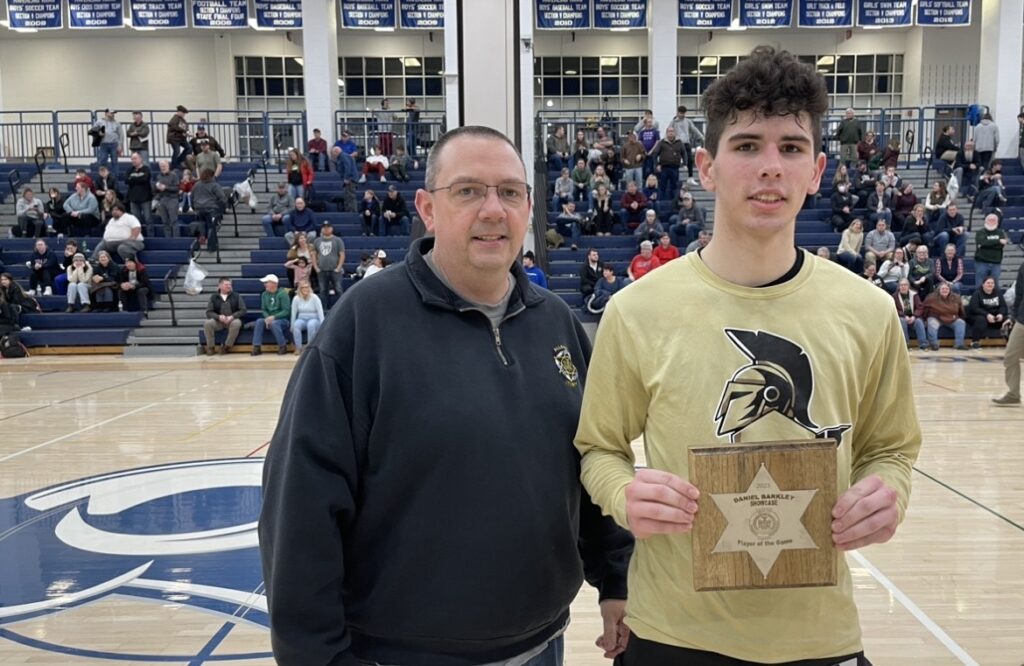